Khabib strolled into the Abu Dhabi fight hotel at 8.50am local time, close to 6am in England, for a test weigh-in and instantly needed a towel to cover his modesty while he stripped naked to qualify for the title defence. 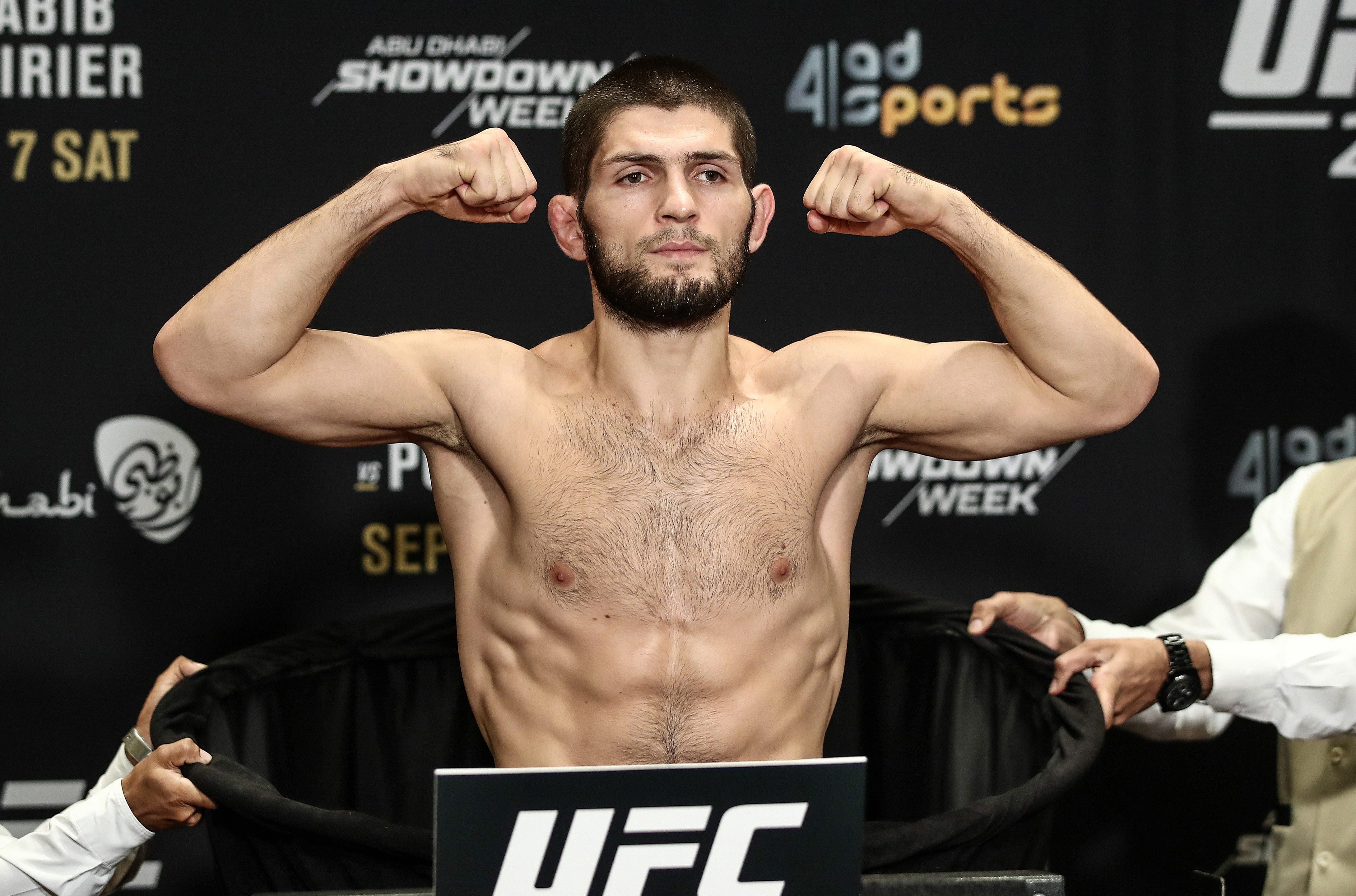 The devout Muslim closed his eyes and raised his hands momentarily and appeared to offer up a small prayer as the officials took the measurements.

The result was a pleasing one and his team happily reported they would be back in 10 minutes to make the news official and free him up to rehydrate and feast.

On Thursday, when the MMA promotion’s stand-out star refused to undertake the media day interviews, fans were concerned he could be struggling with the weight again.

The expert wrestler has twice been forced to fight at catchweight and was hospitalised in 2017, forcing his scheduled bout with Tony Ferguson to be axed. 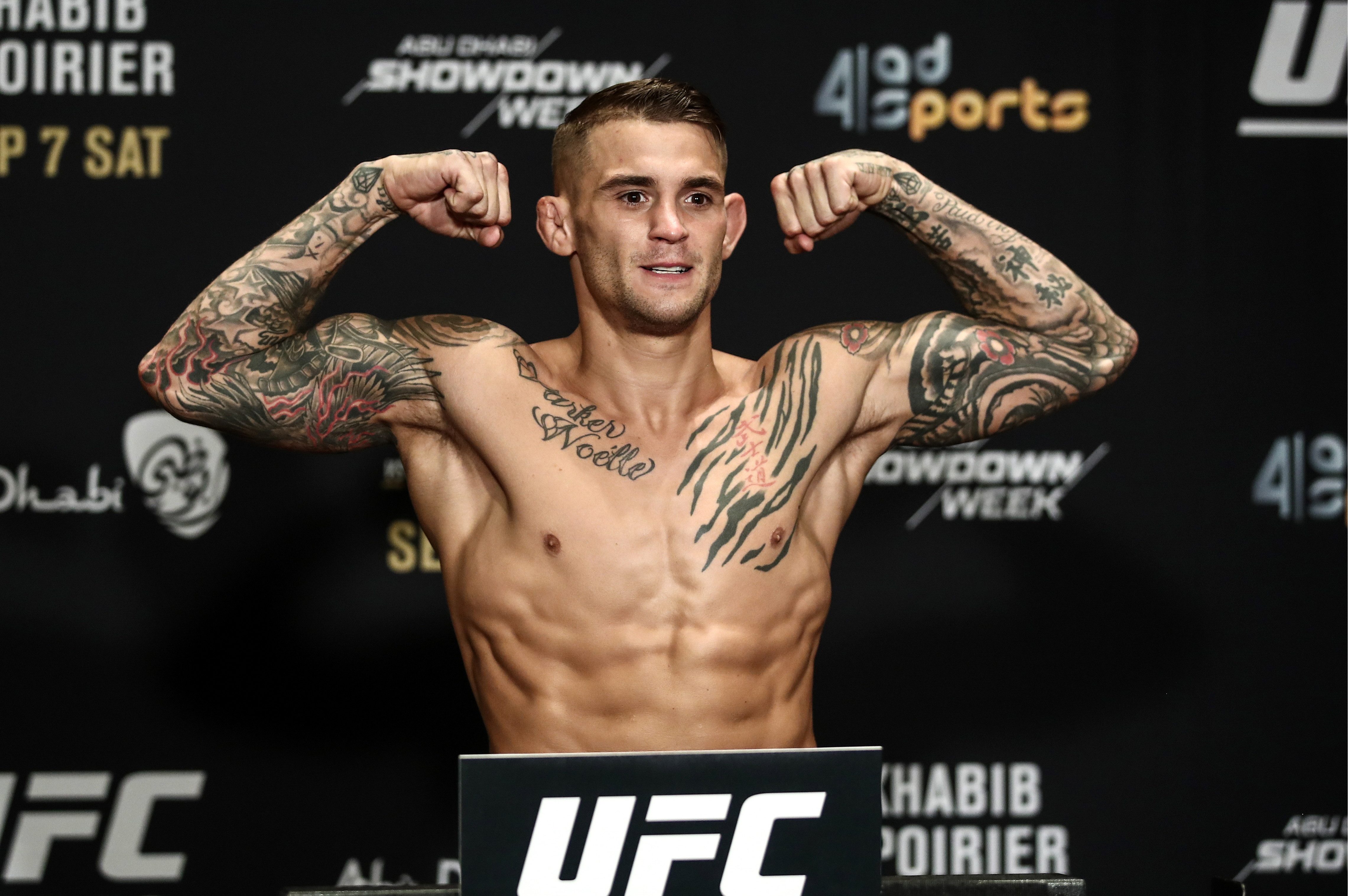 But, in the baking Abu Dhabi desert, where temperatures have been hitting as high as 47 degrees, he was bang on the money when he returned to the stage at 9am.

UFC footage from his fight week had shown him training in a sweatsuit to shift the final few pounds and he made the 11st without looking too depleted.

And British MMA pioneer Dan Hardy believes the successful wight-cut is is Khabib's first big win of the weekend, he said: "His first opponent is the scales and then he has to get past Poirier.

"I think of all the people around Khabib, Khabib is the one who is most realistic about what he’s up against.

"The rose tinted glasses that his fans wear set the standard so high that he has to raise himself to meet their expectations.

"This is a very, very tough fight for him.

Poirier followed him and kept his undies on to make 155lbs dead-on.