Kyrgios defeats Johnson in US Open first round but irks opponent

‘You could not have picked a more boring sport as a profession… no f***ing joke’: Nick Kyrgios produces ANOTHER outburst in US Open first round win – before his opponent calls his erratic behaviour a ‘s***-show’

Nick Kyrgios once again lived up to his billing at the US Open, by producing another bizarre outburst during his victory over American Steve Johnson.

The Australian got his tournament off to a winning start with a straight-sets victory over Steve Johnson, but irked his opponent after responding to calls from the crowd.

Kyrgios upped the gears to pull off a 6-3, 7-6, 6-4 win at Flushing Meadows, but was his usual boisterous self and argued with the umpire for not addressing rowdy crowd members moving among the seats, before personally addressing the crowd himself and saying in usual flippant fashion: ‘You could not have picked a more boring sport as a profession.’

Scroll down for videos 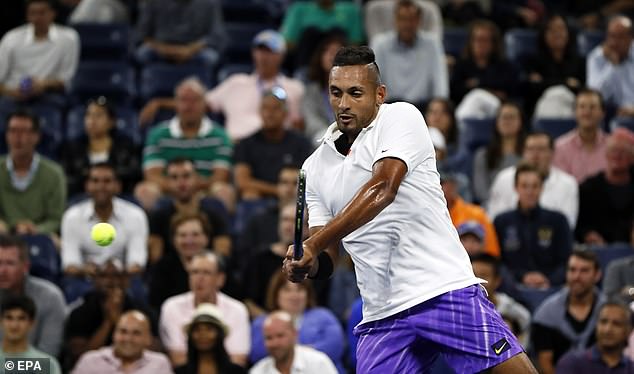 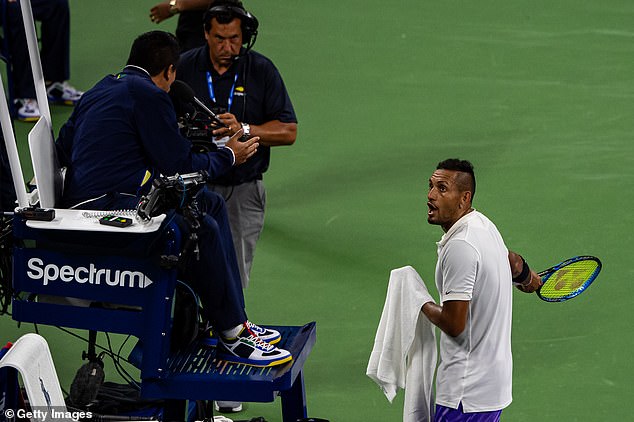 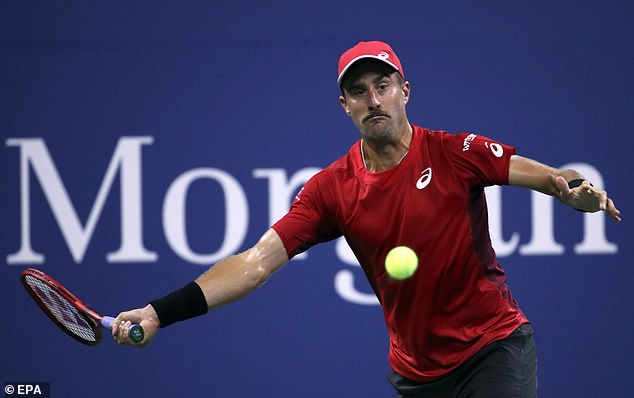 It was in the second set when the fireworks looked set to ignite after Kyrgios took aim at a rowdy section up in the stands, who he felt should remain seated during the play.

After shouting back to the fans he was handed a code violation for an audible obscenity which he took issue at.

He then opted to continue the conversation after holding serve and questioned why the umpire wasn’t controlling the crowd and instead handed him a caution. The pair exchanged heated conversation, as all the while Johnson had no option but to simply return to his chair.

His American opponent wasn’t happy with the exchange of words and delivered a pointed line to Kyrgios in the immediate aftermath of the umpire quarrel.

‘Do you want to play f***ing tennis or host a sh*t show?’ Johnson was heard saying. 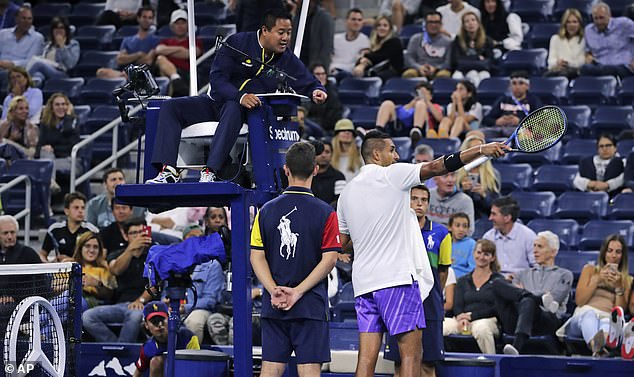 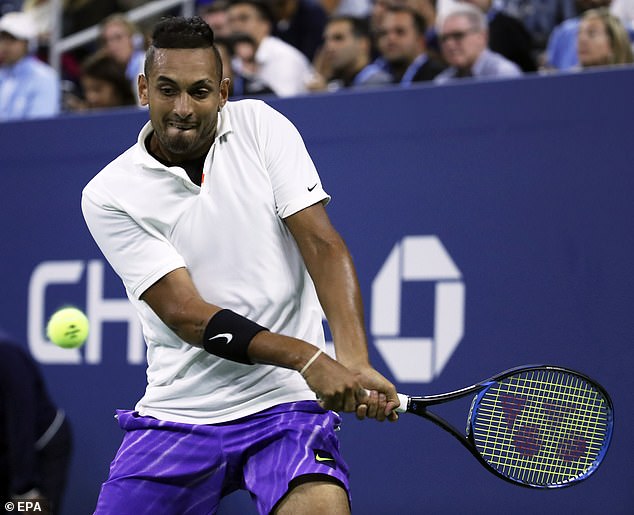 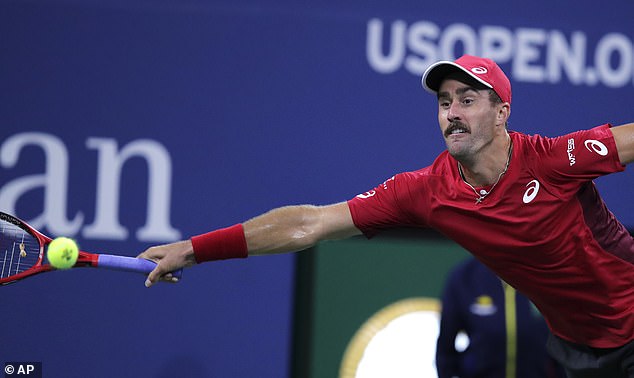 Kyrgios then later went on to captivate the crowd after playing a series of dazzling shots during a tie break, to tip the momentum in his favour and go on to secure victory.

Scheduling meant the contest had been pushed back considerably from its original start time, beginning at 11.10pm, and Kyrgios thanked fans in the aftermath.

‘I want to just thank you guys for staying out, I know it’s late and I appreciate that,’ Kyrgios said following the win.

‘Steve is a hell of a player, he’s one of my good mates in the locker room and he played well I knew I had to play the right type of tennis and I’m happy to get through.’