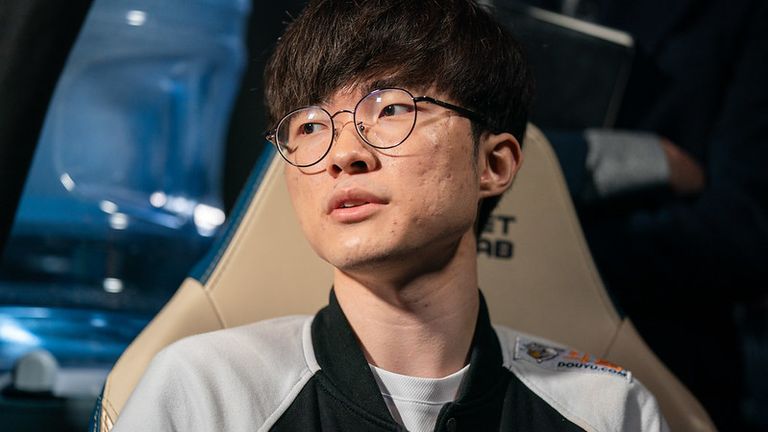 Week One of the League of Legends World Championship group stage has come to a close. Things are looking good for SKT and G2 but week two will be a lot tougher for some of the other competing teams. Here’s a round up of all the action you missed from day four.

Royal Never Give Up vs Fnatic 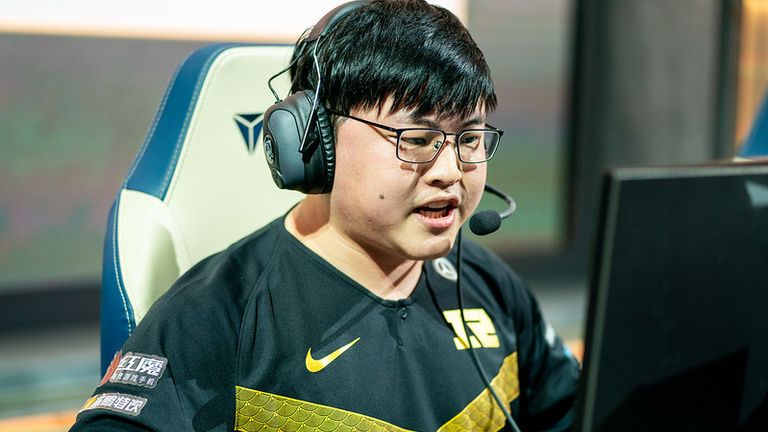 It was a tough start for Fnatic who couldn’t fend off China’s second seed in the first game of the day.

Nemesis tries to save FNC in the final teamfight but @UziRNG reigns surpreme! #Worlds2019 pic.twitter.com/sBubb1bPB6

He said: “I know other people might think we’re the best bot lane in the world but I’m not sure because if we lose a game, I don’t think we can be considered as the strongest. The strongest would have to be the team that gets to the finals. However, for me, personally, Uzi is the best ADC in the world. 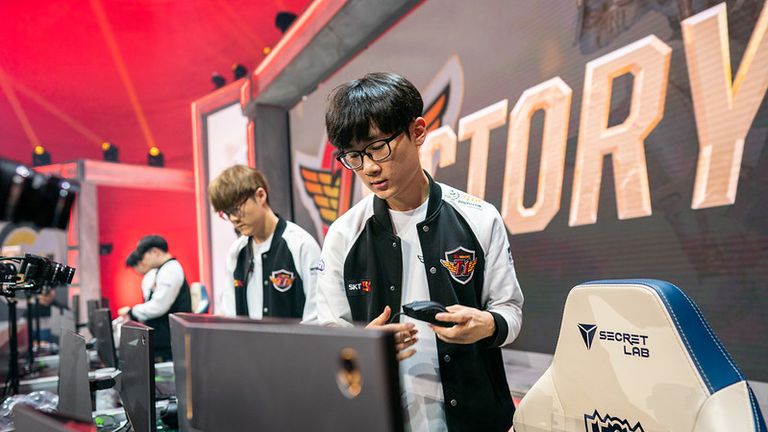 It was a rough day for Clutch Gaming who got dismantled by a dominant and determined SKT side.

Claiming 16 kills and a 17k gold lead in less than 28 minutes, SKT rounded up week one of the group stage with an impressive 3-0 record. Faker once again had another perfect KDA of 7/0 and Effort was the only player on the SKT team who died. The support admits he doesn’t care much for his KDA and just wants his team to succeed.

He said: “So, I remember there were two deaths. The first one had to happen, I couldn’t avoid it but the second one was my mistake. Maybe because I am a support player, I don’t really pay too much attention to my KDA, I just want my team to win.

Faker escapes the 1v4 and @T1LoL get the Baron! #Worlds2019 pic.twitter.com/W1LpSAwO9F

“It’s the end of the first week, getting the first win and 3-0 is really amazing. It was not an easy win but we had the confidence that we’d get this win anyway.” 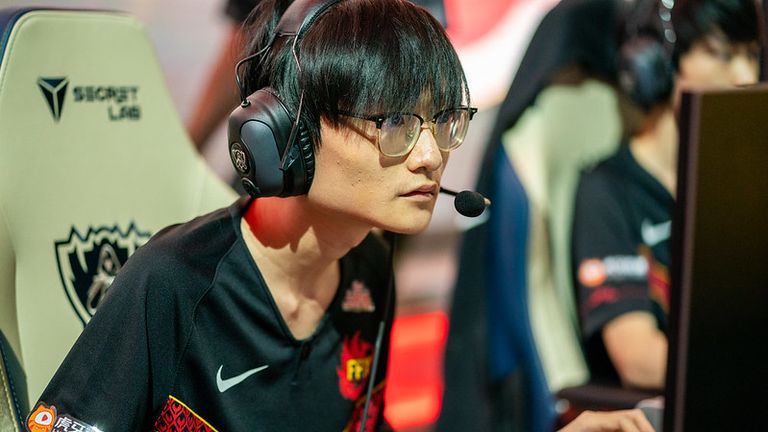 FPX followed SKT’s assault on Clutch with one of their own as they took down GIGABYTE Marines in a match that overtook G2 and Cloud9’s game as the fastest group stage game in the tournament so far.

FPX redefined the term ‘jungle difference’ through Tian‘s Qiyana. Tian managed to snowball both his bot and top lane within the first five minutes of the game. FPX also managed to secure two Infernal dragons along with a 22-minute baron which helped them to end the game.

The Chinese first seed will go into week two with a 2-1 record – while everything is still to play for, their impressive victory over GAM puts them in the strongest position in Group B. 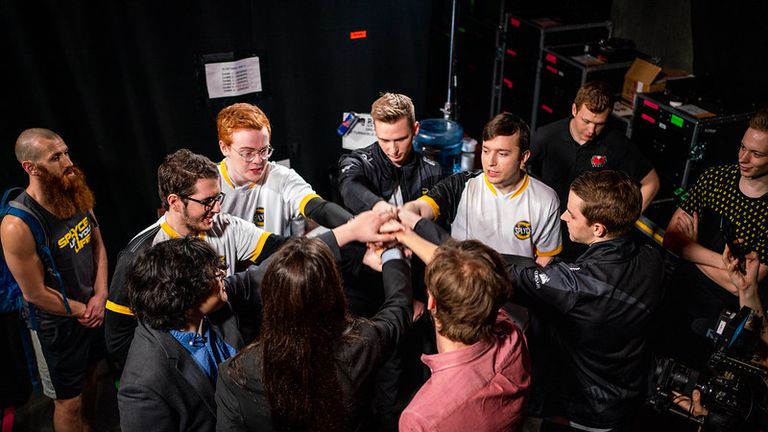 J Team‘s fortune has taken a turn for the better after they defeated Splyce, whose chances of getting out of groups is hanging by a thread.

Splyce attempted an early lane swap between top and bot but was quickly sussed out by J Team who wasted no time to shut them down. Humanoid, who struggled against FoFo‘s LeBlanc believes there’s still a chance for Splyce to make it to the knock out stage but to do so they must beat the two weaker teams in their group.

He said: “It was kind of an important match so it’s pretty tough. I was expecting the game to be close because I think we’re similar level teams but it didn’t really work out.

“We have to win at least two games to have a chance to get out of groups. We have to beat GAM and J Team because FPX will probably be first seed regardless.”

J Team’s Lilv on the other hand is much more confident in comparison to their loss against GAM yesterday.

He said: “We’re feeling much better today, after this win we’re going into the next round 2-1. Losing to GAM yesterday really affected us because we shouldn’t have lost like that but our coach reassured us to not to dwell on it. He took responsibility for the draft and urged us to get a good night sleep and have a fresh start today. 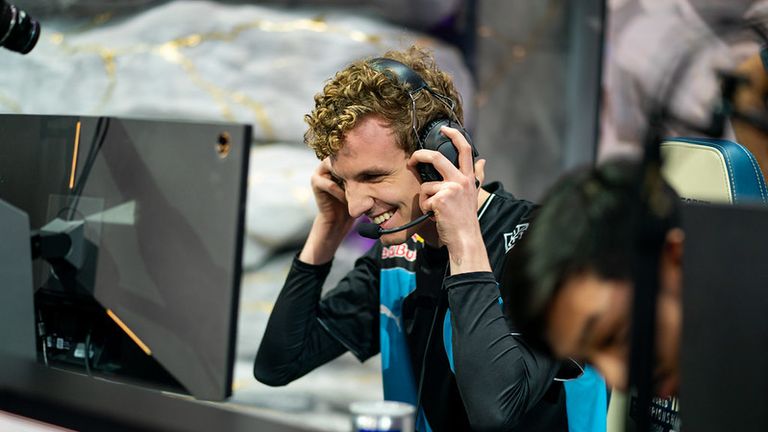 Up next, it’s more heartache for Cloud9 who threw away their early game lead and allowed Griffin to finish their week in a comfortable 2-1.

Licorice stepped up for C9 from the outset and completely dominated his lane against Sword‘s Gangplank. The North American second seed also managed to secure the Rift Herald along with baron when Griffin were concentrating on shutting down Licorice’s split push.

However, a mistimed teleport from the C9 top lane carry lost a crucial team fight for C9 which allowed Griffin to switch up the momentum and take the next baron for themselves.

It was the Korean side that came out on top in the end and C9 will go into next week with a 1-2 record. 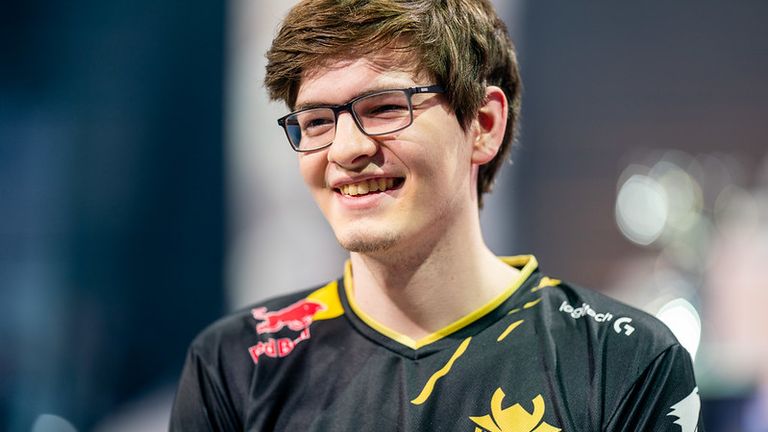 G2 Esports were the only winning EU team of the day – they took down Hong Kong Attitude who put on their best performance in the tournament so far.

Fans were treated to Perkz on his iconic Yasuo and Mikyx on one of his most reliable picks – Rankan. But the G2 support looked shaky and was picked off multiple times by HKA.

The LMS underdogs soon found themselves with a gold lead but G2 responded in the form of Caps and Perkz, who managed to carry their side in team fights, regain the lead and take baron.

In the end, it was G2 who prevailed despite HKA’s best efforts to deal with the fast-paced game the European champions love playing and HKA’s mid laner M1ssion admits that they were trying to emulate G2’s playstyle.

He said: “The enemy team was very good, they played very fast. For the past few days, we’ve been looking at all the G2 vods and we noticed that they were playing incredibly fast and aggro and we tried to copy the things they do early.

“They’re a team who play with a lot of freedom. It’s like nothing and no one scares them and no one really hesitates – it’s hard to play against that.”

Here are the Group Standings after the first round robin!

The 2019 World Championship Group Stage continues on Thursday at 3PM CEST // 6AM PDT with the conclusion of Group B! #Worlds2019 pic.twitter.com/pfYXinwslP