Home » Sport » LeBron James said he watched ‘every single minute’ of the 2019 playoffs from his home, Cabo San Lucas, or a hookah lounge and analyzed the play

LeBron James said he watched ‘every single minute’ of the 2019 playoffs from his home, Cabo San Lucas, or a hookah lounge and analyzed the play 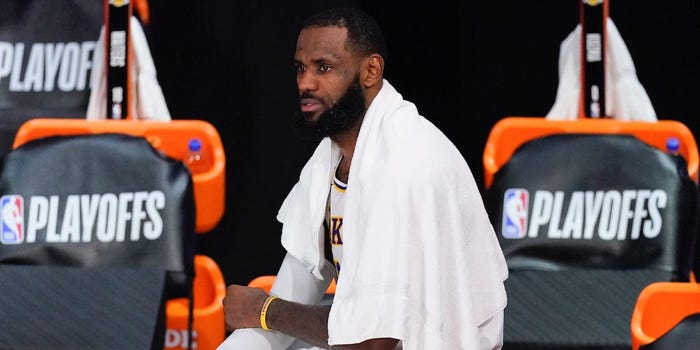 LeBron James didn't play in the 2019 playoffs, but he made sure to watch every minute of it.

James' first season with the Los Angeles Lakers was derailed by injuries, trade rumors, and an uneven roster. His 13-year playoff streak was snapped, missing the postseason for the first time since 2005.

After helping the Lakers beat the Denver Nuggets on Saturday to make the NBA Finals, James reflected on watching all of last year's playoffs and where he watched from which included a hookah lounge.

James said his wife didn't enjoy all of the basketball, but "she'll be OK."

While James said he loves basketball and the competition, he said he also watched to analyze the play and figure out what he would do in certain situations.

James is known to be a basketball junkie and a diligent student. He has said he records games via DVR so he can watch them back to study his opponents.

Missing the postseason stung James, and he said he was motivated all year to prove critics who thought he was washed up wrong.

"I heard all the conversations and everything that was said about why did I decide to come to L.A. — the reason I came to L.A., it was not about basketball. All those conversations, just naysayers and things of that nature. I understood that, with the season I had last year and my injury, it just gave them more sticks and more wood to throw in the fire to continue to say the things that they would say about me. But it never stopped my journey and never stopped my mindset."