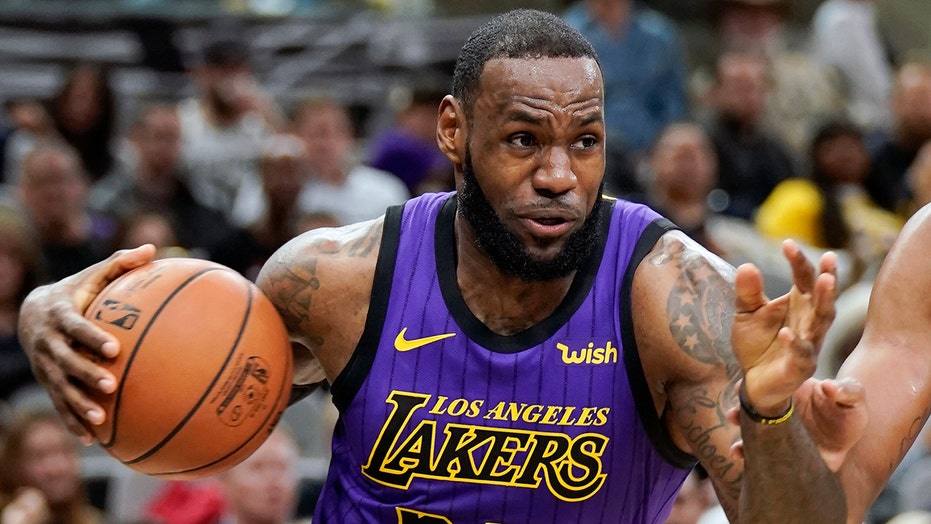 Fox News Flash top headlines for May 9 are here. Check out what’s clicking on FoxNews.com

The Los Angeles Lakers are going through a tumultuous time and it reportedly includes trade rumors swirling around their superstar LeBron James.

“Hollywood people” around Lakers owner Jeanie Buss have told her to trade James, who signed a four-year deal with the team last summer, ESPN’s Stephen A. Smith said on “SportsCenter” Wednesday night.

“Nothing is out of bounds right now. We don't know what the hell is going on in Los Angeles,” Smith said. “You've got folks close to Jeanie Buss imploring her to trade LeBron James. He does not have a no-trade clause, and now you haven't given him the coach he wanted.”

Smith was referring to the reported breakdown in talks between the Lakers and Ty Lue. ESPN reported, citing sources, that Lue and Lakers officials ended talks about him becoming the next head coach after he turned down an offer. The Lakers reportedly offered Lue a deal in the range of three-years and $18 million.

The latest rumor comes on the heels of James revealing on his HBO show “The Shop” that he found out from a friend that former president of basketball operations Magic Johnson had stepped down.

Smith characterized the people talking to Buss about a potential James trade as “Hollywood people” and added he wasn’t sure who she was listening to.

“More importantly, if you're not competing for championships, who's to say you're not going to decide that it's best to move LeBron James? Particularly, when I'm hearing there are people in her ear—albeit Hollywood people, not basketball people—that are telling you to move LeBron James and use him to acquire a multitude of prime assets. Who's to say the Lakers are gonna keep him? We don't know because we don't know who's running the organization,” he said.

James missed out on the playoffs for the first time in 13 seasons. The team missed on trading for Anthony Davis and fired coach Luke Walton at the end of the season. The team hopes to strike big during the upcoming free-agent period, but at this point it doesn’t appear any major free agents would be willing to sign with the purple and gold.