THE SORCERER and his one-time apprentice conjured up a Fantasia of a game.

For a while Pep Guardiola was the Mickey Mouse character in that Disney classic, helpless as Marcelo Bielsa’s Leeds poured forward in the pouring rain like the brooms and buckets in the cartoon. 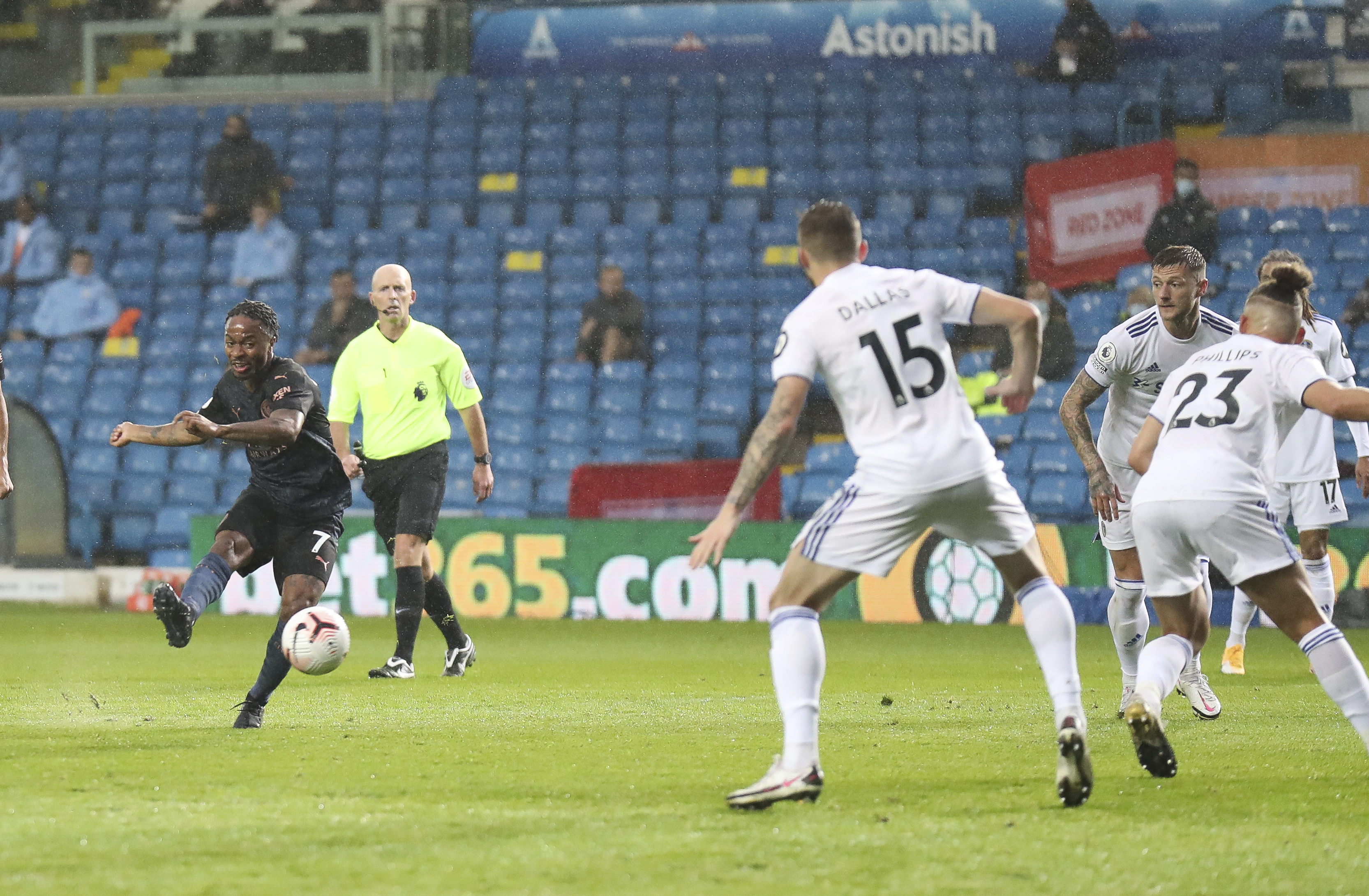 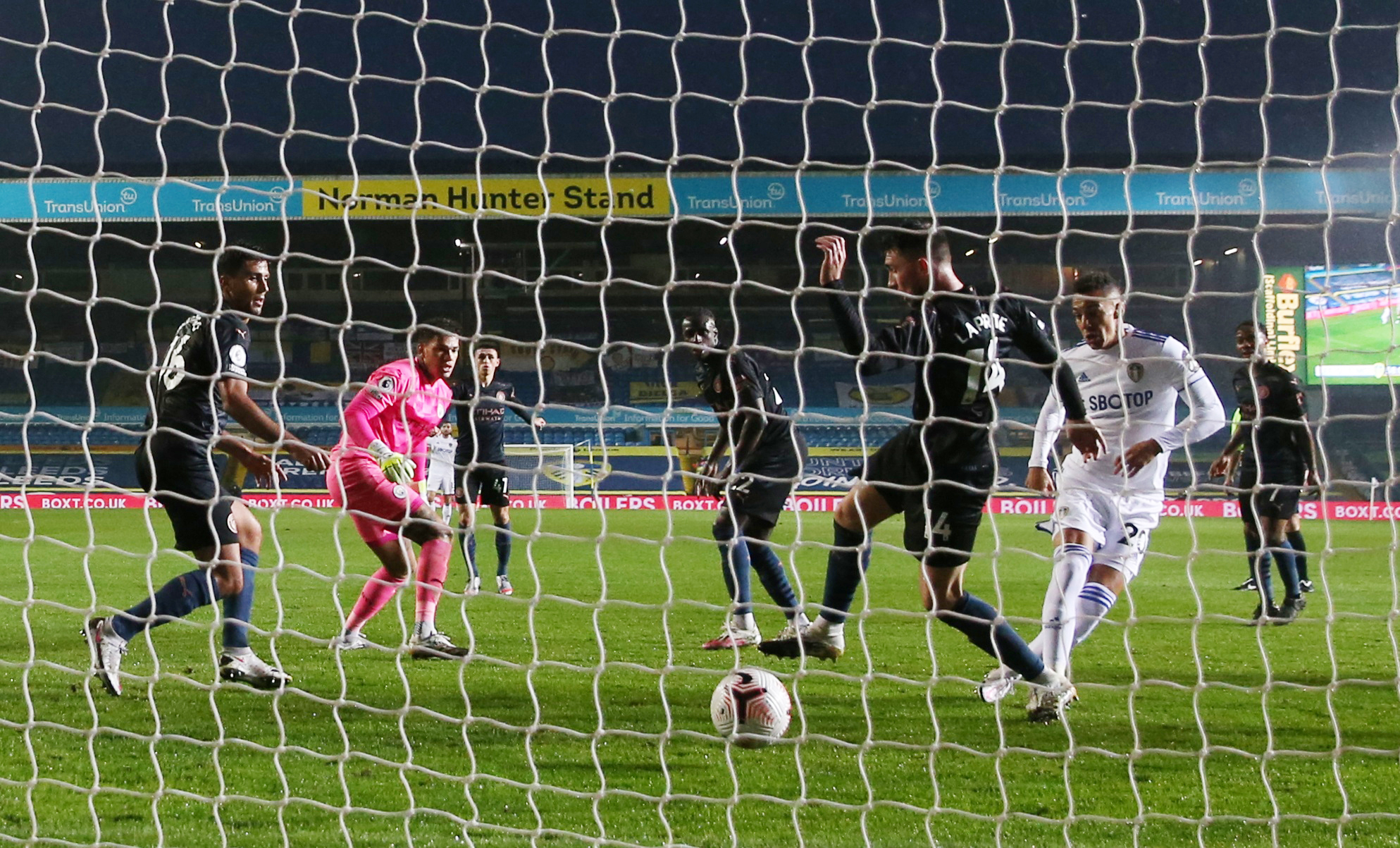 But the long-awaited reunion of two men who have shaped modern football ended with honours even and an embrace.

City dropped points for the second week running because they failed to turn their early dominance into a match-winning lead.

But they avoided a second consecutive defeat only because Ederson atoned for the error that had gifted super sub Rodrigo the equaliser Leeds deserved for a fine second-half performance.

The Brazilian goalkeeper’s save from the same player stemmed the white tide and City ended the stronger team.

A draw, though, was a fair result on an evening that lived up to its billing.

Guardiola’s 2006 pilgrimage from his club in Mexico to a ranch in Argentina to learn at the knee of Bielsa is the stuff of legend.

Bielsa, the story goes, was Yoda to the City’s boss Luke Skywalker, Mr Miyagi to his Daniel-San, Master Shifu to his Po, the Kung-Fu Panda.

The Leeds head coach had done his best to rewrite the fairytale in the build-up, denying that he was Guardiola’s mentor. 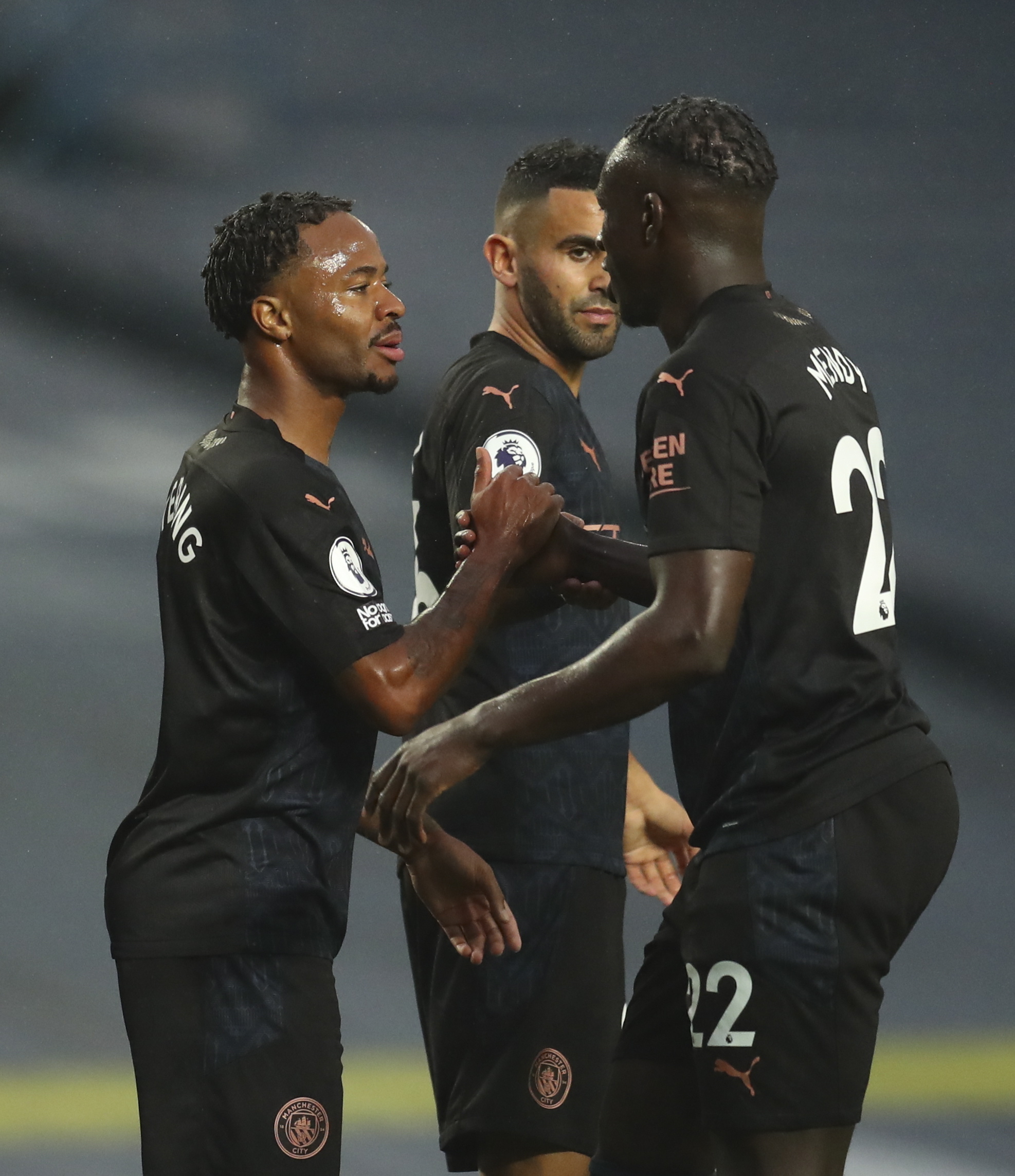 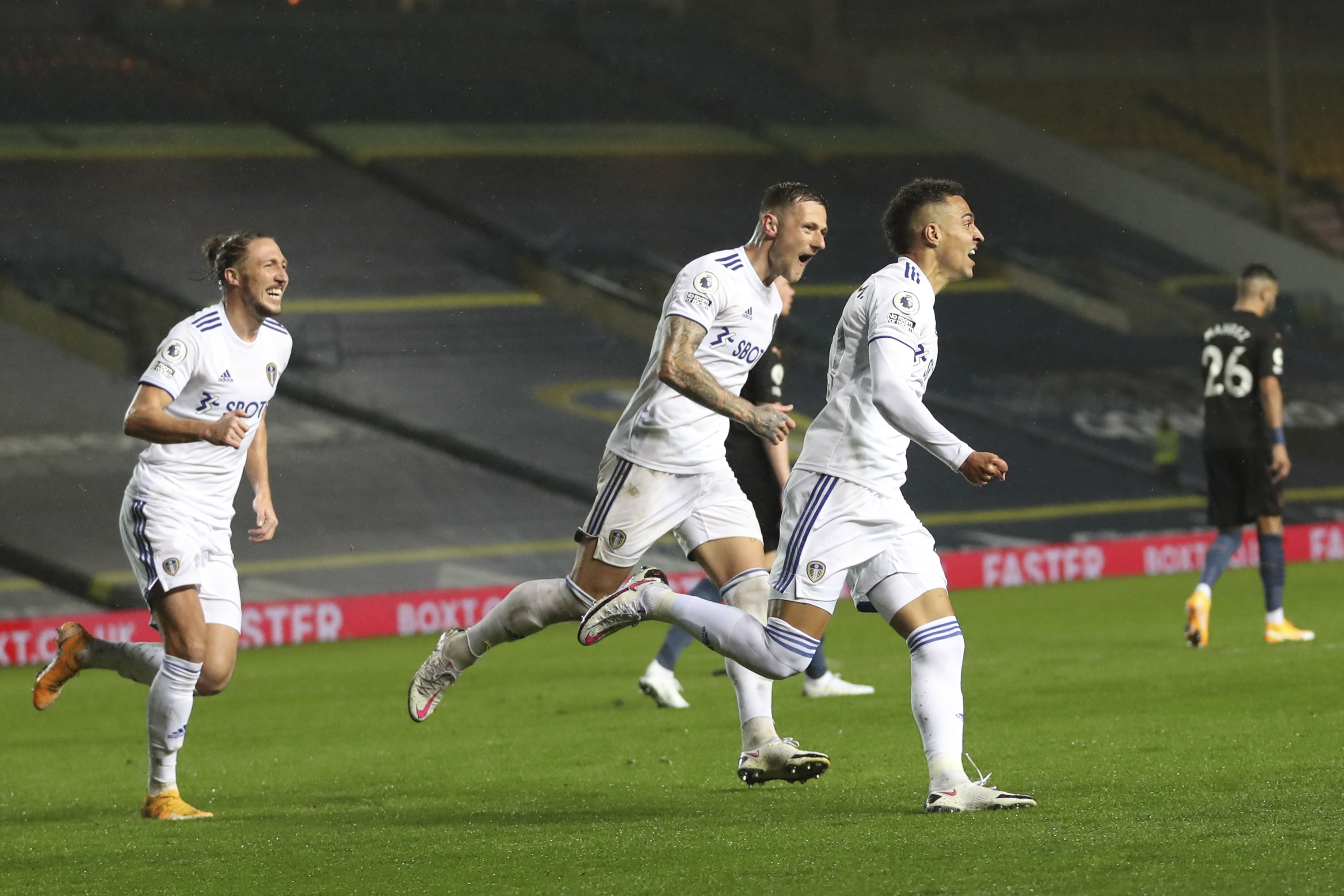 But in the early stages, City threatened to teach Bielsa’s team they would not forget in a hurry.

Leeds hardly made it out of their half in the opening 10 minutes and almost fell behind inside three when De Bruyne hit a post with an audacious 30-yard free kick.

It was hardly a shock to see the Belgian running the game, but it was surprising that there didn’t seem to be much of a plan to stop him or the rampant Sterling.

Leeds had no choice but to put their bodies on the line, with another De Bruyne effort kept out by a Koch block.

Ruben Dias, City’s new £64.5m centre back, and Leeds winger Ezgjan Alioski sent headers off target at either end in an action-packed start.

But it was surely a City goal that was coming, and after Stuart Dallas had blocked Ferran Torres’s effort, Sterling scored it.

Leeds gave the ball away twice in quick succession and the second time was punished.

Torres seized on Liam Cooper’s weak clearance and fed the England winger, who cut inside before curling a shot confidently inside the far post.

Phil Foden should have made it two minutes later after City tore through Leeds again. With only a quarter of the game gone, Bielsa’s team were lucky still to be in it. 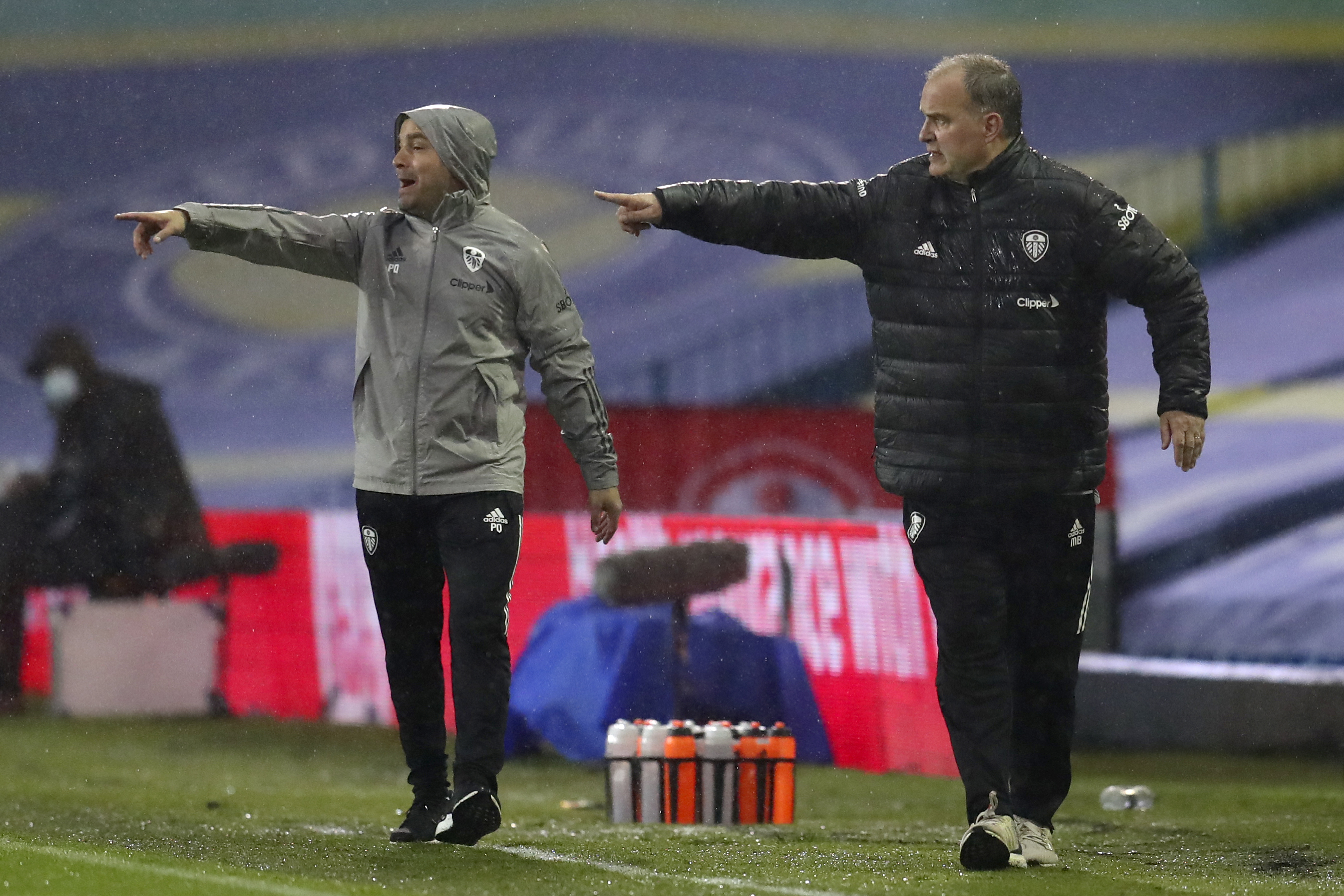 They at last began to enjoy some possession but rarely in situations where they could hurt City.

Then, out of nothing, Leeds produced their first coherent piece of attacking play and it should have brought the equaliser.

A move worthy of City ended with Tyler Roberts playing a lovely pass into the path of Dallas. The full-back decided against an early shot, but ran out of time for a clean strike and Ederson saved well.

The most telling sign that Leeds were turning the game into a contest was the way Guardiola’s team began resorting to tactical fouls to stop their opponents breaking on them.

Did Bielsa teach Pep about the dark side of the Force as well, you wondered.

In first-half stoppage-time Luke Ayling created a great chance for himself to equalise.

Ayling capitalised on a Benjamin Mendy error and seemed to have done everything right, only for Ederson to make an even better stop than he had from the other Leeds full back.

At half-time Bielsa threw on Ian Poveda-Ocampo, signed from City in January, and the change helped Leeds become the better side for the third quarter of the game. 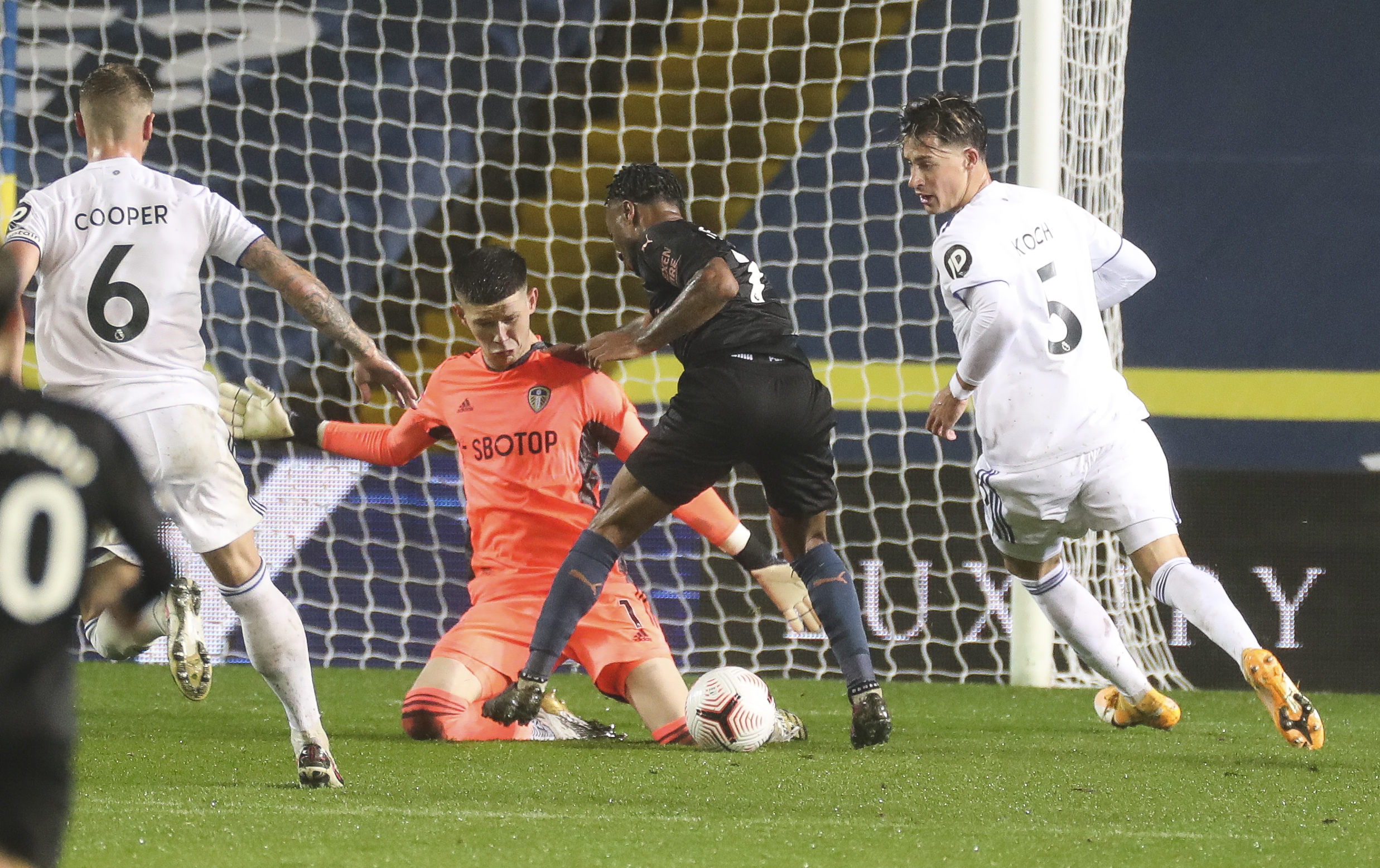 More than once the home side bore down at pace on their opponents’ penalty area, only to let themselves down with the final ball.

But then Ederson undid all his good work with a howler. The City ‘keeper had just made a sharp save to deny Rodrigo but from the resulting corner he punched the ball into Mendy’s back.

City were rattled and should have been reduced to 10 men when the ever-hapless Mendy was guilty of a cynical block that deserved a second yellow card.

Ederson redeemed himself somewhat with a brilliant save when he tipped Rodrigo’s header on to the crossbar.

Just when it felt like City would be lucky to escape with a point, Sterling found himself clean through. But the retreating Cooper did just enough to allow Meslier to come out and smother.

Emotions were running high on the touchline, with Bielsa and De Bruyne having a brief but frank exchange of views over a disputed throw-in.

Guardiola sent on Nathan Ake and then Fernandinho to steady the shipt and City went again.

The visiting staff screamed for penalties for handball and fouls on Sterling, but to no avail as VAR, that most modern of football innovations, declined to intervene.

And to purists like Guardiola and Bielsa, it would surely have seemed a shame for an old-fashioned end-to-end game to be decided by technology.

Guardiola’s smile as he and his guru left the pitch looked like one of genuine pleasure. What a game.