UFC referee Herb Dean was slammed after appearing to stop a fight before changing his mind – leaving both fighters confused.

Heavyweight Marcos Rogerio de Lima fought Ben Rothwell in Las Vegas and had the American rocked against the cage early. 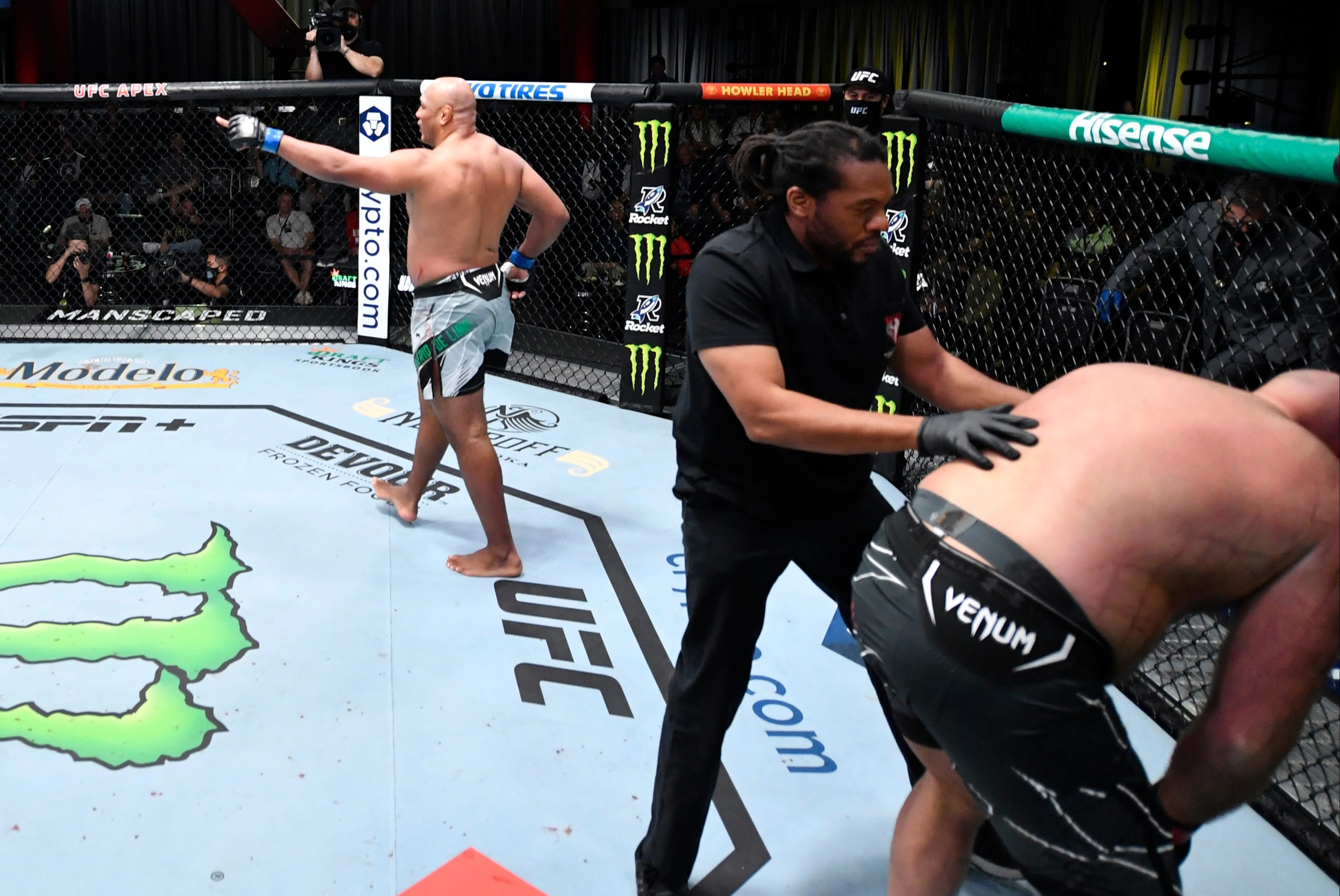 As De Lima began letting his hands go with Rothwell backed up, legendary ref Dean grabbed hold of him, signalling he was stopping the action.

But as Rothwell went down he dragged De Lima with him but Dean appeared hesitant to get in between the two.

Finally, the veteran official waved off the contest after 32 seconds, but the finish drew confusion.

De Lima still looked unsure of what to do while on top of Rothwell in a striking position, and looked to Dean for confirmation.

Even UFC president Dana White was quick to question the referee in the post-fight press conference.

White said: "Herb needs to stop touching guys unless the fight’s over. He goes in and grabs him by the waist and decides, 'Oops…'

"The good thing about this one was, that fight should’ve been stopped when he stopped it.

"When they played it back in slow motion, he’s kind of like dancing, like he doesn’t know what to do, whether he’s going to jump in or not jump in.

"I like him personally, he’s a nice guy. He’s got to stop touching people until he’s ready to stop the fight."

UFC bantamweight champion Aljamain Sterling tweeted: "That was SO BAD! Smh! How is the commission still allowing terrible referring?

"It’s not an easy job, but dude, you can’t play hot potato with stopping fights like that. Because he looked at you?? Crazy man."