LEICESTER CITY have completed the loan signing of Roma winger Cengiz Under.

The Turkish international, 23, joins the Foxes for the 2020-21 season subject to Premier League and international clearance. 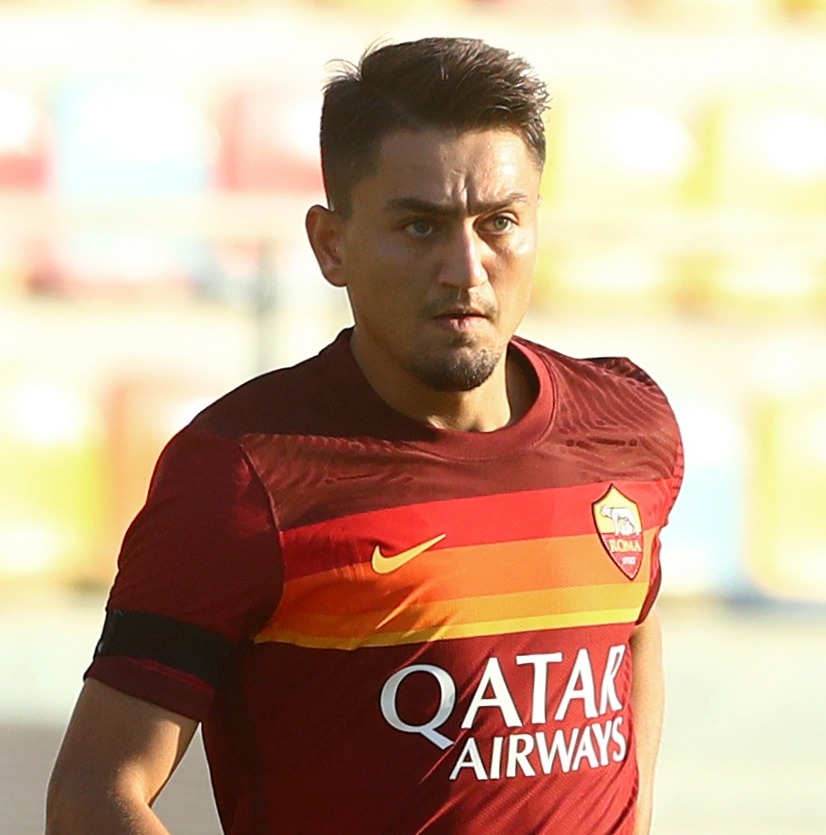 It is understood the East Midlands outfit have the option to make the transfer permanent next summer.

The star has spent the last three seasons in Serie A and will join up with his new team-mates ahead of tonight’s clash against Burnley at the King Power.

Under already knows one familiar Foxes face as he is a team-mate and the "best friend" of Caglar Soyuncu.

The pair are international pals for for Turkey, with Under making his debut four years ago and earning 21 caps.

Speaking to LCFC.com, Under said: “I can’t wait to go to Leicester and start training.

"I’ve always wanted to play in England and this is a great opportunity to play in the Premier League.

"I think I am fast and can create lots of chances for my colleagues. 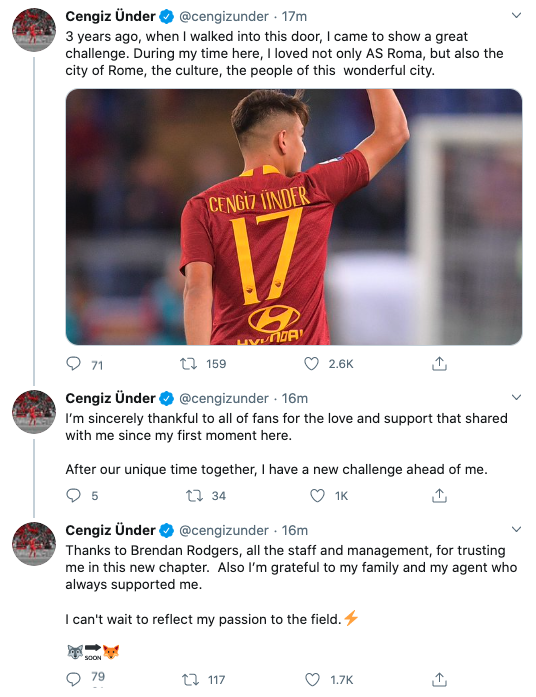 “I feel very good because my best friend plays for Leicester City.

"I am very happy to be able to play with Caglar and I always watched Leicester’s games because of him.”

Under joined Italian giants Roma from Istanbul Basaksehir in 2017 and became the youngest Turkish player to score in the Champions League when he made his debut in February 2018.

Like Soyuncu, he is a product of the Altinordu youth system and progressed to their first team before earning his Basaksehir move.

A year later, though, he was snapped up by Roma and has scored 17 goals in 88 appearances, reportedly attracting interest from Arsenal and Manchester United.

And Brendan Rodgers will be desperate his new signing – who follows Timothy Castagne through the door at the King Power this summer – hits the ground running.

Thanks to Brendan Rodgers, all the staff and management, for trusting me in this new chapter.

The right-wing area was somewhere the Foxes needed to strengthen and Under is expected to replace Ayoze Perez out wide.

Under also took to Twitter to thank both his parent club for the opportunity to advance his career as well as Leicester ahead of his new venture.

He wrote: "Three years ago, when I walked into this door, I came to show a great challenge.

"During my time here, I loved not only AS Roma, but also the city of Rome, the culture, the people of this wonderful city.

"I’m sincerely thankful to all of fans for the love and support that shared with me since my first moment here.

"After our unique time together, I have a new challenge ahead of me.

"Thanks to Brendan Rodgers, all the staff and management, for trusting me in this new chapter. I can't wait to reflect my passion to the field."