The Gypsy King, 31, saw a huge gash open up above his right eye in the third round against the Swedish underdog. 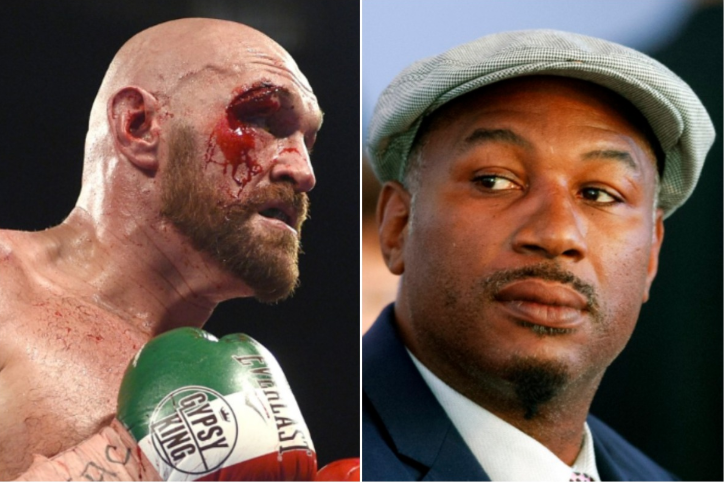 But thanks to some solid work from Jorge Capetillo, he pulled through to take a points victory and remain on course to face Deontay Wilder in a highly-anticipated rematch.

Lewis tweeted: "Fury gets the win. Wallin’s stock rises. Without a doubt the, the most impressive job of the night goes to Fury’s cutman."

And Frank Bruno – who fought Lewis for the WBC title in 2013 – added: "What a great 12 rounds of boxing, both men worked hard that cut is serious but Tyson warriored through, so much heart, congratulations".

Rival Andy Ruiz piled in: "After that performance theres no way he beats me with a hand tied behind his back."

He later added: "#RuizJoshua2" as attention turns towards another titanic rematch, where Anthony Joshua will try to win back his titles.

Capetillo was working with Fury for just the second time and even did TV interviews following the bout.

The veteran cutman accused Wallin of pushing his gloves into the wound to try and open it up.

He said: "He's got experience, he knows he's got to touch the cut to open it more. He was trying to pick away and open it up and make the ref stop it.

"He was mad because he was doing it on purpose. It's a battle you know, they do everything to win."

He said: "It was a great fight. "I got caught on the eye and that changed the fight.

For the majority, I could not see out of the eye, then there was a clash of heads and I got cut again.