LIONEL MESSI is enjoying a career-best World Cup showing… while Cristiano Ronaldo's tournament has gone from bad to worse.

The goat-race duo are both on their final attempts to complete their respective career resumes by lifting the one trophy that has so far eluded them. 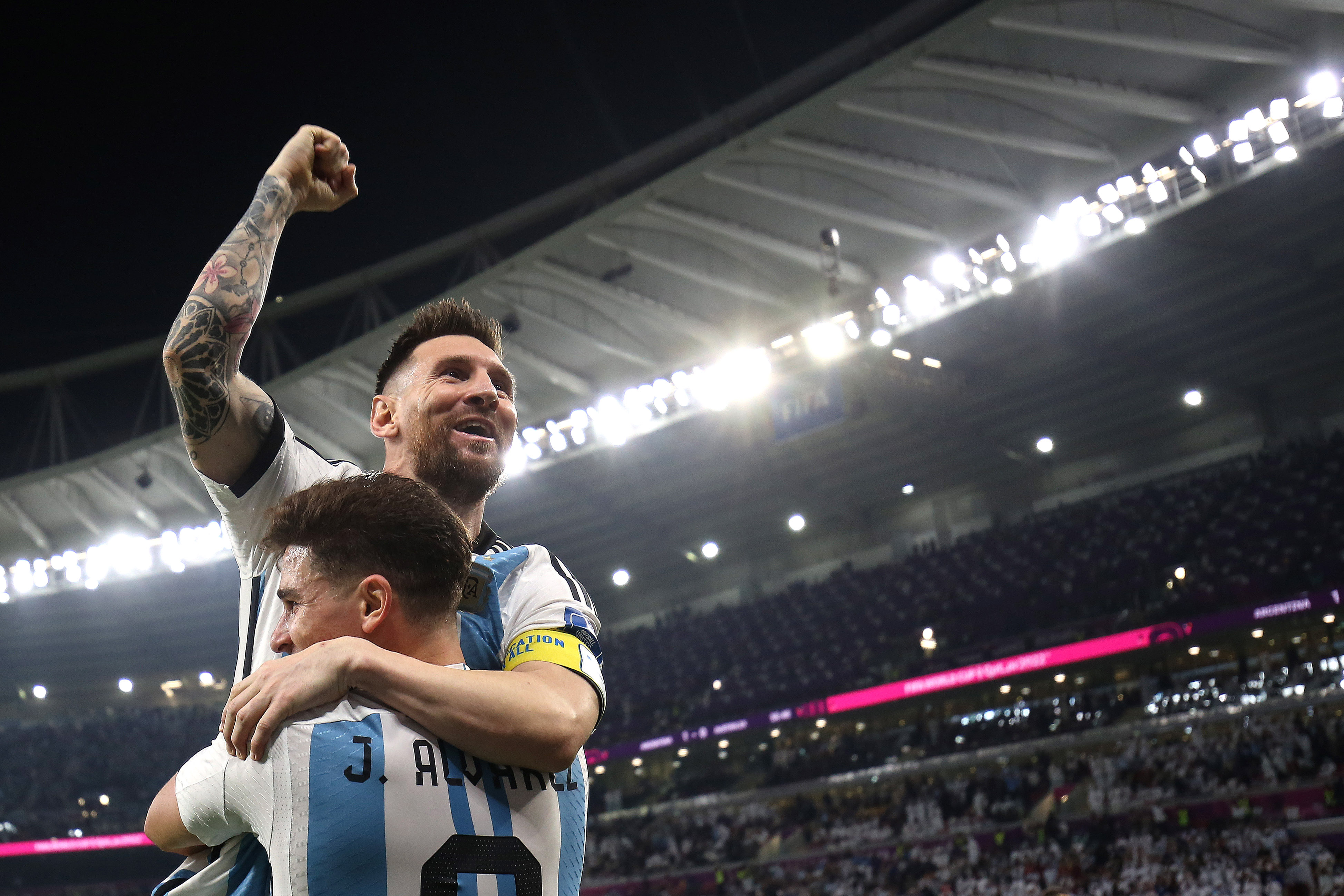 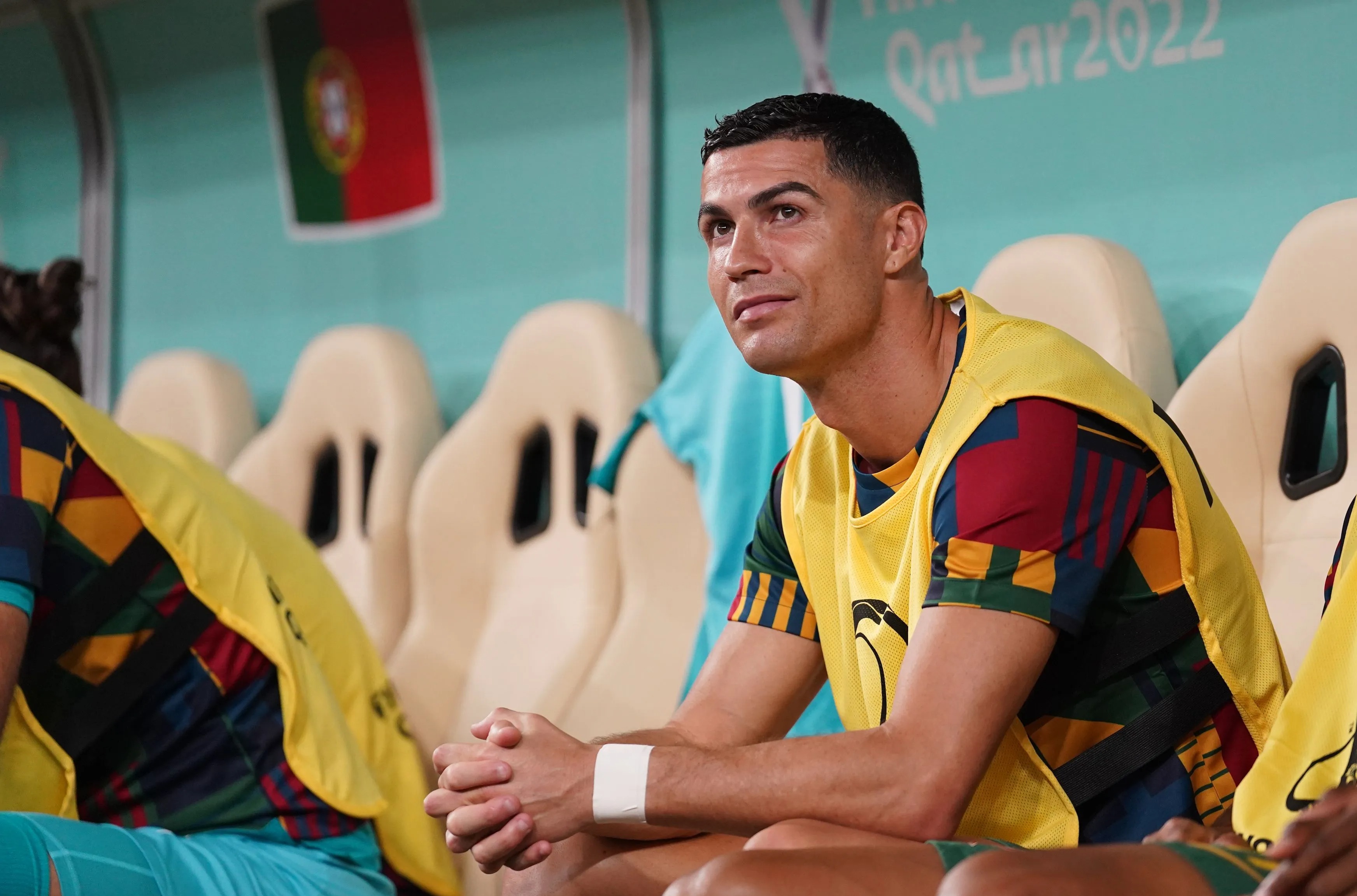 Messi, 35, has been dazzling – scoring against Saudi Arabia and Mexico in the group stage before helping his side to a critical victory over Poland.

He then bagged the first World Cup knockout goal of his career against Australia as the Albiceleste grabbed a 2-1 win.

These performances are reflected in his WhoScored ratings – with Messi receiving a 7.39 for his first match against Saudi Arabia – before earning 8.04, 8.18 and 8.15 ratings in his subsequent games.

This takes his averages to an extremely impressive 7.94.

Ronaldo, on the other hand, has not had it his own way – despite scoring a penalty against Ghana in the first match.

He has gone scoreless since, despite trying to claim that he touched Bruno Fernandes' goal-bound cross against Uruguay.

The free agent was then substituted against South Korea and sulked as he did so – drawing the ire of experienced boss Fernando Santos.

Ronaldo, 37, was subsequently dropped – watching on from the bench for most of the match as Portugal routed Switzerland 6-1 – with his replacement Goncalo Ramos scoring a memorable hat-trick. 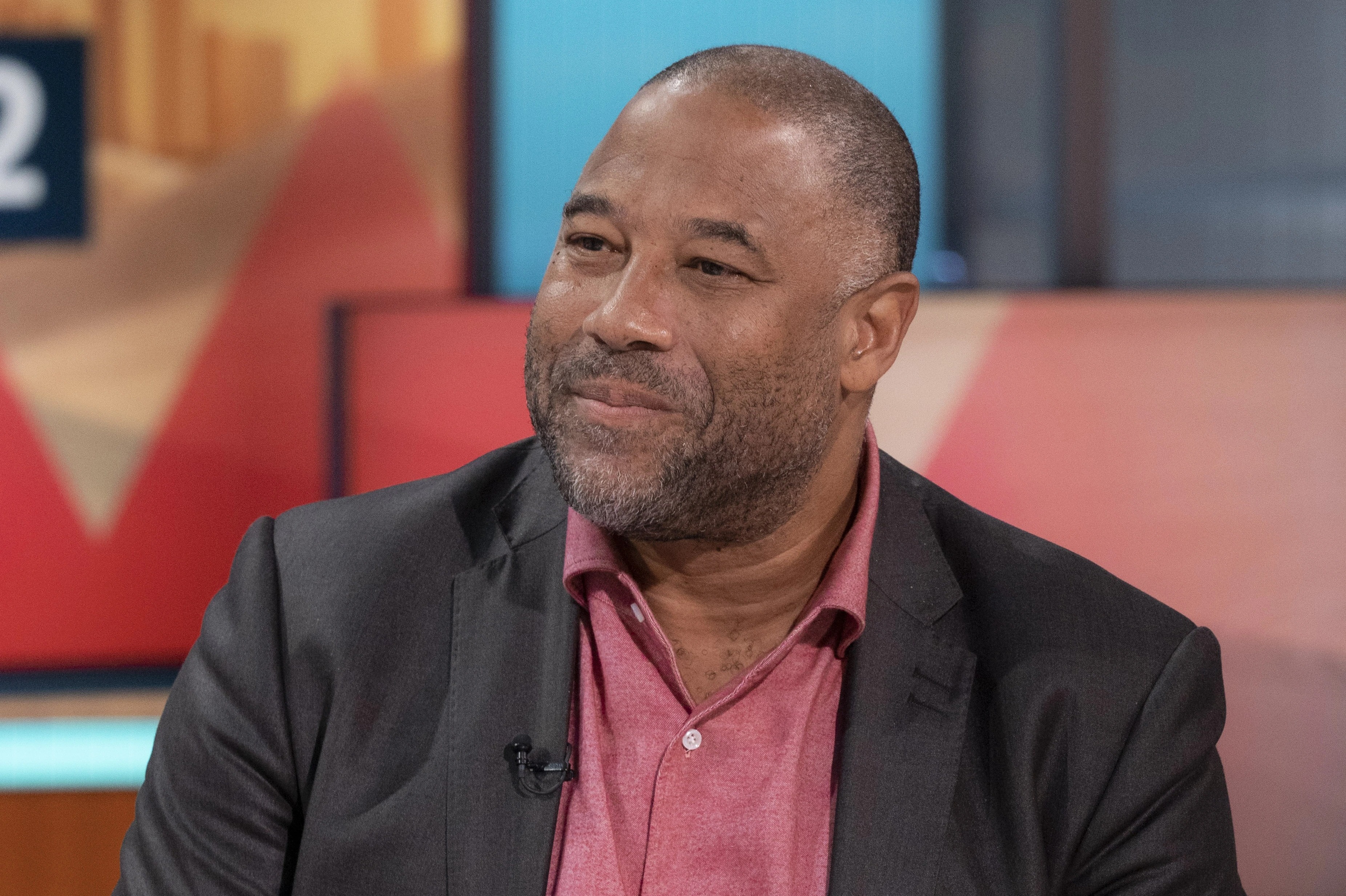 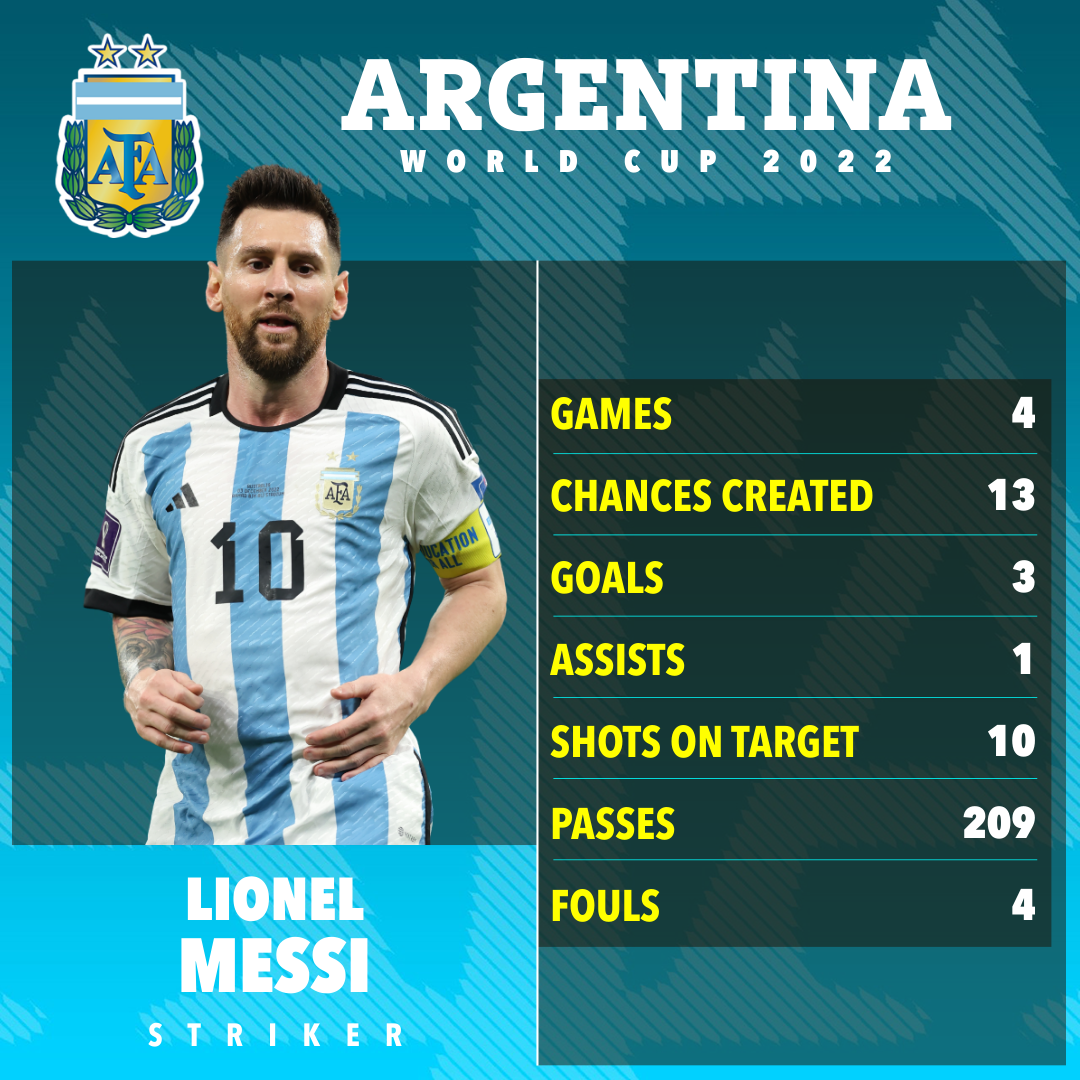 The former Manchester United forward's tournament began with a decent enough WhoScored rating, receiving a 7.36 for his efforts against Ghana.

Ronaldo did come on for the final 17 minutes of last night's match, but Ramos appears a certainty to start Portugal's remaining fixtures.

Partner Georgina Rodriguez was unhappy with the situation, writing on Instagram: "Congratulations Portugal. While the 11 players sang the anthem all the goals placed on you.

"What a shame not to have been able to enjoy the best player in the world during the 90 minutes.

"The fans have not stopped claiming you and shouting your name."

She then sarcastically referred to Santos' relationship with Ronaldo, adding: "I hope that God and your dear friend Fernando continue hand in hand and make us vibrate one more night." 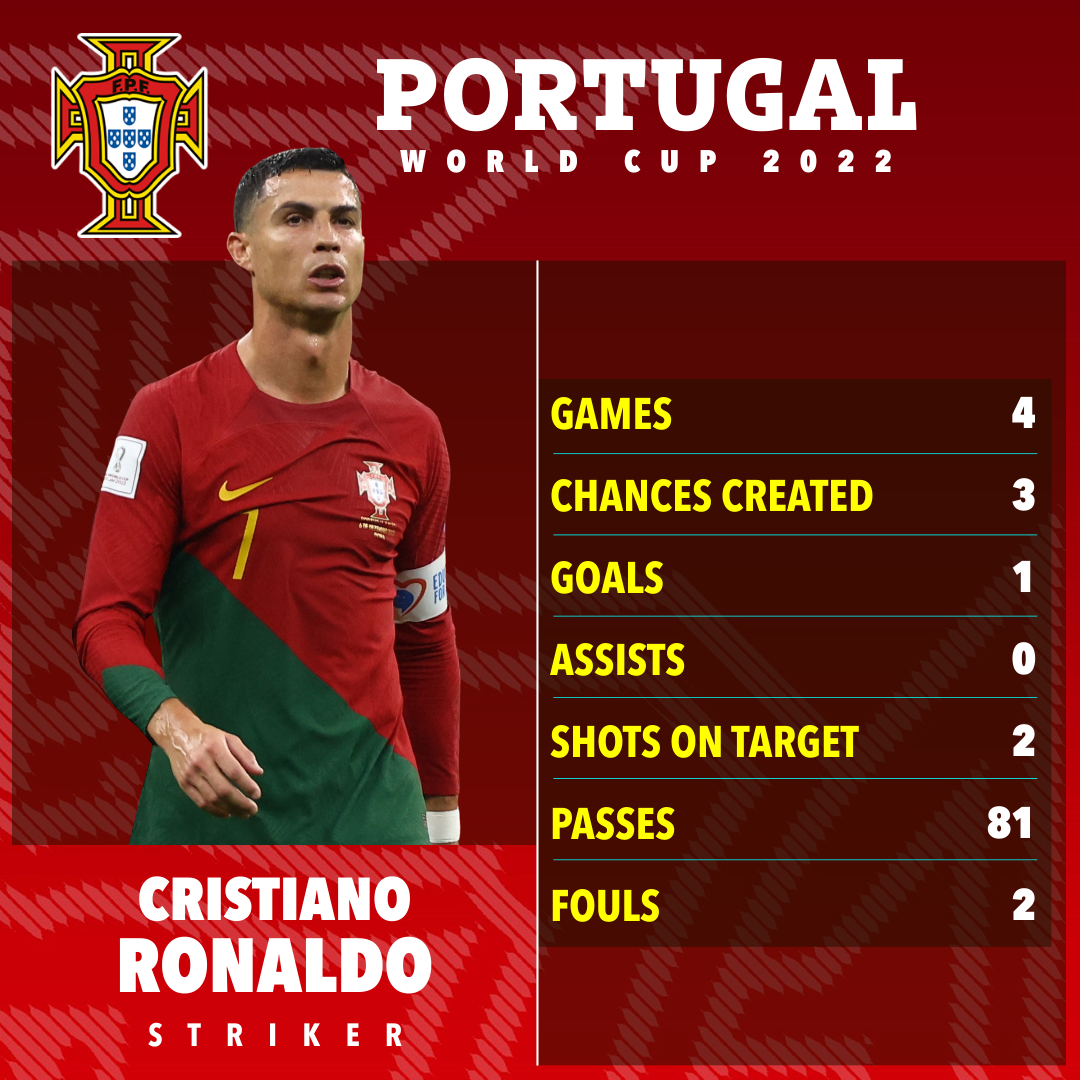 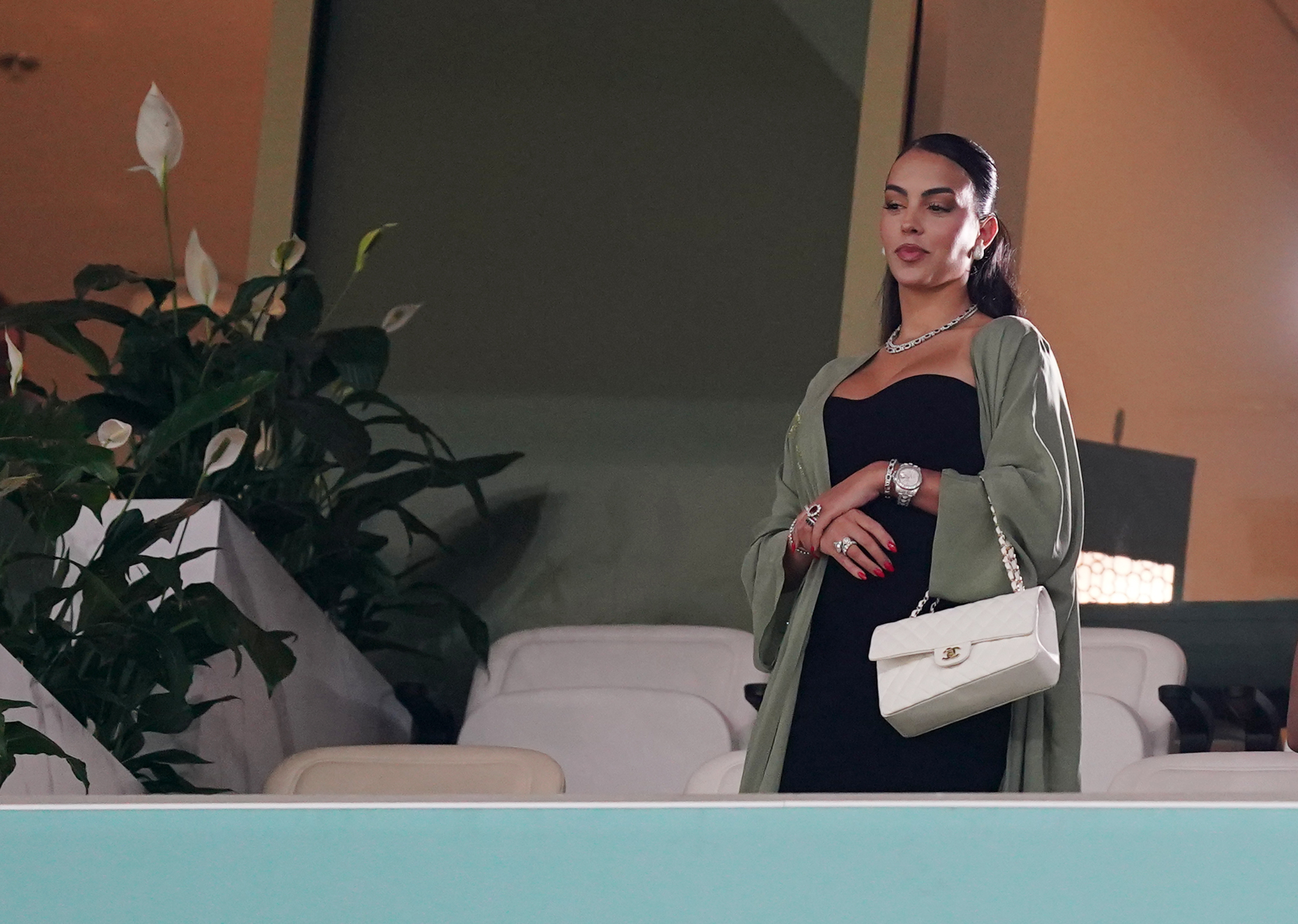