The Argentinian superstar scored three as Barcelona bounced back from defeat to Levante and a draw with Slavia Prague to thump Celta Vigo 4-1. 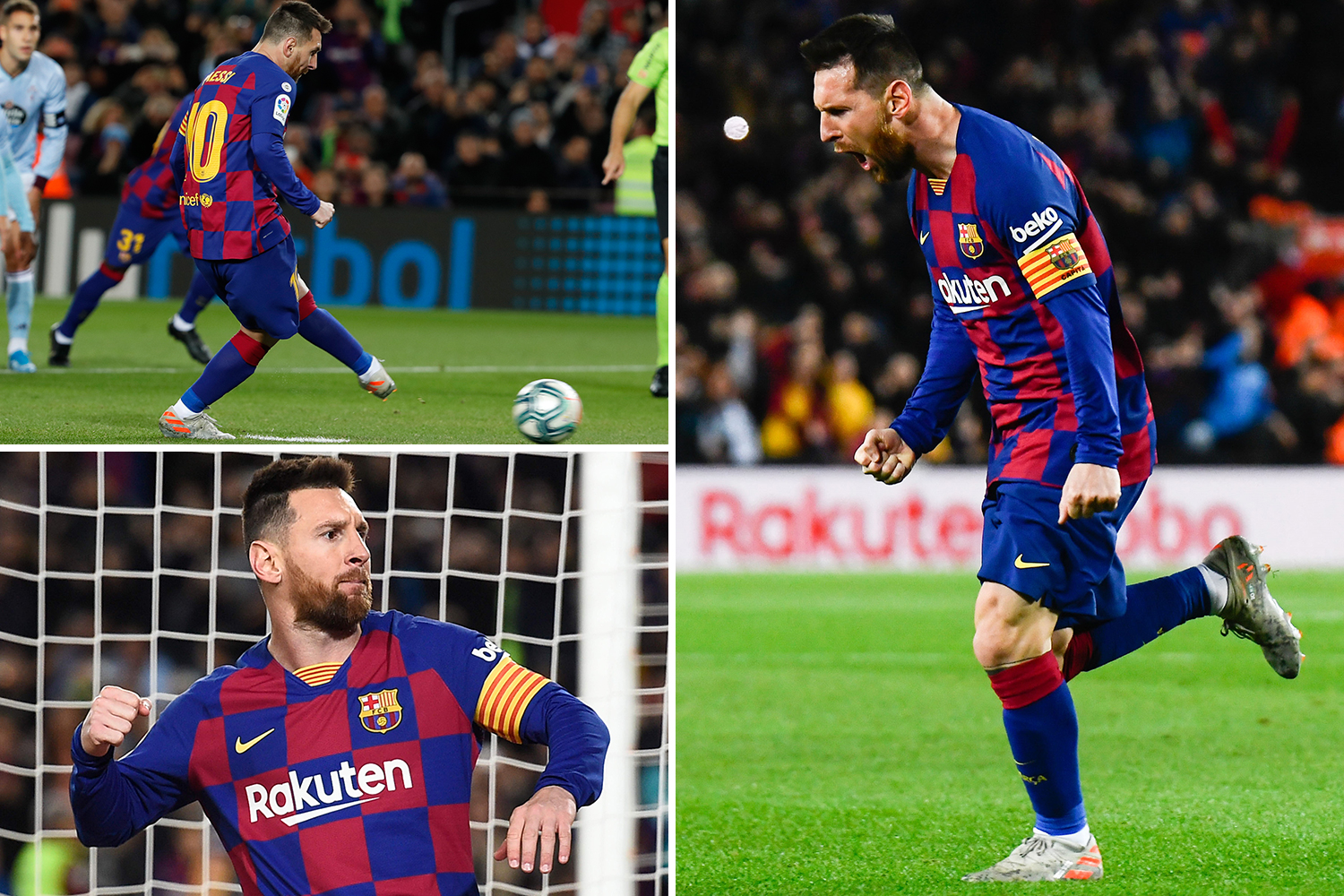 Messi, who took his tally to nine for the season, struck two free-kicks and a penalty for Barca.

The win kept Barca at the top of the table, narrowly ahead of rivals Real Madrid.

The Catalan club are ahead of Los Blancos only on goal difference, with both sides picking up 25 points from 12 matches.

Real earlier cruised to a comfortable win at Eibar.

Sergio Ramos and Federico Valverde were also on the scoresheet.

Roberto said: "Honestly, Messi is freaking us all out.

"When he fired the ball we already knew it would end up in the goal. It's a pleasure to play with this genius."

Firpo said: "The best thing a goalkeeper can do when Messi is behind the ball for a free-kick is to pray."

Valverde added: "It's impossible not to depend on Messi.

"That's how it works. He lights up everything."