THE two-year-old girl struck by a foul ball during a Major League Baseball suffered a fractured skull.

A drive from Chicago Cubs star Albert Almora at the end of July flew into the crowd and hit the youngster at approximately 100mph. 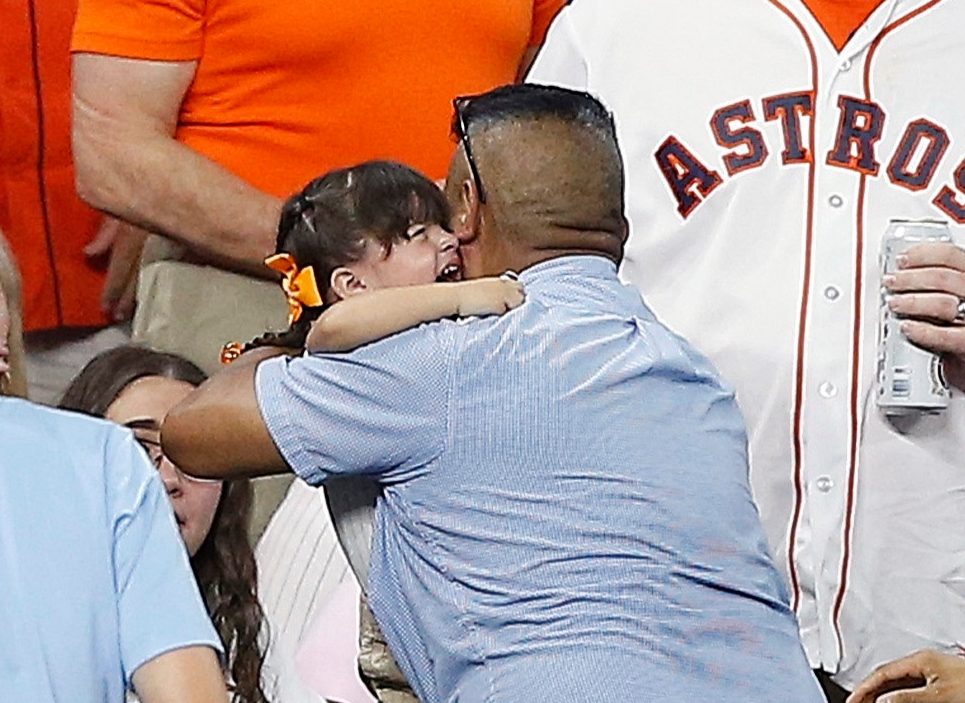 Almora was reduced to tears on the field as the stadium fell silent and she was rushed to hospital.

And after a month of silence, the family revealed the extent of the injury.

Attorney Richard Mithoff said the girl had suffered "a skull fracture in the back of her head, subdural bleeding, brain contusions and brain edema which is swelling".

He also added that she is taking medication to ease the effects of seizures.

There has been no lawsuit filed against the Houston Astros – with the incident taking place at their ballpark Minute Maid Park – but the attorney is hoping it will lead to changes to improve safety at baseball grounds.

Mithoff added: "I know Jim Crane well enough to know that he is a very responsible owner, and I think Jim will do the right thing."

The safety netting at the Astros stadium was extended to protect both dugouts – like at all MLB grounds – in 2018, but now many want the nets to stretch from foul post to foul post.

The Chicago White Sox and the Washington Nationals have both agreed to extend their safety netting.

But other fans want to keep the netting regulations as they are because it can lead to interactive fan engagement, especially with kids during the warm-ups.

On the night, Almora, a dad of two, was overwhelmed with guilt in the immediate aftermath of the incident and fell to one knee.

Players from both teams looked on stunned as they worried the young girl had been seriously hurt.

Later when fielding, the severity of the incident appeared to catch up with Almora and, overwhelmed, he slumped on to a security guard.

He had been chatting with the female steward, asking after the girl's wellbeing, and overcome with emotion, was taken to the bench and replaced.

His team-mates appeared sympathetic as he held his glove to cover his face.

With a trembling voice, Almora told reporters: "As soon as I hit it the first person I locked eyes on was her.

"God willing I'll be able to have a relationship with this little girl for the rest of my life, but just prayers right now. 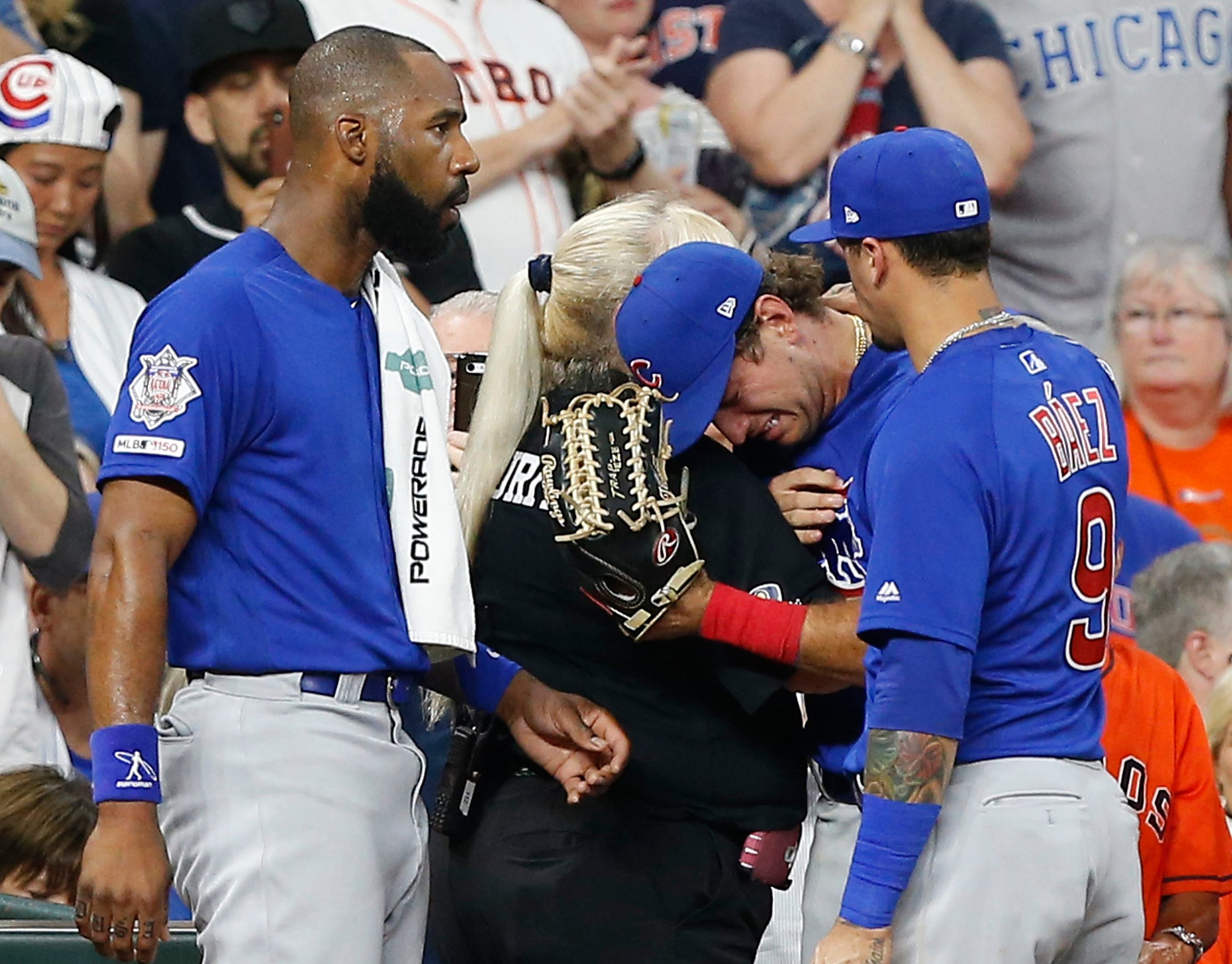 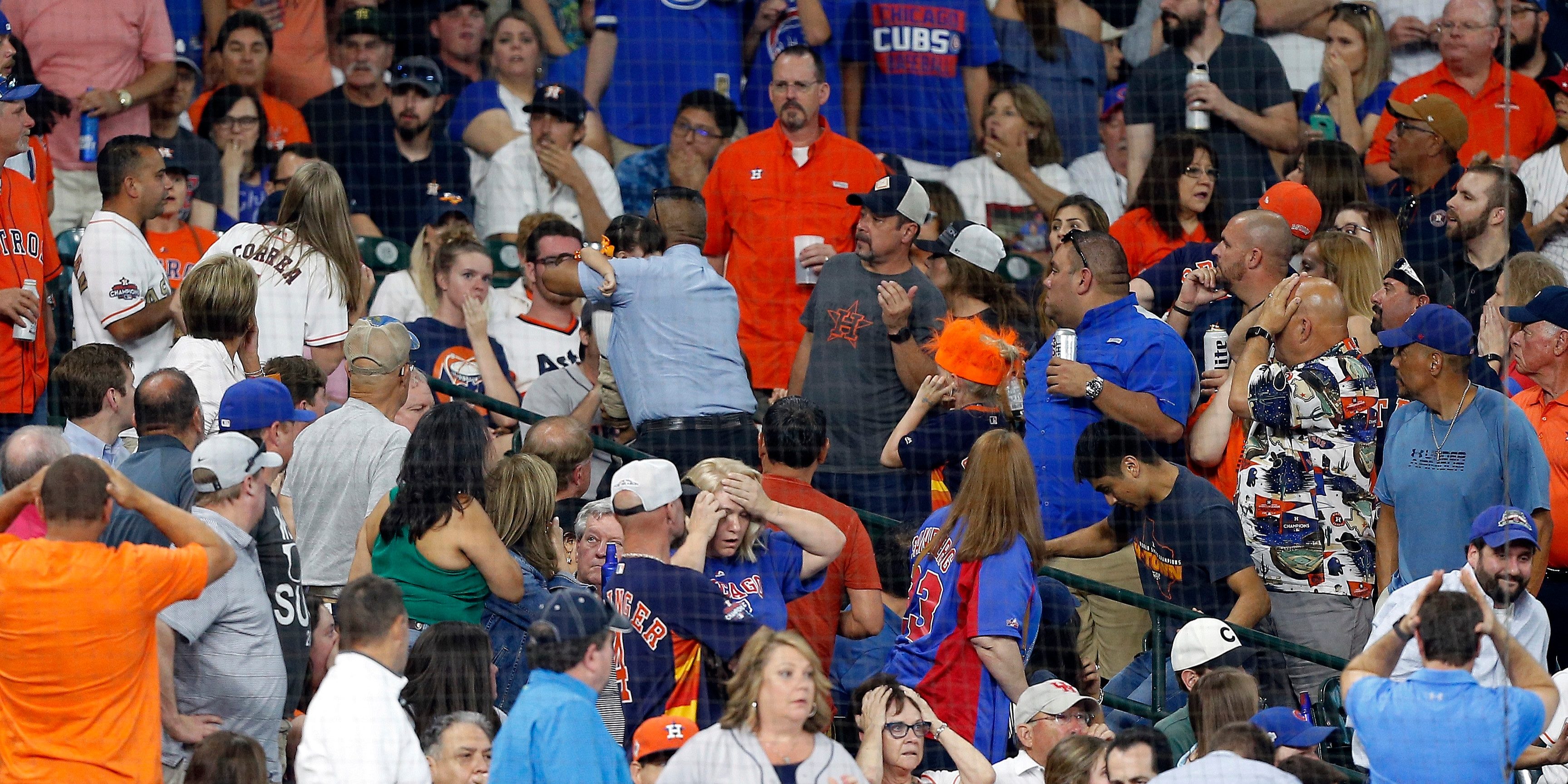 "I'm speechless and lost for words.

"Being a father with two boys, I want to put a net around the whole stadium, but I'm so sorry.
"I was upset and it just put things in perspective." 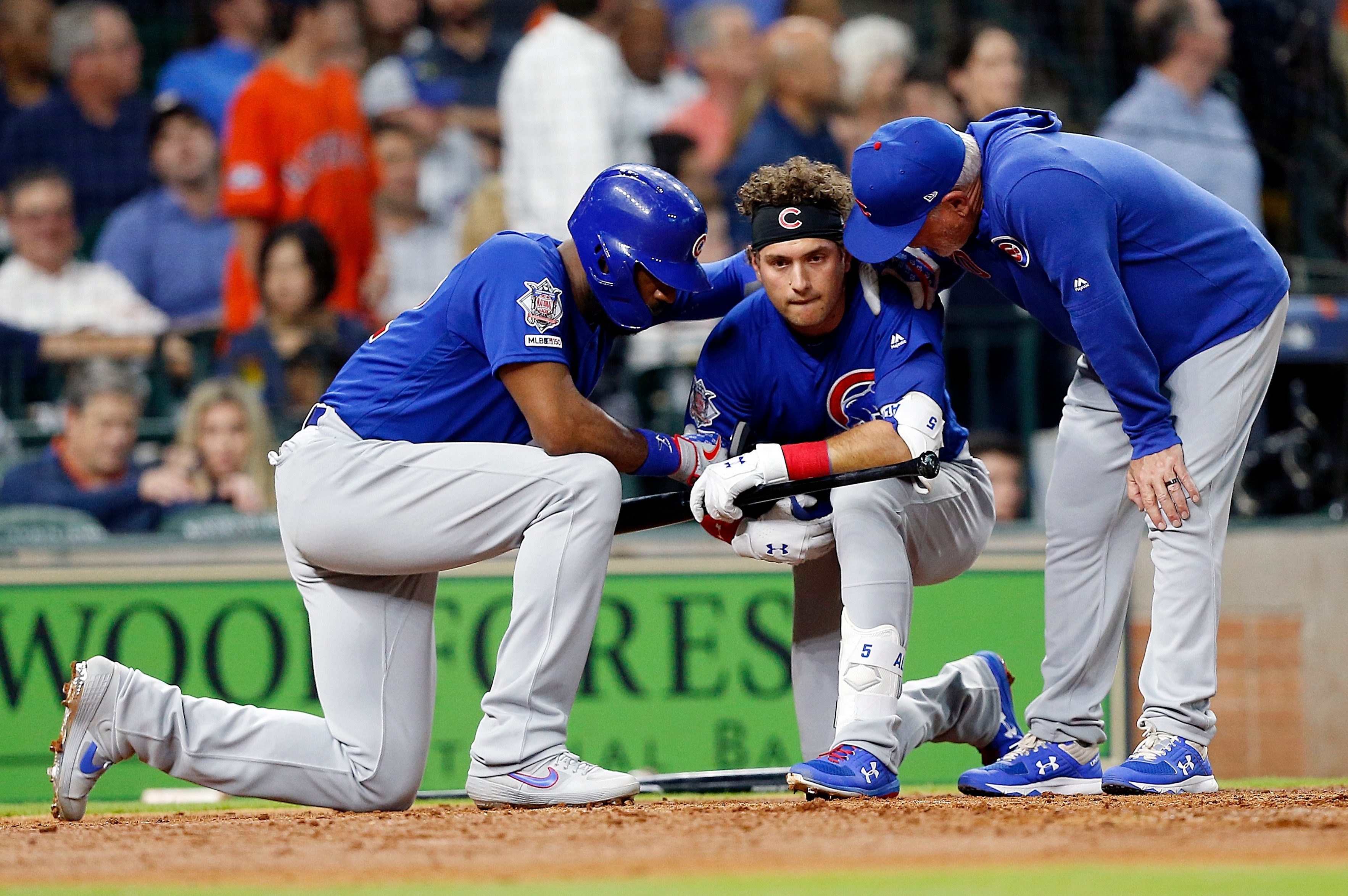