JURGEN KLOPP has insisted that Pep Guardiola is the best manager in the world in a bid to end his war of words with the Manchester City boss.

The pair will come face to face on Sunday for the clash that could determine the outcome of Liverpool’s bid to oust their rivals as Prem Champions. 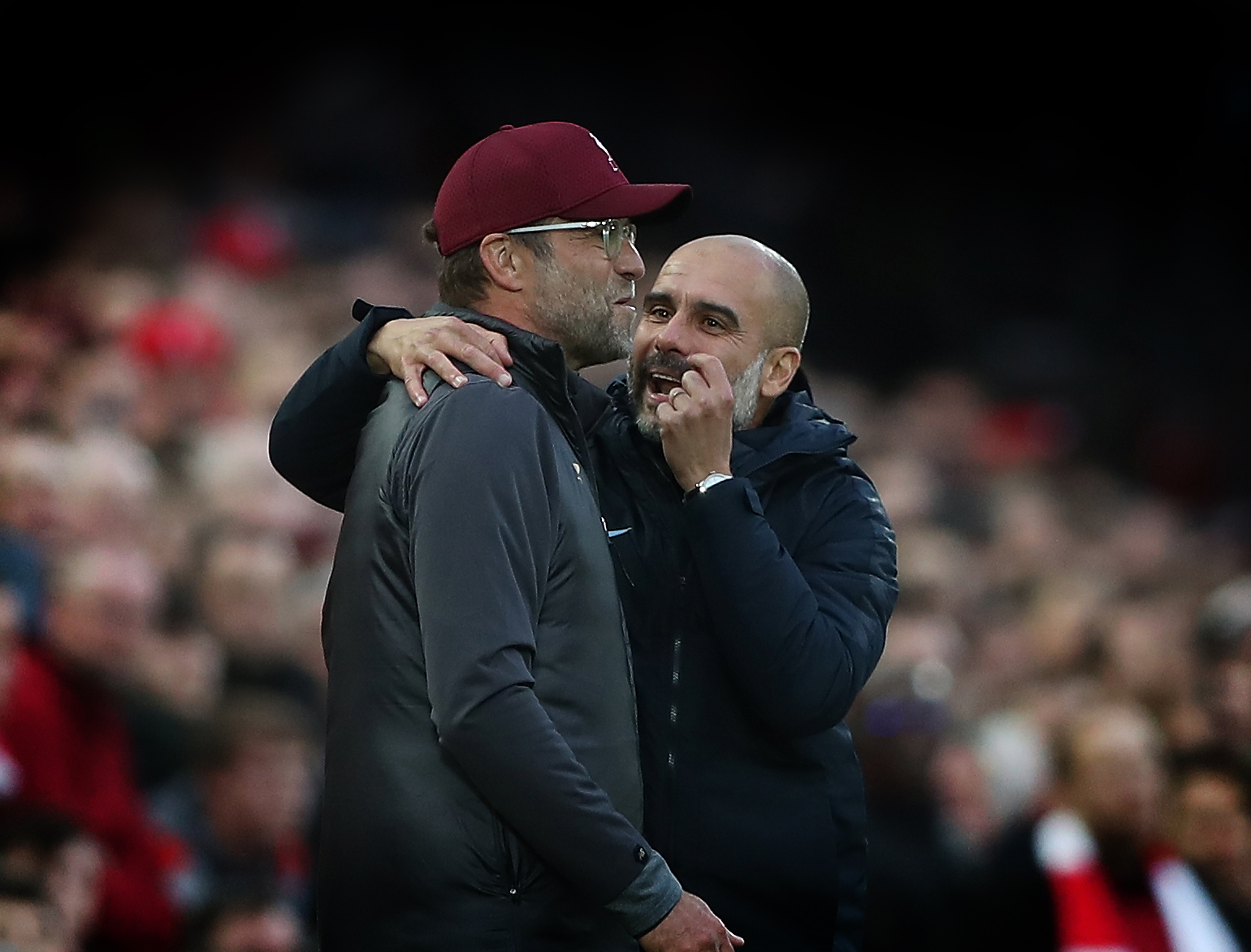 But the Anfield boss stresses that all is forgiven from his point of view after Guardiola backed down on comments he made suggesting that Sadio Mane is a diver.

Klopp, in an interview on Sky Sports, declared how he understood why Guardiola may have blurted out his criticism unintentionally.

He said : “We constantly get questioned about things and we sometimes say things without really thinking about anything else.

“Buy later he explained the situation and I’m completely fine with it and it’s a rather nice part of what Pep said afterwards.

“I couldn’t have more respect for Pep Guardiola.

“He is the best manager in the world and we have the chance to win against his team.

“You can’t leave these things without comment but it is all unnecessary.”

Mane himself has insisted he won’t change his style, declaring he would “keep diving” while Klopp showed his annoyance by noting other managers have commented on City’s alleged use of tactical fouls.

He said: "I am not too sure if I want to put oil on the fire.

“I am not interested in these kind of things. I promise not to mention tactical fouls.

“That is maybe already too much, but that is the only thing I say about it!"

But in his attempt at a love – in following the exchanges with Guardiola he admitted : “When I think about it now maybe I would not ant to say that again.

“As I say these situations are not necessary.

“I said what I said, he said what he said. But it is not necessary we make this bigger.”

Asked it it was honours even between he and Pep the German insisted : “From my point of view 100%.”

Meanwhile he insists his table toppers will be going for it on Sunday rather than trying to protect their six point lad over the double champs.

He stresses there will be no holding back despite predictions he will play the game safe, saying: “ Maybe people are smarter than I am but I don’t see it – 100% I  want to win with all I have

“For us as a team to prepare a game like his you do the right things again and again.

“Being brave, good football defending for your life. That’s how it is.

“People are saying we must not lose and they must win

“I don’t really care. We want to win which is difficult enough and will we go all out? O course we should.”