Liverpool stars jet off to Madrid for Champions League final

Liverpool players have arrived at John Lennon Airport and boarded their plane as they prepare to fly out to Madrid for the Champions League final.

The Reds take on Premier League rivals Tottenham on Saturday night in the competition’s first all-English final since 2008.

Jurgen Klopp and his playing staff were spotted arriving at Liverpool airport just before midday on Friday before they boarded their flight to the Spanish capital. 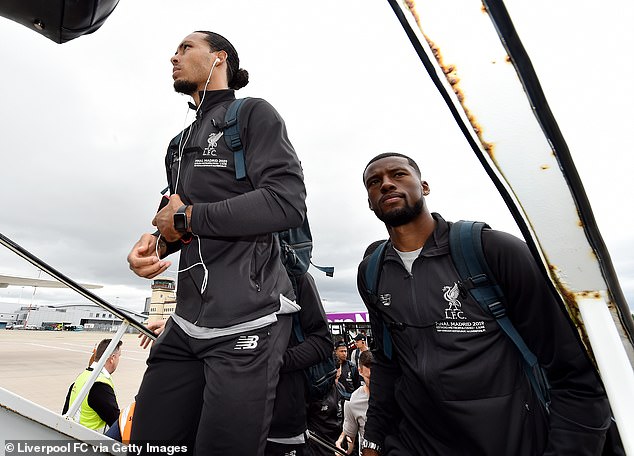 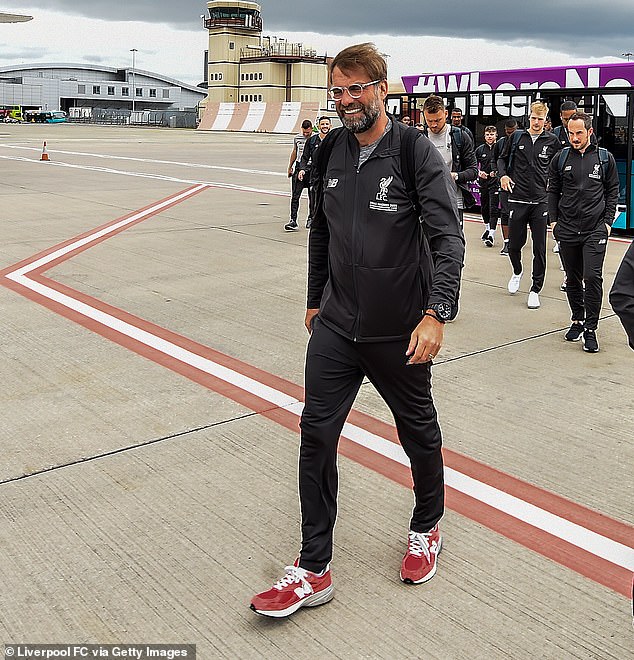 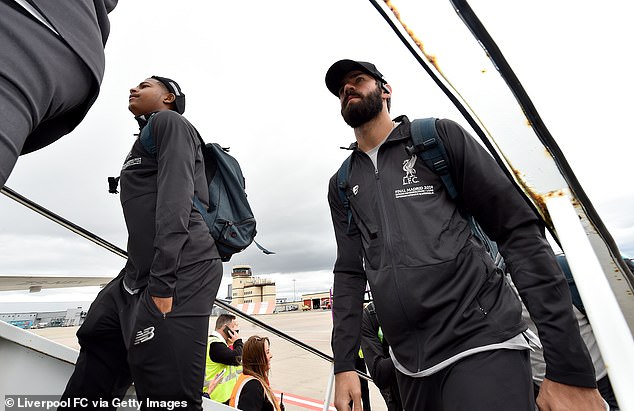 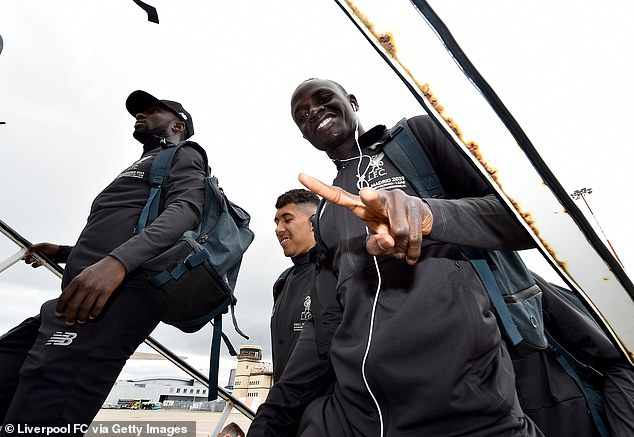 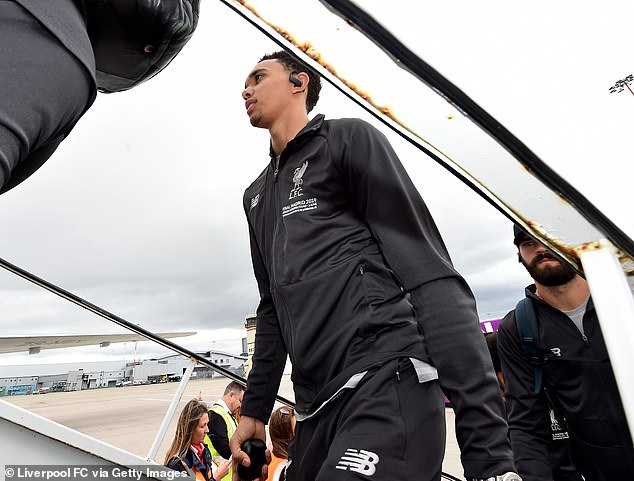 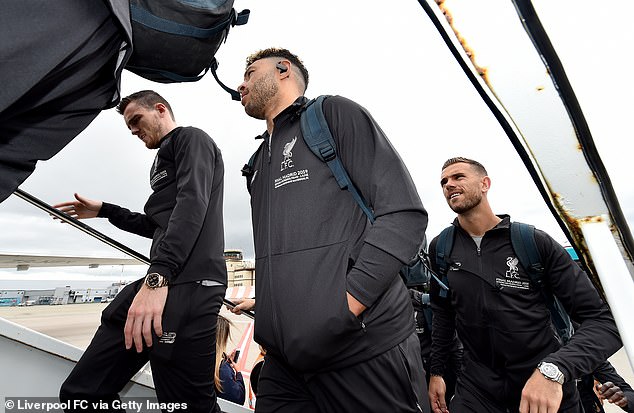 Mohamed Salah greeted the fans waiting for them outside the terminal building and high-fived some of them as he made his way inside.

Salah will be hoping he fares better in this season’s final than in Kiev 12 months ago when he was forced off injured in the first half against Real Madrid.

Defender Virgil van Dijk was first off the bus and he strolled past the fans while listening to music.

Captain Jordan Henderson was also pictured arriving and he will desperate to get his hands on the European Cup on Saturday night.

Klopp looked relaxed on the eve of the big game. The German cracked a huge smile as made his way onto the plane 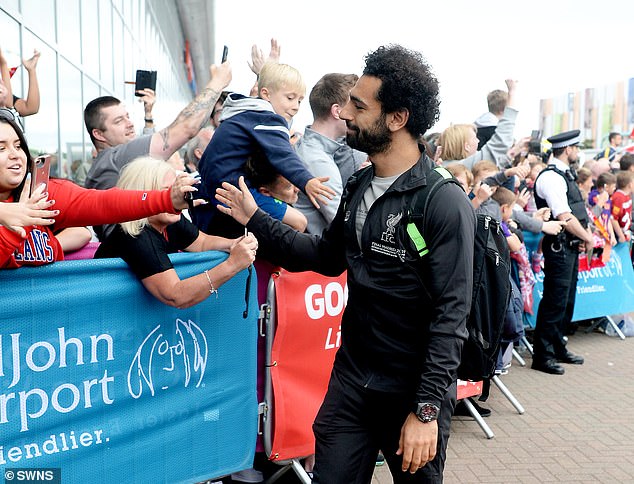 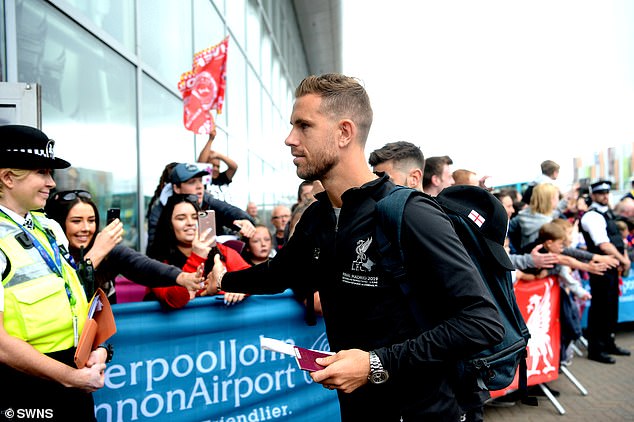 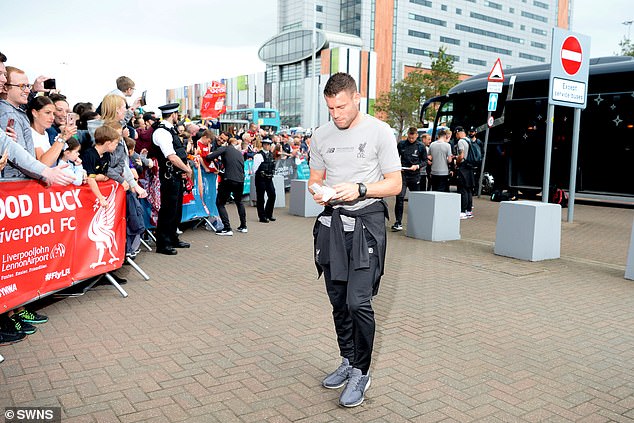 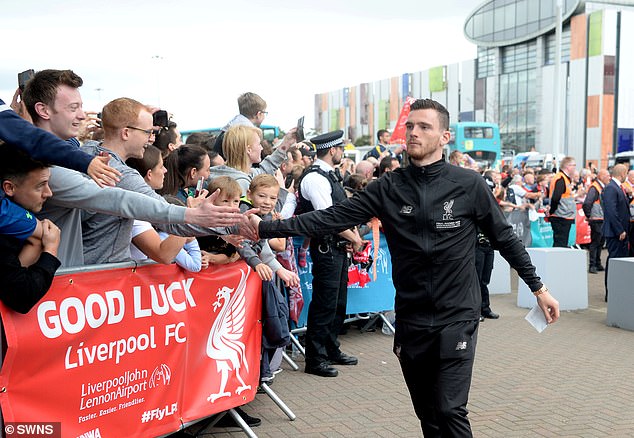