SIX years ago, FIFA 14 was released.

Lionel Messi, Cristiano Ronaldo, Radamel Falcao and Franck Ribery were the only players rated 90 or more. 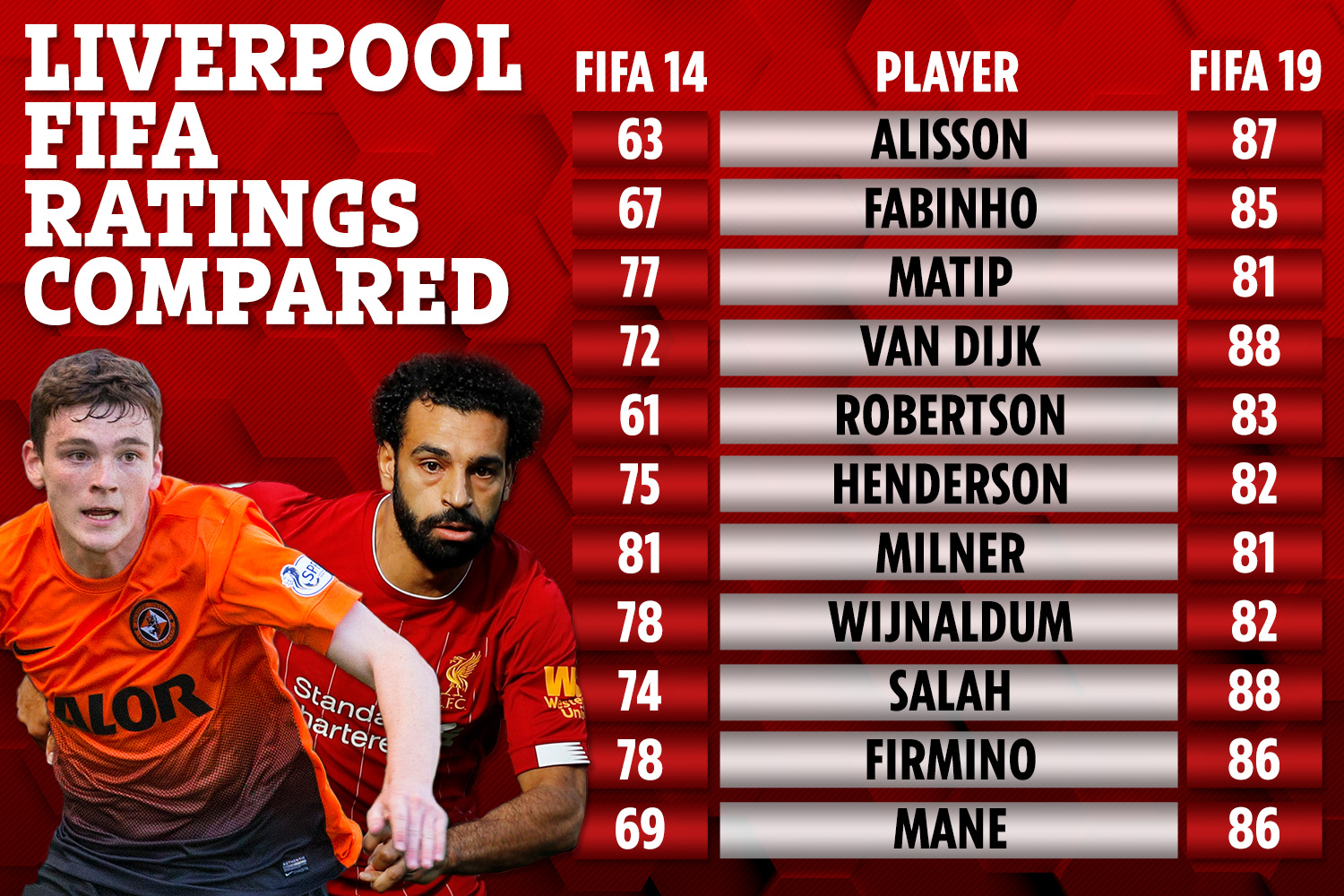 Six years on, that group have come together and become Champions League winners.

But how were Liverpool's current crop rated on FIFA 14?

Well, bottom of the pile with a rating of just 61 was left-back Andy Robertson. He spent the 2013/14 campaign at Dundee United following his switch from Queen's Park to make his debut season in the Scottish top flight.

After impressing at Hull, he has gone on to become one of the most dangerous left-backs in the Premier League, as his 83 rating on FIFA 19 suggests.

His partner-in-crime on the other side of Liverpool's defence, Trent Alexander-Arnold, was just 14 and working his way through the youth ranks at Melwood.