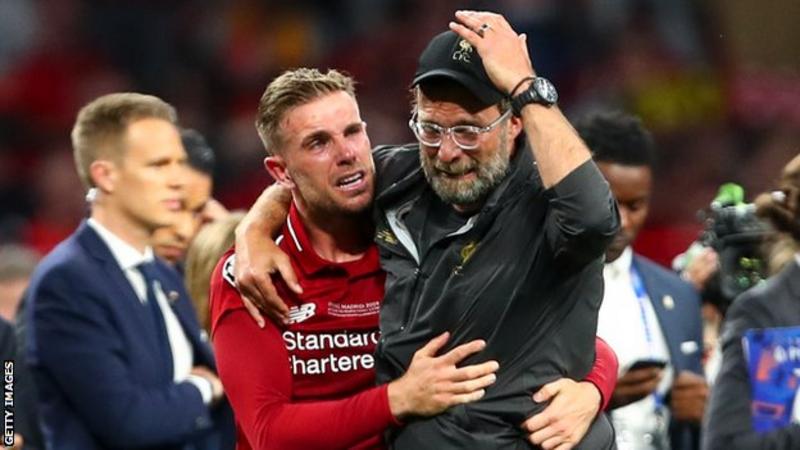 Liverpool are almost there, a maximum of two wins away from a first top-flight title in 30 years.

However, with football suspended because of coronavirus, it remains a possibility that Liverpool could be denied the reward their astonishing season deserves.

The authorities – and the clubs themselves – remain determined to complete the campaign. But if the Premier League and government are unable to find a safe path forward, Liverpool 2019-20 could join a group of teams denied their crowning glory, all of whom were left wondering ‘what if?’.

Everton 1984-87 – the European champions that never were? 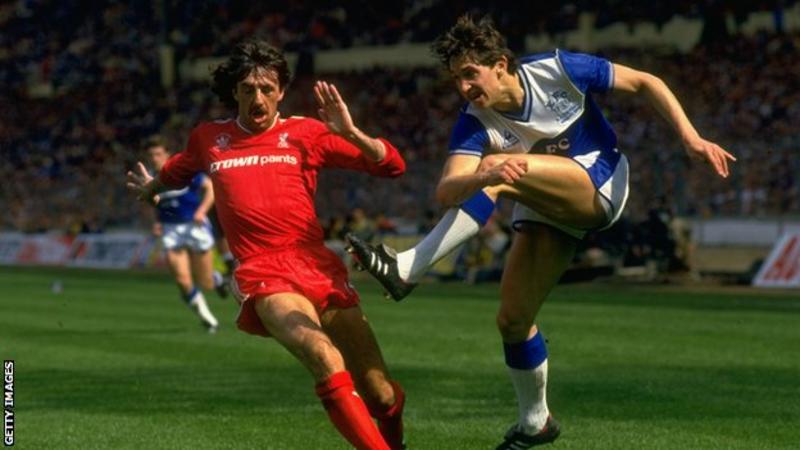 In the mid-1980s the emerging team from Merseyside was Everton. Howard Kendall’s young side raced to the 1984-85 league title with 90 points, 13 clear of Liverpool.

They added the European Cup Winners’ Cup in Rotterdam, defeating Bayern Munich en route and were only denied a treble by a Norman Whiteside wonder-goal in the FA Cup final. That summer Kendall added Gary Lineker to his champions for an assault on the European Cup.

But the Toffees’ European Cup hopes would be over before they began.

Less than 100 miles and a fortnight away from their Rotterdam triumph, 39 people died and 600 were injured when fans were crushed against a wall that then collapsed during the European Cup final between Liverpool and Juventus, after crowd trouble culminated in a surge by Liverpool supporters towards the Italian team’s fans.

The incident led to English clubs being banned from European football for five years.

Everton were pipped to the league on the final day in 1986 before regaining the title in 1987, both seasons finishing on 86 points.

In that period Steaua Bucharest, FC Porto and PSV Eindhoven won the European Cup, so what might have been, particularly in 1985-86?

England’s representatives had been pre-eminent in the European Cup for nearly 10 years, and having climbed to the top of English football, Everton were formidable opponents for anyone.

Four of their line-up started England’s World Cup quarter-final defeat by Diego Maradona’s Argentina in 1986, including the Golden Boot-winning Lineker. Lineker, who went to Barcelona and played in England’s 1990 semi-final loss to Germany, has described this Everton side as the best he ever played in. 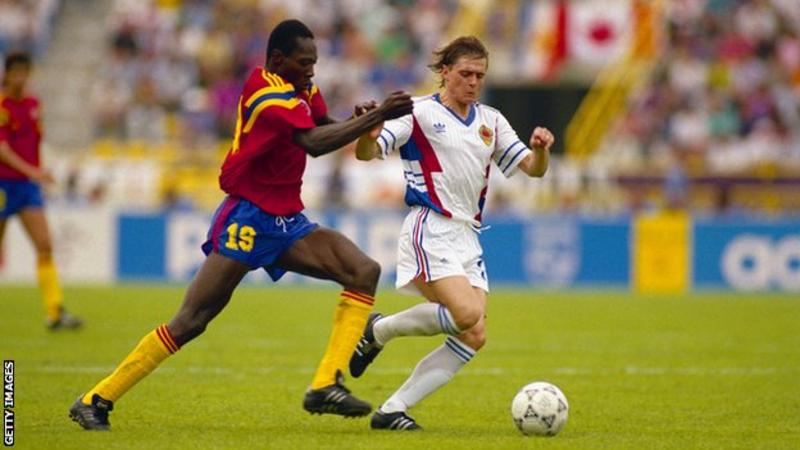 Dejan Savicevic, Dragan Stojkovic, Robert Prosinecki, with Davor Suker, Predrag Mijatovic and Zvonimir Boban coming through – early 1990s Yugoslavia is perhaps the most tantalising ‘what might have been?’ in modern football.

Many of European club football’s top sides of the 1990s had Balkan players.

Winners of the World Youth Championship in 1987, Yugoslavia reached the quarter-finals at Italia 90. But two years later United Nations sanctions denied Yugoslavia their place at the Euros as civil war broke out.

Straining relations between the six republics joined under the banner of Yugoslavia eventually broke into ethnic conflicts.

During the exclusion period, both Euro 92 and World Cup 94 were competitions missing a truly great side.

Famously, last-minute call-ups Denmark won against all odds in 1992.

However, it is the 1994 World Cup which could have seen this group victorious.

In the 1994 Champions League final Savicevic, alongside Boban in a great AC Milan side, orchestrated the dismantling of Johan Cruyff’s Barcelona.

Two months later Bulgaria reached the World Cup semi-finals on the back of Hristo Stoichkov, with winners Brazil reliant on Romario’s goals. Although the final was a heavyweight affair between Brazil and Italy, many of the regular big-hitters had failed to qualify or underperformed once there.

There are too many unknowns to say how Yugoslavia would have fared, but it would have been a lot of fun to watch this group trying to win the World Cup.

On 1 February 2012, a massive riot followed the Egyptian league match between Al Masry and Al Ahly at Port Said Stadium.

Following the investigations and aftermath of the riot, the government shut down the national league. Despite the huge financial risks faced by many Egyptian clubs at the time, the government felt unable to secure safe venues to resume play.

At the time of suspension, Haras El Hodood were sitting on top of the league, ahead of African Champions League holders Al Ahly by a point and with a game in hand. The team from Alexandria were surprise leaders having been no better than upper mid-table in previous years in a league dominated by Cairo’s giants.

Al Ahly had won the seven previous titles and on the resumption of football won the league for the 37th time. Egypt’s instabilities meant that professional football was not played until 2013-14, and for Haras El Hodood it was a return to the chasing pack.

There are not too many examples around the world of a league being suspended and unable to return, and fewer again where no championship or relegations are conferred on sides at the time of suspension.

This is one of them – will there be another soon? 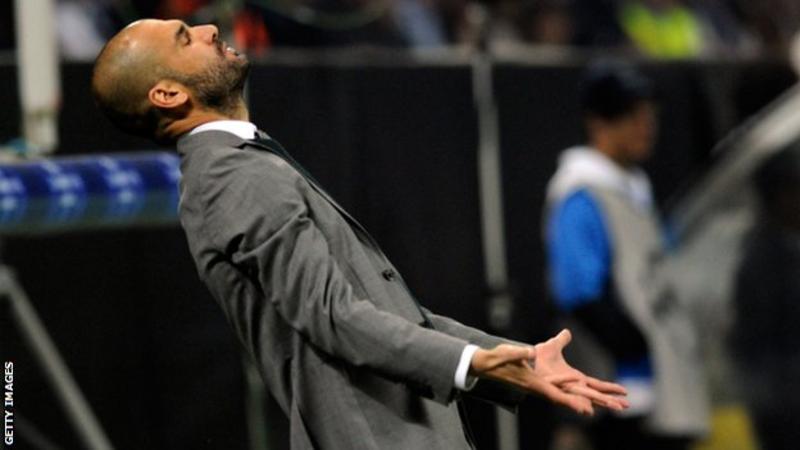 When Pep Guardiola took charge of Barcelona in the summer of 2008, his side adhered to Cruyff’s Total Football philosophy, with Lionel Messi, Andres Iniesta and Xavi leading a thrilling side.

Over the next three seasons, Barcelona won a hat-trick of leagues and two Champions Leagues. But for a freak occurrence, Barcelona may have secured a coveted hat-trick of European Cups, and ranked alongside Cruyff’s Ajax team of 1971-73.

In the spring of 2010 a volcano in Iceland brought Europe to a standstill. It erupted and plumes of volcanic ash hung over the continent, causing severe travel disruption.

Barcelona had to resort to a two-day bus trip to their semi-final with Inter Milan. Even veterans of the Aberdeen-London Megabus route would struggle with the 650-mile drive across southern Europe, and most would agree it is not ideal preparation to play a game of football.

Inter won their home leg 3-1, enough to see them through to the final where they beat Bayern Munich. What if Barcelona had been able to prepare for the tie normally? They had won and drawn against Inter in the group stages earlier in the competition and showed little sign of dropping their standards. On this occasion help literally fell out of the sky for Inter.

Regaining the Champions League the year after, comfortably beating Manchester United for the second time in three years, was the closing act of this Barcelona side. An enthralling unit denied their European Cup hat-trick and ultimately unable to match their forebears at Ajax.

It also prevented them becoming the first team to win the trophy in three consecutive seasons in the Champions League era – a feat subsequently achieved by Barcelona’s bitter rivals Real Madrid.