Home » Sport » Liverpool would have landed punters staggering £755,000 off just £10 bet with accumulator of last six home losses in row

LIVERPOOL'S remarkably bad run at Anfield could have made punters more than three quarters of a million pounds.

The Reds were beaten for a SIXTH home game in a row on Sunday afternoon as Fulham won 1-0 to heap more misery on Jurgen Klopp's side. 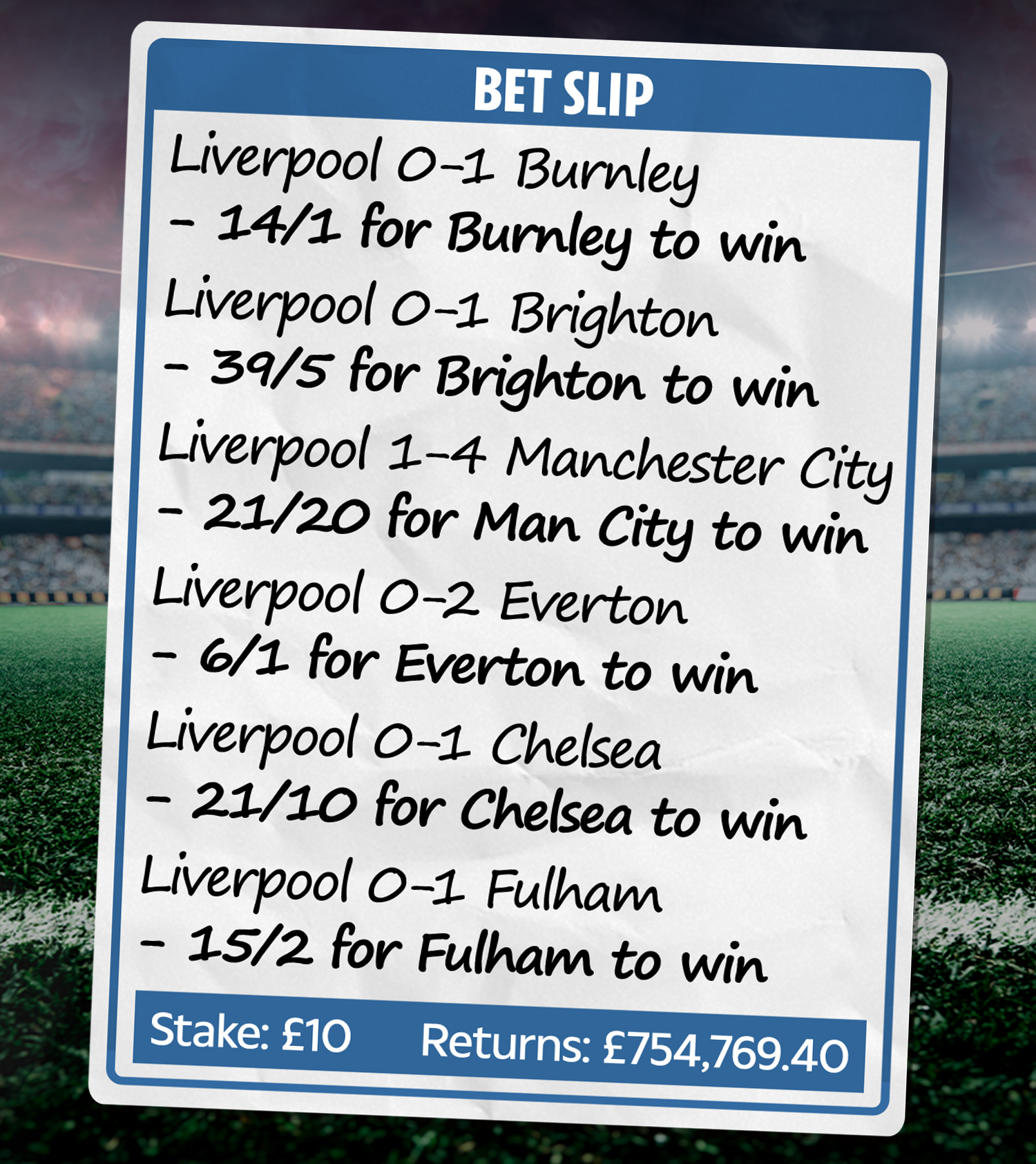 The reigning Premier League champions have now not won a match at home since they beat Tottenham on December 16.

Since then, they have suffered startling 1-0 losses to Burnley and Brighton, before being crushed 4-1 by Manchester City.

They were then convincingly outplayed by Everton in the Merseyside derby as Carlo Ancelotti's side picked up a 2-0 win.

And on Wednesday there was yet more disappointment for Liverpool fans when they succumbed 1-0 to Chelsea.

The Reds' dreadful run of form was encapsulated by the lack of shock their sixth home loss was surrounded by on Sunday.

Relegation-threatened Fulham outplayed the champions for large parts as Klopp's much-changed side struggled to create many clear-cut chances. 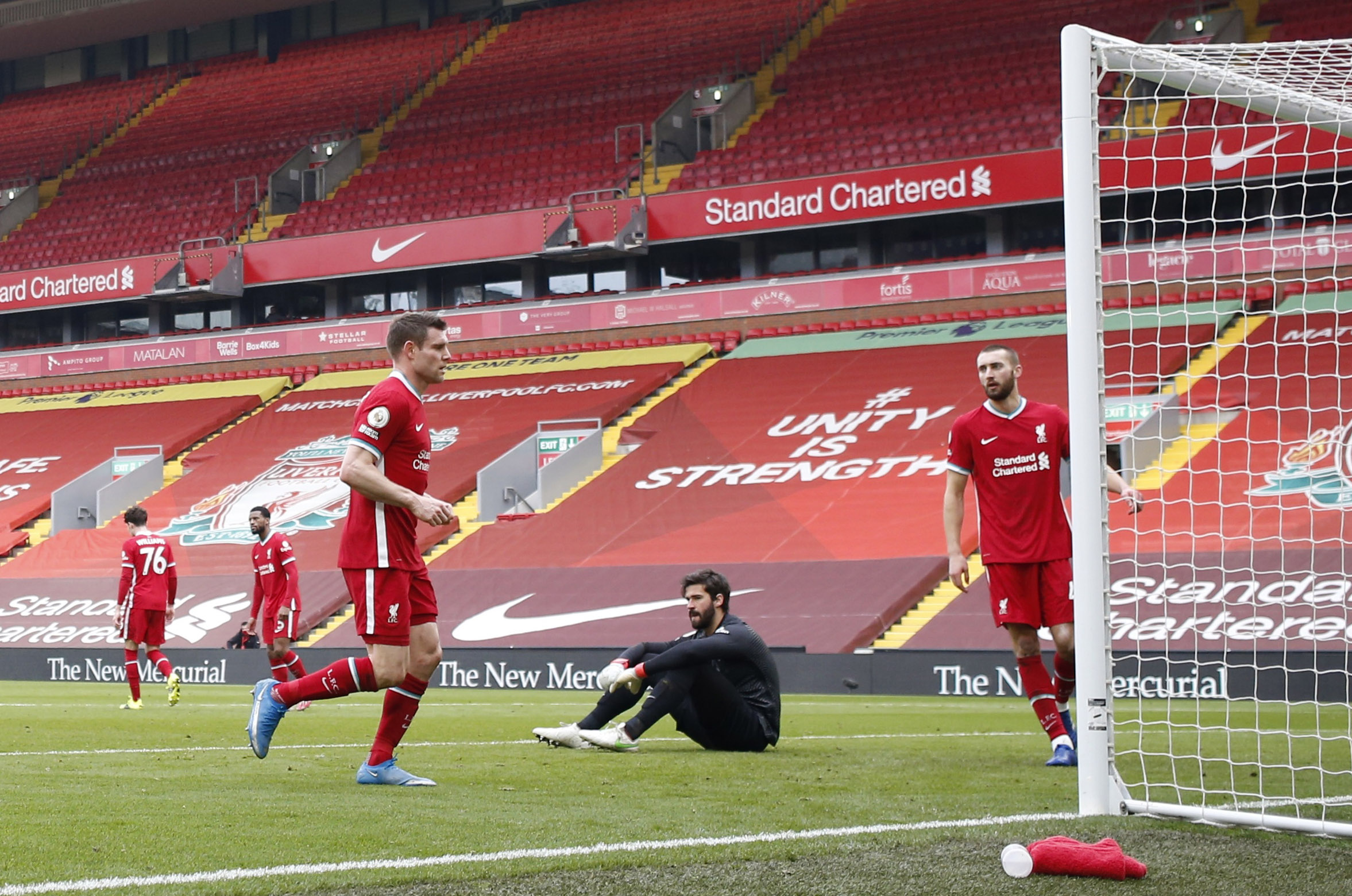 Liverpool have only scored one goal in those six defeats at Anfield, which was a penalty that Salah converted against Man City.

The Reds now sit four points off a Champions League place having played more games than all of those around them.

You can also now get a huge 23/10 for Liverpool to finish in the top four at the end of the season, a price you would scarcely have believed at the start of the campaign.