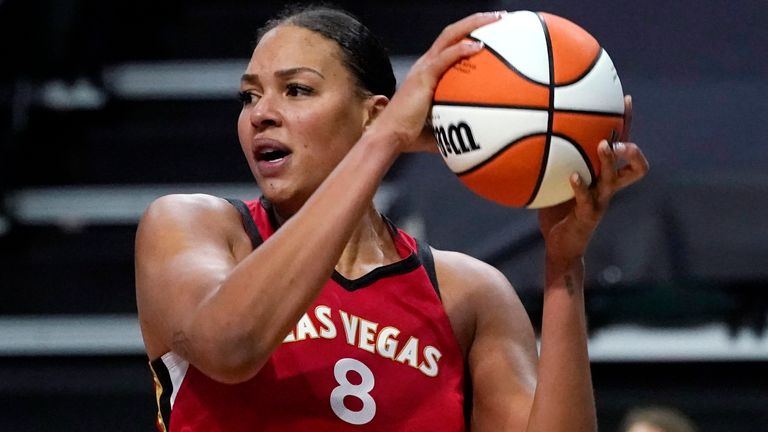 Liz Cambage has withdrawn from the Olympic Games citing mental health concerns, dealing a massive blow to Australia’s medal hopes after Basketball Australia launched an investigation into an altercation involving the 29-year-old on Thursday.

The Las Vegas Aces centre played for the Opals against Nigeria in a closed-doors game in Las Vegas as the Australians continued their preparations ahead of their trip to Tokyo.

But following reports of an incident during the tune-up encounter in Las Vegas, Cambage announced her intention to pull out of the Games.

“Anyone that knows me knows one of my biggest dreams is winning an Olympic gold medal with the Opals,” she said in a statement issued by the Australian Olympic Committee.

“Relying on daily medication to control my anxiety is not the place I want to be right now. Especially walking into competition on the world’s biggest sporting stage.

“I know myself, and I know I can’t be the Liz everyone deserves to see compete for the Opals. Not right now at least. I need to take care of myself mentally and physically.

“It breaks my heart to announce I’m withdrawing from the Olympics, but I think it’s best for the Opals and myself. I wish them nothing but the best of luck in Tokyo and I hope they go forth and win a gold medal.”

Cambage previously threatened to boycott the Games over a lack of racial diversity in Australia’s Olympic photoshoots before backtracking on the threat. She has long been a key member of the Opals line-up and her involvement was seen as vital as the Australians look to return to medal-winning ways in Tokyo.

They crashed out of the 2016 Olympics in the quarter-finals having won medals in each of the five previous Games.

“We respect her decision and wish her the best in returning to full health.

“Our focus now moves to working with the Opals so they can achieve the goals they have set for themselves in Tokyo.

“We know they are totally committed to achieving success in Tokyo and they will still bring an incredibly strong team to this campaign.”