The man they call ‘Merlin’ pulled out a few of his old tricks as he bowed out of the Premier League after 309 appearances. 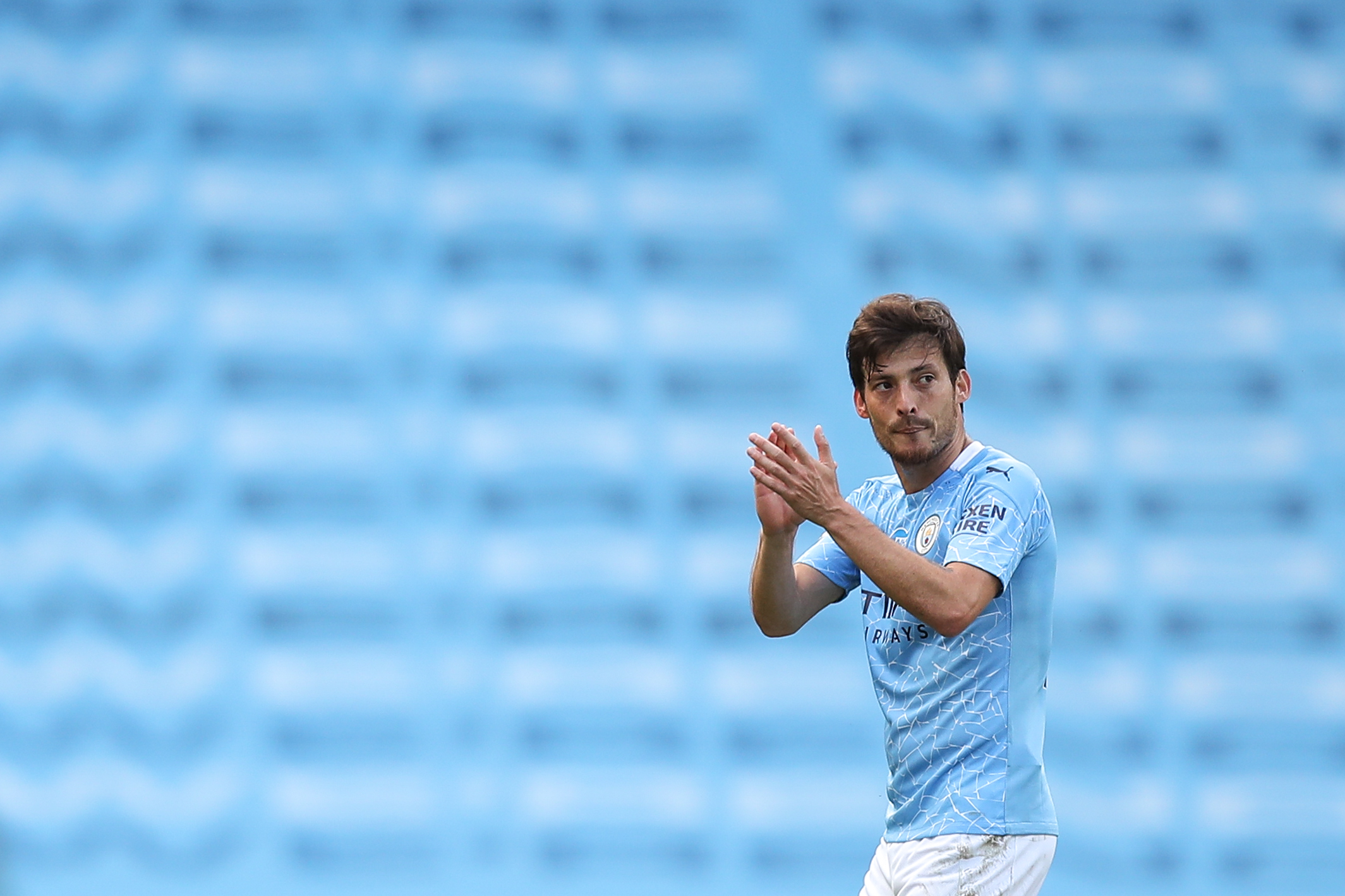 Kevin de Bruyne did his best to upstage the Sorceror as he scored two crackers – while also equalling the Premier League assist record.

And between them, they helped ensure Pep Guardiola’s men smashed through the 100 goal barrier for the second time in three seasons.

City will miss their Spanish wizard – but de Bruyne will ensure his legacy lives on for the next few years at least.

It turned out to be a perfect preparation for City’s Champions Legaue last 16 tie against Real Madrid next month.

Just briefly though Norwich threatened to spoil the party.

Onel Hernandez cut in onto his right foot and fired a low shot from 20 yards beat the outstretched arm of Ederson and nestled in the corner.

It appeared to be a blow for the Brazilian keeper who was neck and neck with Burnley’s Nick Pope for the most clean sheets and the Golden Glove.

However VAR came to his rescue as it spotted that the Cuban winger was marginally offside when he collected the ball. 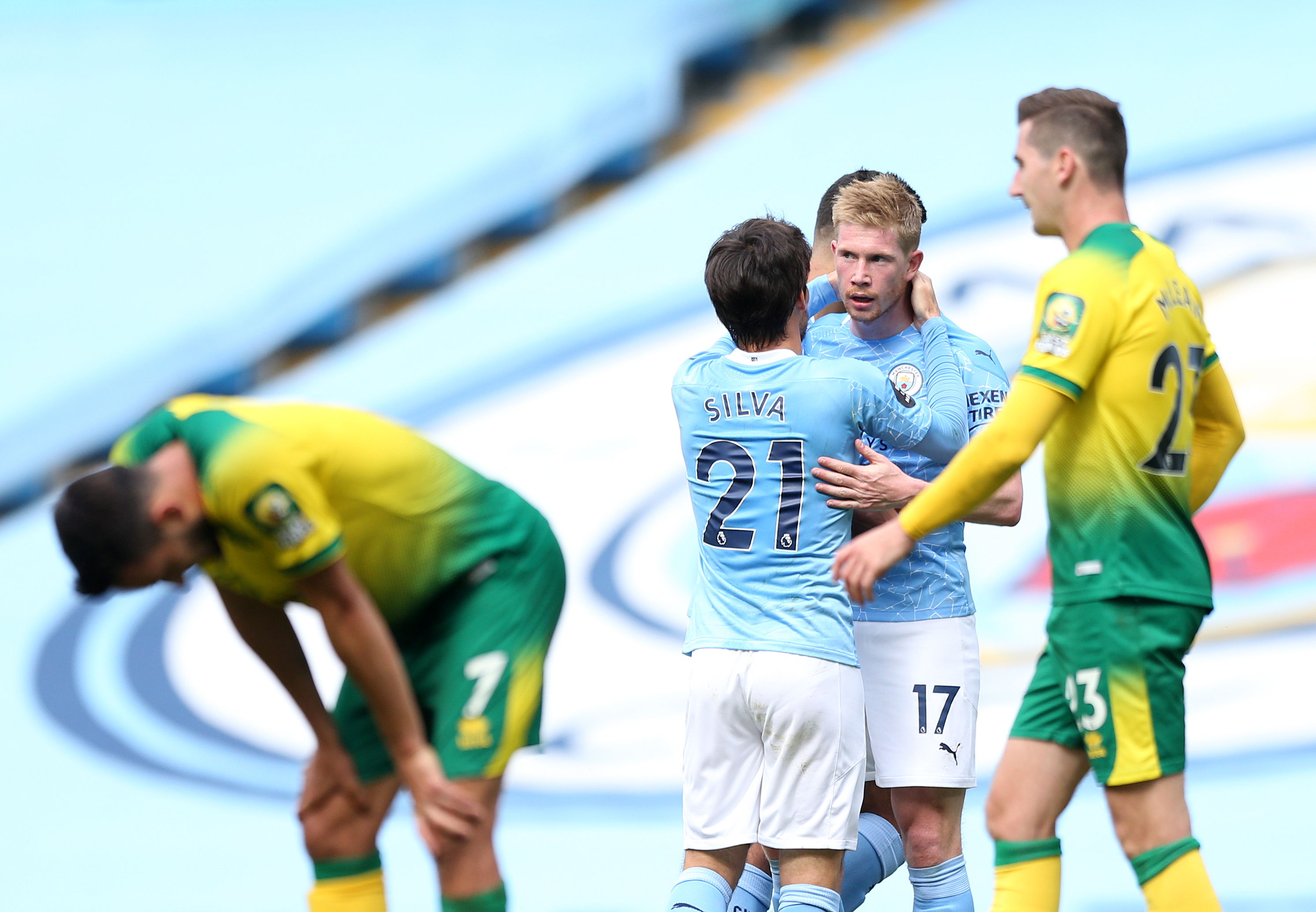 And it felt typical of the way the season has gone for the Canaries that City went up the other end and scored.

Raheem Sterling’s low cross from the right was met by Silva and while his effort was blocked it broke for Gabriel Jesus to tap home.

De Bruyne’s goalbound shot blocked by Godfrey and the defender was there again to divert Jesus’ effort over the bar after Tim Krul spilled a low cross.

Norwich did have their moments though and that will interest anyone watching from Madrid.

Teemu Pukki raced clear from near the half-way line and showed good pace but looked like a man who hasn’t scored in 14 matches.

He shot straight at the legs of Ederson and the rebound fell for Todd Cantwell whose chip dropped inches over the cross bar.

Back at the other end, Silva took a pass from Sterling in his stride and eased past Christophe Zimmerman but then rolled his shot wide of the far post.

Yet the second goal did arrive just before the break as Kyle Walker played a pass into the feet of De Bruyne. 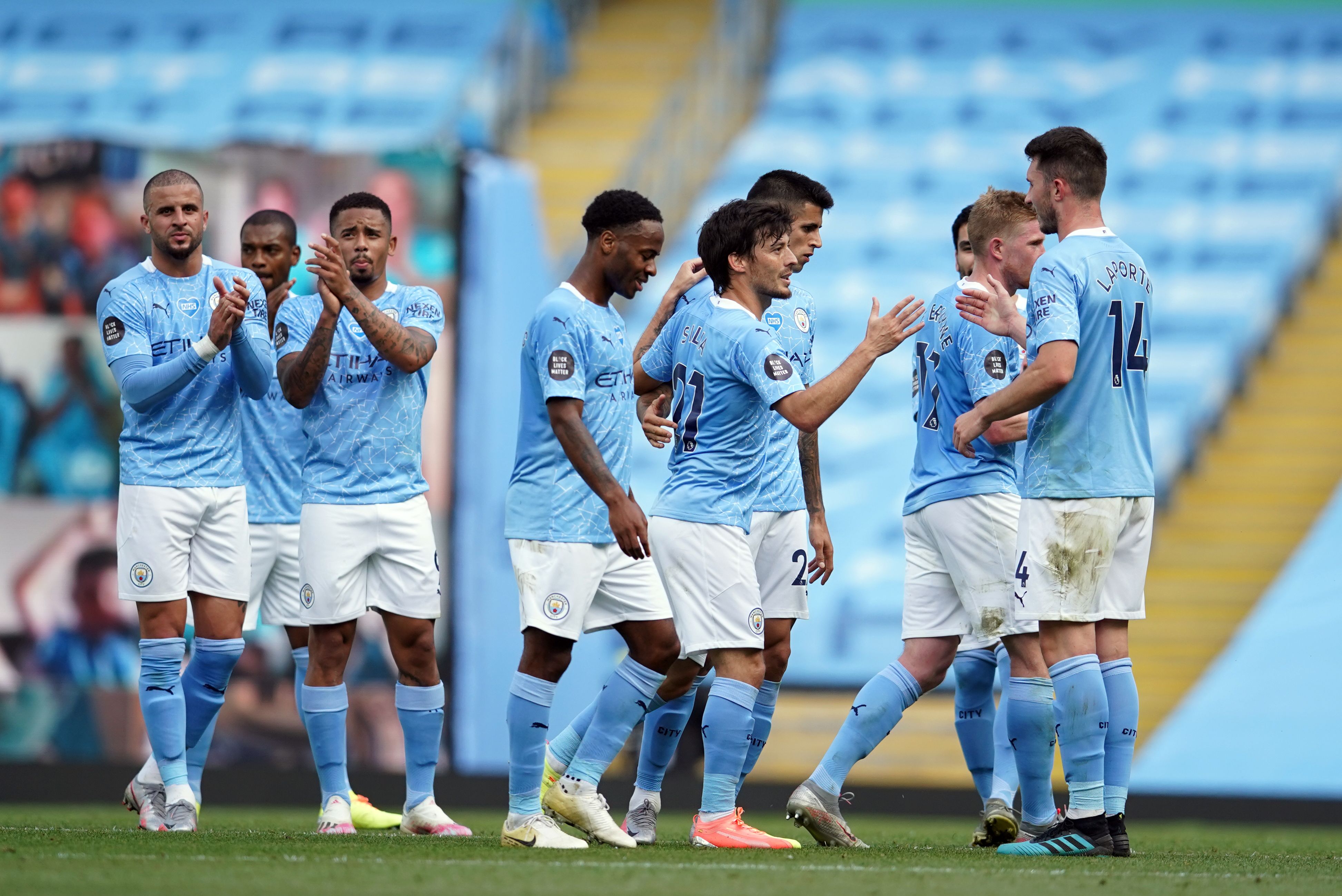 There did not seem to be much on but he fashioned an opening for himself before curling a 20 yard beauty over Krul and into the top corner.

The £54million superstar needed just one assist to equal the Premier League record of his former Belgium coach Thierry Henry on 20.

Why set up someone else though when you can finish like that?

He may have missed out on the Football Writers Player of the Year award to Jordan Henderson, yet he has still had an incredible season.

The game was as good as won for City and Pep Guardiola made three changes at the break – no doubt wanting to give a run-out to as many players as possible.

One of the replacements – Ilkay Gundogan – thumped a low shot inches wide.

Silva twisted and turned in the box – getting the ball onto that famous left peg but Krul got down brilliantly to save. The goal he craved was destined not to come.

Ederson made another smart stop to deny Hernandez but almost all of the game was being played in the Norwich half. 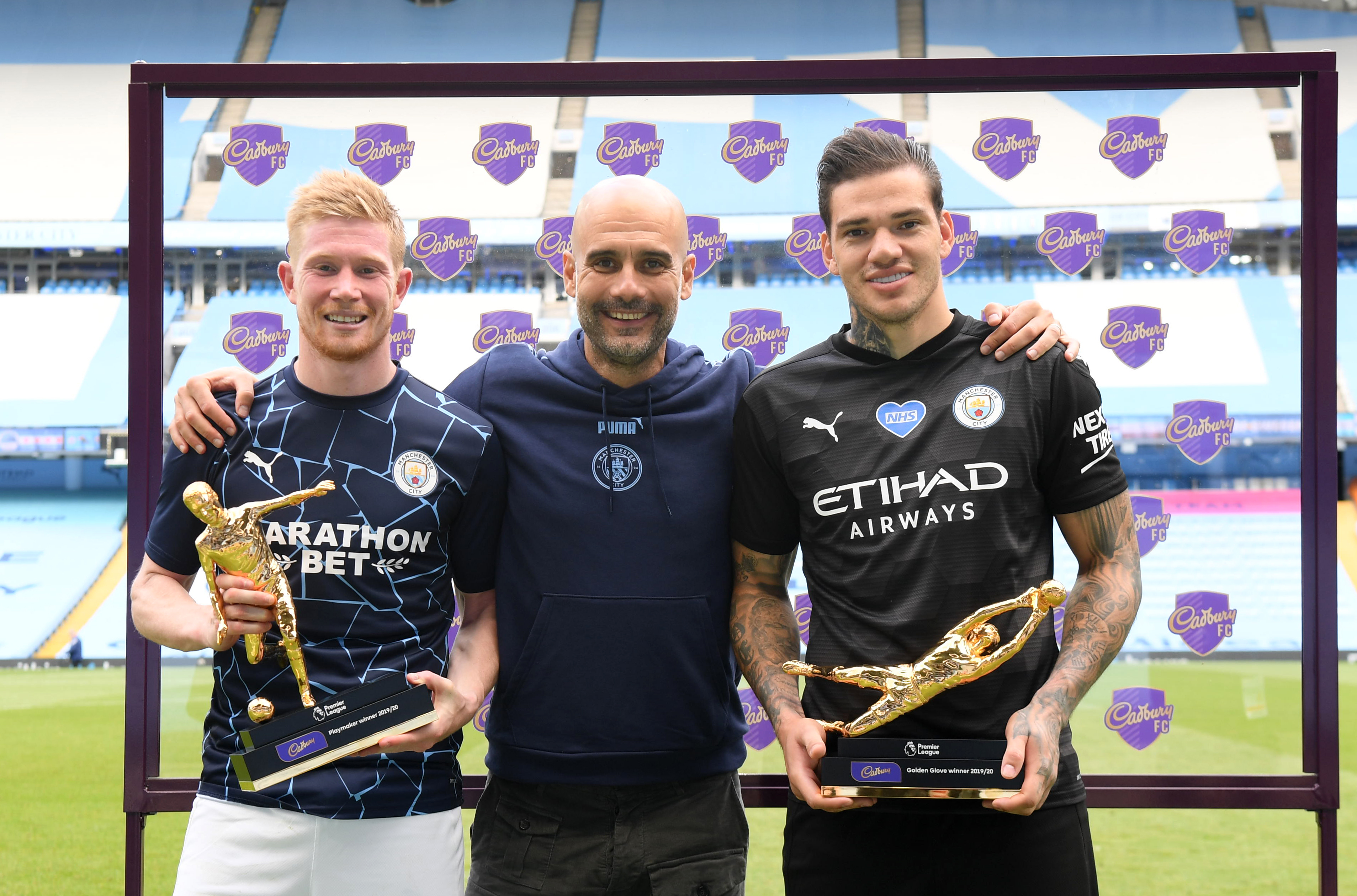 Daniel Farke’s men have known for several weeks they would be going down – yet the manner of their relegation will be a concern.

This was a 10th straight defeat in all competitions since football re-started next month. The German boss will have to somewhere restore some confidence at Carrow Road.

De Bruyne was still looking for that assist record though – and his cross which was bound for Sterling was touched onto his own post by a stretching Zimmerman.

Then the Belgian’s pin-point corner was met by a volley of Riyad Mahrez but he directed his volley just over the bar.

He must have thought it was not to be but just over 10 minutes from time he rolled a trademark pass into Sterling who stayed onside and applied the finish.

City almost started their next century as Mahrez sent a low shot that was destined for the corner before Max Aarons got a foot to it.

It wasn’t long in coming though as – under pressure from De Bruyne – Kenny McLean rolled the ball into the path of Mahrez, who gratefully fired into the corner.

That was the cue for Silva to bow out – he was applauded off by the handful of people in the ground. He deserved more and one day – when things are back to normal – he will get it.

Silva was watching from the bench as Mahrez saw his shot blocked and the rebound fell to De Bruyne who hammered in a shot off the post.

The veteran Spaniard nodded in approval – he has taught those he leaves behind at the Etihad well.