Daniel James had just levelled the scores with a curling shot into the far top corner in the 89th minute. 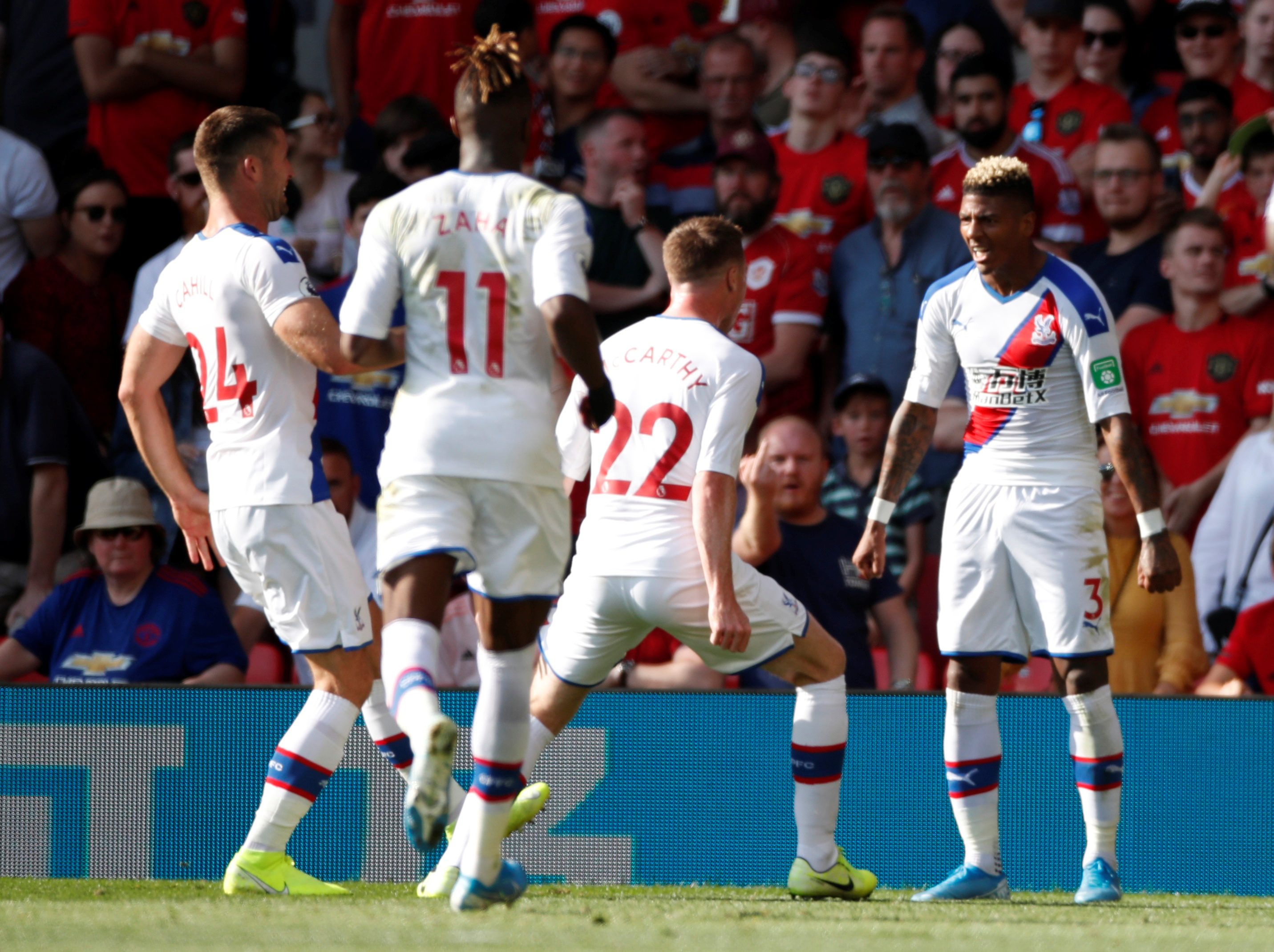 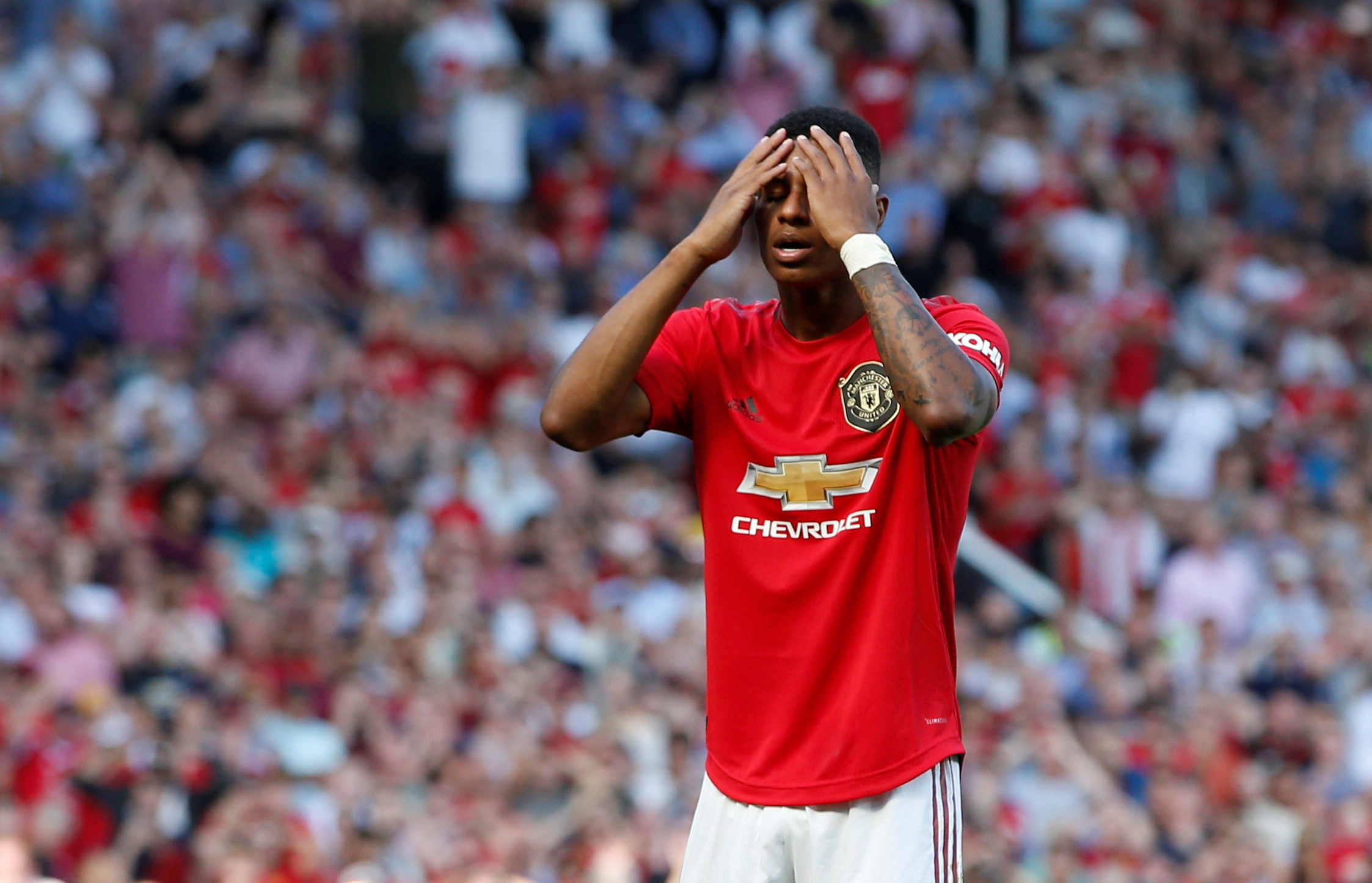 Then as they pushed for a winner in the third minute of injury time Paul Pogba lost the ball Palace broke with speed and efficiency and Van Aanholt fired a shot through the hand sof David De Gea at the near post to win the game.

A sorry end to a sorry day for United which saw them also fluff another spot-kick.

After all the hulabaloo over penalty kicks around Manchester United this week you just knew they would get against Crystal Palace.

You just knew they were going to miss as well.

After confusion reigned at Molineux last Monday and Paul Pogba saw his shot saved Ole Solskjaer made it clear that Marcus Rashford was now the No1 taker.

After all it had been Pogba’s fourth miss from the spot in nine attempts in the league.

So when Palace captain Luka Milivojevic clipped Scot McTominay’s heals in the box and refreee Paul Tierney pointed to the spot there would be no debate was to who was taking this 70th minute chance.

The problem was there was now huge pressure on Rashford, that is what Monday has now created, penalty blind spot.

He did his usual run up from  side on and hammered the ball to the goalkeepers right, but the ball smashed off the inside of the post, shot across the goal and went clear of danger.

A collective groan from 70,000 a look of disbelief on the face of Solskjaer.

The England striker was subjected to horrific racist abuse on Twitter for the miss.

There have been too many false dawns for Manchester United fans to have been getting too excited this early on.

It was tempting after match one when they put Chelsea away 4-0. 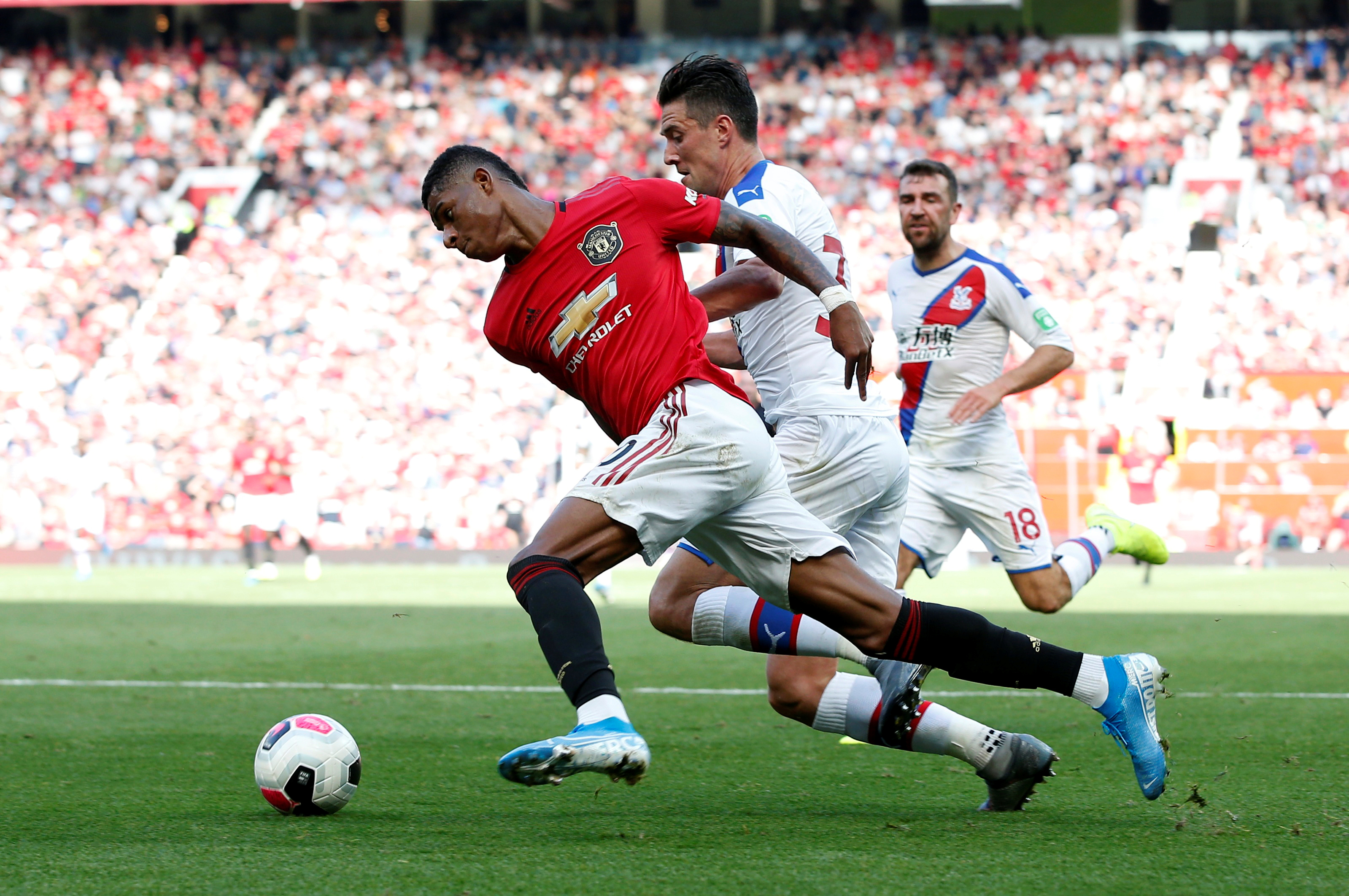 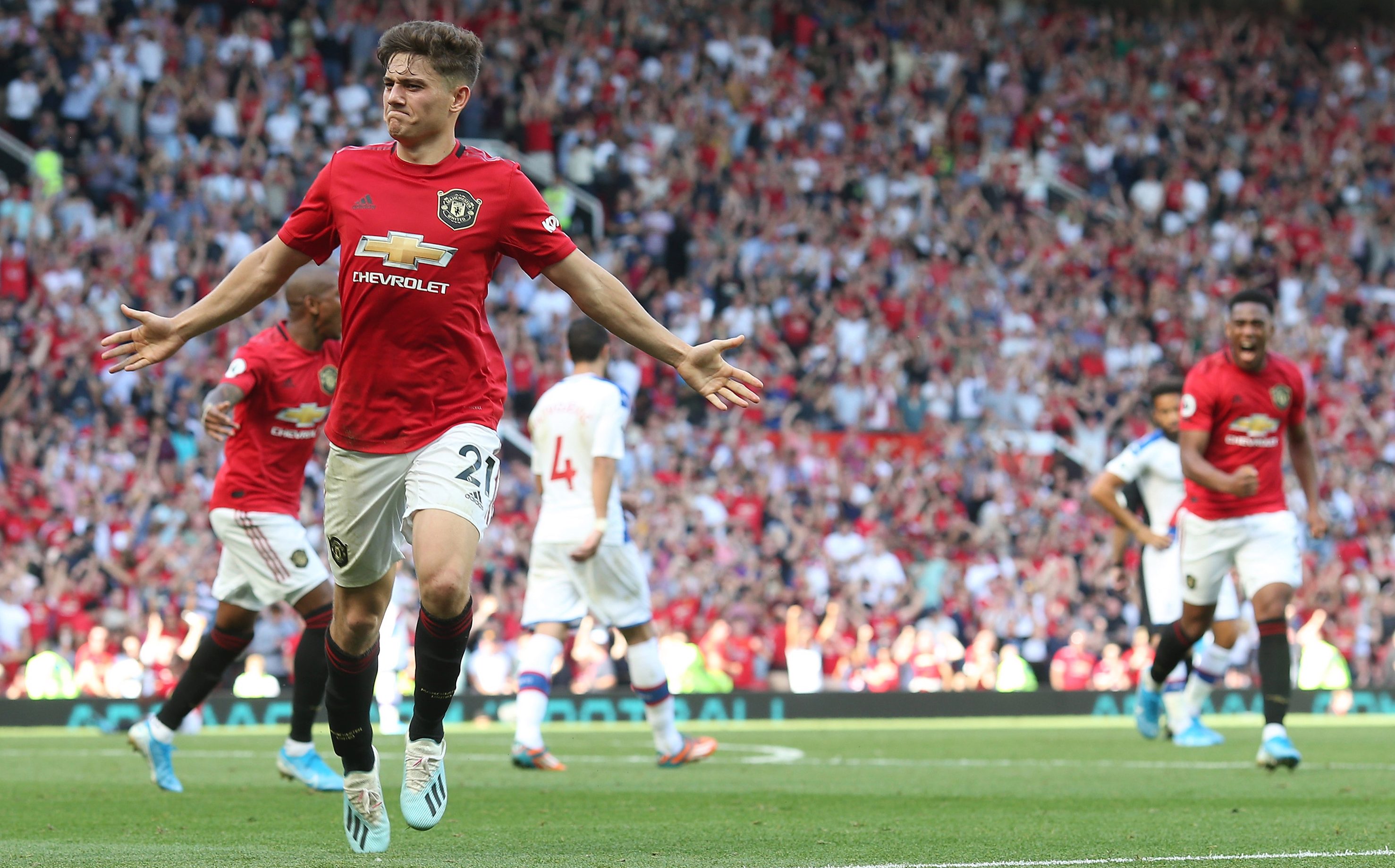 A point away at Wolves come the end of the season might not look too shoddy either.

Problem was it should have been three.

But manager Ole Solskjaer rallied his men and said they could put it right the following weekend at home to Crystal Palace.

In fact visiting Crystal Palace not only scored their first goal at Old Trafford in 15 years but recoreded their first ever Premier League win against the Red Devils.

There have been a few too many firsts for visiting teams over the last six years.

The winner came courtesy of a very simple and direct route.

For all the passing out from the back that characterises our game now, route one can still find the target.

So it was in the 32nd minute that Palace Goalkeeper Vicente Guaita launched a ball forward, Jeffery Schlupp beat Victor Lindelof to the header and Jordan Ayew sprinted away to slide  a shot past David De Gea.

Ayew justifying his recall in place of Christian Benteke after Palace’s defeat at Sheffield United.

Well  Maguire could become a Ferdinand but Vidic would have sent that header flying 60 yards back towards the Palace players. 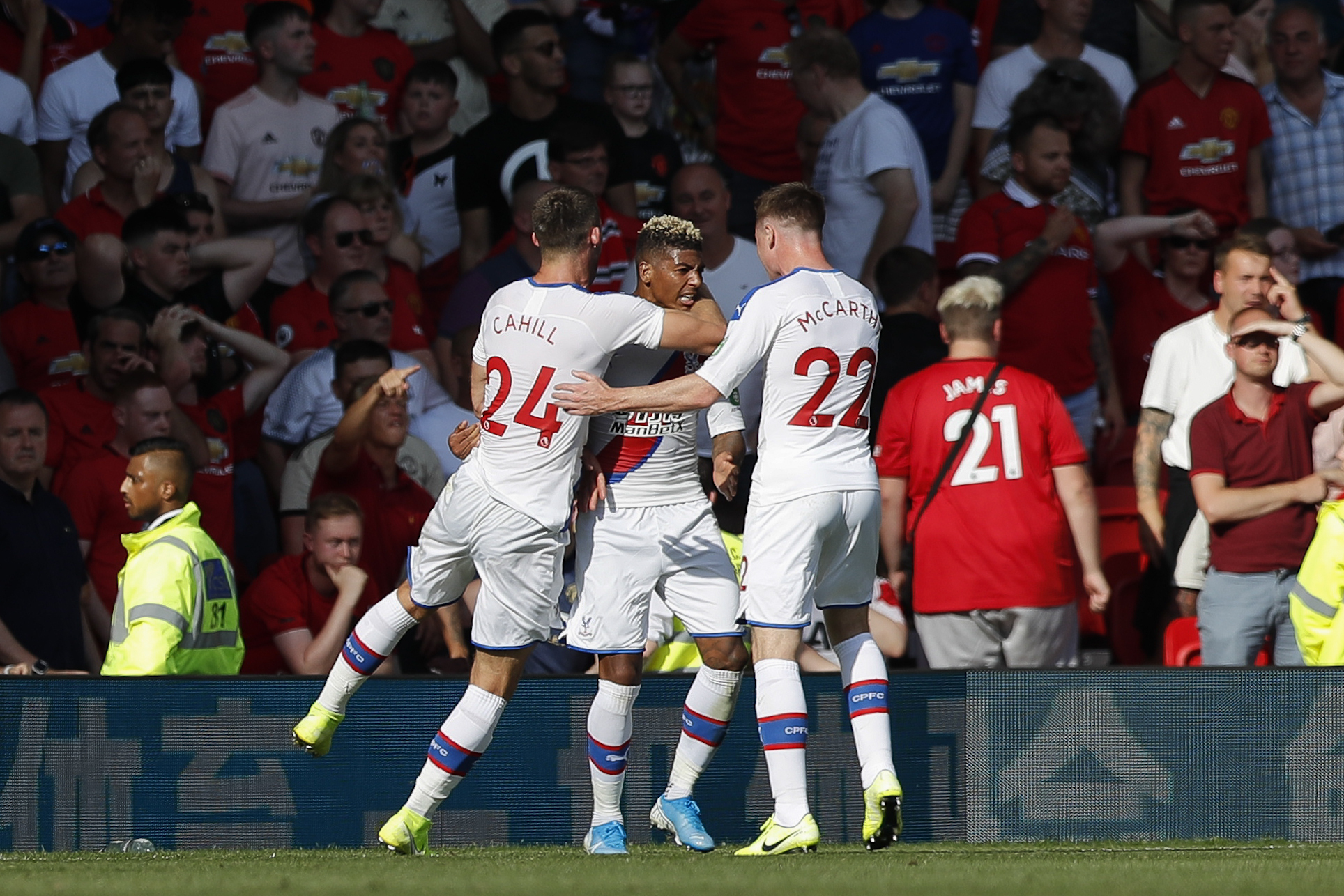 It was not like this was one of those games where goalkeeper Guaitia had a great game and United could count themselves so unlucky.

In fact he barely had a save to make.

United can most certainly point to a 40th minute incident that should have gone their way.

Anthony Martial latched onto a through ball from Jesse Lingard and Gary Cahill brought him down on the edge of the box.

He was the last man, it should have been red but Paul Tierney showed yellow much to the protestations of the United players.

There were similar frustrations in the 55th when it appeared that Martin Kelly leant into Martial in the area forcing him to shoot wide. Crys went up for a pena and VAR, but only a goalkick was awarded.

They even claimed for another penalty in the 82nd minute as Rashford went down should to shoulder with Martin Kelly.

It was checked, it wasn’t a pen, they probably would have missed it anyway.