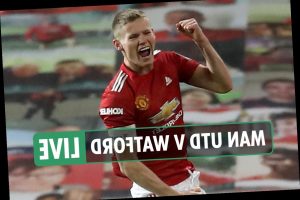 MANCHESTER UNITED trickled into the fourth round of the FA Cup with a drab 1-0 win over Watford at Old Trafford.

Follow ALL the action with our live blog below…