RALF RANGNICK must already have that sinking feeling at Manchester United.

This group of underperforming Red Devils have already got two bosses the sack in Jose Mourinho and Ole Gunnar Solskjaer with average performances. 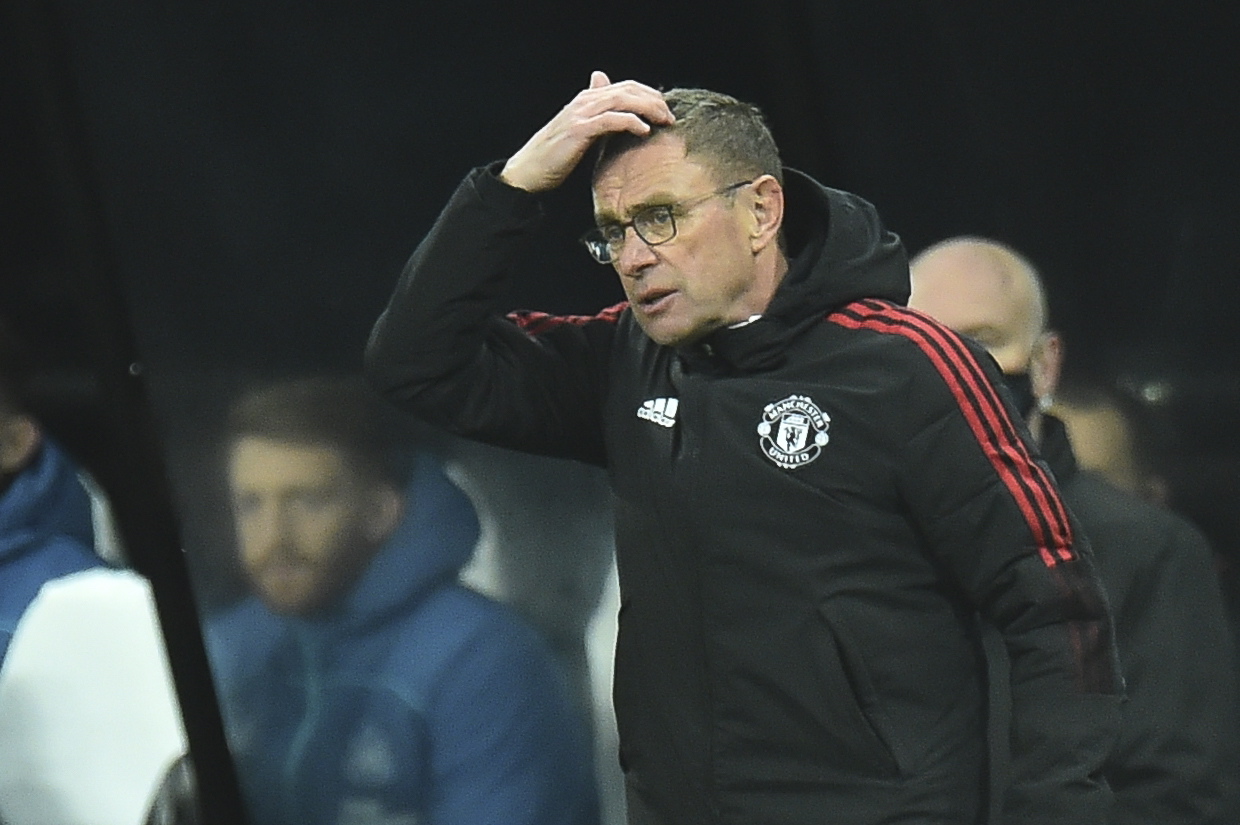 The alarming statistic that United lost possession a whopping 167 times in Monday’s abysmal 1-1 draw at Newcastle — their highest in the Premier League this season — suggests these players are the root of  the problem.

A failure to carry out basic tasks such as passing to a team-mate or high pressing shows the major task Rangnick has on his hands.

Rangnick was brought in to act as the buffer before appointing a new manager in the summer in his mould.

The interim chief, who even raised the chance of staying on as boss next season, has introduced a new style of play with his 4-2-2-2 formation.

But the intensity, speed and desire on view in the opening 30 minutes of the Rangnick era in the 1-0 win over Crystal Palace earlier this month has already waned.

The Old Trafford stars had a 16-day gap between fixtures due to a Covid outbreak — but the German saw his side second best against relegation- threatened Newcastle.

No wonder the 63-year-old said he ‘did not like the performance at all’.

Added to a lack of identity on show was the absence of unity and embarrassing body language from well-paid stars Cristiano Ronaldo, 36, and 27-year-old Bruno Fernandes.

And that was enough for Red Devils legend Gary Neville — a staunch defender of the Solskjaer reign and this group of players — to tear into Old Trafford’s ‘whinge-bags’.

However, Neville was not finished there. He then went on to criticise former team-mate Ronaldo for not bothering to even acknowledge United’s 3,000 travelling supporters.

Even the club’s biggest fan is wilting after seeing United drop points and concede in the league under Rangnick for the first time.

Loyalty can only go so far when on live TV as Neville slammed the lacklustre performance.

Skipper Harry Maguire, 28, who was woeful on Tyneside, said: “No 16-day break in the middle of a football season is going to help you.

“The training ground has been shut and half the lads playing today are recovering from the virus, so it's not going to help us. It’s been tough.”

This excuse would stand up if other clubs had not had a similar break and come back with a bang.

When you are being outmuscled and out-run by a struggling Toon team with one win to their name all season and serious Covid issues of their own, the problem is not a 16-day hiatus.

It comes down to whether United’s senior players are doing enough for the cause and dragging their club through rough patches.

Ronaldo and Fernandes, the biggest whinge-bags of the lot, are failing in that regard, stropping about on every blade of grass they can find.

Superstar Ronaldo storming down the tunnel at full-time was another selfish act.

Neville added: “I was lucky. For 20 years I had a brilliant dressing room with characters and personalities.

“Win, lose or draw they were with each other. I don’t feel that here.

“There’s a leadership struggle going on, Maguire doesn’t feel like a captain. Cristiano’s upset that hierarchy. I don’t feel the mix going on is right.”

To add to that, a group of erratic players are being asked to play in a way that is completely alien to them in a 4-2-2-2 that works well in the Bundesliga.

In the Prem, the jury is still out because it depends on willing runners and unwavering commitment. Neither appear present in this United team.

Doubts over Ronaldo’s ability to press remain, Mason Greenwood and Marcus Rashford are struggling to adapt.

Rangnick — a man who has devoted his life to playing a certain way that revolutionised European football — is hardly going to backtrack on his beliefs now.

But you feel some sort of compromise must be met if United are going to salvage yet another season.

The Rangnick honeymoon is over. If things do not change fast, Mourinho and Solskjaer know all too well how this one could end — as do the current United squad.