HARRY MAGUIRE might just be worth the £80million he will cost Manchester United, according to the stats.

United are ready to beat rivals City to the Leicester and England centre-back by stumping up a world-record fee for a defender. 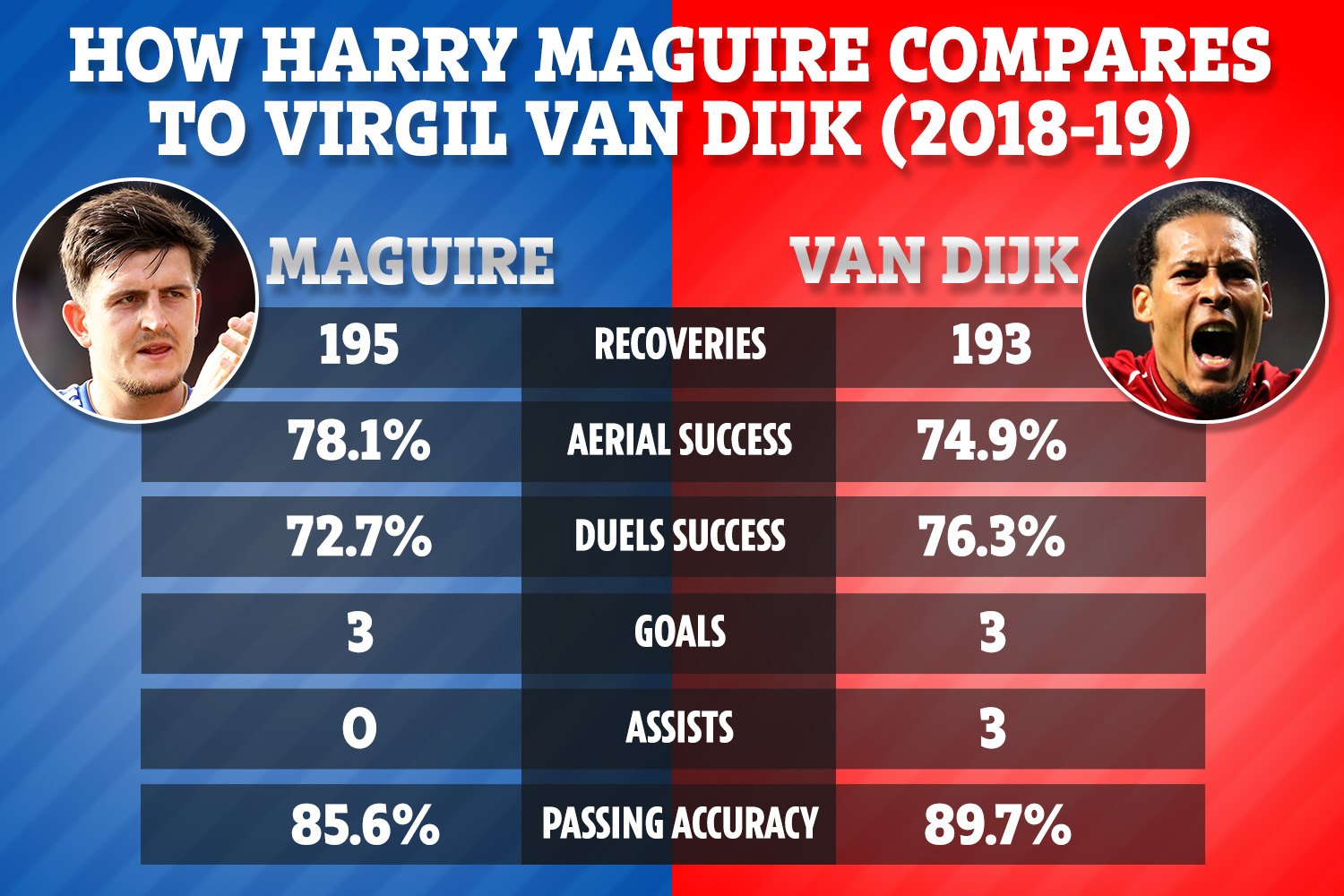 So how do the pair compare?

There is surprisingly little to separate the centre-backs statswise, though Van Dijk does come out on top.

The Liverpool colossus – who is favourite to win this year's Ballon d'Or – set up more goals, had a better duel success rate and passing accuracy than the former Hull star.

But Maguire made more recoveries and recorded a better percentage winning headers.

It is worth taking into consideration both players' respective clubs.

Van Dijk played all 38 Premier League games for runners up Liverpool, who conceded the fewest goals in the league with just 22.

Maguire made 31 appearances for ninth-placed Leicester, whose defence was much worse with 48 goals conceded.

At 26, Maguire has an extra season in the tank on 27-year-old Van Dijk.

While United would be breaking the bank to sign the Leicester star, that could be money well spent if he has half the influence as the Dutchman.

Liverpool defender Andy Robertson said: "He brings everything, in my opinion. He is one of the leaders in the changing room now, he is vocal.

"He is a lovely person off the pitch. He has been so crucial to what we do.

"The players around him have helped; Joel [Matip] has been magnificent when he has been called upon this season, Joe Gomez was different class at the start of the season, and Dejan [Lovren] has obviously played games and stepped up where he has been great.

"The central partnerships have been really good this season. Virgil takes all the plaudits but rightly so – he has been on a different level to anyone this season. What he brings on and off the pitch is special."