Home » Sport » Man Utd ratings: Shaw put in a horror show and Greenwood was brightest spark before being hauled off for some reason

MANCHESTER UNITED were thumped by Liverpool on an embarrassing afternoon at Old Trafford.

Ole Gunnar Solskjaer's side were carved to pieces by the dominant Reds on a nightmare day. 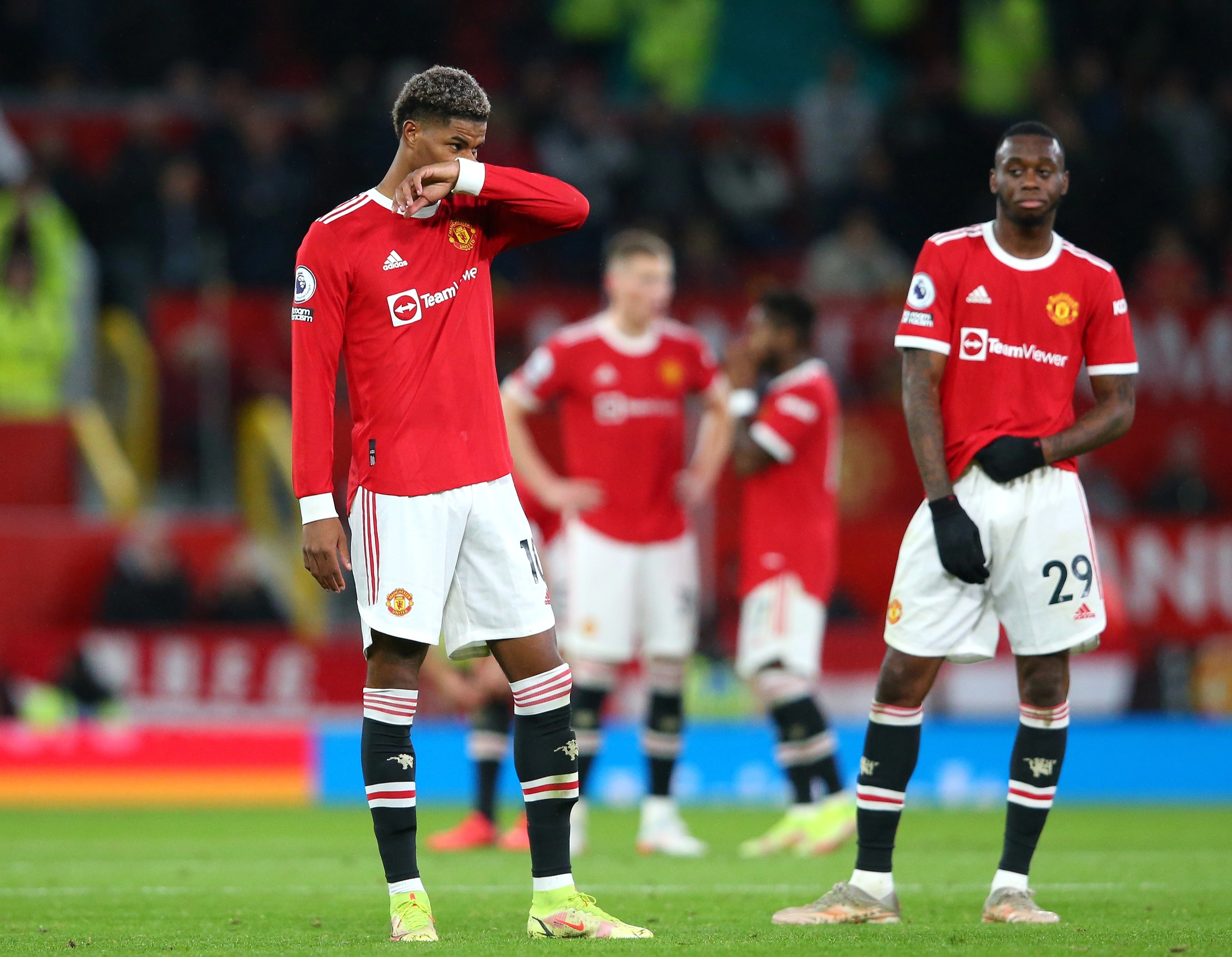 And Mo Salah helped himself to an Old Trafford hat-trick to pile on the Man Utd misery.

Here is how SunSport rated Man Utd's players on Sunday.

Being hyper critical, he might have done better with the opening goal and Mo Salah's second just before half-time.

But he was absolutely deserted by his defence for large parts of the afternoon. 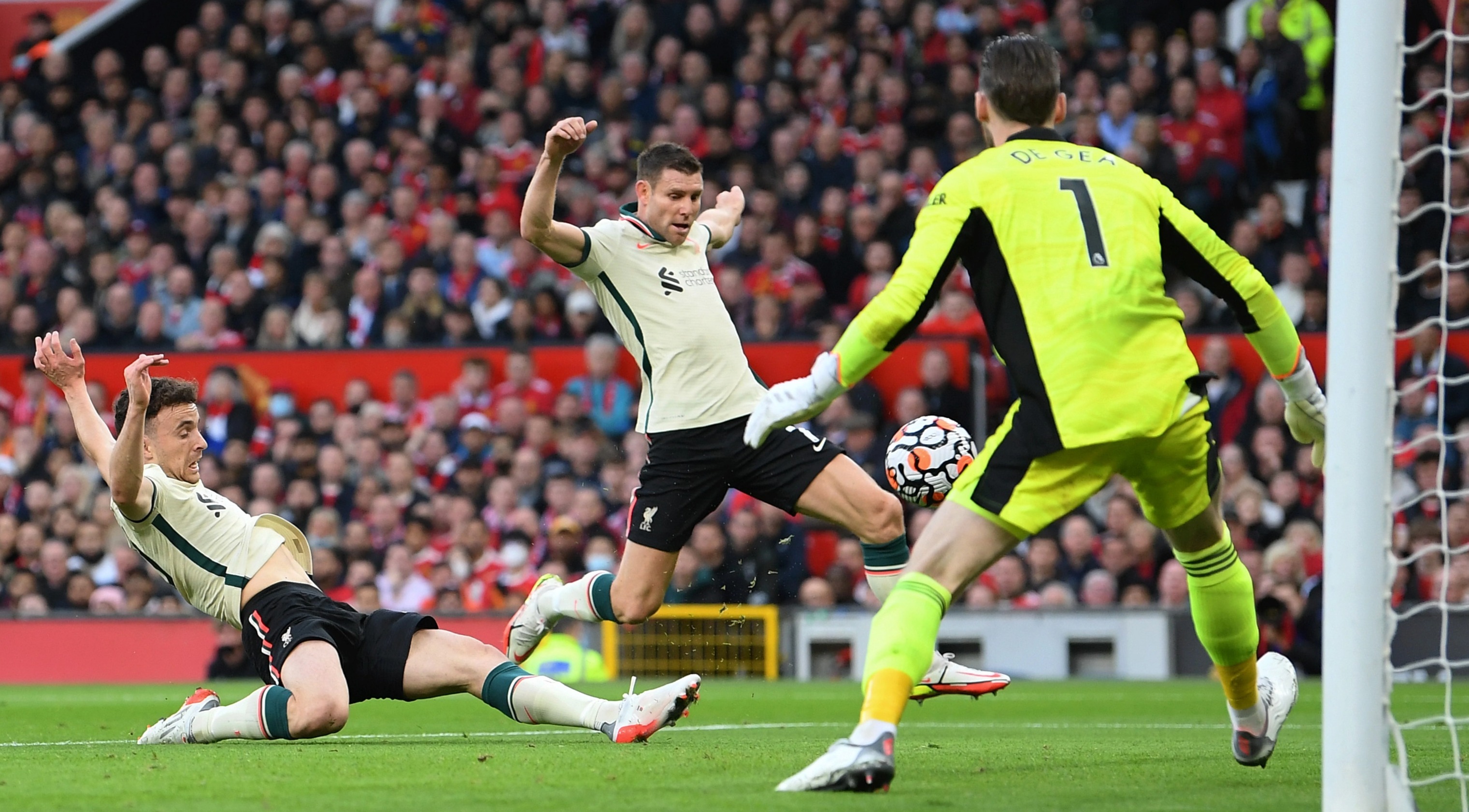 Came up against Diogo Jota in fine form and was given a torrid afternoon at the office.

None of Liverpool's goals came down his side, to be fair to him.

But the right-back didn't do enough going forward, either, to help Mason Greenwood and Paul Pogba on his flank.

Caught out of position for virtually every Liverpool attack going forward and had no idea how to deal with Roberto Firmino.

Never got close enough to Jota for Liverpool's second goal or Salah for their third.

An awful afternoon for the Manchester United captain and he's clearly not yet fully fit.

A terrible mix-up with Luke Shaw for Liverpool's second goal and never got close to Firmino or Salah all afternoon.

Played Salah onside for the first goal, collided with Maguire for the second and then goals three, four and five all came down his flank.

One of the worst performances by a Manchester United defender in the Premier League. 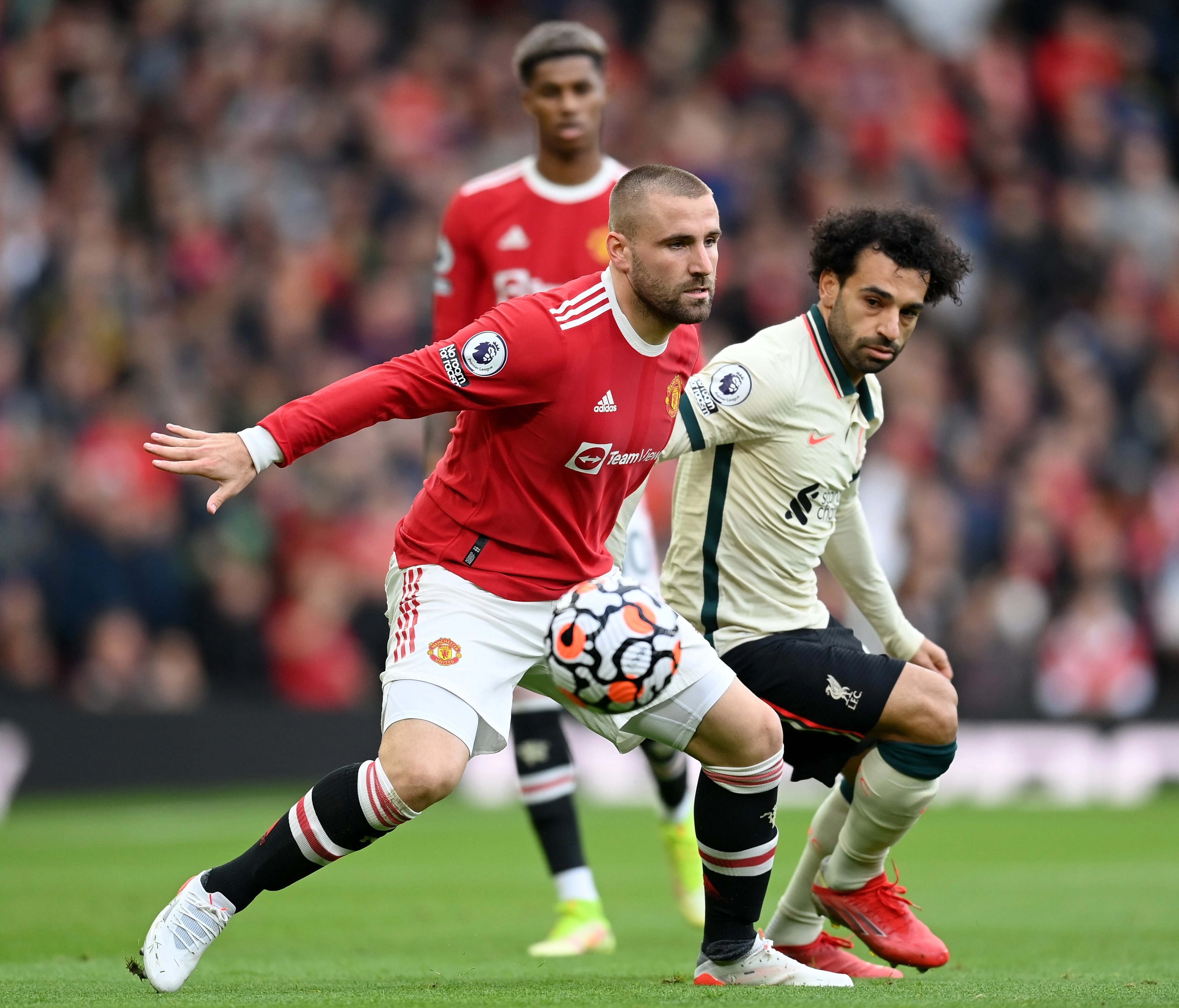 Non-existent in the middle of the park. He gave the ball away far too often and was given the run-around by Liverpool's midfield for most of the afternoon.

Marginally better than his midfield partner Fred but was second best to the likes of James Milner, Naby Keita and Curtis Jones most of the day.

He was penned in by Liverpool's midfield and never allowed influence the game going forward. 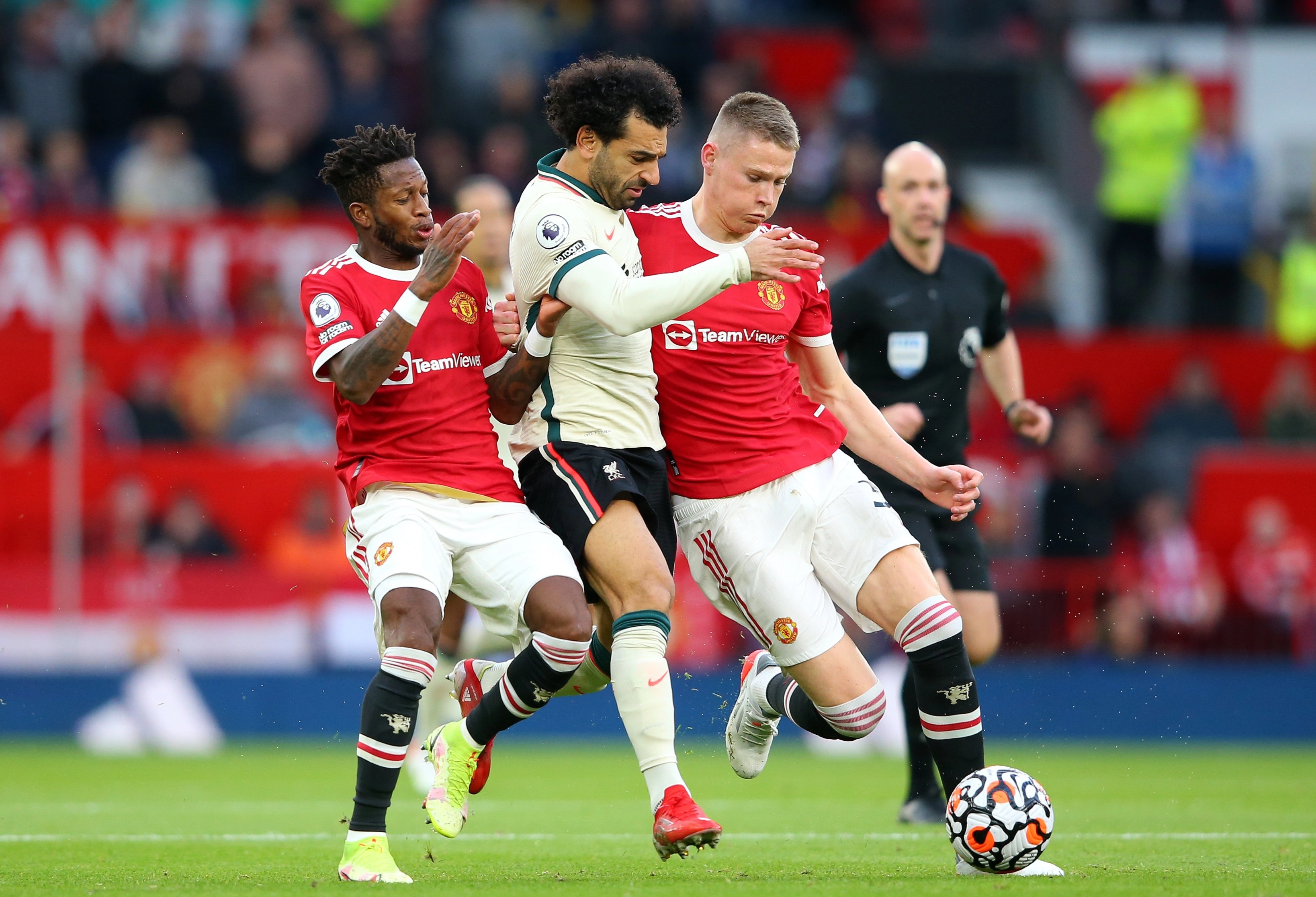 Played centrally and in behind Cristiano Ronaldo but completely marked out of the game.

It could've been a different afternoon had he scored a gilt-edged chance early on that would've given Man Utd the lead.

Along with Mason Greenwood, he looked threatening at times in the first half and gave Trent Alexander-Arnold some problems.

But far too isolated and never got the help he needed either from Luke Shaw behind or Cristiano Ronaldo in front. 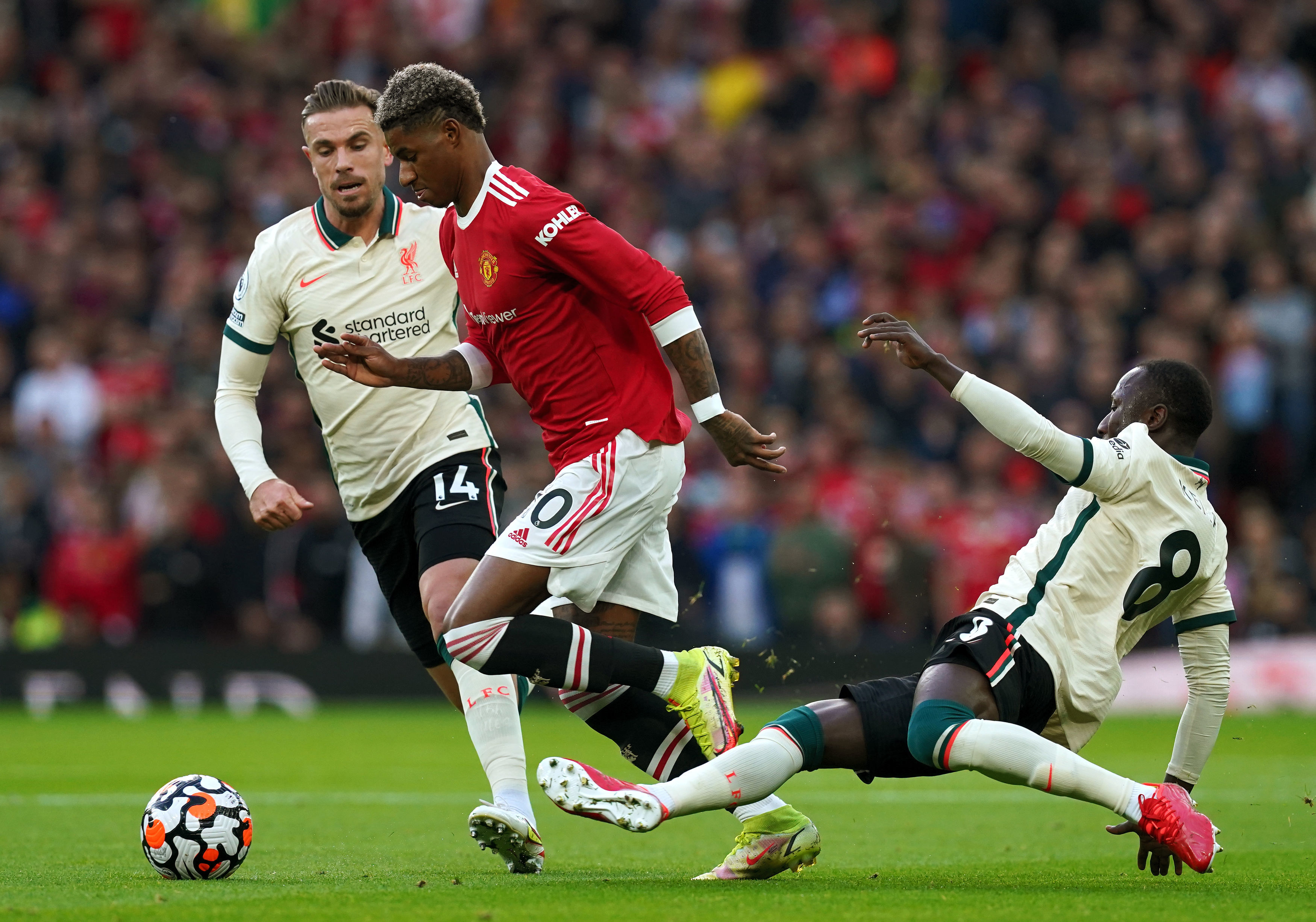 The young striker was probably Man Utd's brightest spark in the first half before being hauled off at half-time.

He gave Andrew Robertson a tough time down the right and tested the palms of Alisson with a stinging effort.

But he was the man to make way for Paul Pogba at the break, for some reason.

He was physically bulled by Liverpool's colossal defensive duo of Virgil van Dijk and Ibrahima Konate.

Thought he'd helped himself to a goal in the second half on one of the few moments he found some room only to be denied by a VAR offside. 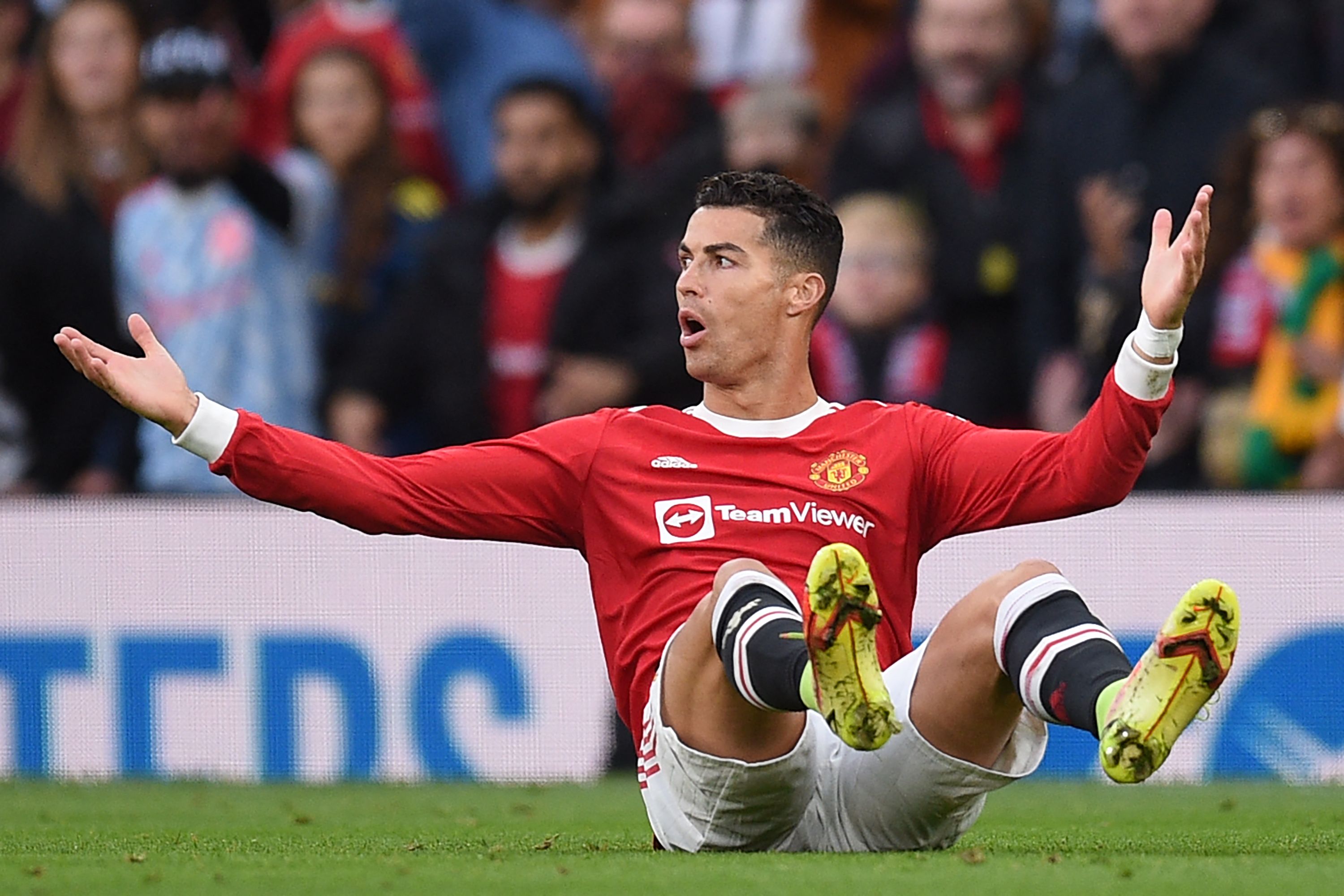 Came on for Man Utd's best attacking threat to give them some more midfield cover in the second half.

But he was rightly sent off for an awful lunge on Naby Keita on the hour mark.

Came on with the game done and dusted and spent most of his time in defensive positions as Liverpool made their man advantage count.

Came on to help Luke Shaw deal with the threat of Mo Salah but only after he'd already scored a hat-trick and Liverpool were 5-0 up.

Made sure there was no further damage.