Home » Sport » Mario Balotelli sent off just SEVEN minutes after coming on for insulting referee.. having been too ill to start game – The Sun

Mario Balotelli sent off just SEVEN minutes after coming on for insulting referee.. having been too ill to start game – The Sun CONTROVERSIAL striker Mario Balotelli was sent off just SEVEN minutes after coming on as a substitute for Brescia.

The striker saw a second yellow for insulting the referee during the 2-2 Serie A draw with Cagliari. 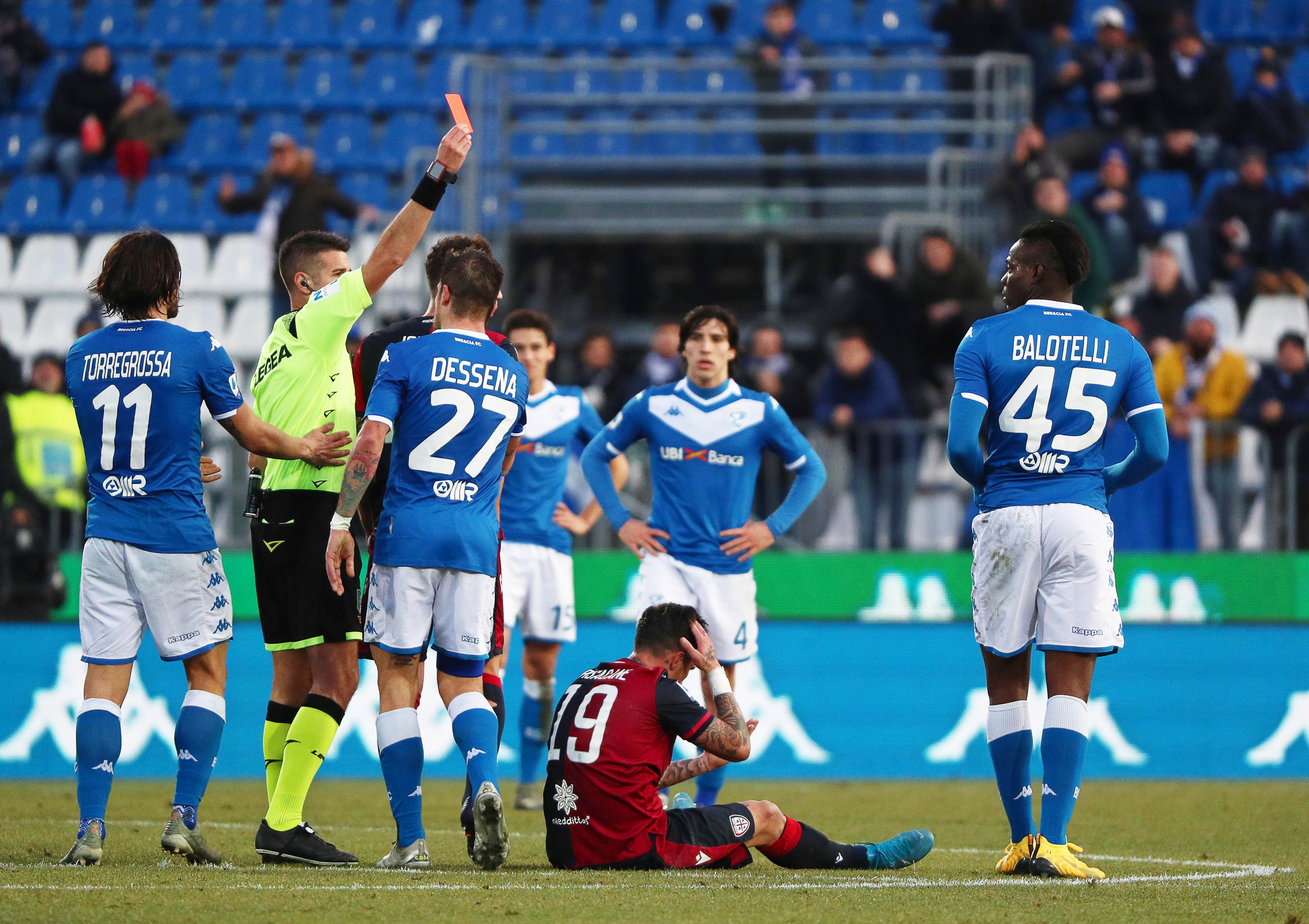 He was earlier booked once for a clumsy challenge.

The day didn't get off to the best of starts as Balotelli couldn't make the starting XI due to illness.

It then got even worse for the former Manchester City and Liverpool striker.

And he now has the dubious distinction of being sent off for six different clubs. 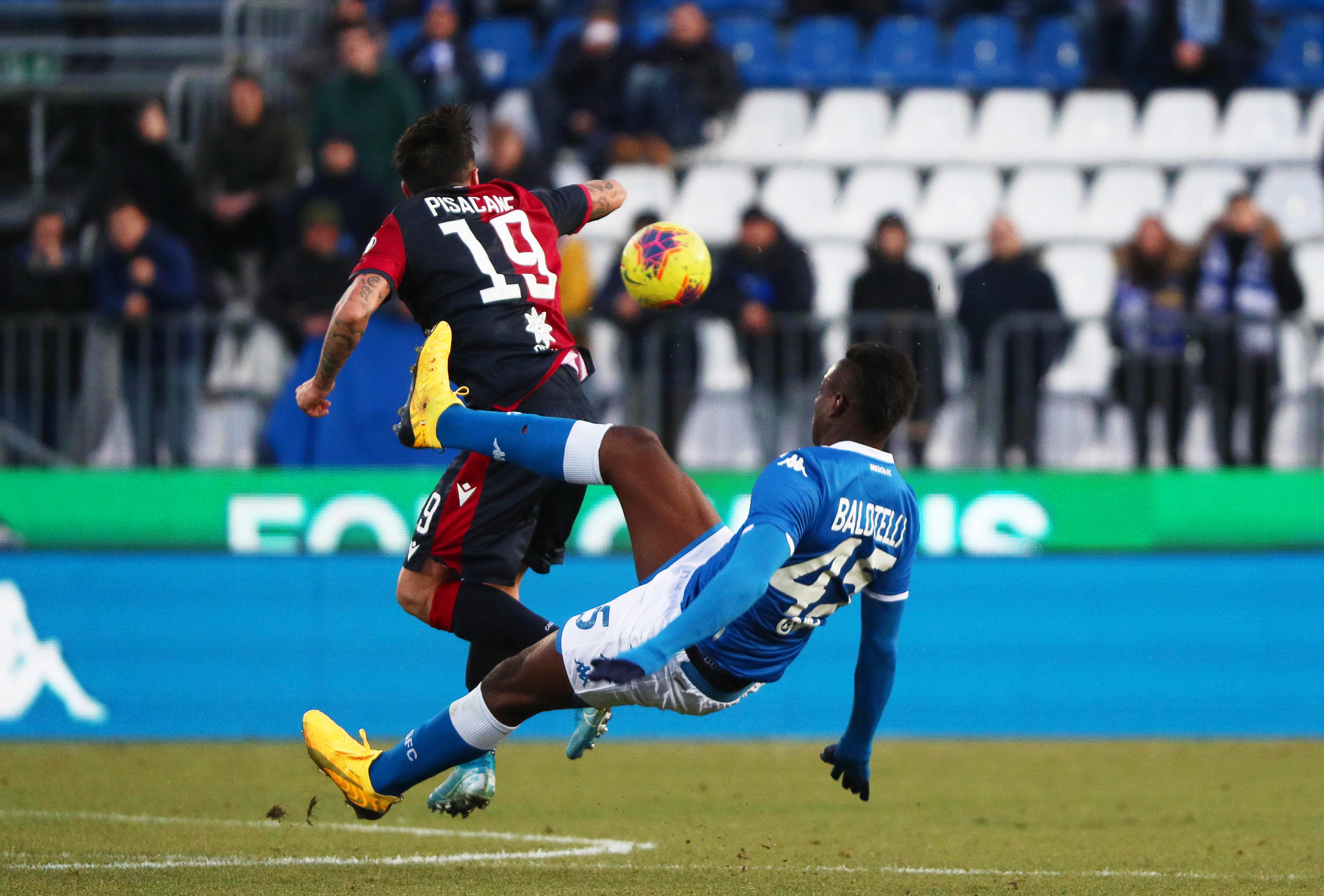 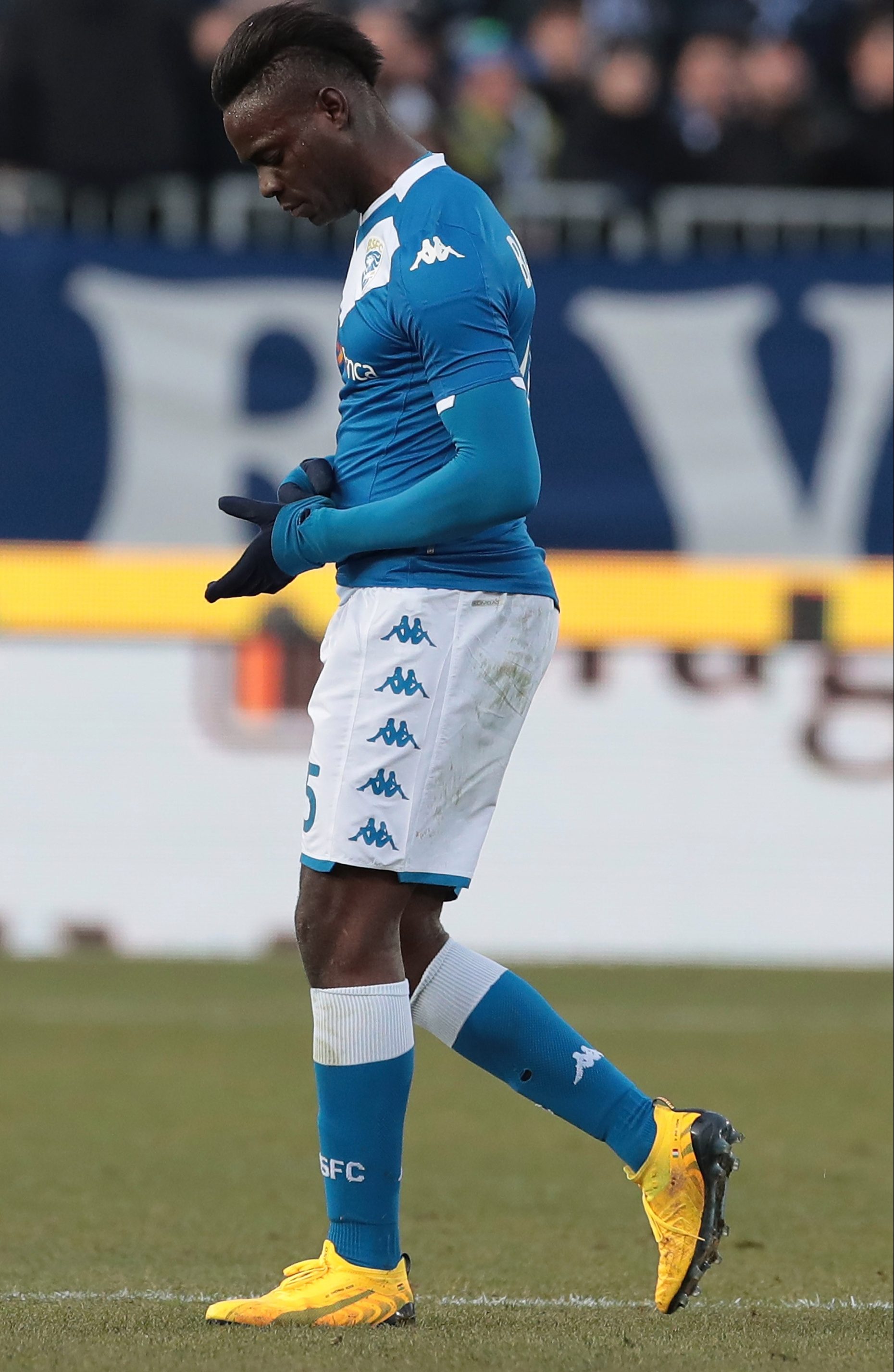 He has been sent off once each for Inter Milan, AC Milan and Olympique de Marseille and four times each for Man City and Nice.

The only club where he was not sent off was Liverpool.

He has also been sent off once for Italy, in a World Cup qualifier against the Czech Republic.

Brescia coach Eugenio Corini sympathised with the player, saying he should not have been booked in the first place.

He said: "He jumped for the ball and didn't see the defender behind him.

He posted: "It's incredible how one episode can drastically change everyone's opinion, either too negatively or too positively, about a person.

"I will continue with my day-to-day work, it's not a problem. You can judge me as you wish."

Balotelli has endured a tough season in Serie A.

He was racially abused by Hellas Verona fans that resulted in him booting the ball into the crowd and refusing to carry on.

One supporter has since been identified and banned from attending football matches for five years, while Hella Verona were handed a one-game partial closure of their ground.

His team-mates managed to convince him to play out the game.

Then in January Balotelli slammed Lazio fans for chanting racism towards him during a game.