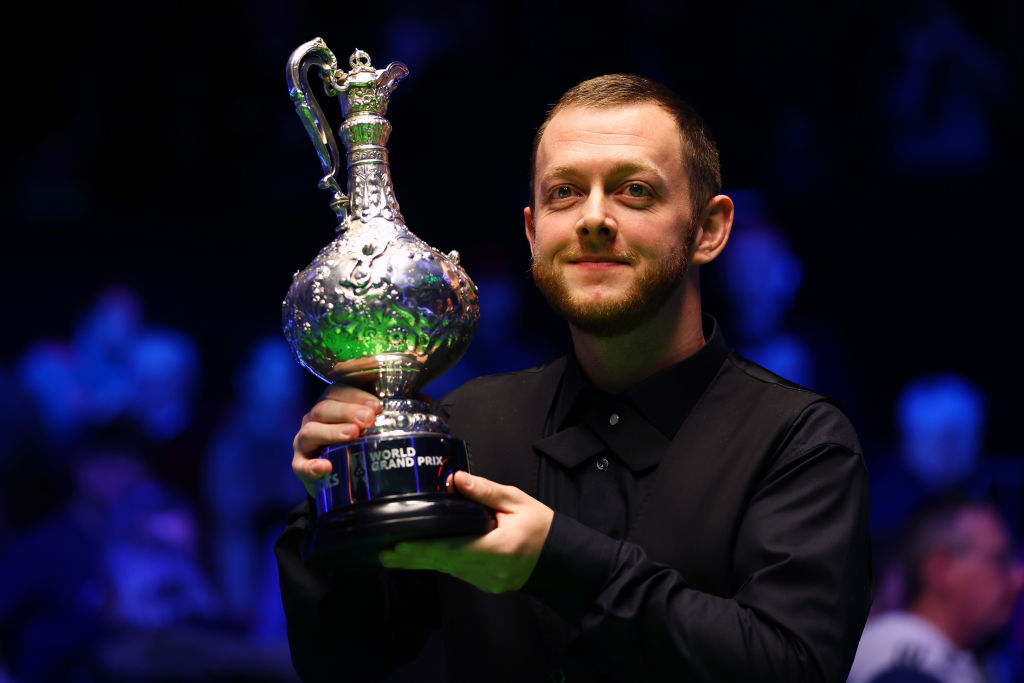 Mark Allen was surprised and disappointed to hear criticism of his style of play from Stephen Hendry as he battled to win the World Grand Prix title on Sunday.

The Northern Irishman won his third ranking title of the season at the weekend, beating Judd Trump 10-9 in a superb final, to add the Grand Prix to his Northern Ireland Open and UK Championship titles this campaign.

The Pistol was not quite in the immense form he has shown in recent months, and he knew it, so adopted a more conservative style of play at points in the tournament.

He was playing noticeably slower than his usual pace and turned down pots he would often take on, but it was a tactic that proved successful as he picked up the trophy and the £100,000 top prize.

Hendry, on punditry and commentary duty for ITV4 during the event, said Allen’s style of play had ‘not been pretty’ and was a tough watch at times, but the champion had little time for any criticism.

‘I’m very surprised at Stephen’s point of view because ultimately it’s about winning tournaments,’ Allen said. ‘It hasn’t been pretty at times this week – but I am sitting here with the trophy so it has all been worthwhile and I can take the criticism.

‘I am a bit disappointed with some of the things he [Stephen] has said about my game this week. I don’t really know what people want from me.

‘If I am not feeling good about my game, do they want me to keep going for those long ones, being stupidly aggressive, play fast and get beat? Because that is ultimately what would have happened.

‘Me slowing myself down a little bit, turning a few down is what got me into the final. It is all about winning tournaments, and giving myself the best chance of winning.

‘So it is strange criticism and disappointing from someone I look up to so much.’

Allen also made his feelings clear to Hendry on Twitter, joking that he has taken his criticism on board and will speed up when he next plays, which will be at the Shoot Out on Wednesday under a shot clock.

‘I promise I’m gonna make a conscious effort to play faster and go for my shots in my next event 😉 thanks to @SHendry775 for the words of wisdom,’ Allen tweeted.

‘For anyone that didn’t get it, I couldn’t care less what @SHendry775 or anyone else says about my speed and style of play. My next event is the shootout so I HAVE to play fast.’