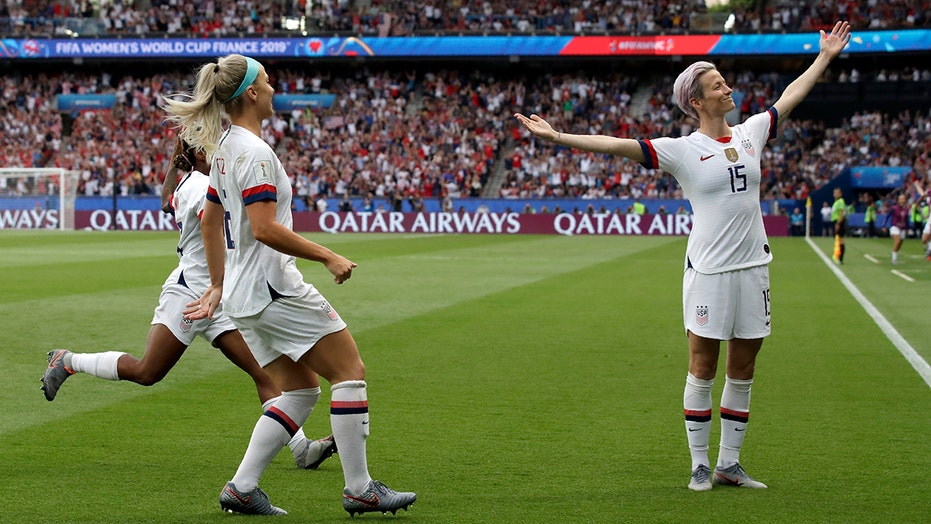 Megan Rapinoe’s two goals lifted the U.S. over France, 2-1, in a nail-biter Friday night to advance to the Women’s World Cup semifinal.

Rapinoe scored a goal in the fifth and 65th minute of the match, giving her five for the tournament and putting her in a first-place tie with teammate Alex Morgan and two others.

Rapinoe scored her first goal on a free kick just outside the box. The ball somehow managed to travel through several players’ legs and past France’s goalkeeper Sarah Bouhaddi.

The first half ended with the U.S. up, 1-0, but France was determined to get one past U.S. goalkeeper Alyssa Naeher.

Early in the second half, France seemed to have total control of the ball. France attempted several shots but only about one of them went on goal. France squandered a lot of opportunities to tie the match.

A touch from Morgan to Tobin Heath in open space gave Heath the opportunity to cutback and find Rapinoe on the other side of the field. Rapinoe had open space and put another ball past Bouhaddi.

All the U.S. had to do was hold off France for a little bit longer. But France made things difficult.

Wendie Renard made sure France was not going down without a fight. She finally got a ball past Naeher in the 81st minute to put some pressure back on the Americans down the stretch.

The U.S. held strong and kept France from scoring again, pulling out the victory.

Rapinoe’s two goals give her five for the tournament and puts her in a first-place tie with Morgan, England’s Ellen White and Australia’s Sam Kerr. Rapinoe also became the person in U.S. soccer history to score four straight World Cup goals. She scored two against Spain on Monday.

The elimination of the French squad marks the seventh time the tournament’s host nation will not have won the World Cup. The U.S. is the only team to host the tournament and win the title. They defeated China in the infamous 1999 Women’s World Cup at the Rose Bowl in Pasadena, Calif.

The U.S. win means the team will play England in the semifinal. The match will take place on Tuesday at 3 p.m. ET.