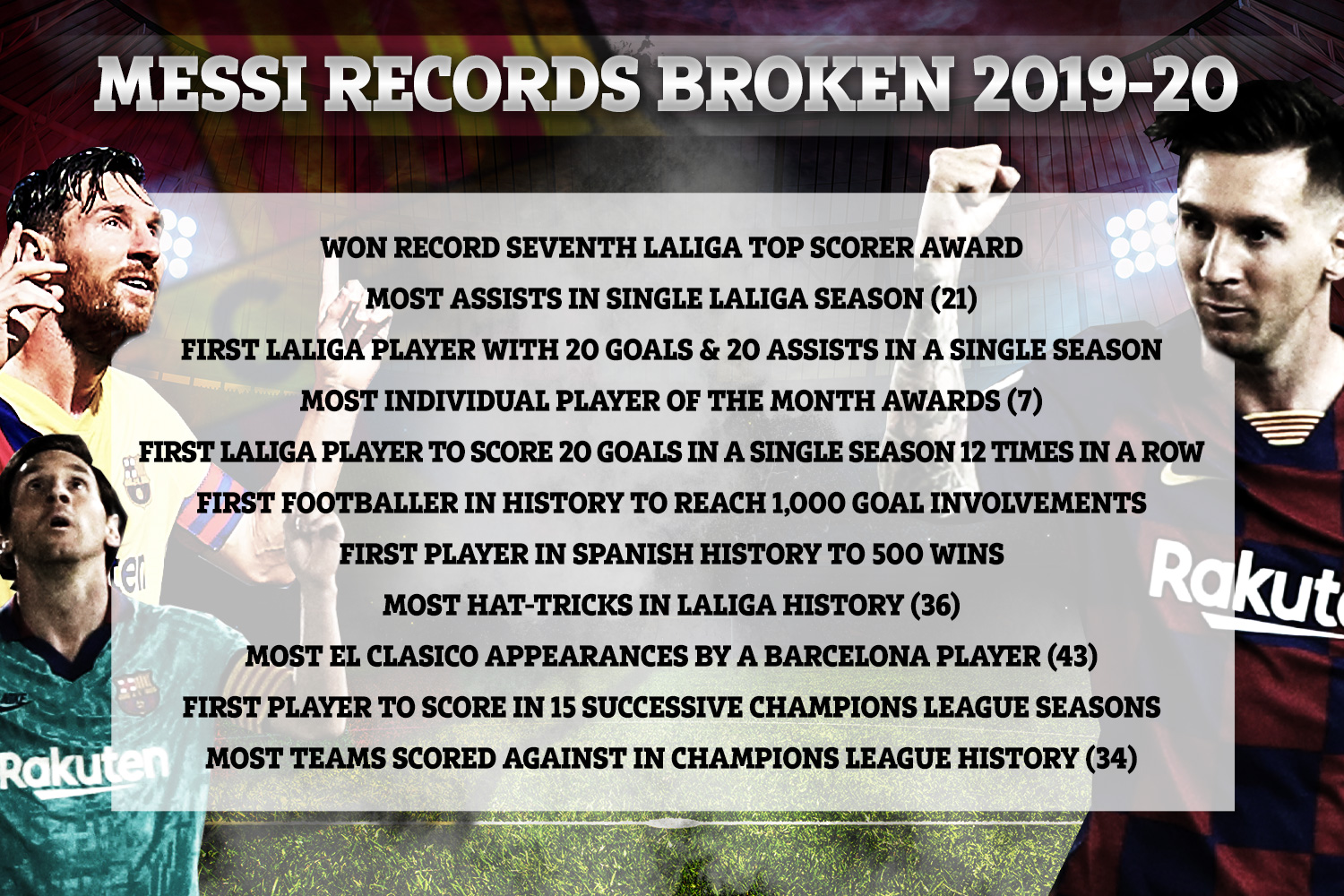 Messi has endured a rocky relationship with his club's bosses this season.

But it clearly hasn't distracted him on the pitch.

As well as his goalscoring feat, Messi has been sensational helping out his team-mates, breaking the LaLiga record for most assists in a single season, previously held by ex-team-mate Xavi, with 21.

Messi became the first player in LaLiga history to score 20 goals and lay on 20 assists in a single season.

This season, Messi took his career Player of the Month award tally to seven – the most in LaLiga history.

Messi became the founding member of the 1,000 goal involvements club in 2019-20. No other footballer in history has officially managed that feat. 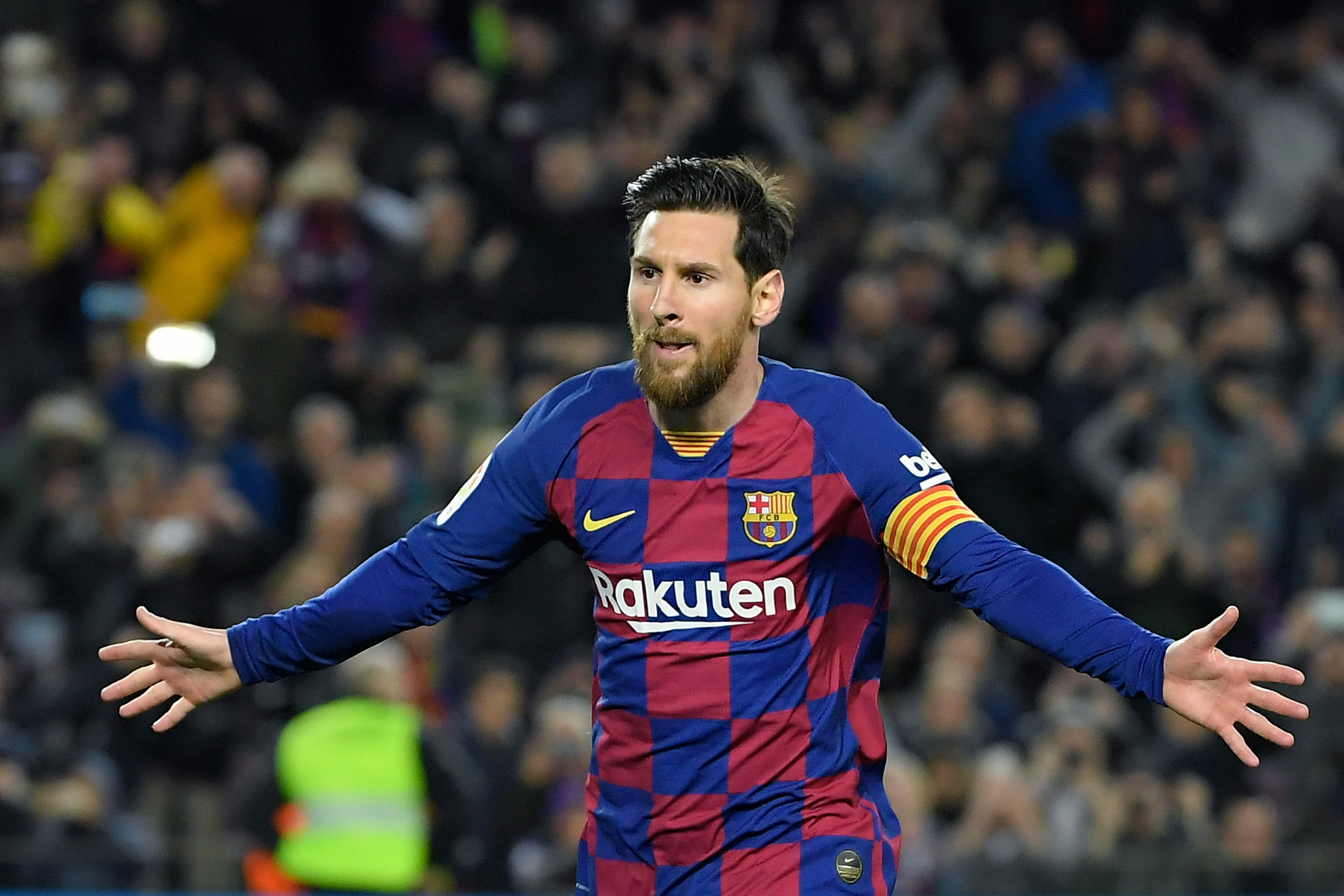 Cristiano Ronaldo was the previous LaLiga hat-tricks record holder with 34, but Messi levelled that tally this season, before promptly breaking it. He's now on 36.

No Barcelona player has featured in as many El Clasico games as Messi, with the Argentine taking on Real Madrid a record 43rd time this term.

10. NO CHAMPIONS FATIGUE I

After scoring against Slavia Prague in October, Messi became the first player to ever score in 15 successive Champions League seasons.

And Messi has now scored against more clubs in Champions League history than any other player, with 34 victims.