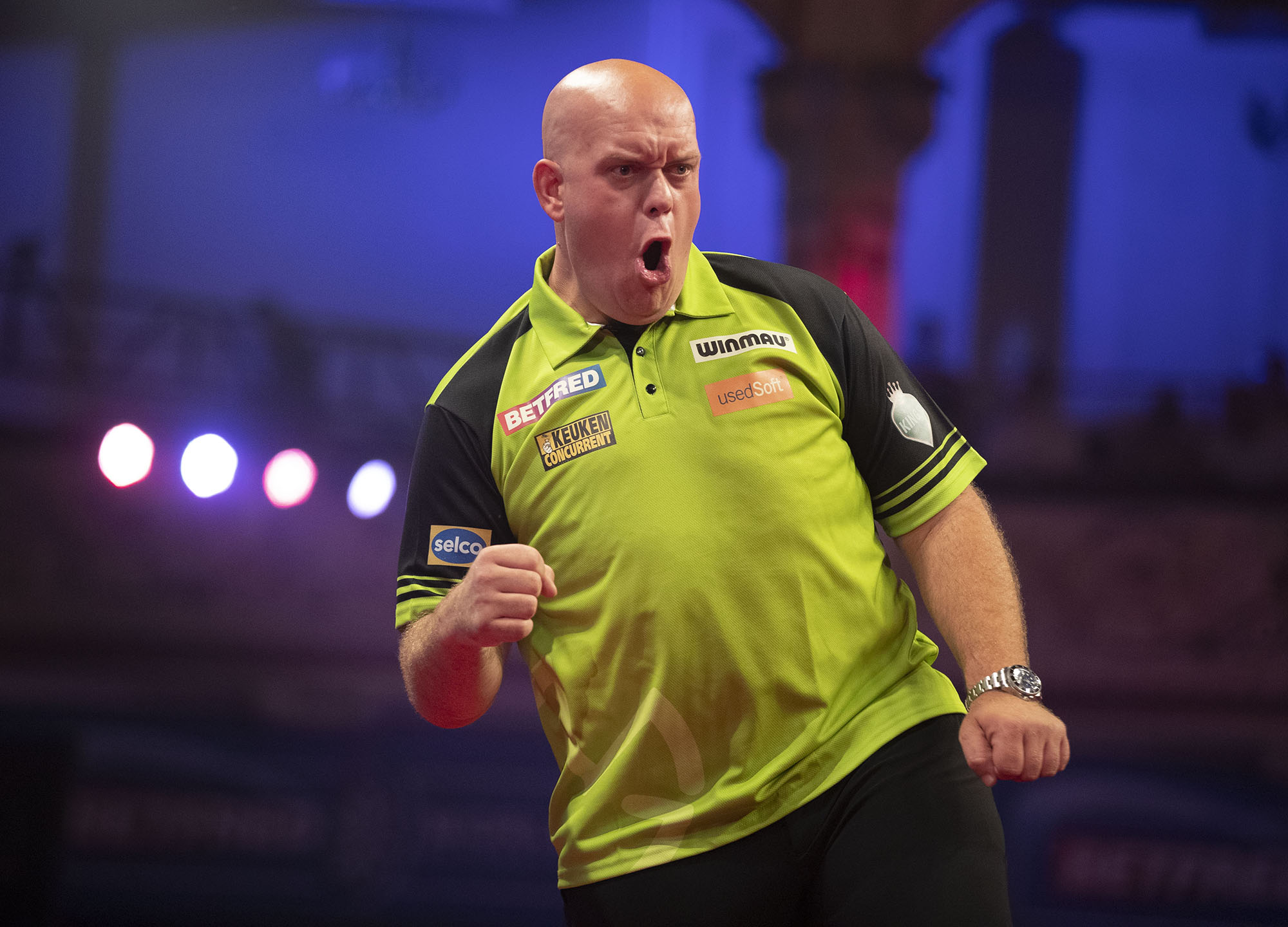 Some have suggested this is the best World Matchplay field ever seen in the Professional Darts Corporation, but Michael van Gerwen reckons those people are ‘absolutely sick’.

MVG is into the quarter-finals in Blackpool after wins over Adrian Lewis and Joe Cullen, returning impressively from surgery on his wrist after winning the Premier League.

It is certainly an open field this year, with the likes of Peter Wright, Dimitri van den Bergh, Gerwyn Price, Michael Smith and Nathan Aspinall all still in the event, but Van Gerwen is adamant it is not the greatest field in the tournament’s history.

The Dutchman points to times when two of the greatest in history – Phil Taylor and Raymond van Barneveld – were competing, and he does not think the current field matches up.

‘It’s not. People who say it’s the best Matchplay field ever, they are absolutely sick,’ Van Gerwen said after beating Joe Cullen in the last 16.

‘Arguably two, especially Phil, he is one of the best players that ever lived. Raymond van Barneveld another.

‘This is a new era, now you’ve got different guys like Aspinall, like Dimitri, you can’t compare them with each other.

‘It’s like when people ask me if I’m going to be 16-time world champion. No, of course I’m not. But people have to put them in different categories and be fair.’

The three-time world champion was not great in his first round against Lewis but much better against Cullen on Tuesday and is regaining his form after the surgery to deal with Carpal Tunnel Syndrome.

Next up for him is Aspinall who has beaten Luke Humphries and James Wade to reach the last eight, seemingly regaining form himself after a quiet year so far.

Van Gerwen labelled the Asp a ‘street dog’ and expects a scrap in a ‘cracking game’ against the former UK Open champion.

‘Nathan Aspinall’s a similar kind of player to Joe Cullen so I’m looking forward to playing him as well,’ said MVG.

‘Me and Nathan have played a hell of a lot of good games and I know what I need to do against him.

‘It’s going to be a cracking game, over a format like that you have to play well.

‘You never know with him because he’s a fighter, he never gives up, he’s like a street dog. He hangs in the game and doesn’t give up.’