IT WAS Spor Humbug for Bournemouth as their nightmare before Christmas continued at Middlesbrough with a second-straight defeat.

Scott Parker’s side, who blew the chance to overtake Fulham at the top, are now six without a win after Andraz Sporar turned Scrooge on the Cherries with the only goal of the game. 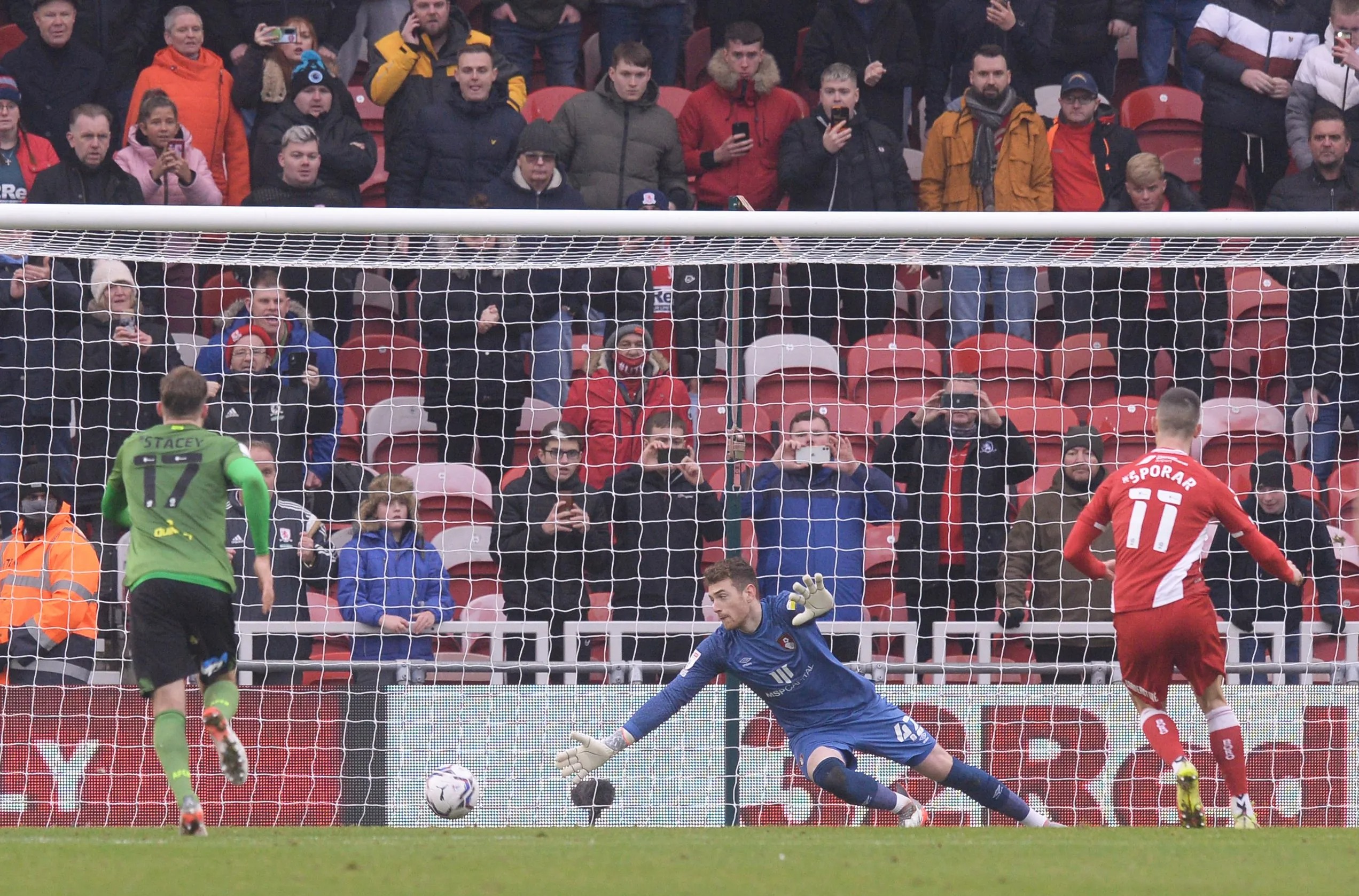 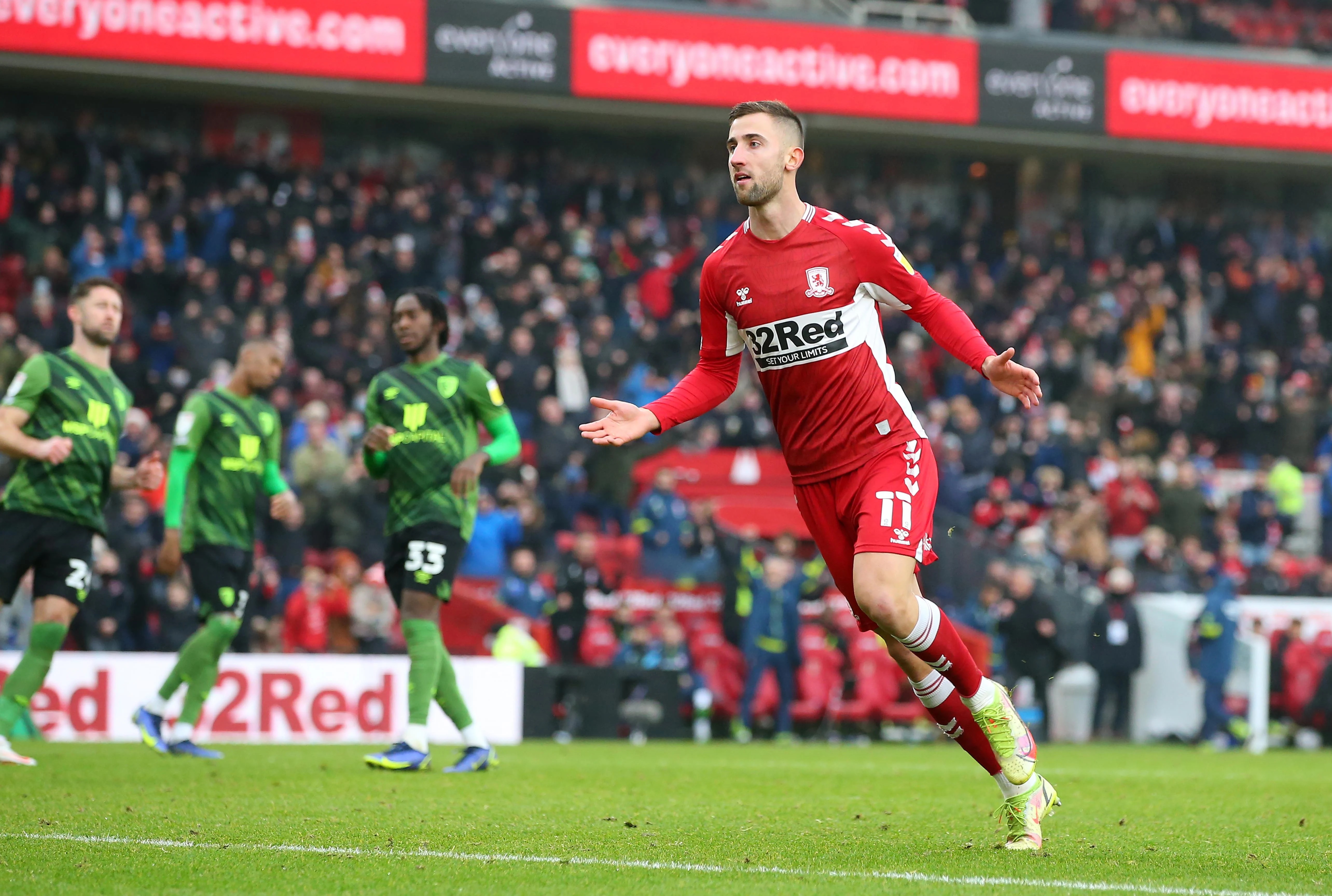 The Cherries boss said: “We didn’t look like a team that I want us to look like.

“It’s always difficult but this is part and parcel of what we do. You have to weather these moments and understand there will be a blip along the way.

“Are we the team we were six weeks ago, of course not? We look a little jaded from where we were but it’s my job to keep that belief and keep working.”

Boro’s Matt Crooks had the first opening with less than five minutes on the clock.

He met a long ball forward before a neat one-two between Isaiah Jones and Duncan Watmore down the right led to the former delivering a low cross to the front post.

Crooks had continued his run into the box and met it with a vicious strike, but Bournemouth stopper Mark Travers was strongly able to paw the ball away with his right hand.

Ryan Christie nicked possession and curled a long-ranger around the post in reply for the visitors as they began to take control and dominate possession.

But for all they had of the ball, Bournemouth struggled to create an opening, until they were almost given an early present by Boro.

Jonny Howson panicked under pressure after receiving the ball from Paddy McNair 30 yards out while facing his own goal and his rushed back-pass was latched onto by Jaidon Anthony.

The winger turned Dael Fry, a strong contender for man of the match, inside out but dragged his effort wide of the far post.

Dominic Solanke then missed the target from Christie’s cross at the back post from close range.

But just as the pressure was beginning to mount they then almost fell behind as Anfernee Dijksteel’s drive from the edge of the area was deflected – but the wrong-footed Travers managed to readjust just in time to deny him.

Then, with the last kick of the half, Christie blew the best chance to break the deadlock after nicking in front of Neil Taylor at the back to reach Philip Billing’s cross only to blaze it wide.

Boro came out flying after the restart as Travers denied Sporar only for the Slovenian to get his big chance from the penalty spot seconds later.

Jones raced past Anthony into the box before he was sent tumbling, with the on-loan Sporting Lisbon man keeping his cool to rifle home.

Sub Junior Stanislas forced Joe Lumley into a save low down as Bournemouth tried to get back into it only for Travers to produce a superb stop to deny Sporar a second up the other end as we reached the last fifteen.

Brilliant defending from Jack Stacey denied Jones as Boro broke on the counter two-on-one before Lumley’s leg denied Billing a tap in late on from Stanislas.

But Marcus Tavernier blew the last big moment of the game by blasting over when open from six yards – but fortunately for Boro it was not costly.

Boro manager Chris Wilder, whose team are up to eighth after a third win in four, said: “We had to be good and a strong performance against a talented side.

“It was a really entertaining game between two sides going for a win.

“We just need to be a little more clinical on the counter but I don’t want anything like that to take away from what’s been a really good performance.

“And it had to be a great performance to beat Bournemouth.”