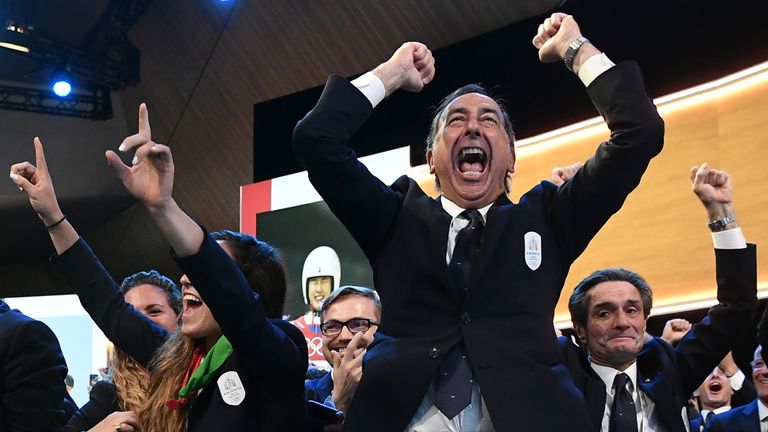 Milan and Cortina d’Ampezzo have been selected as the hosts of the 2026 Winter Olympics.

The joint Italian bid beat Swedish rivals Stockholm-Are in a vote by the International Olympic Committee in Lausanne.

IOC president Thomas Bach opened the envelope on stage which confirmed the Winter Games will return to Italy for a third time, after Cortina d’Ampezzo in 1956 and Turin 2006.

The recent IOC Evaluation Commission report had appeared to give Milan-Cortina the edge, with concerns expressed over the funding for new venues in the Swedish bid – including the Stockholm Olympic Village and the speed skating oval, as well as legacy use.

Skating sports and ice hockey are among the sports scheduled to be held in Milan, with San Siro football stadium set to host the Winter Olympics opening ceremony.

Cortina d’Ampezzo will play host to the majority of the alpine skiing events, following on from the 2021 FIS Alpine World Ski Championships. 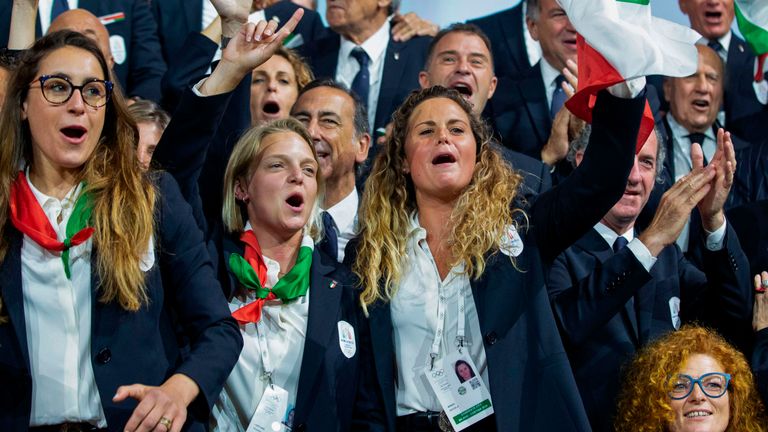 The Stockholm-Are bid was based around the Swedish capital and its largest ski resort. It also included Latvian city Sigulda.

Sweden has never hosted a Winter Games before, with the wait continuing following Monday’s IOC announcement.

The results of the voting showed Milan-Cortina had received 47 out of the 82 votes cast.

“We can look forward to an outstanding and sustainable Olympic Winter Games in a traditional winter sports country.

“The passion and knowledge of Italian fans, together with experienced venue operators, will create the perfect atmosphere for the best athletes in the world.

“The Olympic Winter Games Milan-Cortina 2026 will feature iconic venues and beautiful settings, combining the attractions of a modern European metropolis with a classic Alpine environment.”