KAYCEE BLAKE admits she still struggles with anxiety – but nothing calms her down more than a punch in the face.

The 28-year-old MMA fighter is in Bahrain this week looking to go one better than the IMMAF World Silver medal she won in 2017. 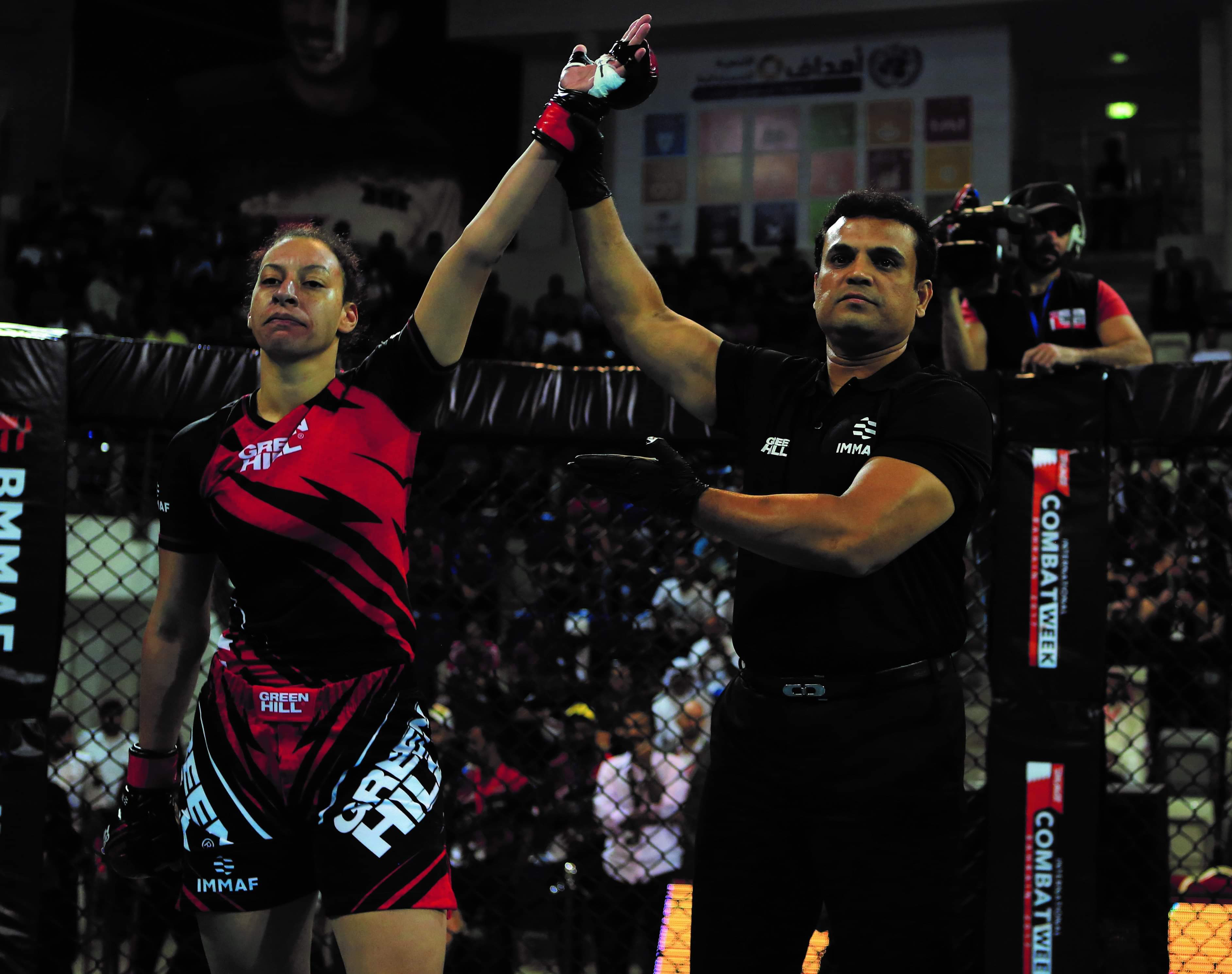 Since then her life has changed dramatically after the birth of her daughter last year, but ahead of her return to the cage, she insists that being a mum has made her more driven than ever before.

The star, originally from Hounslow but moved to Pembrokeshire when aged 14, told Sun Sport: “I’ve had anxiety for a few years now and PTSD as well – so I do struggle and I’m on meds. But if I did not have my MMA training then I don’t know what my life would be to be honest.

“It keeps me on the straight and narrow and that’s like my medication as well.

“I can’t explain it – but being hit in the face is really calming. I don’t have time to think or feel anything, it’s just zoning in.

“In 2017, that was my debut in MMA at the Worlds, but once I stepped into that cage the feeling was amazing. It was complete calm – I didn’t feel any pressure or anything. It felt like I was supposed to be there.”

And on motherhood, she added: “That’s massive for me. I just want her to speak her mind, be strong and be loving. And it does not matter what she does, I’ll always support her in that.

“It just shows her that you don’t always have to have your hair done or your nails nice, you can do anything and be anyone you want.

“In a way motherhood has changed me. All I think about now is how I can make her life better.

“But at the same time it has made me much more driven, with her being a girl in this day and age, and I want to prove to her that being a girl doesn’t mean you have to be girly.” 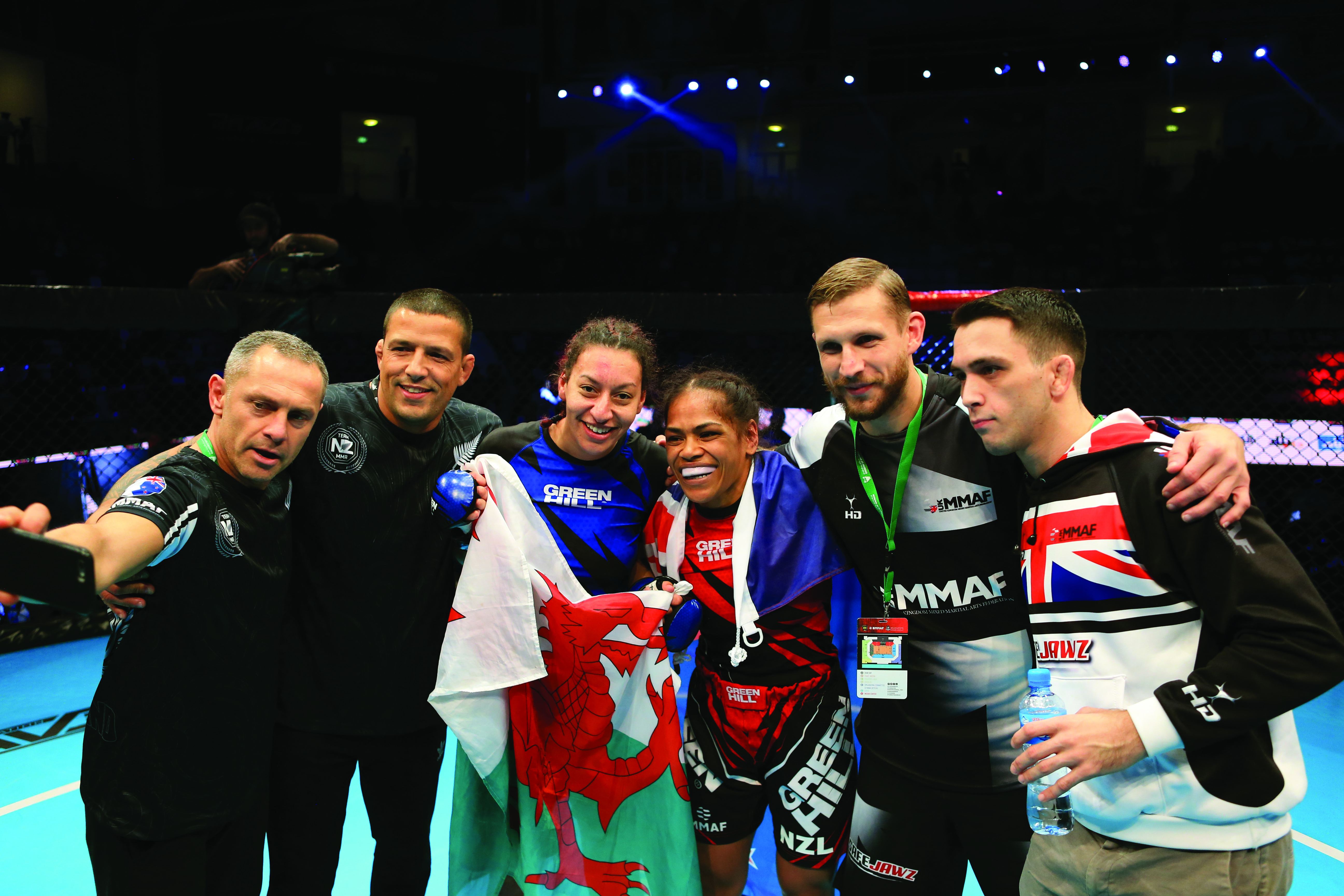 Aside from training and being a mum, Blake also works as a Learning Support Assistant for an Emotional and Behaviour Unit.

And she believes her skills in the cage have enabled her to excel in that role.

They think it’s really cool and the kids are really interested and love it. If anything ever kicks off they are always saying ‘Kaycee can deal with it’ – they think it’s hilarious.

Blake said: “The kids are really interested and love it. If anything ever kicks off they are always saying ‘Kaycee can deal with it’ – they think it’s hilarious.

“But it’s nice because it shows they are more relaxed around me and don’t see me as an LSA as such – they view more like one of them.

“As a parent, working there has opened my eyes of how I want to be as a parent. The kids are pretty good, but if they do have problems they open up to me.

“And I’m really honest and open up to them. I have mental health problems myself and that helps in a way.”

Blake has not fought once since her silver success two years ago.

And although gold is her obvious aim, she just cannot wait to get back in the cage after a hectic few weeks of preparation.

“Of course, that is the aim of everybody. But I’m thinking at the same time, after that two-year gap out, I just want to throw myself back in the deep end,” she added.

“Then I can see where I am, and if I want to go for the Euros or the Worlds again next year.

“I’ve had no fights at all since 2017 so I am literally chucking myself right back in the deep end.

“It’s been quite intense and it’s been a struggle with mum life, work life and training. I’ve been getting up at 6am to sort the baby out to go to my mum’s while I go to work.

“Then when I’ve finished I’ve been to collect the baby, get some dinner for her then it’s off to the gym at 7pm and back home about half nine. That’s been my typical day for weeks.”

Taking place at the Khalifa Sports City Arena, the 2019 IMMAF | WMMAA World & Junior World Championships is set to showcase 452 athletes from 51 nations across the two tournaments, in 16 weight divisions (male and female).

The matches will play out across up to four cages at a time to an estimated daily run time of about seven hours. 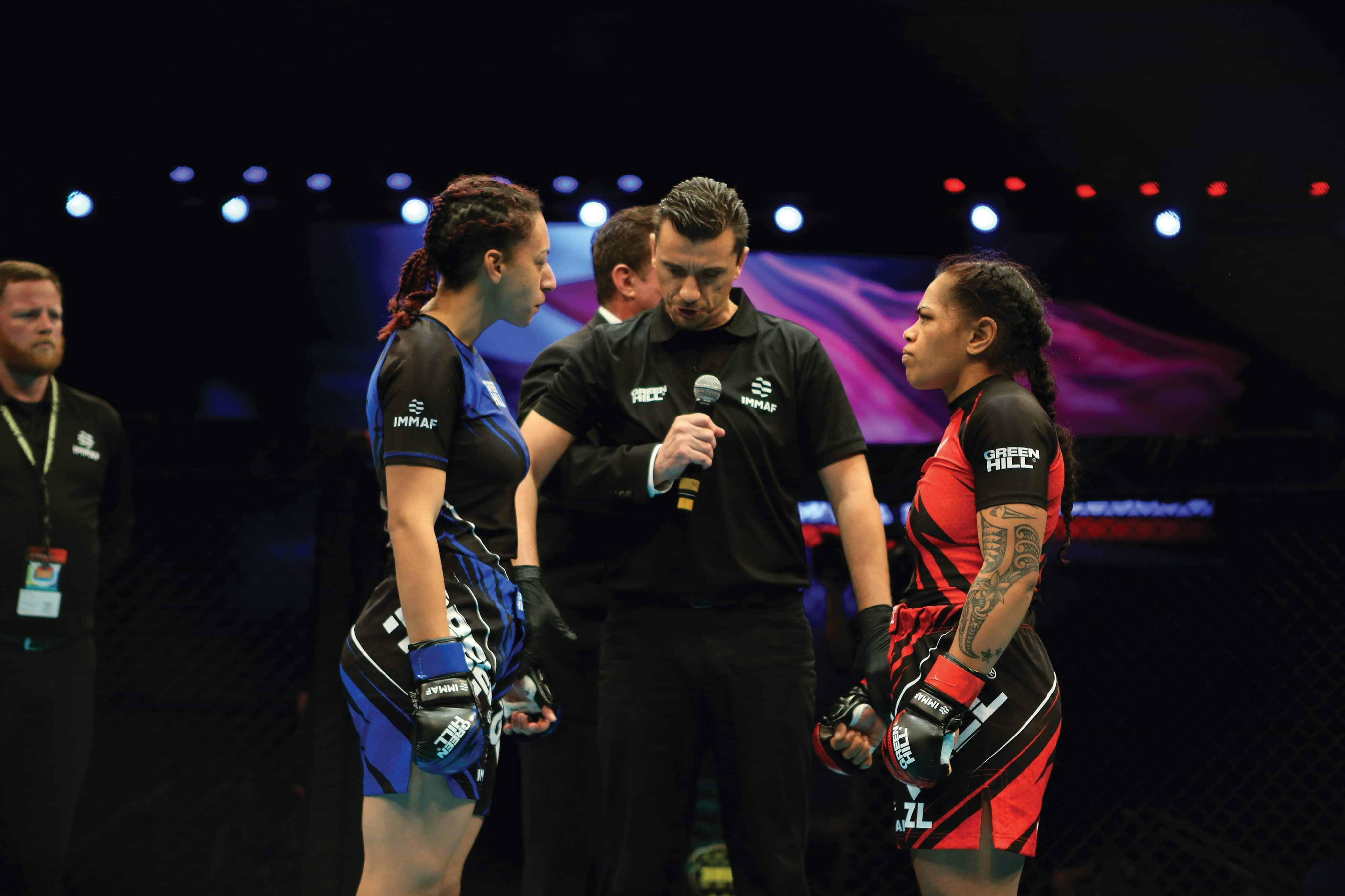