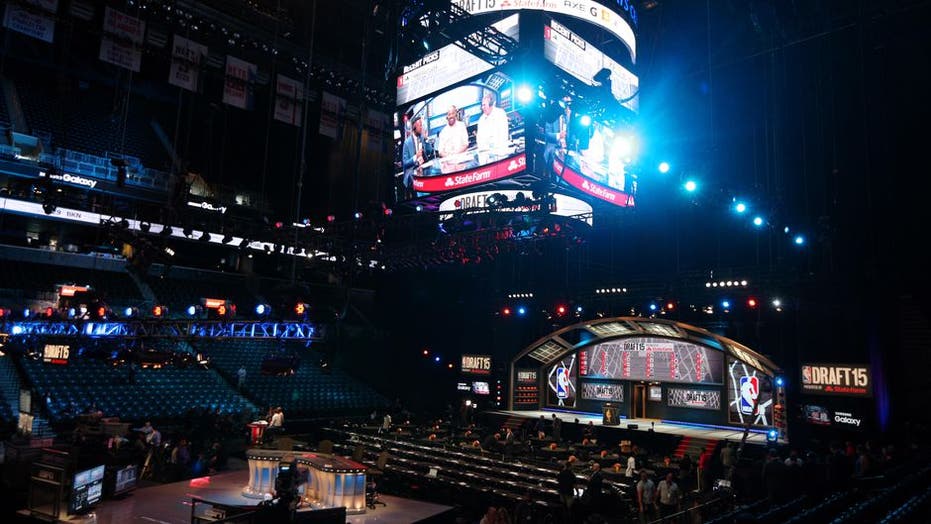 The NBA Draft on Thursday night features some of the most highly touted prospects in years.

The New Orleans Pelicans have the No. 1 pick and reportedly acquired the No. 4 pick, too, in a blockbuster deal with the Los Angeles Lakers. The Pelicans are expected to take Zion Williamson with the top selection. After that? It's anybody's guess.

Williamson, far and away, leads the talented draft class, which also features his Duke Blue Devils teammates R.J. Barrett and Cam Reddish. All three players helped Duke get to the Elite Eight of the 2019 NCAA Tournament.

When Does The Draft Begin? 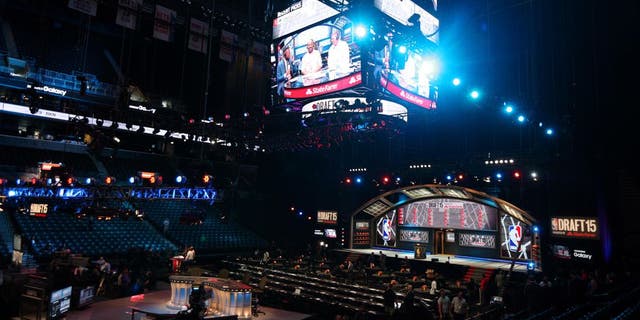 The 2019 NBA Draft will take place at the Barclays Center in Brooklyn, N.Y.
(AP)

The NBA Draft takes place Thursday, June 20 at 7 p.m. It will be held at the Barclays Center in Brooklyn, N.Y., the home of the Brooklyn Nets, and will be aired on ESPN.

The NBA Draft features two rounds. There will be 60 total selections.

Who Are Some Of The Top Prospects?

The 2019 NBA Draft is littered with talented players ready to take the league by storm. Here's a brief rundown of some of this year's top picks. 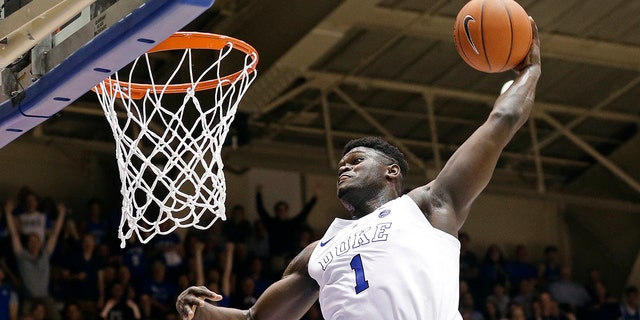 The Blue Devils freshman is widely expected to be the No. 1 overall pick in the NBA draft on Thursday, June 20. (AP Photo/Gerry Broome, File)

Duke's Zion Williamson is the consensus No. 1 pick. It is very likely he's going to be headed to play for the New Orleans Pelicans. Williamson delighted fans during his time with the Blue Devils with sensational dunks and clutch performances during the NCAA Tournament. There's no doubt the Pelicans are getting a generational talent with the top pick. 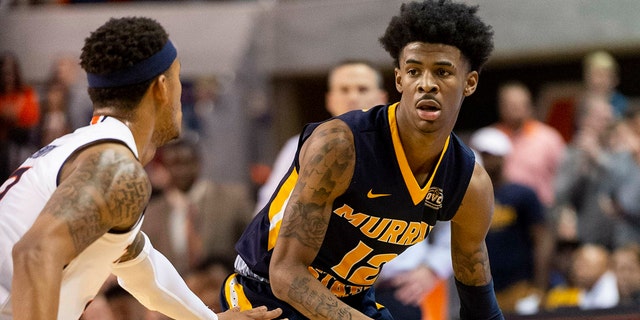 Murray State's Ja Morant was relatively unknown until he made his presence known during the NCAA Tournament. He shot up many draft boards in the process and many experts believe he could land with the Memphis Grizzlies with the second pick of the draft. In two seasons with the Racers, Morant averaged 18.7 points per game was the 2018-19 Ohio Valley Conference Player of the Year. 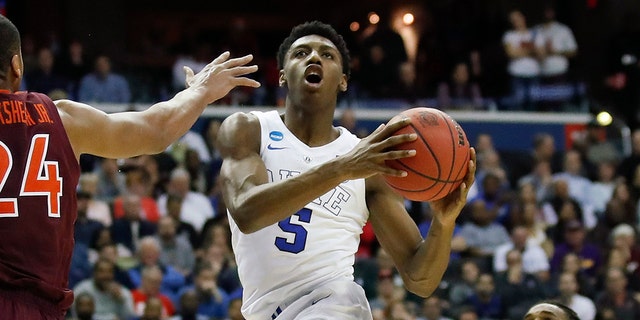 It's unclear where Duke's other talented prospect, R.J. Barrett, could land. The New York Knicks could possibly draft him with the No. 3 pick, but he could also fall to the No. 4 pick with the Pelicans. Barrett was the top Duke prospect coming into the 2018-19 season but his play was overshadowed by the high-flying Williamson. He averaged 22.6 points during his lone season with the Blue Devils. 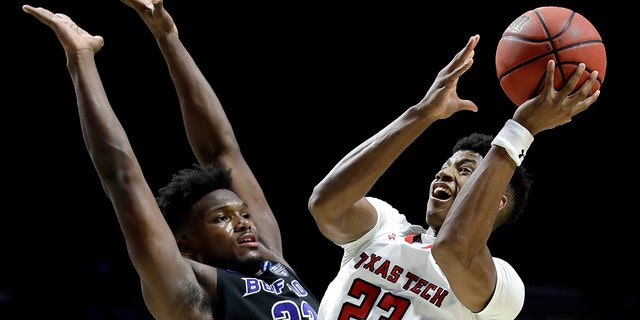 With the No. 5 and 26 picks in the NBA Draft, the Cleveland Cavaliers could be in position to select Texas Tech’s Jarrett Culver, Virginia forward De’Andre Hunter or Duke’s Cam Reddish. (AP Photo/Charlie Riedel, File)

Texas Tech's Jarrett Culver played two seasons with the Red Raiders and decided to declare for the NBA Draft after helping the team make a deep run in the NCAA Tournament. Culver could be a top 5 pick in the draft come Thursday. He averaged 18.5 points in his sophomore year and was the Big 12 Conference Player of the Year. 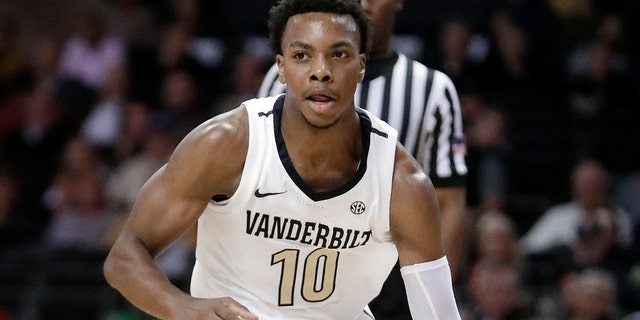 Ja Morant, Darius Garland and Coby White make up a clear top tier of point guards in next week’s NBA draft, though one has barely played in the past year. (AP Photo/Mark Humphrey, File)

Darius Garland wasn't a household name in college basketball until the NBA Draft started to inch closer. Garland is expected to be a lottery pick. The Vanderbilt product played one season with the Commodores and averaged 16.2 points. 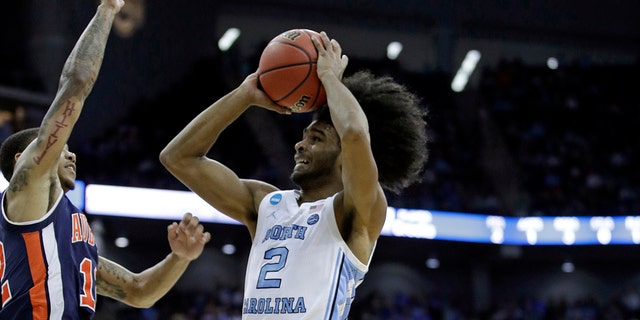 Ja Morant, Darius Garland and Coby White make up a clear top tier of point guards in next week’s NBA draft, though one has barely played in the past year. (AP Photo/Charlie Riedel, File)

North Carolina's Coby White shined as a point guard for the Tar Heels during his lone season there. White could end up being the franchise point guard some teams are looking for. He was named to the All-ACC team after posting 16.2 points and 4.1 assists per game. 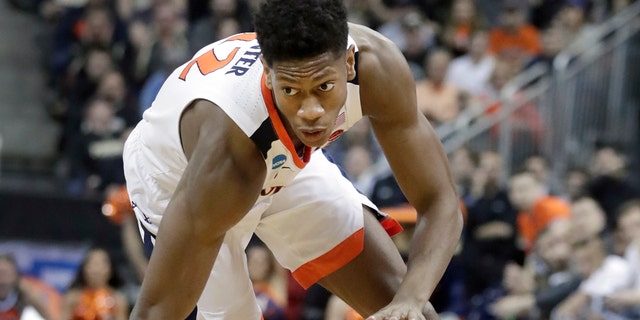 Hunter is a high prospect in the NBA Draft on Thursday, June 20. (AP Photo/Michael Conroy, File)

Virginia's De'Andre Hunter was among the top players for the NCAA Championship-winning Cavaliers during the 2018-19 season. Hunter is projected to be a top 10 pick during the draft. He was the ACC Defensive Player of the Year and averaged 15.2 points to go along with 5.1 rebounds. 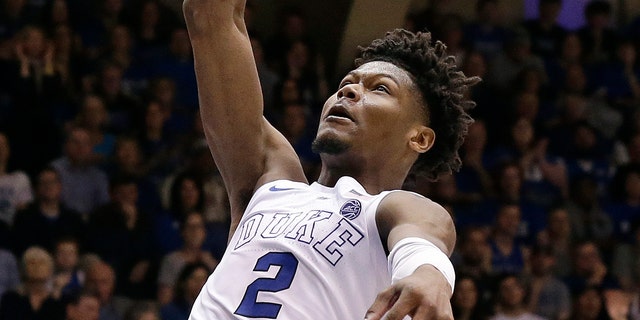 With the No. 5 and 26 picks in the NBA Draft, the Cleveland Cavaliers could be in position to select Texas Tech’s Jarrett Culver, Virginia forward De’Andre Hunter or Duke’s Cam Reddish. (AP Photo/Gerry Broome, File)

The other, other top Duke prospect Cam Reddish. He's projected to go a few picks after Williamson and Barrett get drafted and it appears unlikely he could end up on the same team as either of them. Reddish averaged 13.5 points in his lone season with the Blue Devils. 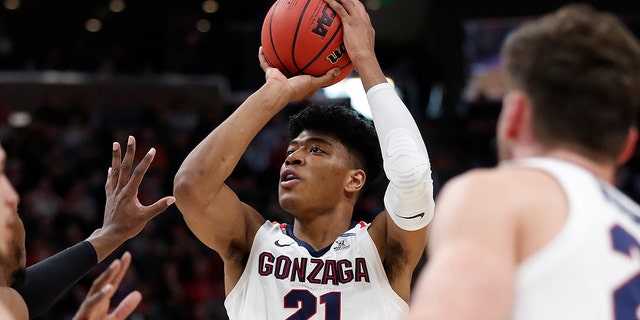 Hachimura is one of the top forwards in the NBA Draft on Thursday, June 20. (AP Photo/Jeff Swinger, File)

Gonzaga's Rui Hachimura is likely to make history once Adam Silver calls his name in Brooklyn, as Hachimura will be the first Japanese-born player to be selected in the NBA Draft. He's coming off a season in which he helped the Bulldogs to a 33-4 record and was named an All-American. He averaged 19.7 points in his junior season. 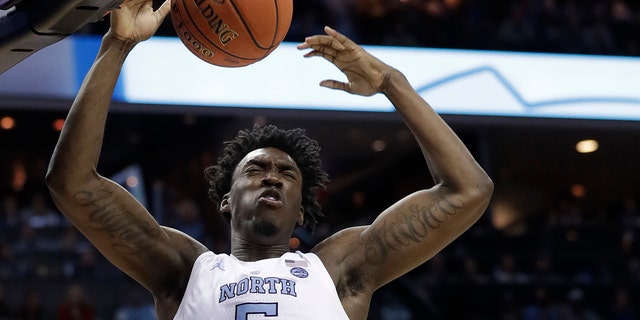 Little is one of the top forwards in the NBA Draft on Thursday, June 20. (AP Photo/Chuck Burton, File)

Nassir Little is expected to be a lottery pick. He didn't start a single game for the North Carolina Tar Heels, however, he averaged 9.8 points coming off the bench and shot 47.8 percent from the field.

There will be 60 selections in the 2019 NBA Draft. Here is the draft order for the first and second rounds. 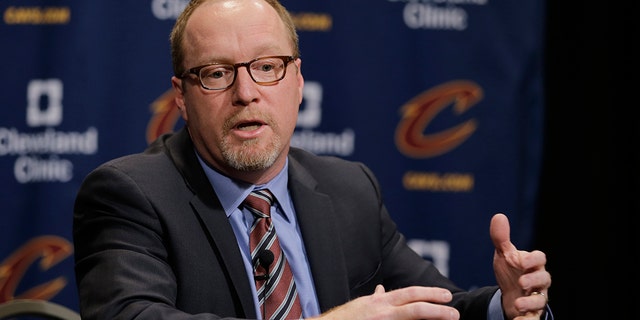 The Pelicans have the first overall pick in the June 20 NBA draft and likely could acquire more high picks by dealing Davis by then.. (AP Photo/Tony Dejak, File)

20). CELTICS (from CLIPPERS via GRIZZLIES) 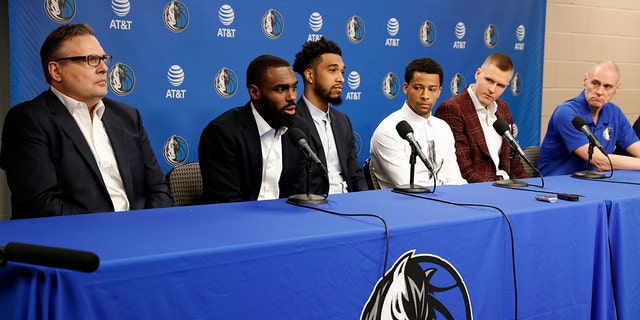 The roots of Donnie Nelson’s discovery of Dirk Nowitzki came from the sister country of one of the two young Euro stars the Mavericks hope will help lead them into a new age of prosperity now that the big German has retired after a record 21 seasons with the same franchise. The Dallas personnel boss became one of the pioneers of European scouting by helping make Lithuania relevant on the world stage. (AP Photo/Tony Gutierrez, File)

40). KINGS (from TIMBERWOLVES via TRAIL BLAZERS and CAVALIERS)

41). HAWKS (from LAKERS via CAVALIERS and PACERS)

43). TIMBERWOLVES (from HEAT via HORNETS)

46). MAGIC (from NETS via GRIZZLIES and HORNETS)

56). CLIPPERS (from TRAIL BLAZERS via PISTONS and MAGIC)

57). PELICANS (from NUGGETS via BUCKS)