A BASKETBALL fan was fined £390,000 and banned for a year for shoving a rival player… after it emerged he part OWNS the opposing team.

Raptors ace Kyle Lowry clattered into court side supporters after chasing the ball over the sideline in Oakland, California. 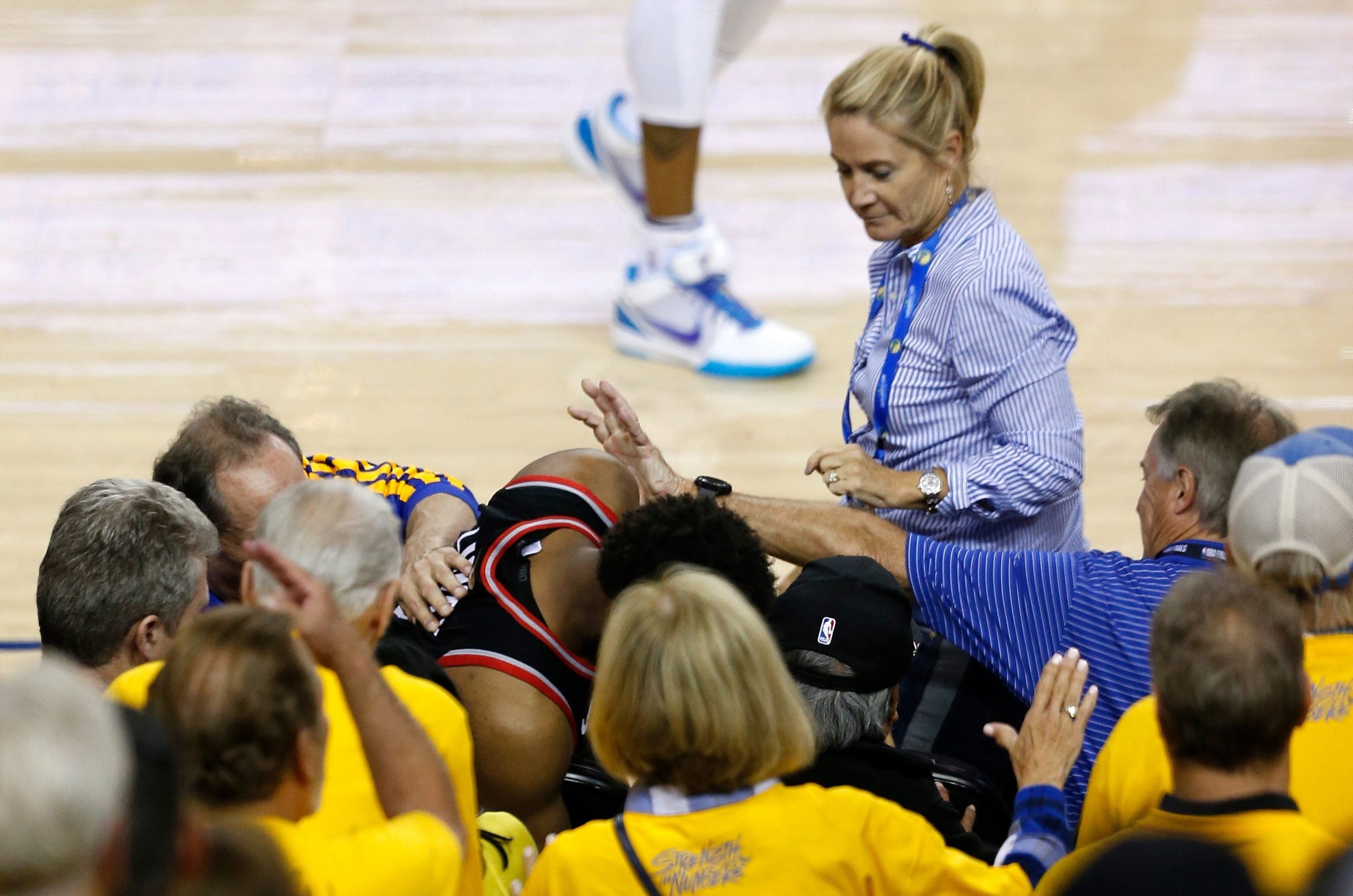 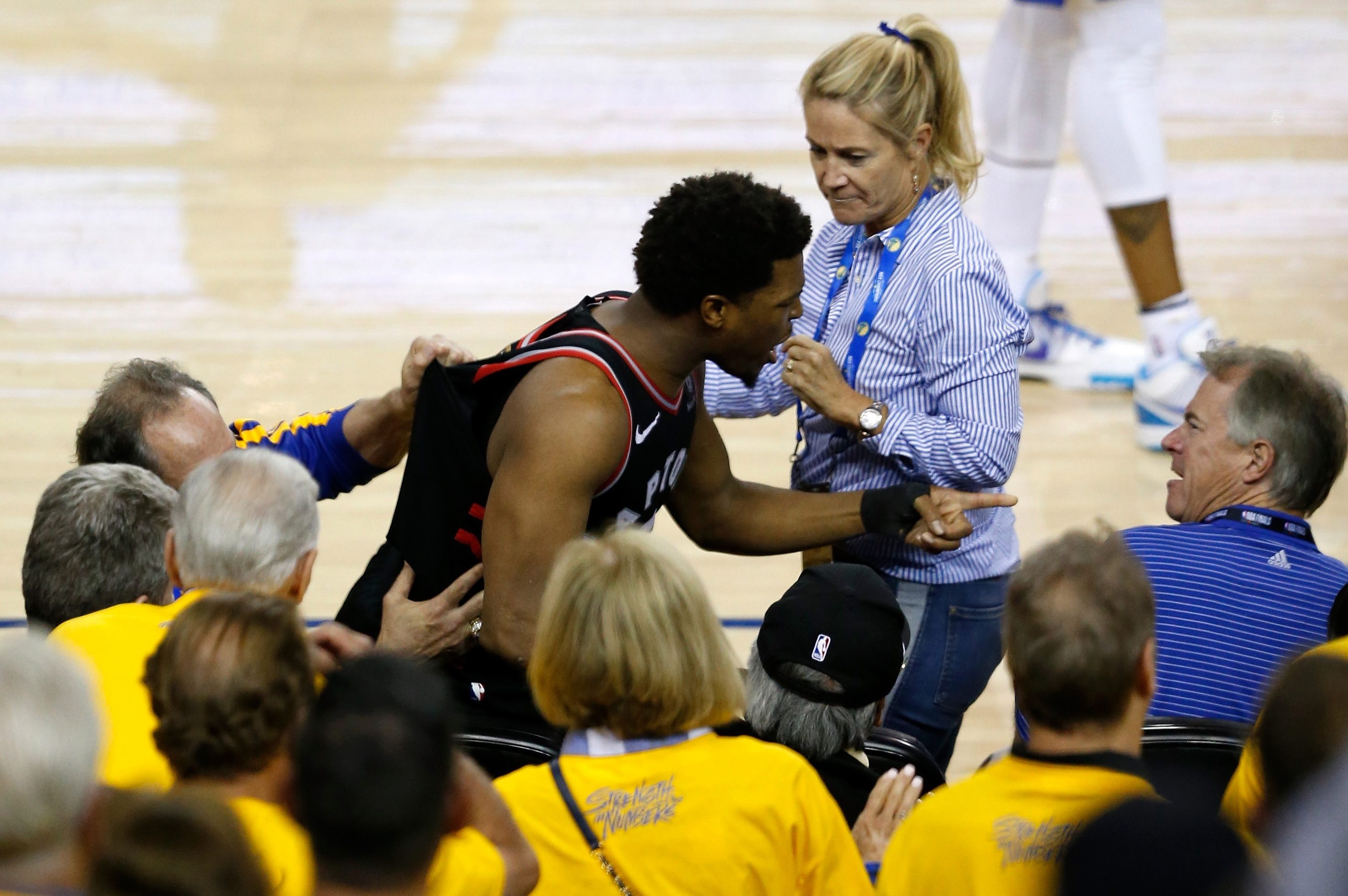 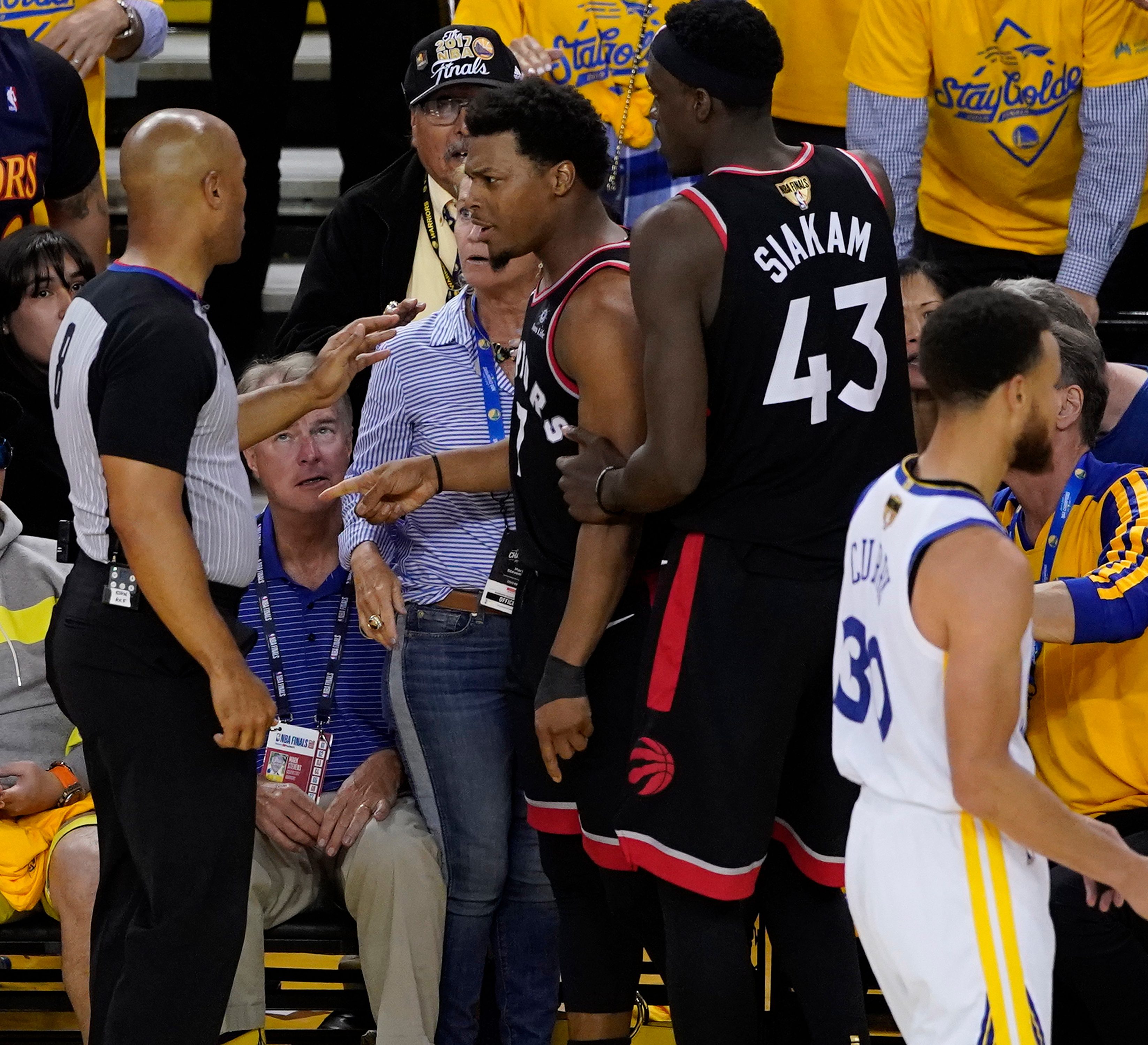 The grey-haired man in a polo shirt then shoved him and allegedly swore at the 33-year-old Toronto star during the biggest game of the season.

Lowry then squared up to the man and waved his finger while giving the supporter a piece of his own medicine.

Afterwards it emerged the Golden State 'fan' is actually venture capitalist Mark Stevens, who owns a stake in the team.

The club were forced to apologise for their part-owner's behaviour towards an opposing player.

The Warriors said: "Mr. Stevens’ behaviour last night did not reflect the high standards that we hope to exemplify as an organisation.

"We’re extremely disappointed in his actions and, along with Mr. Stevens, offer our sincere apology to Kyle Lowry and the Toronto Raptors organisation for this unfortunate misconduct.

"There is no place for such interaction between fans—or anyone—and players at an NBA game.

"Mr. Stevens will not be in attendance at any of the remaining games of the 2019 NBA Finals."

Touching players is a huge no-no in basketball, despite the fact that Lowry absolutely flew into the crowd.

But court-side spectators know they will be so close to the action that they have a high risk of colliding with players.

An NBA statement said: " team representative must be held to the highest possible standard and the conduct of Golden State Warriors investor Mark Stevens last night was beyond unacceptable and has no place in our league.

"As the review of this matter continues, Mr. Stevens will not be permitted to attend NBA games."

The Raptors won 123-109 on the night in game three of the NBA finals, giving them a 2-1 lead going into game four.

Toronto super fan Drake has attracted negative attention for his court-side antics in their conference game against the Milwaukee Bucks.

One supporter described him as "the most annoying fan in the NBA."

It turns out he may have some competition. 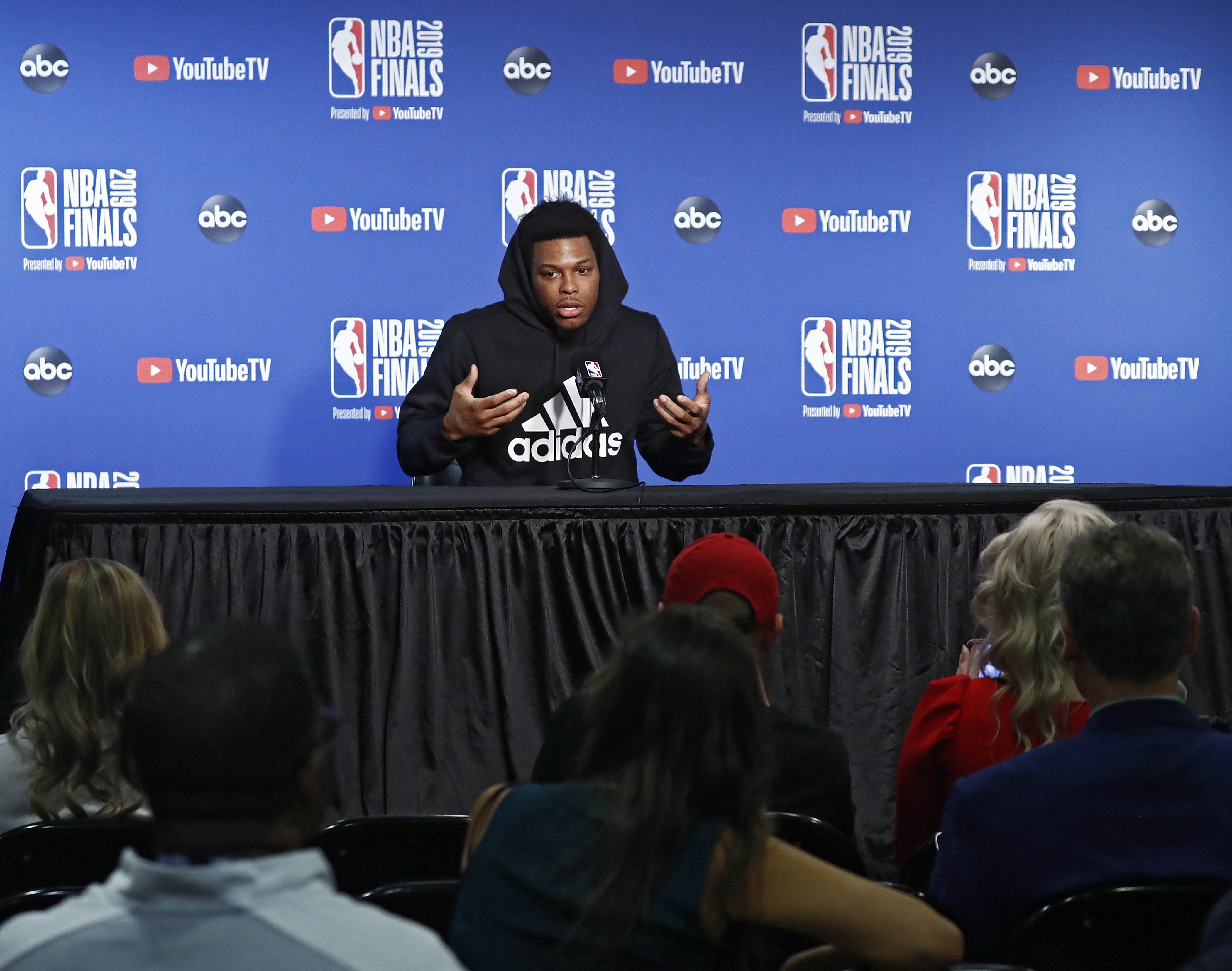 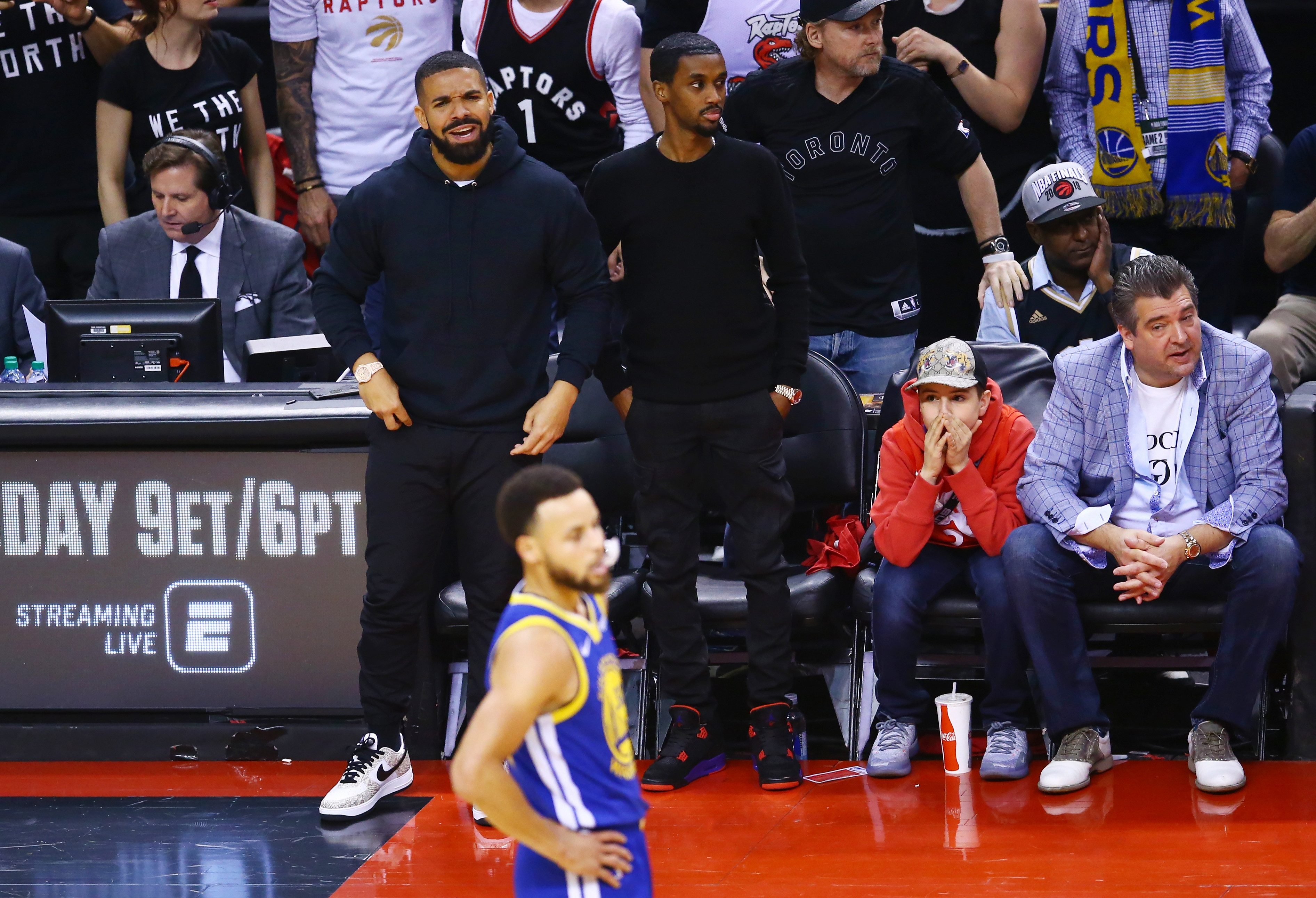