‘Young girls playing all over the world that are seeing that behaviour, it’s not right’: Phil Neville slams Cameroon histrionics during Women’s World Cup last-16 clash and insists he has no sympathy as VAR takes centre stage

The match was marred by unsavoury scenes after a back-pass decision gave England a free-kick that Steph Houghton converted.

The game was then delayed when Ellen White scored England’s second goal late in the first half, with the decision checked by VAR for offside and Cameroon’s players gathering in a huddle and refusing to restart the match. 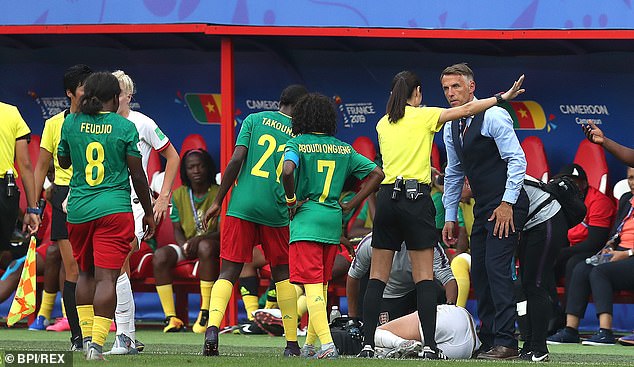 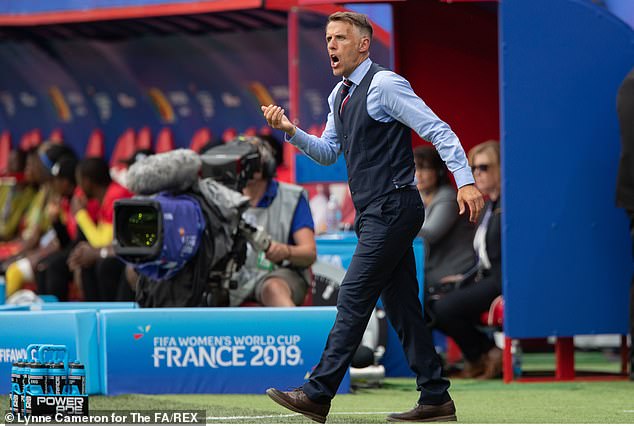 There were further disruptions in the second half when Ajara Nchout had a goal disallowed for offside, causing several players to again delay the kick-off, with VAR later denying England a penalty and deeming Alexandra Takounda’s foul on Houghton worthy only of a yellow card.

Neville was uncompromising in his criticism of Cameroon’s actions, claiming they had portrayed the competition in a bad light and set a poor example to those watching.

Neville told the BBC: ‘Images are going out worldwide about how to act. Young girls playing all over the world that are seeing that behaviour, it’s not right. I can’t stand here and say “it’s fantastic, it’s brilliant, we’re into the quarter final”.

‘There’s a bigger picture here. There’s a certain standard of behaviour you’ve got to do. My players did that, and I’m proud.’ 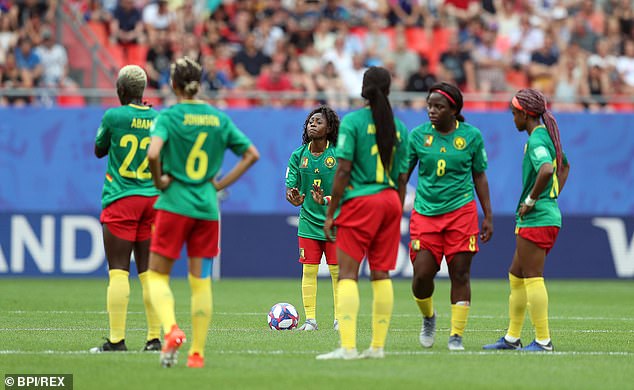 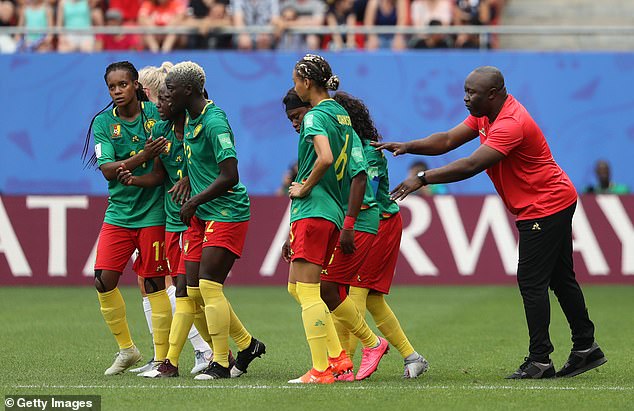 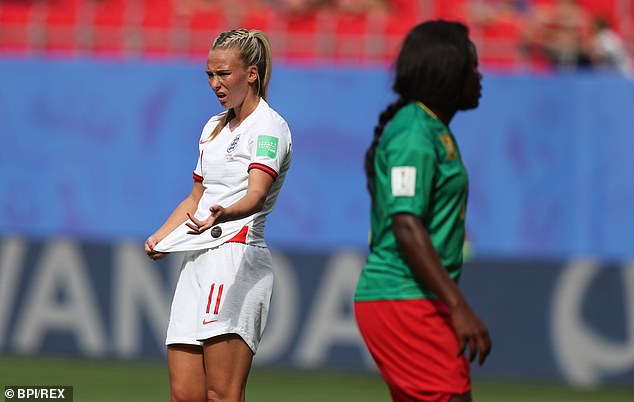 There was also an alleged spitting incident in the first-half involving England winger Toni Duggan and Cameroon’s Augustine Ejangue.

Neville had plenty of praise for his side, but insisted that players must hold themselves to high standards of behaviour in front of a global audience.

He said: ‘It didn’t feel like football, I’ve got to be honest. I know we get these briefs about coming on TV and just saying “it was a good win”. It was a good win, we played okay, we passed the ball well, we were ruthless in attack. we’re ready to play in a quarter final.

‘But I’ve got to say that wasn’t football. That wasn’t a world cup last 16 in terms of the behaviour that i want to see from footballers.

‘This is going out worldwide. I can’t stand here and say i enjoyed it, my players didn’t enjoy it.

‘At half time they were confused about the actions, about what they should do. They kept their concentration fantastic, they did their job.’ 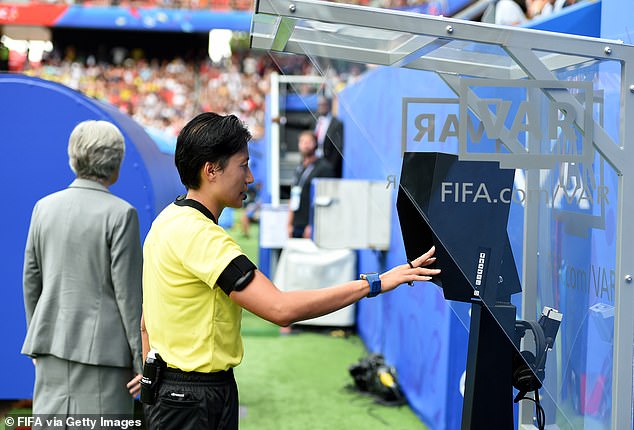 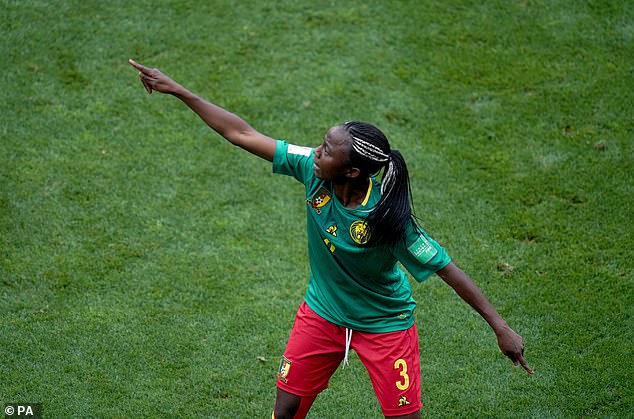 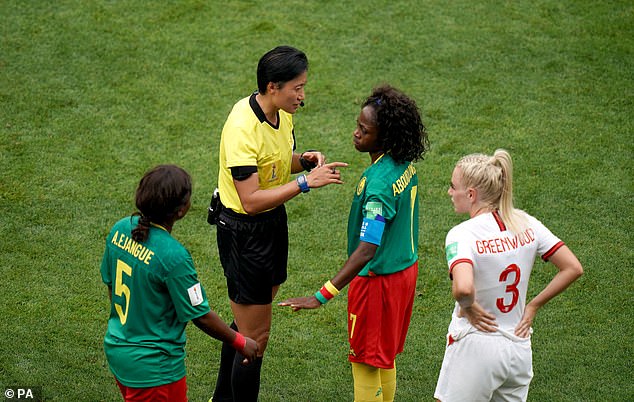 Asked whether he had any sympathy for Cameroon’s behaviour Neville said: ‘None. None. The rules are rules. First goal, second goal was it? I lost count.

‘Ellen White was onside. Deal with it. We know the rules. We’ve been spoken to 350,000 times by referees in the last 3 weeks.

‘The behaviour was wrong, because it’s the image of women’s football that’s going out worldwide about a team that comes to the side and they’ve started refusing to play.

‘I’m proud of my players about the discipline and the belief they had in just going out there and playing the game of football.’