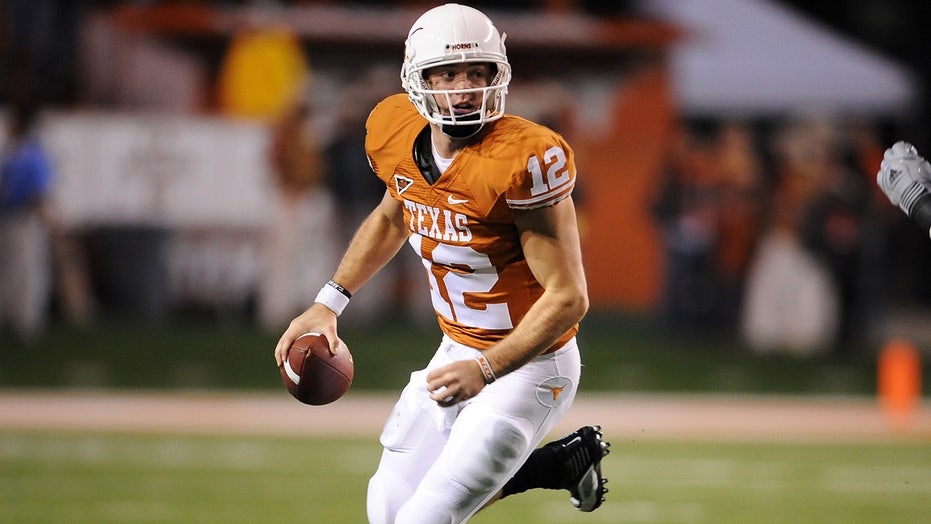 Veteran NFL quarterback Colt McCoy was reportedly a part of an alumni-charged effort to persuade the University of Texas to keep its spirit song “Eyes of Texas” amid pushback over alleged racist ties.

McCoy, along with former NFL player Jordan Shipley and several other powerful alumni, was a part of emails discussing the backlash against the song in June, the Texas Tribune reported, citing emails the publication obtained. McCoy was reportedly on a conference call with energy entrepreneur Bud Brigham and other alums to talk about the song and come up with other ideas to remedy the situation.

Scott Ingraham, another Texas alumnus, told those on the email chain the group should contact school president Jay Hartzell and athletic director Chris Del Conte and steer them away from making an immediate decision, according to the Texas Tribune. Ingraham also suggested that the school create a task force to review the song.

“A diverse group to illuminate the history and also the value of the song for ALL the stakeholders would be a healthy and beneficial process, as opposed to what is happening now with demands, or else,” Brigham reportedly wrote to Hartzell on June 29.

According to the newspaper, Brigham also wrote that the former Longhorns quarterback might suggest a task force to Del Conte.

The committee was formed and a determination was made, but University of Texas at Austin spokesman J.B. Bird told the newspaper that the committee wasn’t formed due to alumni suggestions.

McCoy did not comment on the story and the extent of his influence was not clear. He recently signed a one-year deal with the Arizona Cardinals. Hartzell declined to comment.

On Monday, the Texas NAACP, along with Black Texas elected officials, some civil rights leaders, and Texas students and alumni held a press conference to announce their fight for the school to stop using the song, according to KXAN.com.

Critics of the song have said the “Eyes of Texas” has Confederacy ties. A 58-page report on the song was released by the university in March. A 24-person panel that convened to determine the meaning behind the song’s roots, lyrics and history found that it was rooted in a message of accountability and striving toward excellence.

The title of the song was reportedly taken from a favored saying of a former school president who had mimicked remarks by Confederate Gen. Robert E. Lee and was performed by musicians in blackface at minstrel shows. However, the panel could not find a direct link to the line “the eyes of Texas are upon you” and Lee.

While alumni expressed issues with players not standing and participating in the playing of the song, Hartzell said in March that no student-athlete would be mandated to do so.

“Nobody has been, or will be, required to sing the song,” Hartzell said. “That’s going to be going forward the way we continue to operate. We hope that as people go through the report, read through the facts, they’ll find ways to participate in some way. Whether it’s the case of the athletes standíng on the field, or the fans in the stands as we sing, there’s going to be no punishment, no mandate, no requirement if people choose not to participate.”