Home » Sport » NFL WEEK 16: Our official predictions for who wins this weekend

NFL WEEK 16: Our official predictions for who wins this weekend 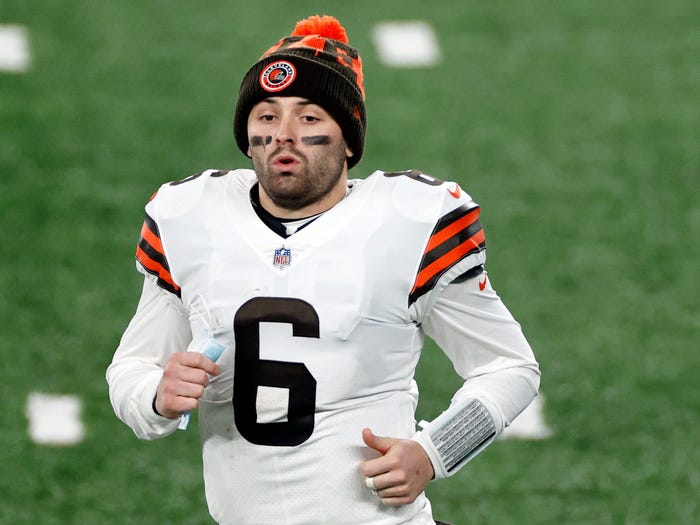 There are just two weeks left of the NFL regular season, and teams are scrambling to secure their postseason positions.

As the season heads into the homestretch, games become even tougher to bet on. Some teams are still playing for a playoff spot, while others might already be looking forward to the offseason. It's a strange year, and with no more bye weeks in play, it's only due to get stranger.

Last week our picks went a middling 7-6-3 against the spread. We're a little down on the year as a whole but have two weeks left to get back in the green on the season. Let's see if we can keep the wins coming this weekend (* indicates home team).

Drew Brees looked like he still has some work to do before getting back to full strength in his return from injury last weekend against the Chiefs, completing just 15 of his 34 passes on the night. New Orleans should take home the win in this game, but the Vikings have enough talent on offense to score points and keep things close.

Several Lions coaches were deemed close contacts due to contact tracing after two positive COVID-19 tests were announced by the team on Tuesday. Heading into a matchup against Tom Brady while missing a good chunk of your coaching staff is a less than ideal situation.

The Cardinals currently have a 70% chance to make the playoffs, according to FiveThirtyEight, but they still have some work to do through the final two weeks to punch their ticket to the postseason. The 49ers have played well past expectations after their roster was decimated by injury, but in these final weeks of the season, it's tough to see how they keep pace with a team still fighting for more.

Derek Carr might not be healthy enough to play in this game, but the Raiders looked absolutely fine with Marcus Mariota last week and nearly pulled off an improbable comeback against the Chargers. If anything, Mariota opens up the Raiders playbook a bit more in ways the Dolphins defense might not be as prepared for as what Carr and Gruden had put forward so far through the 2020 campaign.

With the Steelers' current streak of awful play, the Browns are suddenly in contention to win a division title for the first time since 1989. The Jets upset the Rams last weekend, and I doubt they can pull off a similar miracle for the second time in eight days.

The Texans have been snakebitten by terrible turnovers in late-game situations over the past few weeks. Hopefully, against the Bengals, they can score enough that a late fumble at the goal line won't cost them the win. Or the cover.

The Steelers are an absolute trainwreck with quarterback Ben Rothlisberger apparently unable to throw the ball downfield with any precision whatsoever. Philip Rivers may be just as old, but he's thrown for eight touchdowns and just one interception over his past four games and has led the Colts to a win in five of their last six.

The Jaguars have lost 13 straight and are now in pole position to draft Trevor Lawrence with the first overall pick in the 2021 draft. That said, players don't tank, and even with their losing streak, I still can't bring myself to bet on Mitch Trubisky laying a touchdown, even if he's looked impressive over his past few weeks.

Between another front-office scandal and quarterback Dwayne Haskins violating COVID restrictions, Washington seems to have things to worry about other than their upcoming game against the Panthers.

If the season ended today, the Ravens would be on the outside of the playoffs looking in. They can't afford to lose here. Meanwhile, the Giants have not scored more than seven points in their past two games.

While the Chiefs have won nine straight games, they haven't won by more than a touchdown since playing the Jets on November 1, costing bettors several times along the way as they failed to cover big spreads. Still, I think Kansas City is good for it in this spot, as the Falcons have one of the worst pass defenses in the league, and the Chiefs have Patrick Mahomes.

While you might think these division rivals have had a pretty even split over the past few years, the Rams have actually won five of their past six games against the Seahawks dating back to December 2017. The Rams' only loss during that stretch was a 30-29 nailbiter, meaning they still would have covered the spread at this number.

This is a tough game to pick, given you don't know how hard either of these teams will be playing with two weeks to go in a season that is already lost. The Chargers have been building on some solid performances over the past few weeks, though, so we'll back them to come through again.

Jalen Hurts is here, and he is ready. Through two weeks as the Eagles quarterback, Hurts has appeared to rejuvenate the entire team, pulling off an upset win over the Saints and pushing the Cardinals to the brink last weekend. Against the Cowboys, he could be dominant.

These are two great teams, and like last week's matchup between the Saints and Chiefs, this is a potential Super Bowl preview should the playoffs break the right way. Getting a field goal with the half-point hook, I'm going to take Derrick Henry and the Titans as underdogs and hope for a good game.

The Bills are AFC East champions for the first time since 1995. After securing the division title last weekend, they can celebrate their victory by embarrassing the team that held their division hostage for the past two decades. The future is now.