THE Girls took home the Shergar Cup as Nicola Currie played a starring role to take the Silver Saddle.

A double on the day for the Scot making her competition debut meant it was those in pink who popped the champagne after the nerve-wracking last. 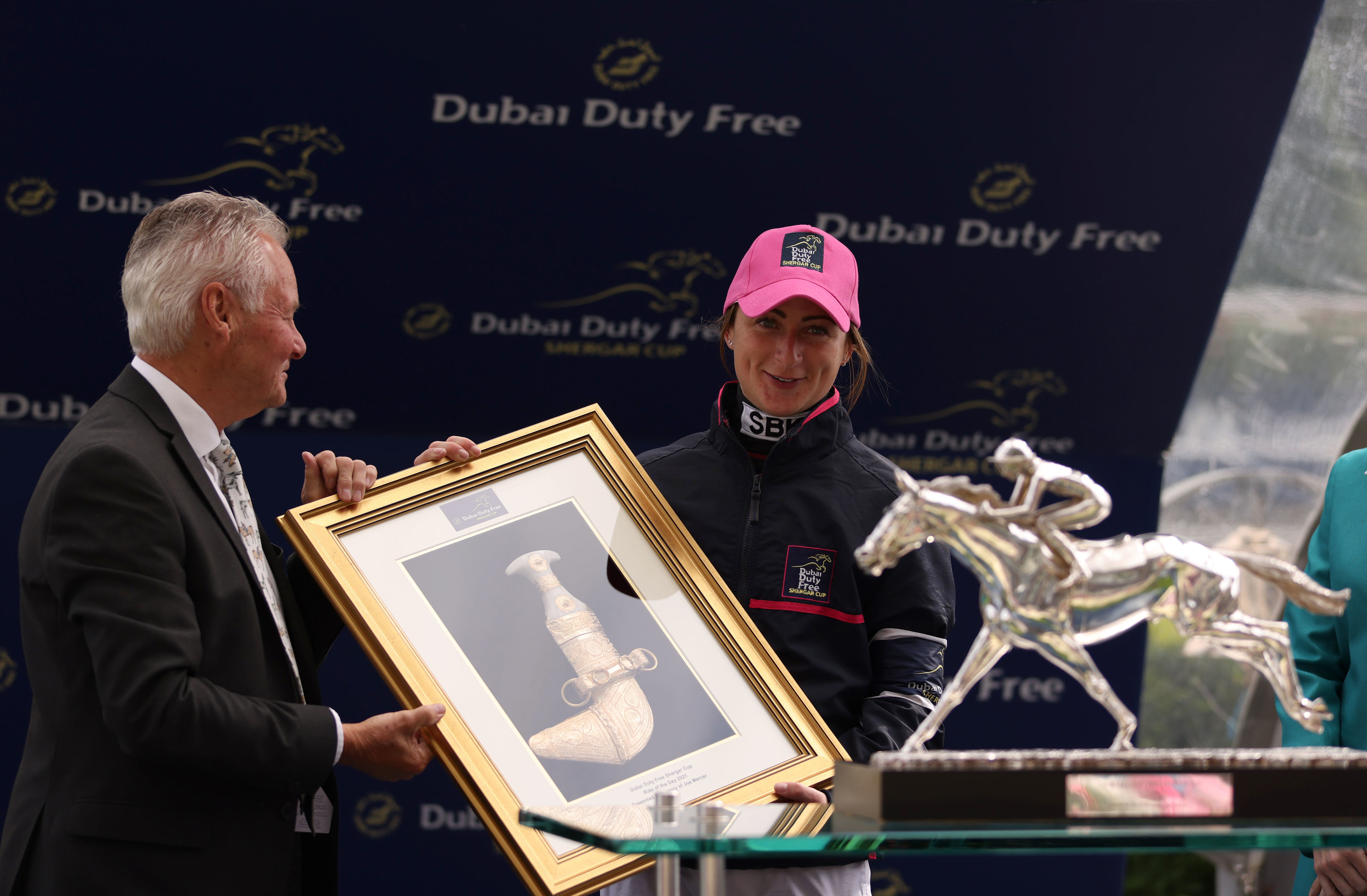 It was one of the tightest finishes in the history of the event with all four teams in with a shout of winning before the closing race.

And a first, second and fourth nearly saw Team Ireland who were in stone-cold last beforehand, steal it in the finale.

But it was Currie who deservedly played the decisive hand with a third on the slow-starting Royal Scimitar to add to her two victories earlier.

The Ladies team of Mickaelle Michel and captain Hayley Turner scored 69 points to beat Ireland on 66, with Great Britain third on 64.

Currie, 26, said: “What a day that was, to get two winners – even if they were straightforward!

“It’s fantastic to even get called-up to ride here, let alone two winners, the silver saddle and the trophy.”

Currie got off the mark in the second race as 11-1 shot Just Hubert just got the better of Call My Bluff by a head after a two-mile slog.

It was another Scot who provided her second winner with Mark Johnston’s State Of Bliss landing the penultimate heat.

After losing her claim in 2018 Currie struggled for rides and it meant yesterday’s result was extra sweet.

Currie added: “Both of them were so tough, it was straightforward for me as I knew they would both stay strongly.

“I had to work but they were willing partners. To ride for trainers I wouldn’t normally do is great.

“It’s been spectacular and makes everything worth it. This is my favourite course of the lot, I’ve been very lucky here over the years. I love the atmosphere and today’s been no different.

"I hope this can help my career. It's tough for everybody with so many good jockeys out there."

It was a third overall win for the girls with Turner on hand to captain the team every time.

To mark the win and her 300th point on her 14th appearance, officials let her take the trophy home for good.

A Champagne-soaked Turner laughed: “I’m going to need a bigger house to put it in I think!

“My dad joked that if I win it three times they should let me keep it and they obviously listened to him. I’m absolutely delighted!”