Olympian Nyjah Huston on panned bed situation: 'We need good sleep,' not worried about 'hooking up' 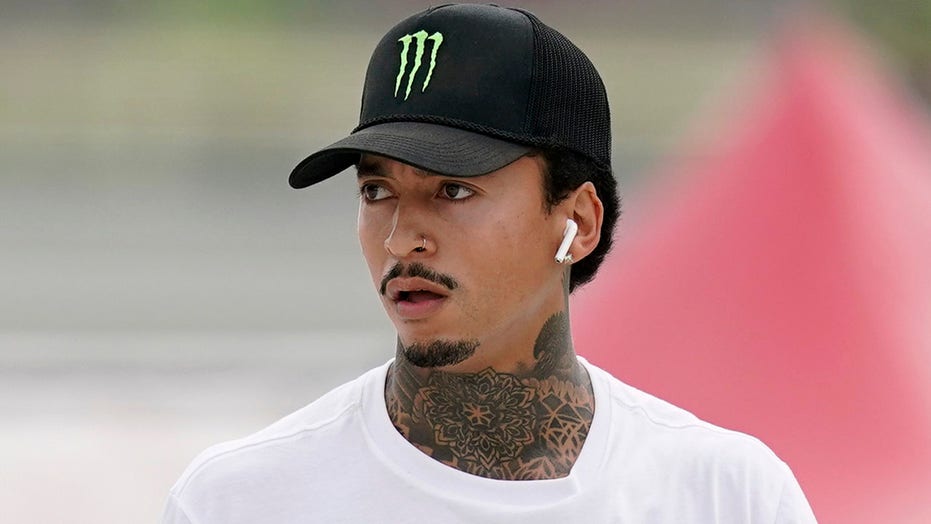 Nyjah Huston will be representing the U.S. in the Olympics’ first-ever skateboarding competition.

Huston on Monday took his Instagram followers on a tour of his room in the Olympic Village in Tokyo, including showing off the cardboard beds that athletes will have to sleep on for the length of the Games.

“It’s feeling pretty hard as you can see,” Huston said of the bed. “You can definitely feel that it’s made out of some very high-tech cardboard. Really, pretty simple design. Kinda hurtful, but this is the room.”

The cardboard beds, which are 100% recyclable and made by the Japanese company Airweave, have been dubbed the “anti-sex” beds as rumors swirled around the Village and on social media that the beds would collapse if athletes partook in extracurricular activities.

Huston alluded to the “anti-sex” designation.

“So here we got the infamous anti-sex bed in the Olympic room. And that was their way to solve the problem because apparently if you hook up with someone on it the bed like completely breaks down and ruins it. But the only problem I see is that me and the boys got a hard, uncomfortable bed to sleep on. We need good sleep and me and the homies here, we’re not worried about hooking up with chicks. We’re at the f—king Olympics to focus and beast up. That’s what we’re here for,” he added.

American runner Paul Chelimo tweeted about the so-called anti-sex beds in the Olympic Village on Friday.

“Beds to be installed in Tokyo Olympic Village will be made of cardboard, this is aimed at avoiding intimacy among athletes,” he wrote. “Beds will be able to withstand the weight of a single person to avoid situations beyond sports. I see no problem for distance runners, even 4 of us can do.”

However, Irish Olympian Rhys McClenaghan debunked the myth of the anti-sex bed. In a video, he was seen jumping on the bed to prove it can withstand some force.

The Olympics’ official account thanked McClenaghan for his video.

Huston is set for his first Olympics and is the gold medal favorite.