MAURIZIO SARRI has guided Chelsea into the top three and to the Europa League final this season – but one in three fans still want him axed.

The Italian tactician has been heavily linked with a move away from Stamford Bridge this summer amid interest from Juventus. 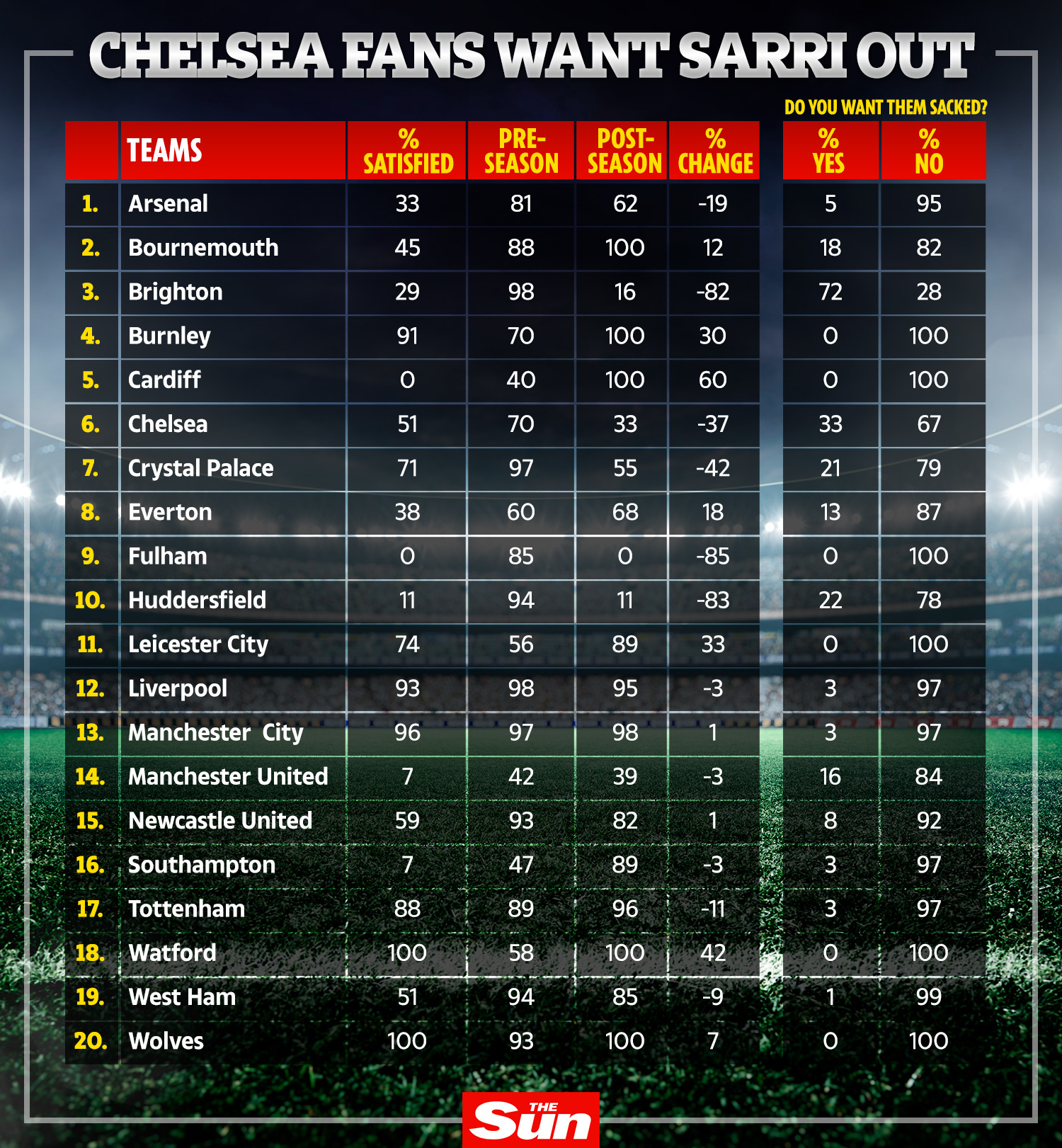 According to an exclusive SunSport poll, 33 per cent of Chelsea supporters want him gone this summer.

Sarri received more votes than any other manager in the English top flight following the end of the Premier League season.

Only five per cent of Arsenal fans voted for Unai Emery to leave, while 16 per cent called for Ole Gunnar Solksjaer to leave Manchester United.

It comes as no surprise that no Manchester City fans voted for Pep Guardiola to be axed after he guided his team to the domestic treble.

Sarri looks set to leave after reports claimed he will be sacked even if he wins the Europa League.

Chelsea owner Roman Abramovich is expected to get rid of him because he has a poor rapport with the fans.

Club legend Frank Lampard has emerged as an early favourite to take the reigns after his sensational spell with Derby.

Juventus have already reportedly made contact with the Italian manager ahead of their swoop this summer.

Former Old Lady boss Massimiliano Allegri has emerged as a likely canidate to take over the Blues next season.