Home » Sport » Ozzy, Ozzy, Ozzy: Why are the Commonwealth Games still a thing?

Ozzy, Ozzy, Ozzy: Why are the Commonwealth Games still a thing?

Standing here on the Black Sabbath Bridge, overlooking the murky canal below, it’s impossible not to feel Commonwealth Games fever kicking in.

Or maybe it’s the growing anticipation of an often-derided but ultimately loved event in which Australia wipes the floor with powerhouse sporting nations such as Gibraltar, Kiribati and Nauru.

“How is this still a thing?” British-American comedian John Oliver asked in 2014, comparing the event to an “off-Broadway musical”.

“Imagine an Olympics without the United States, China and Russia. Then imagine a track meet dominated by sprinters from Wales.” 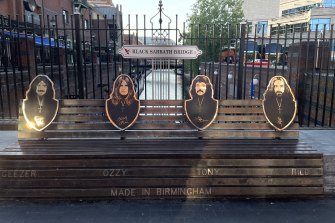 This Commonwealth Games, to be held in Birmingham in the West Midlands of England, is being met with the same indifference as other years.

There’s little dispute the event, in its current format, is clinging on for dear life.

Like the Olympics, host cities are petrified of the oppressive cost and then there’s the whole crumbling monarchy thing.

Rights to the Games in 2026 were awarded to Hamilton, Canada, but that bid collapsed after a backlash from taxpayers about the cost. 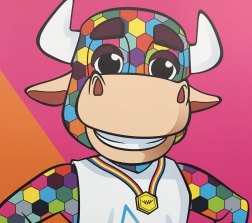 The Birmingham Commonwealth Games 2022 mascot is a bull.Credit:Hans van Leeuwen

In the subsequent bidding process, Kuala Lumpur, Cardiff, Calgary, Edmonton and Adelaide showed interest but the travails of COVID-19 prompted a hasty withdrawal.

Eventually, the rights were given to regional Victoria with Geelong, Ballarat and Bendigo and Gippsland to share events.

“We can’t stay as we are — it’s not sustainable,” Commonwealth Games Federation president Dame Louise Martin said. “We have to move on, we have to modernise. In my opinion, Birmingham will be the last one of this size.”

At the very least, it’s a great chance for Australia to hand England its arse in front of their own fans. Who gets tired of that?

Channel Seven will be covering most of these Games from studios in Sydney, although doyen athletics caller Bruce McAvaney insisted on being at Alexander Stadium. 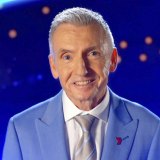 Australian swimmers will also be greeted by a familiar face when they emerge for their poolside TV interviews: former squad mate Cate Campbell.

Campbell will be front and centre of Seven's broadcast as she continues a break from swimming post-Tokyo. She plans on returning to training in a bid to compete at a fifth Olympics in Paris in 2024.

There’s one story she’s yet to tell. In Tokyo, on the eve of her 100m freestyle final, Campbell woke up and was barely able to move her neck.

She needed intensive physio and painkilling injections just to race, going on to bury the ghosts of Rio with a brave swim and a bronze medal. She never made a big deal of the episode, nor even mentioned it publicly.

Get into Ozzy’s bed

The host city, meanwhile, is pigeonholed as a dour, working-class city.

“What do you think of our shitty Birmingham?” one local asked.

According to reports, there are more than 80 gangs involved in turf and drug wars. Gang names include the Frankley Killers, 23 Drillas, the 61s, the 247365, Hutton Boys, Bang-Bang, B515s, Raiders, and the Wolf Pack.

Not that you’d know in the city centre, with its network of canals lined with cafes and bars, including the Walkabout Hotel where Australian batsman Dave Warner famously put one on the chin of England opponent Joe Root in 2013.

“Brum”, as it is known, is also the home of musical legends such as Duran Duran, former Led Zeppelin members Robert Plant and John Bonham and, of course, heavy metal pioneers Black Sabbath. For a small price, you can sleep in the childhood bedroom of lead singer Ozzy Osbourne.

THE QUOTE
“Is Australia a part of the Commonwealth?” — Our Uber driver, Omar, on the way from Birmingham Airport to the city.

Part of it? We dominate it, brother.

THUMBS UP
OK Boomer: name me a Cody Simpson song. Me neither. But he’s some story, going from teenage pop sensation releasing singles with Flo Rida and supporting Justin Bieber, dating Miley Cyrus and Gigi Hadid along the way, only to walk away from it all to return to his childhood love of swimming. He starts in the heats of the 50m butterfly on Friday.

THUMBS DOWN
Triathlon will be making its third appearance at the Commonwealth Games, although competitors could face an added obstacle in Birmingham with the Environment Agency releasing data on the eve of the event claiming they will be swimming through raw sewage. Best to keep your head down and mouth shut.

IT’S A BIG DAY ONE OF THE COMMONWEALTH GAMES FOR … T20 cricket, which makes its debut on Friday, local time, when all-conquering Australia meets India at Edgbaston Stadium.

IT’S A BIGGER DAY ONE OF THE COMMONWEALTH GAMES FOR … Australia’s men’s and women’s rugby teams get their campaign underway at Coventry. The women’s team, considered a red-hot chance of a medal, meet Scotland while the men take on Uganda.

Get all the latest news from the Birmingham Commonwealth Games here. We’ll be live blogging the action from 4pm-10am daily.