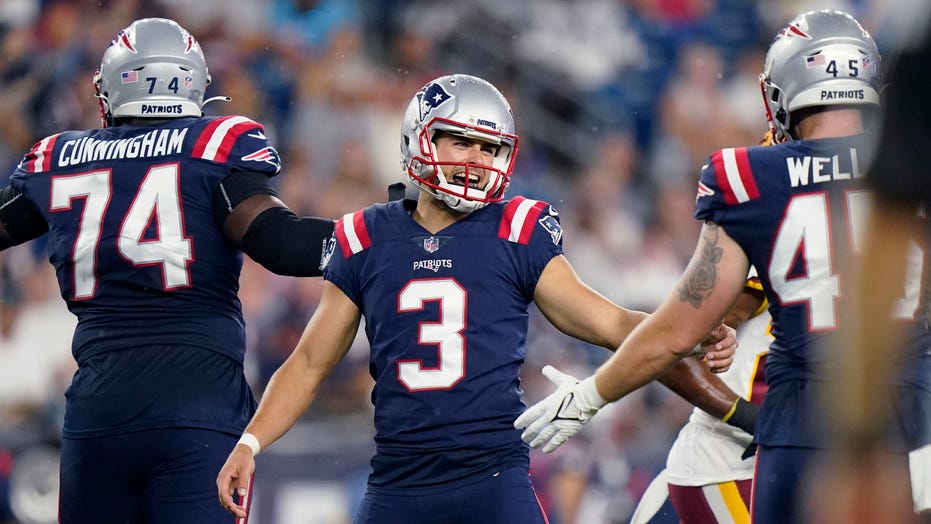 Quinn Nordin thought his chances of making it to the NFL were over after not getting selected in the 2021 Draft and so he turned to LinkedIn to find another path. Fast forward several months, and the former Michigan kicker is making headlines after his preseason debut with the New England Patriots on Thursday night.

Nordin, 22, was 3-for-3 in field goal attempts, including a 50-yarder, against the Washington Football Team. With veteran Nick Folk not participating in training camp, this has opened the door for the young rookie. 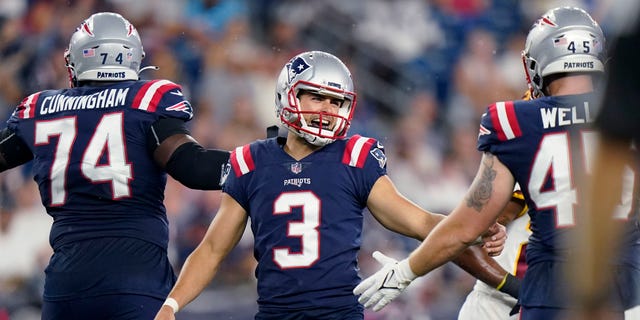 New England Patriots kicker Quinn Nordin (3) is congratulated after his field goal during the first half of the team’s preseason NFL football game against the Washington Football Team, Thursday, Aug. 12, 2021, in Foxborough, Mass. (AP Photo/Steven Senne)

So where would Nordin be if he never got that call? Hard to say for sure but he did say his dad needed some work done around the house.

“Literally, I think it was two days after, my dad needed the deck power-washed,” he recalled Monday. “All my buddies had signed with teams, and I was like, you know what, I could rent this power washer and I could power-wash decks in the neighborhood. But I wanted to give (the NFL) a shot. This is every kid’s, person’s dream to get a chance to play for the New England Patriots.”