PAUL POGBA reportedly phoned Maurizio Sarri as he attempts to force through a move away from Manchester United.

The Frenchman, 26, seems set on leaving Old Trafford this summer and is taking matters into his own hands. 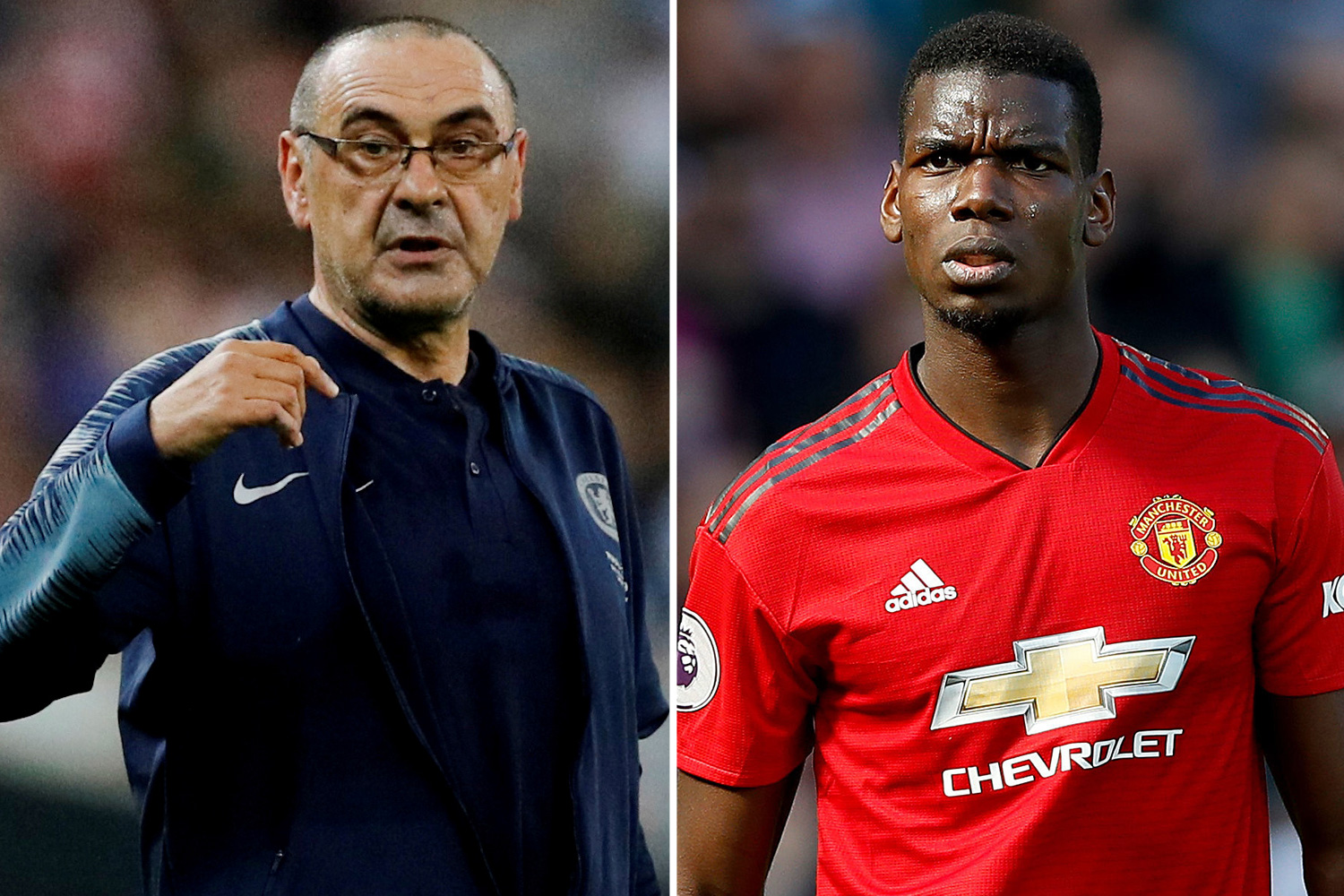 According to Tuttosport, he has called the new Juventus manager to try and convince the new boss to sign him.

The report adds that Pogba is 'desperate' to return to the Old Lady.

Speaking in Asia during his post-season promotional tour, Pogba admitted he is ready for a "new challenge".

He returned from Juventus back to Manchester United for £89million in 2016.

But after three years, he is now looking for a transfer away – and is keen to head back to Turin.

Sarri left Chelsea after just one season in England to return to his homeland.

He signed a three-year deal at the Allianz Stadium last week and is already looking to make his mark with the squad.

Adrien Rabiot is on course to sign on a free transfer once his contract at Paris Saint-Germain expires.

PAUL THE OTHER ONE

But it is Pogba who would be the statement signing.

United insist he is still not for sale but an offer of £150m is thought to be enough to convince the Red Devils to sell.

Juventus, Paris Saint-Germain and Real Madrid are the three clubs interested in taking Pogba away from Manchester.

Los Blancos went in with a £90m bid – just £1m more than United paid for him in 2016 – but that offer was immediately rejected.

And Juve sporting director Fabio Paratici hinted at his side's interest in Pogba.

Speaking of Pogba and Rabiot, he said: "They are two good players. Pogba is a Manchester United player, he has given us a lot, he has grown with us, we love him. But he is a United player.

"There are so many teams after Rabiot, we do our bit and we are not talking about him. We will also talk to Sarri about him."

As things stand, therefore, Pogba is set to return to Carrington for pre-season training at the beginning of July before the squad fly to Australia, China and Singapore.

"Everyone should be available to be picked, hopefully they're fit when they come back so the first team are going to be there."