Home » Sport » Phil Mickelson disgusted with first-round performance at US Open: 'I'm so sick of this'

Phil Mickelson disgusted with first-round performance at US Open: 'I'm so sick of this' 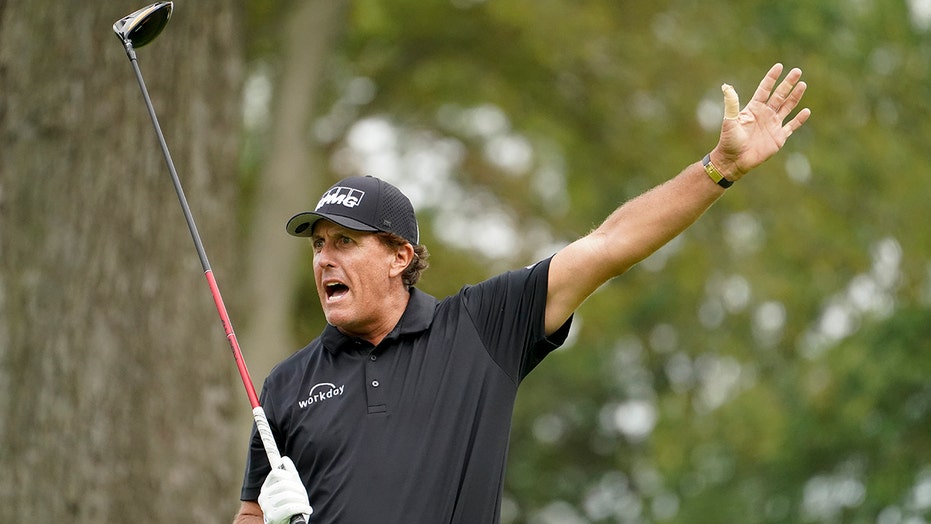 Phil Mickelson has never won the U.S. Open and, after his first round Thursday, it didn’t appear he was going to make the cut to stay in the tournament through the weekend.

Mickelson finished with an opening-round 79 – which was good for 11-over par and put him in second-to-last place at Winged Foot.

“I drove it poorly, and I putted poorly,” he told reporters after his round.

“Lefty” said he would play as hard as he could in the second round to try to make the cut. But the near improbable task appeared to be impossible. Justin Thomas led the field after the first round with a 65 – the lowest U.S. Open score ever shot at the course.

Mickelson came into the event hoping to have some fun. But there was nothing fun about the five-hour slog through the course.

As he headed to the ninth tee box, the broadcast showed that he had hit 14,477 tee shots since hitting his last fairway at Winged Foot – in 2006, also on the ninth hole. He broke his drought there. He went to the fairway, picked up his 5-wood and blocked it left.

“I'm so sick of this,” Mickelson said.

It was at Winged Football where Mickelson had his meltdown in 2006. He had a one-shot lead heading into the 18th hole, but a bad drive off the tee triggered a chain of events that left him in second place and Geoff Ogilvy holding the trophy.