The duo decided to quit the crisis-hit club just 24 hours after the game with Doncaster Rovers was due to be played. 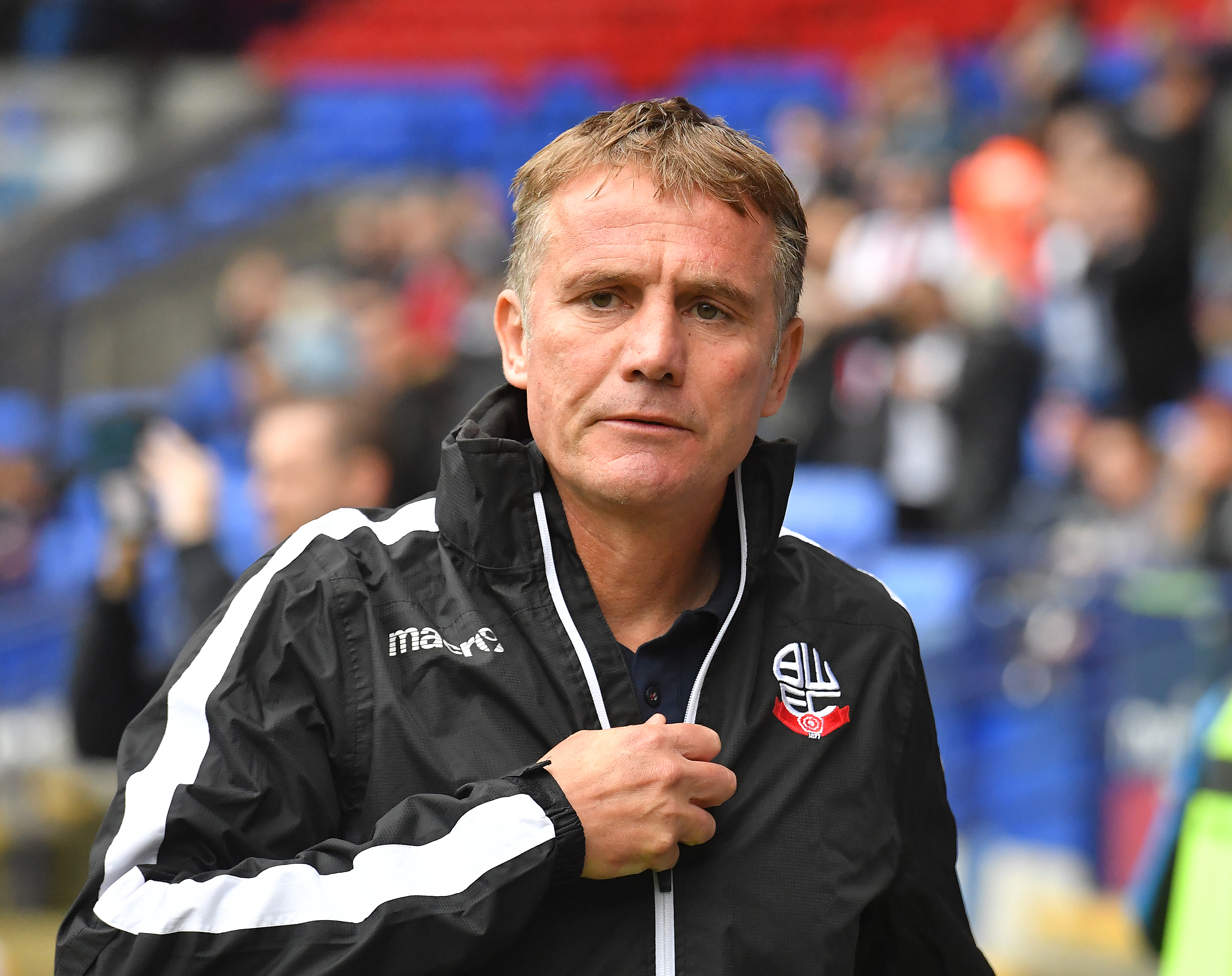 The experienced boss had been at Wanderers for just over three traumatic years.

However he reached breaking point when a new takeover bid was delayed.

Bolton's statement read: “It is with great reluctance that Bolton Wanderers Football Club has accepted the resignations of Manager Phil Parkinson and Assistant Manager Steve Parkin from their positions at the University of Bolton Stadium.

“During what has been one of the most challenging periods in the club’s existence, both Phil and Steve conducted themselves with the utmost professionalism and dignity throughout.

“In their first season at the helm, following their arrival from Bradford City in the summer of 2016, they guided Bolton Wanderers to automatic promotion to the Sky Bet Championship at the first attempt whilst operating under a transfer embargo.

“Against all the odds, they helped to preserve the club’s Championship status the following season on the final day of the campaign with a memorable last gasp victory against Nottingham Forest.

“Everybody at Bolton Wanderers Football Club would like to thank Phil and Steve for their dedication and loyalty and we wish them the very best for the future.

“They leave the University of Bolton Stadium with their heads held high.”

Parkinson was told he would be left in charge by would-be owner Sharon Brittan but the Football Ventures are yet to seal a deal.

Having to rely on young players and a dwindling band of senior professionals drove Parkinson out.

Parkinson wanted the Tranmere Rovers game off – a match Bolton lost 5-0 – and decided to go before the administrators called off the Doncaster game controversially.

The financially-stricken club posted a statement on their website that read: "It is with real regret and a deepening sense of frustration that we have been forced to postpone tomorrow's fixture against Doncaster Rovers.

"Whilst the threat of further EFL sanctions is obvious, nothing can be allowed to impact on the welfare of such a young group of players.

"With so many senior players injured or unavailable, the squad has performed heroically and deserves so much credit.

"But after consultation with the club's medical staff, it is obvious that to call on them for another match without an adequate break would be detrimental to both their welfare and development which cannot be allowed."