Premier League leaders Liverpool are in Qatar this weekend but which of their title rivals will close the gap when Manchester City host Leicester on Saturday?

“This is a game that could define both sides’ season,” said BBC football expert Mark Lawrenson.

“If you are a Manchester City player and looking at the table, then Leicester are clearly a team who could potentially finish above them this season.

“The defending champions will be fired up to show everyone they are better than that. For Leicester, it is chance to prove otherwise – but I am expecting the home side to win.” 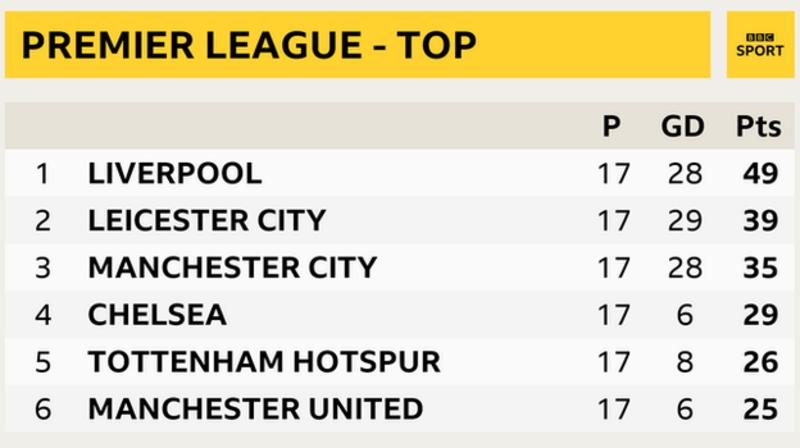 At the same time City play the Foxes, Liverpool face Brazilian side Flamengo in Doha in the Club World Cup final.

“It will be tight but I am backing the Reds because they have become completely clinical,” added Lawro.

“People are still saying they are not playing very well but they carry on winning – what more do you want?”

Lawro is making predictions for all 380 top-flight matches this season, against a variety of guests.

This week he is up against Serge Pizzorno, from indie rock band Kasabian. 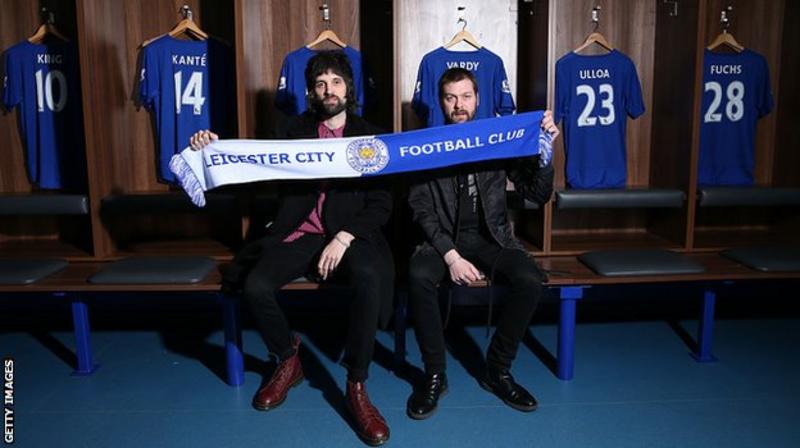 Serge is a lifelong Leicester supporter and it is no surprise to learn which moment he picks out as his greatest as a fan.

He told BBC Sport: “When we beat Derby 2-1 in the play-offs and Steve Walsh scored a couple [in the Championship final in 1994], that was a special day.

“But obviously the year when we won the Premier League is hard to top. That whole season is my favourite memory.”

Leicester are flying high in the table again and winning plenty of plaudits but Serge is not convinced by claims that their current side is a better team than the title-winners.

He explained: “Is this team better? It is close.

“You know what? Talent-wise, it probably is a little better but what we had in 2016 was spirit and whatever that magic combination was.

“Whether the current team have got that same magic, we will find out.”

*Serge made a 1-1 prediction for West Ham v Liverpool instead – the game the Reds would have played if they were not in Qatar. This game will not count towards Lawro’s total.

A correct result (picking a win, draw or defeat) is worth 10 points. The exact score earns 40 points. 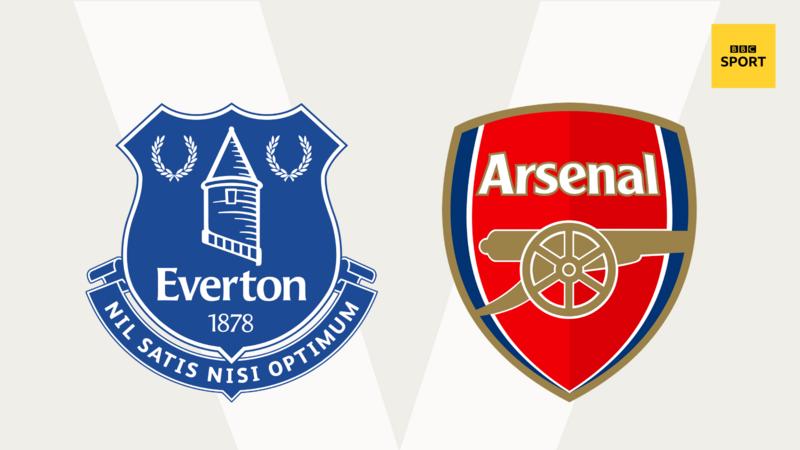 Everton’s caretaker boss Duncan Ferguson will still be in charge of the Toffees for this game, while it looks like Mikel Arteta will be in Arsenal’s dug-out.

Ferguson has had three good results since taking temporary charge – yes, they went out of the Carabao Cup on penalties to Leicester on Wednesday but they are still unbeaten in actual games.

It just shows what these Everton players can do under someone who knows how to get hold of them and get them at it, but as a squad they are definitely a work in progress.

That’s why I have my reservations about Carlo Ancelotti, if he does get the job. He is not a builder, he is more of a roofer because he is a manager to finish a job off.

Similarly, Arteta has a huge task to turn Arsenal around, because their defensive issues are long-standing and well known. He is going to need some help.

But his arrival, if it happens in time, will give the team a bit of a bounce.

Goodison Park will be rocking again for Duncan, though, and that will have an effect too. 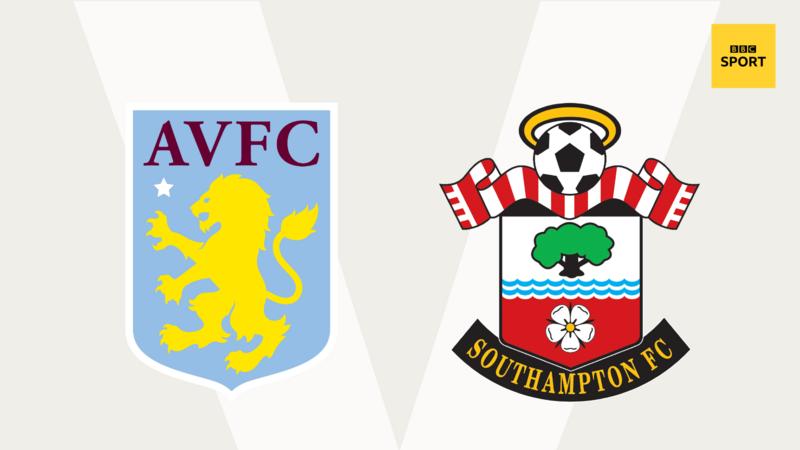 Both of these teams are in the bottom four, and both of them are on a losing run – Aston Villa’s has lasted three games, Southampton’s two. 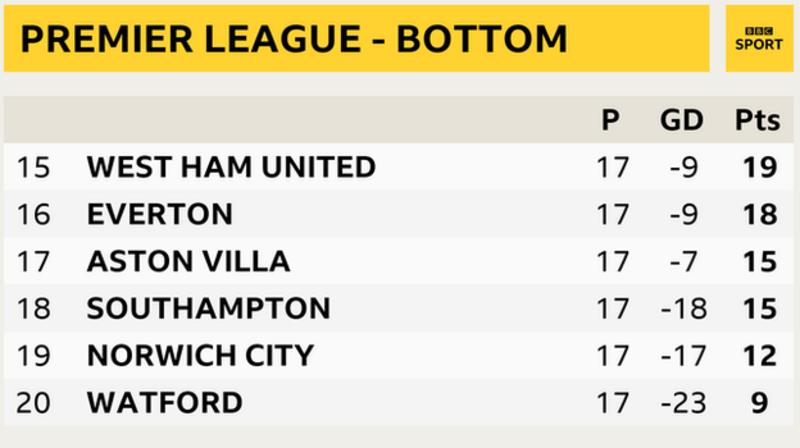 Saints had been showing signs of life until a couple of weeks ago, but then they lost late on at Newcastle and put in a disappointing performance at home to West Ham.

I don’t think Southampton’s struggles mean Ralph Hasenhuttl is going to lose his job – I think there is more chance of him being given money to improve his team in the January transfer window.

This is the start of a key period for Villa, who follow this game by playing Norwich (home) and Watford (away).

I don’t think Dean Smith’s side have been playing that badly, and I don’t think they will lack any confidence for this game.

They might even have a bit of a swagger against Southampton, because they will believe they should beat them at home. 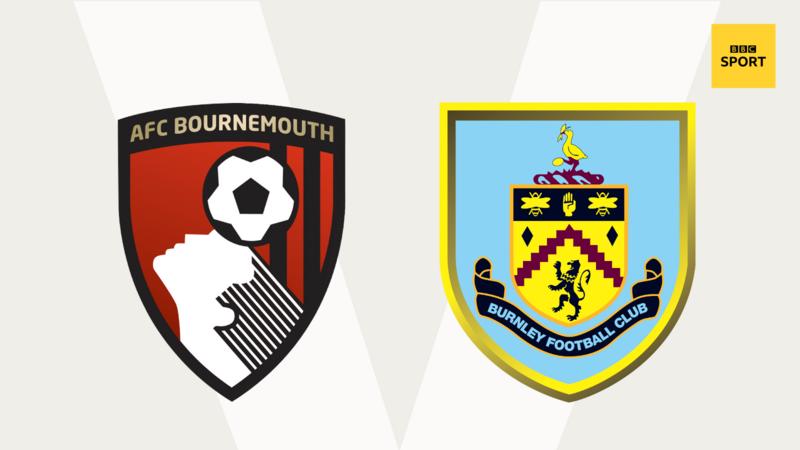 Bournemouth’s win at Chelsea was well-earned and very impressive, especially because they had been on a long losing streak.

Burnley also bounced back, by beating Newcastle to end their run of defeats.

It was not the first time that both teams have shown that, no matter what sort of form they are in, they are not just going to crumble and disappear down the trap door.

In different ways, they are always capable of responding to setbacks with a decent performance and result – which is why they have been able to establish themselves in the Premier League.

Both teams have a different style of play, but it should make for a decent battle. I am going to go with Bournemouth to win it.

Serge’s prediction: I’m going for Burnley here, because Sean Dyche is my boy. 1-2 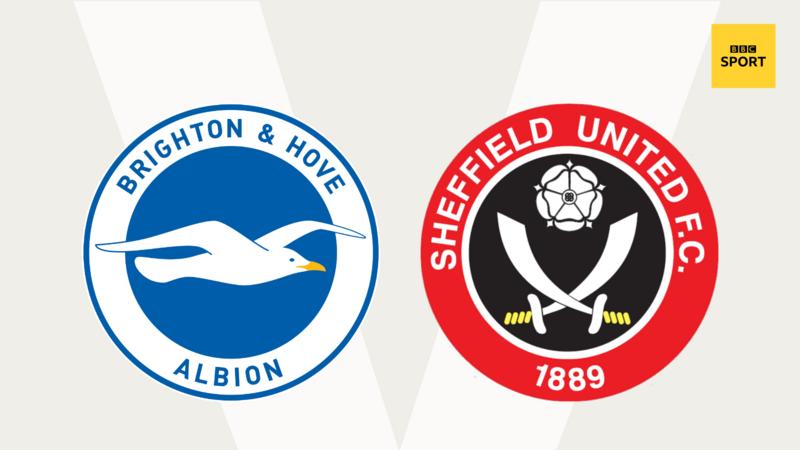 Sheffield United are five points better off than Brighton, and six places higher in the table, but the Seagulls have been playing very well this season.

The Blades have still not been beaten away from home in eight league games this season, and I am sure plenty of people will think they will continue that run here.

But I think different – and this is how stupid I am – they are obviously going to get beaten away from home at some point, so I am going to back them to lose pretty much until they do. 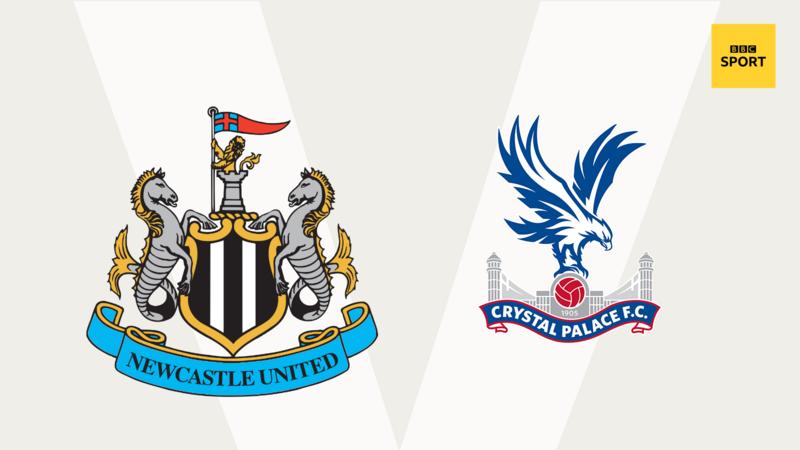 Newcastle lost at Burnley last week but their home form remains a real strength – they have only lost one league game at St James’ Park all season.

Palace have been a fixture in the top half of the table for pretty much the whole season – in order to stay there, I think it is important that Wilfried Zaha does not leave in January, but that might turn into one of the sagas of the transfer window. 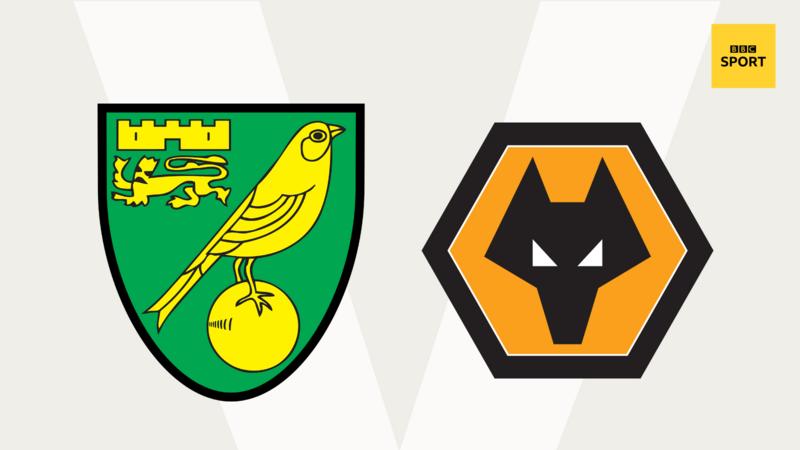 Wolves were beaten last week, for the first time since September, but anyone who watched their game against Tottenham will see that they did not deserve to be.

People rave about the way they played in their win over Manchester City in September, but that display was up there too – the Canaries were well-drilled, and disciplined. 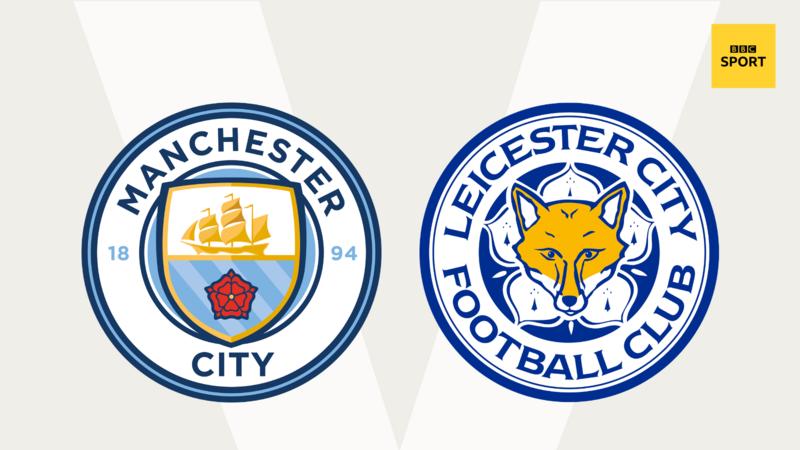 Manchester United exposed Manchester City’s defensive flaws with their fast counter-attacks that helped them win the derby at the start of December.

Can Leicester do the same? Well, United had Marcus Rashford, Anthony Martial and Daniel James running at City – with the Foxes, it is really just Jamie Vardy who does that.

In any case, Manchester City will surely be ready for that approach this time, and I am expecting them to win.

If that happens, that is the end of Leicester’s title hopes, and it would take the heat off Liverpool ahead of their trip to King Power Stadium on 26 December.

I think the leaders would also be happy if this game ended in a draw – only a Foxes win would give the Reds some cause for concern.

Serge’s prediction: Let’s be honest – I am a dreamer, but I just have a feeling James Maddison is going to nick it with a little free-kick, and then the league will be on again. I have got a fair few brothers who are big Man City fans so they are going to be watching this and throwing things at the telly. 0-1

Watch live on BBC One, BBC iPlayer and the BBC Sport website and app.

Liverpool boss Jurgen Klopp will have to start with his first-choice front three – Mohamed Salah, plus Roberto Firmino and Sadio Mane, who both started on the bench against Monterrey on Wednesday evening.

I am presuming that Virgin van Dijk, who missed that semi-final with illness, will have recovered by then. Liverpool will need him.

I really do think this is a 50-50 game when I come to call it, because of what it means to Flamengo.

I am not sure people in England realise how big this game is in Brazil – I only realised this week that Flamengo fans still have a song about when they beat the Liverpool side I played for in the 1981 final. I had no idea.

Flamengo will have lots of fans there and I think it is going to be a very hard-fought contest. What might decide it is that Liverpool can go flat out for 120 minutes, and I am not sure their opponents will be able to do the same. 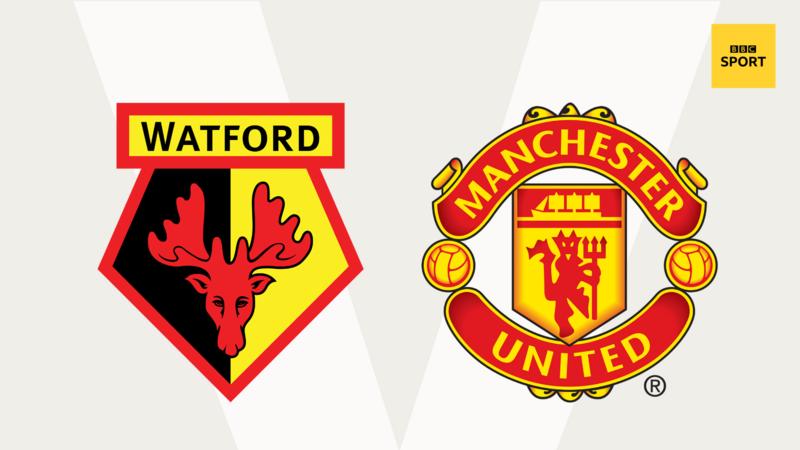 I was at Anfield last week and Watford really impressed me in Nigel Pearson’s first game in charge. They created a lot of chances – proper chances too.

The Hornets had Ismaila Sarr on the right and Gerard Deulofeu on the left, and they caused the Reds no end of problems. Troy Deeney was a handful up front, and in midfield and defence they were extremely competitive.

Basically, they looked like the Watford of last season, which is why I am backing them to get only their second league win of the season when United go to Vicarage Road.

That might surprise a few people but I just think that, with United, we cannot really be sure they are back in the groove. They still have something to prove in games like this. 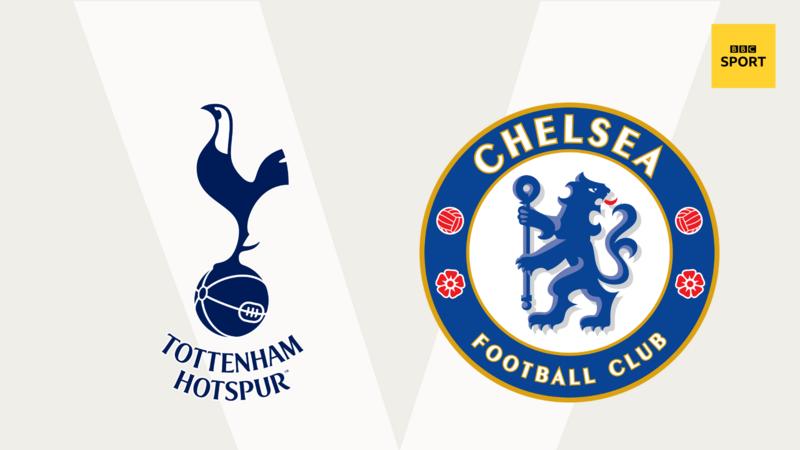 Jose Mourinho faces Chelsea for the first time as Tottenham manager, knowing a win will send his new side above them and into fourth spot.

Blues boss Frank Lampard has done a very good job far and, as well as being easy on the eye, Chelsea have played very well at times this season.

But there are still occasions when they are not quite at it, which you can put down to their manager’s inexperience.

There is no love lost between these two teams, and no-one has ever been able to tell me why the two sets of fans detest each other so much.

I think it is Spurs who will get bragging rights this weekend but, even if they do not win this game, they are certainly back in the race for the Champions League places now.

Serge’s prediction: It is Mourinho against Chelsea, and he is going to have a say there. Spurs striker Harry Kane is on fire at the moment so Jose will have his day. I still think Chelsea will finish above them though. 2-1

How did Lawro do last week?

Last weekend, Lawro got five correct results with no exact scores from 10 matches, for a total of 50 points.

He lost to comedian and author David Baddiel, who got four correct results, but with one exact score, for a total of 70 points.