The nine-time Irish champion jockey died on Tuesday at the age of 43 having been diagnosed with pancreatic cancer in 2018.

Smullen and Weld struck up a formidable partnership, winning numerous Classics and Group 1 races together, including the Derby in 2016 with Harzand.

Weld told Nick Luck Daily: "Pat Smullen was just a very, very special man, with regards to the sport of horse racing and indeed to me personally. He was unique.

"In this day and age I would have to say his loyalty and his integrity stood out. He was my stable jockey for 20 years and was just the professionals' professional.

"His detail and his determination were major factors, as was his bravery. He was a very principled man, he was a family man and his loyalty and integrity were an example to anybody within the sport.

"I only had two retained jockeys, Michael Kinane for about 13 years and Pat for about 20. We just built together, but he was simply an excellent jockey."

Weld continued: "It is worth noting, from the limited chances he got at Ascot, rides like winning the Gold Cup on Rite Of Passage when he set the track record, Fascinating Rock in the Champion Stakes, Free Eagle in the Prince of Wales's.

"He won the English 2000 Guineas on Refuse To Bend and I think that typified the man. Right to the end when he was fighting pancreatic cancer he had this will to win, this belief, determination and he was able to impart that to the horses he rode.

"After he won the Epsom Derby, and he so deserved to ride the winner of an Epsom Derby, the amount of public support, I can even use the word love at his achievement, was amazing. People not even connected to the sport sent him congratulations.

"He led by example, I think that is the best way I can describe him."

Tributes from Mullen's friends and former colleagues have also flooded in since his sad passing.

An emotional AP McCoy said: "He was a wonderful man. It's very hard, it's very hard on the family. It's just a tragic time, it's heartbreaking.

"We served our apprenticeships around a similar time. His was a lot more successful than mine was, so I'd known him a long time.

"Paying a compliment to him as a rider, he took over from as good a rider as I have ever seen in Mick Kinane (at Dermot Weld's) and you wouldn't have known. That is how good Pat Smullen was. You can try to think about races he maybe should have won – there aren't any. 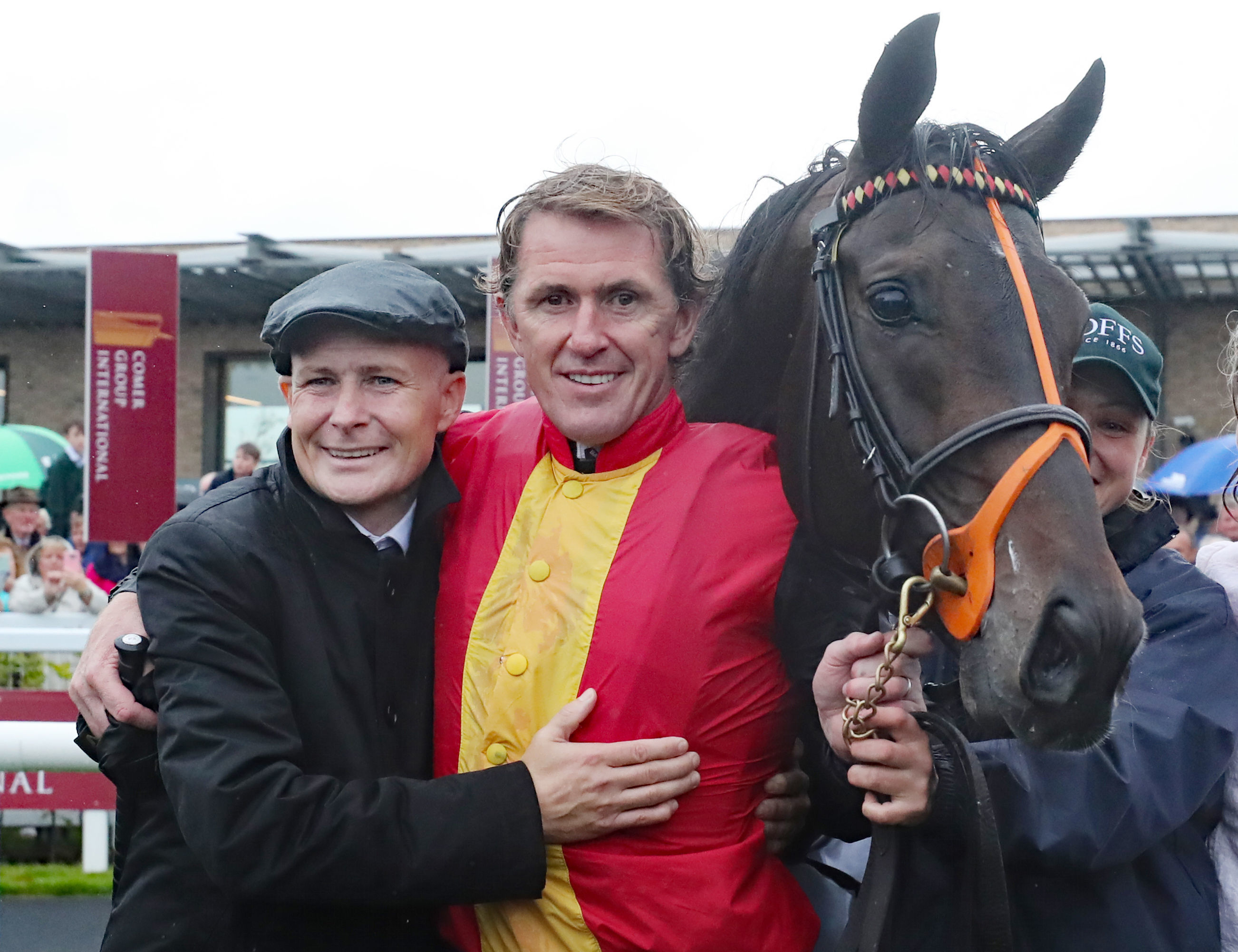 "I had a big winner on Saturday (Champers Elysees in the Matron Stakes) and one of the first messages I had was from Pat saying 'well done, Johnny, brilliant win' so he was showing class right up to the end.

"He set the standard in the weighing room in Ireland, everyone wanted to be like him – he was the champion jockey in Ireland in more ways than one.

"He leaves some legacy. We knew all about him in racing, but it wasn't until he retired the wider community got to see what he was like, raising all that money for cancer research and pulling so many people together for his charity race last year.

"In and out of the saddle he was just a really great guy and my thoughts and now with Frances (wife) and the kids and his mam, all his family. It will be a tough few days, but we look on his life and career with very fond memories."

Mick Kinane and Frankie Dettori are also among a host of top jockeys who have expressed their sadness at Smullen's death.