RAHEEM STERLING and Joe Gomez were involved in a huge bust-up at England training today, it has been reported.

The Three Lions duo had to be pulled apart by stunned team-mates following the altercation at St George's Park. 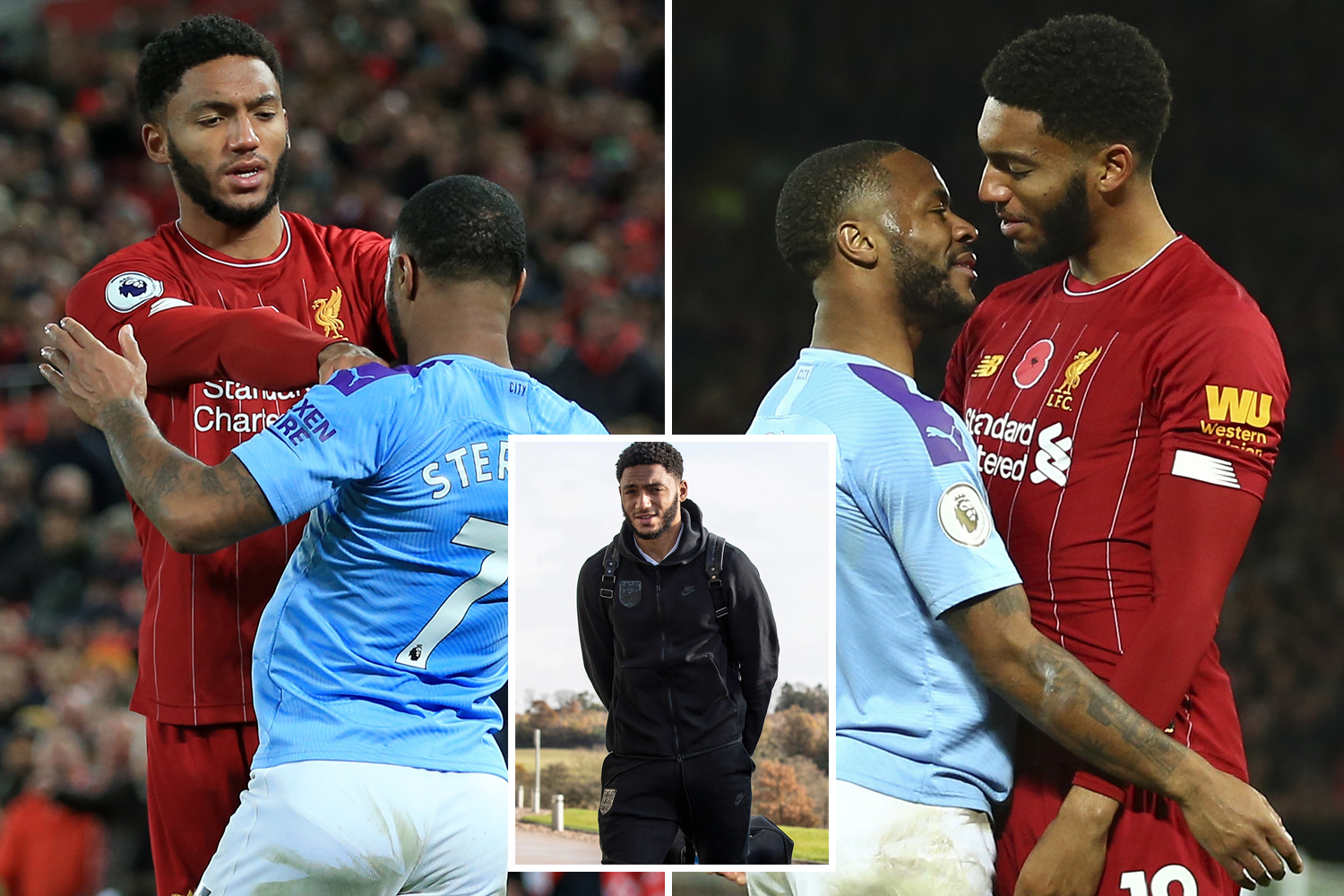 It came just hours after the pair clashed during Liverpool's 3-1 win over Manchester City on Sunday afternoon.

According to the Mail, other England players had to jump in and end the physical confrontation.

It is understood the argument started when 'banter' about the Reds win over City got out of hand.

Gareth Southgate is thought to be fuming over the incident, which has disrupted his plans this week.

The Three Lions are preparing to face both Montenegro and Kosovo in European Championship qualifiers.

The bad blood between Sterling and Gomez is thought to have spilled over, despite no previous known incidents between them.

The bust-up is said to have surprised and shocked others, in a testing week for Southgate's men.

The row during Liverpool and City have started with pushing and shoving between the two.

The 6ft inch defender towered over his 5ft 7inch rival as they exchanged verbals.

James Miler got in-between the duo and separated them, before the match continued.

England need just one point from two matches to qualify for Euro 2020, with the Czech Republic hot on their heels in second.

Southgate is already planning to have talks with James Maddison after he was seen at a casino after withdrawing from the squad with illness last month.

The Leicester player was handed a place back in the squad, despite the Three Lions chief being upset about the incident.