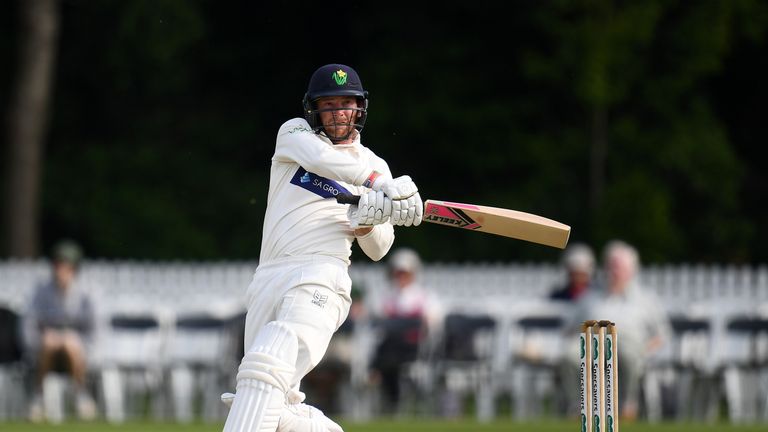 Heavy rain at Guildford allowed only 27.4 overs to be bowled on day three between Surrey and Yorkshire.

The players left the field for bad light 10 minutes before the scheduled lunch interval, and never returned as persistent rain set in and play was officially called off for the day at 3.45pm.

Yorkshire, who had taken just 22 minutes to finish off Surrey’s first innings for 313 after they had resumed on 290-8, had reached 58-1 in reply. 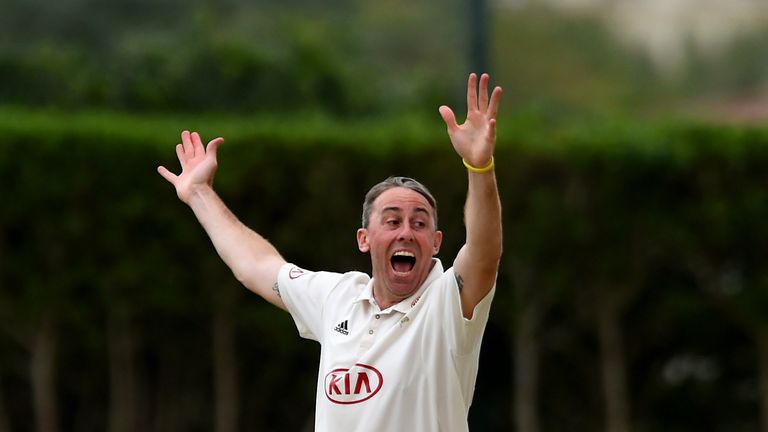 Nottinghamshire‘s game against Hampshire in Nettleworth ended in a long-anticipated draw, with the final three days’ play all lost to rain.

Hampshire earn eight points from the contest, having bowled Notts out for 162 on day one – Kyle Abbott claiming 6-37 – and Nottinghamshire five.

It was a similar story in Canterbury, as Division One leaders Somerset lost another full day of their game against Kent due to the weather.

After a washout on the opening day, 22 wickets fell on an action-packed Tuesday but heavy showers prevented any play on day three. Kent are 24-2 in their second innings, trailing still by six runs.

Lancashire‘s hopes of securing a substantial first-innings lead were halted by the weather at Worcestershire. 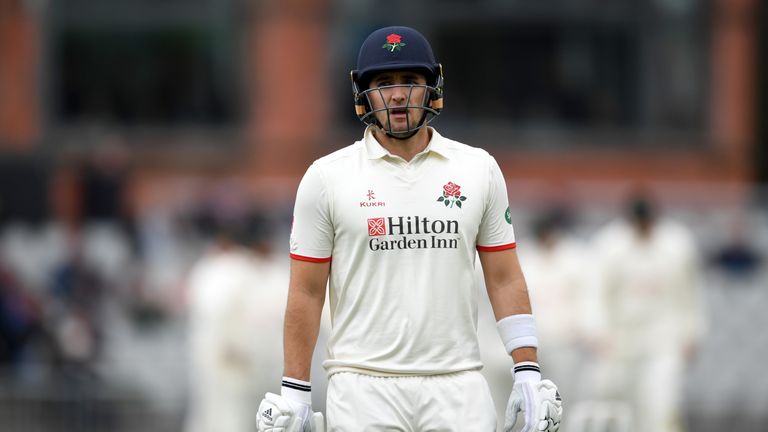 The Division Two leaders had to kick their heels in frustration for nearly two days after bowling out Worcestershire for 98 on the opening day.

When the action finally resumed at 2.10pm on Wednesday, Lancashire recovered from a shaky start to reach 110-3, with Liam Livingstone dominating an unbroken fourth-wicket stand of 78 with Haseeb Hameed before bad light stopped play.

Will Beer fell agonisingly short of his maiden first-class century on a rain-ruined second day of Sussex‘s match against Gloucestershire at Arundel.

The makeshift opener, who is playing only his 18th first-class match in his 12th season with the county, was out for 97 as Sussex reached 351-8 before the rain arrived.

After several inspections umpires Ian Blackwell and Neil Bainton called off play for the day at 4.40pm with only 30 overs bowled.

The weather in Swansea allowed for almost a full day’s play as unbeaten half-centuries from Billy Godleman and Tom Lace’s ensured Derbyshire responded after Graham Wagg’s ton boosted Glamorgan on the second day.

Wagg smashed 100 off 102 balls and shared a record ninth-wicket partnership of 167 with Lukas Carey, who made a career-best unbeaten 62, to propel the hosts to 394.

But Derbyshire refused to buckle under the scoreboard pressure and, despite slipping to 74-2, reached 221-2 at stumps courtesy of 86 from Godleman and Lace’s 78.

The unbroken third-wicket stand of 147 between Godleman, dropped on 48, and Lace left Derbyshire 173 runs behind when bad light stopped play.

Middlesex picked up three wickets in the 11 overs that were possible on the third day against Leicestershire at Grace Road.

Constant heavy rain forced play to be abandoned without a ball being bowled on each of the first two days.

After Middlesex exercised the away team’s prerogative to bowl first, seamers Tim Murtagh and Tom Helm were understandably tentative in their opening overs.

But the wickets of Paul Horton, Sam Evans and Mark Cosgrove fell in the short period of play to give the visitors a bowling point.

At Emirates Riverside, the umpires made an early decision to abandon play on day three clash between Durham and Northamptonshire.