JOSH TAYLOR accused Regis Prograis of being “dead on his feet” after he had to strip naked to make the 10st super-lightweight limit for their unification fight on Saturday.

The American WBA champ was announced as weighing 10st 1oz so had to call for a towel to be held up around his waist as he dropped his briefs and made 9st 13lbs. 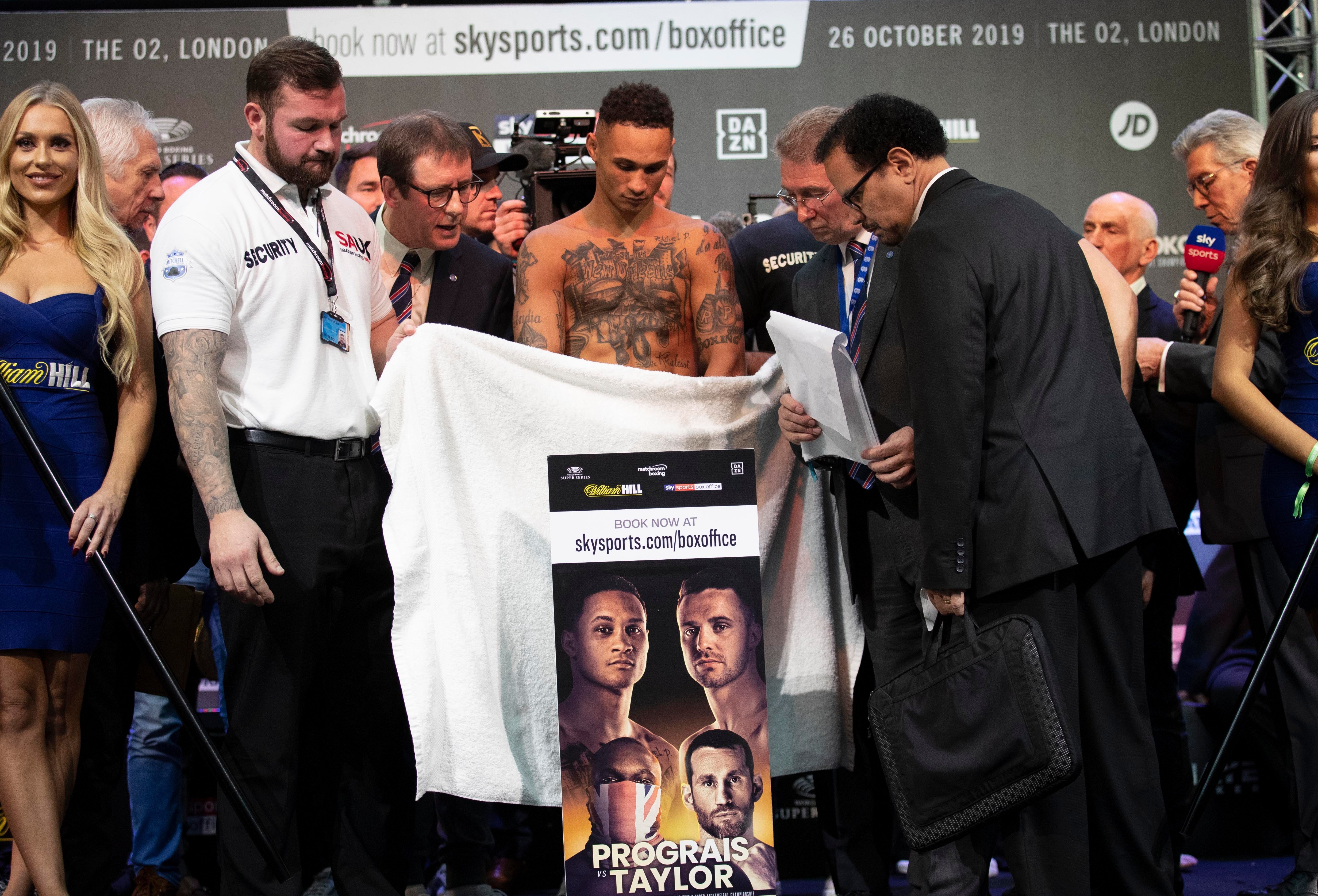 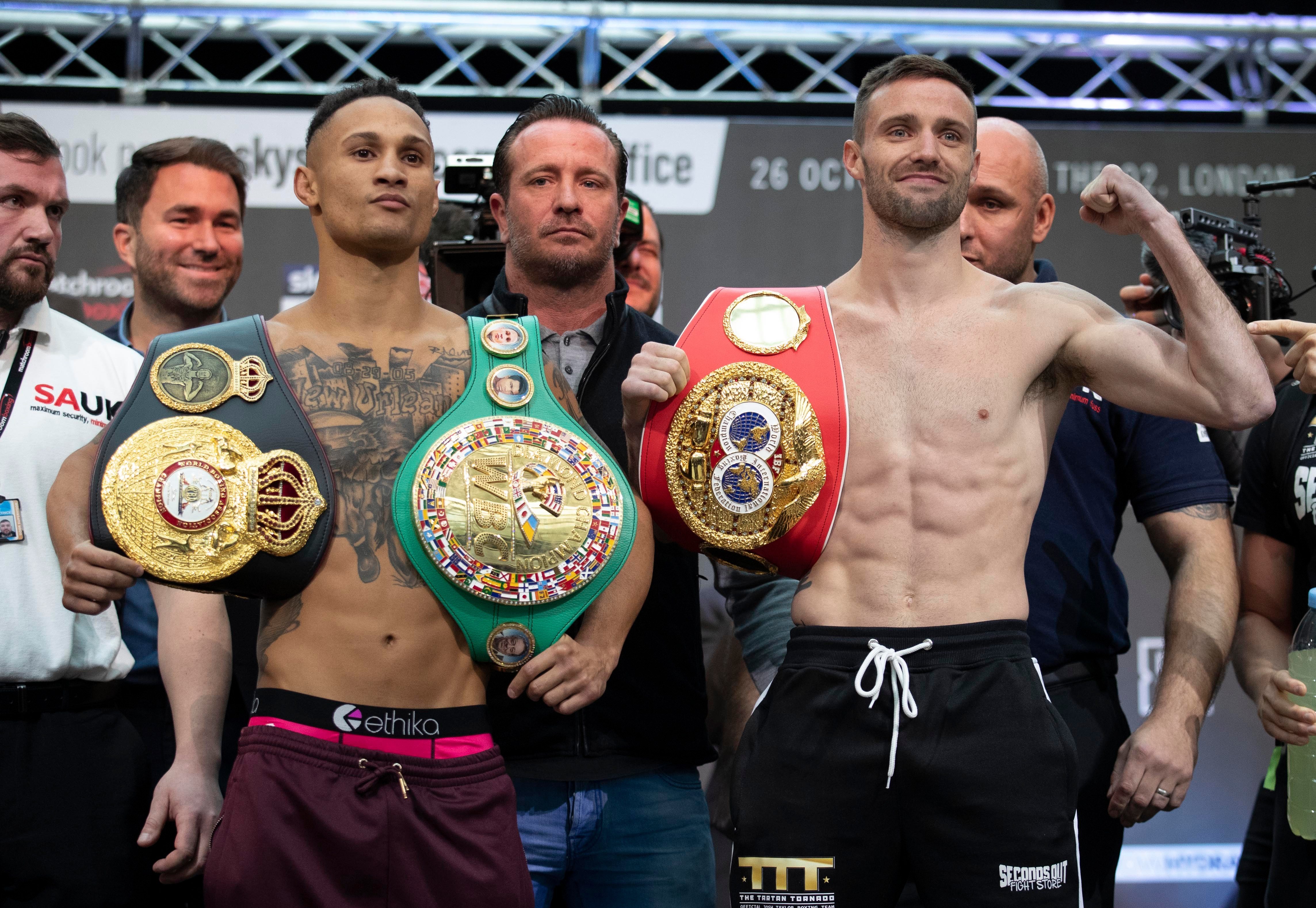 As soon as he made the grade, the New Orleans hero started chugging on a bottle of water trying to rehydrate.

And Scotland’s IBF king took it as a sign he had struggled to shed the final few pounds, a further boost to his brimming confidence.

Taylor, 28, who also weighed 19st 13lbs with his pants firmly on, said: “I always make the weight easily, he looks dead on his feet and he will get planted on Saturday.

“I am ready to fight, I am relaxed and cannot wait to do a number on this mouthpiece.

"He is going to sleep and back to America with his tail between his legs.

“I have dreamed and visualised winning this tournament and trophy from the second I signed up.”

Undefeated Prograis, 30, was called a “w*****” by Taylor at the Thursday press conference for wearing his sunglasses indoors. 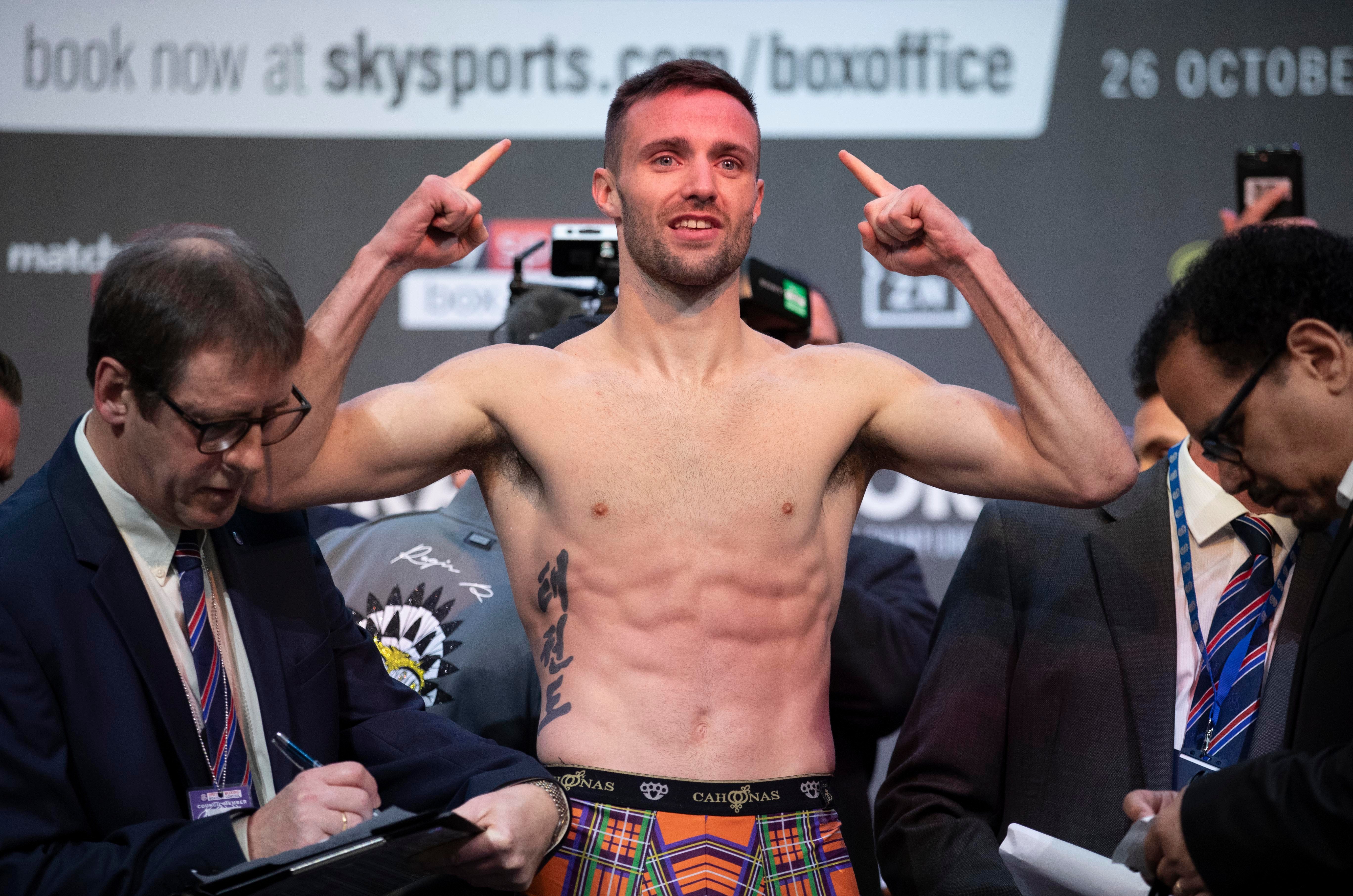 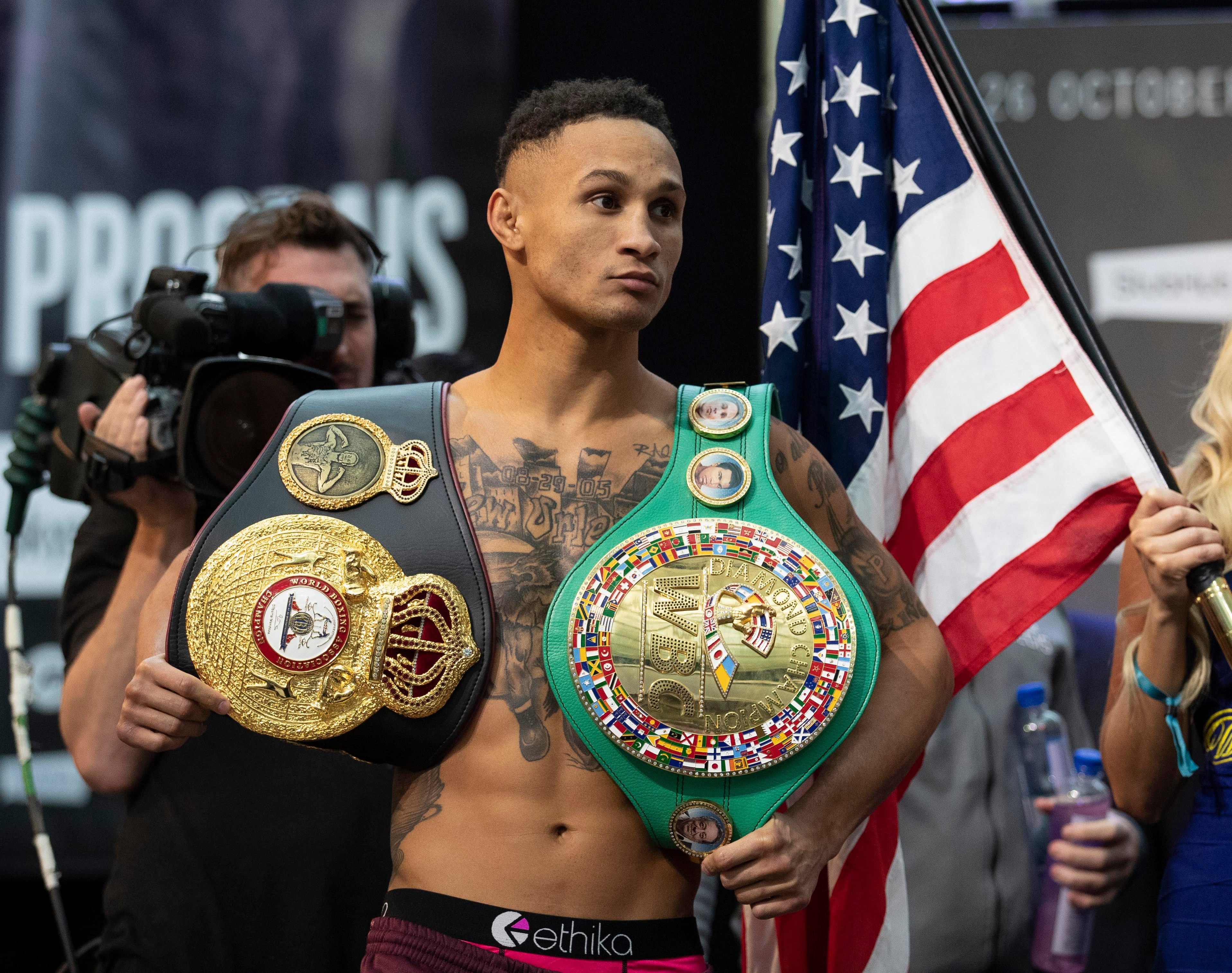 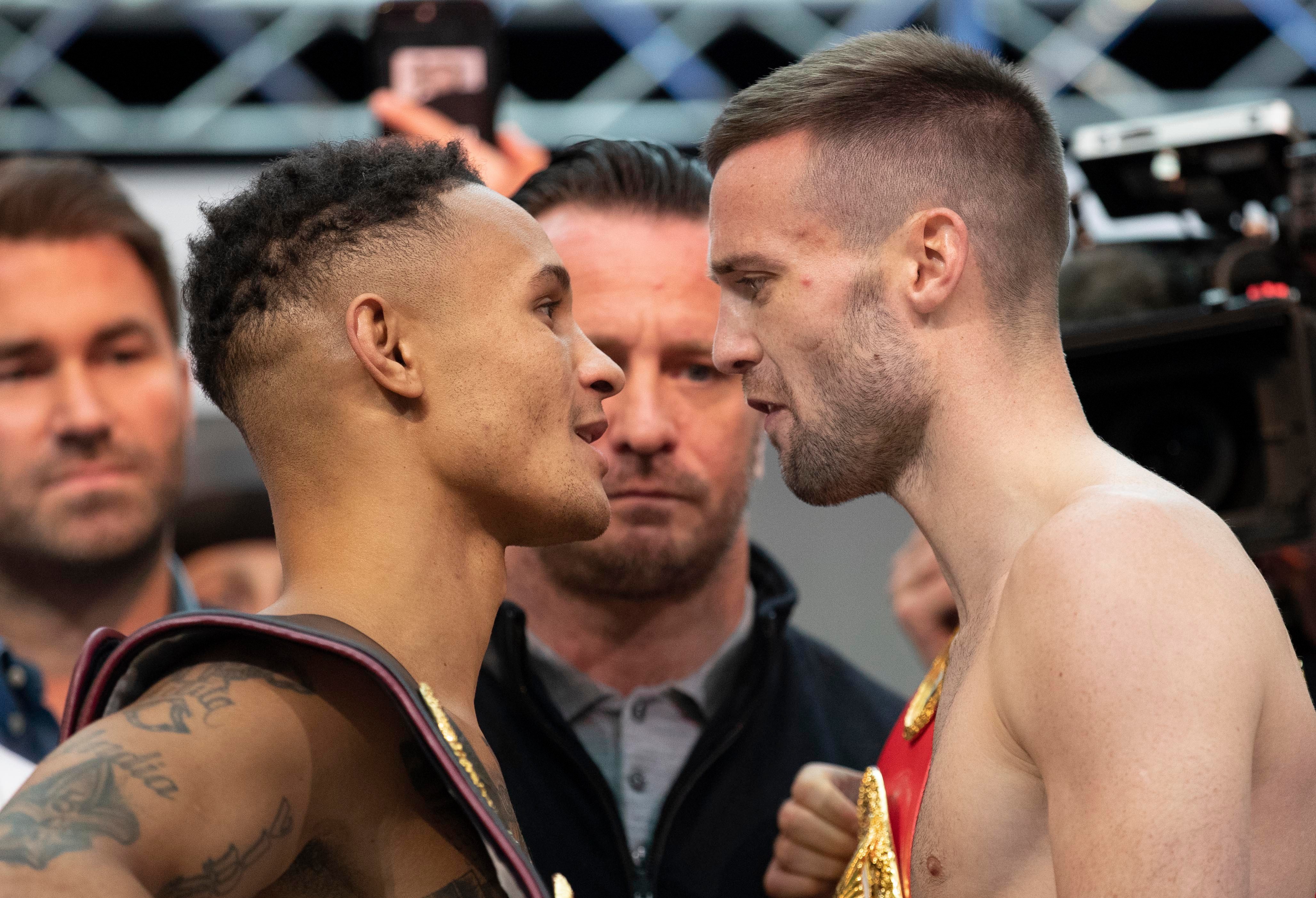 And the pair swapped plenty more X-rated insults on the scales as they faced off for the final time before the World Boxing Super Series final.

Prograis said: "I was not struggling, I am good, it was just a miscalculation, I am just going to beat the s*** out of him.

“It will be a bloody fight. His coach Shane will throw the towel in because he will quit.”